Men are symbols of society as strong, courageous, and resilient. A short history lesson states that men were the hunters , protectors, and providers of both their families and their communities. Many times, a man has been referred to as ‘the rock that held the family together’.

While these ideas are easily said in conversation and understood quite well, it isn’t so easy to represent this sentiment in a visual aid (as in a tattoo).

Though, there is a simple solution for beastly, strong men to represent their strength- this is known as a broken arrow tattoo.

Arrows are representative of moving forward, especially after setbacks. Basically, In order for an arrow to be plummeted forward at its highest speed and towards it’s furthest destination, it needs to be pulled far back for momentum. While a broken arrow symbolizes a less-than-perfect launch, it does symbolize a person being brought backwards in life, being shot forward, and landing with extreme force. So what does that extreme landing do? It breaks the arrow.

This tattoo could stand for an achievement that had set backs, that eventually brought a man forward with such force that he overachieved or exceeded expectations. It may also represent that a man can’t always overcome every hardship, but that he is still fierce and strong. While broken, the arrow is just as useful and powerful. The same can be said for a man who is feeling broken or defeated- he is still a strong and authoritative man.

They may also be representative of a love gone wrong, a lost love, or a divorce. As arrows are known as symbols of Cupid, this would signify a story of Cupid’s arrow being shot to point this man to a certain woman, but his determination and self-respect to not settle for less than his own desires prevailed- regardless of fate or outside circumstances.

These tattoos are simple, cost-efficient, but can have extremely moving meanings and symbolism behind them. They are also easily variable, so they can accommodate most tastes and make it truly easy to have not one alike the other.

Find your next inspirational arrow tattoo in this gallery below: 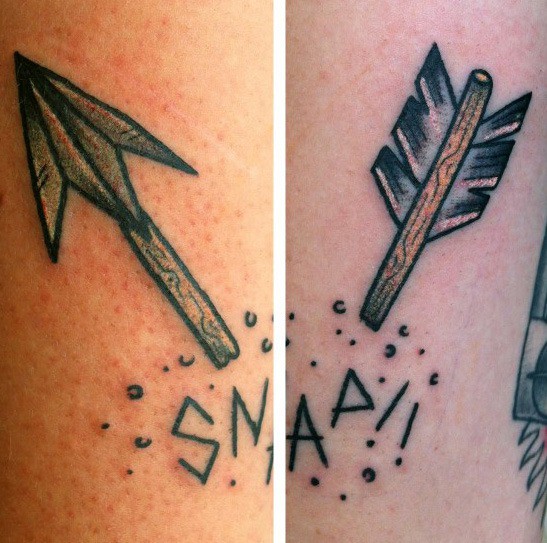 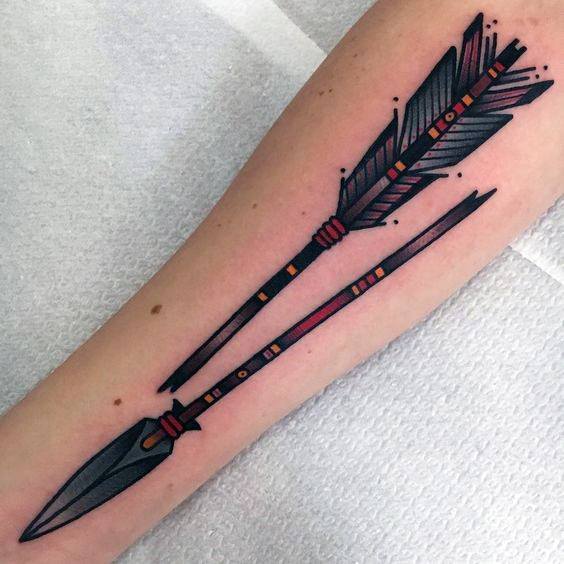 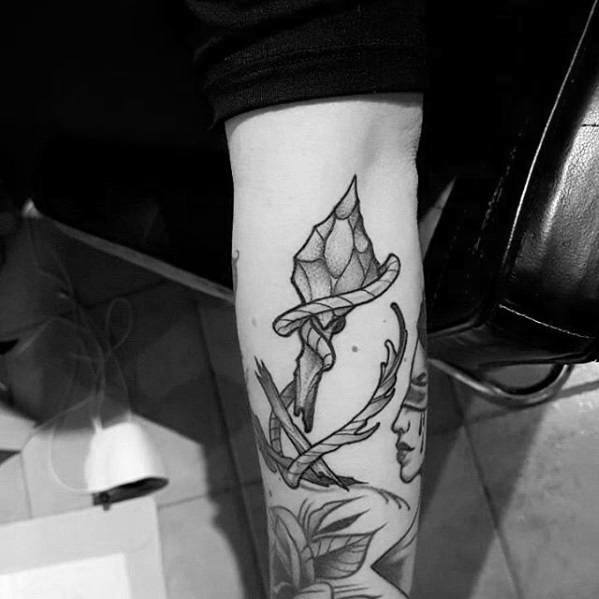 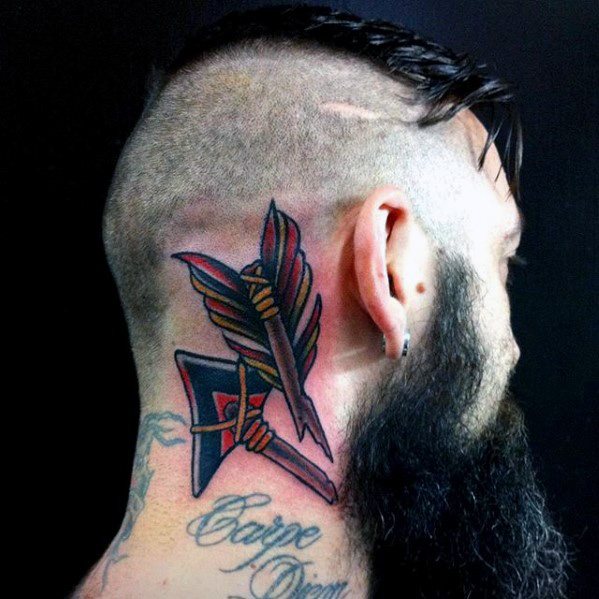 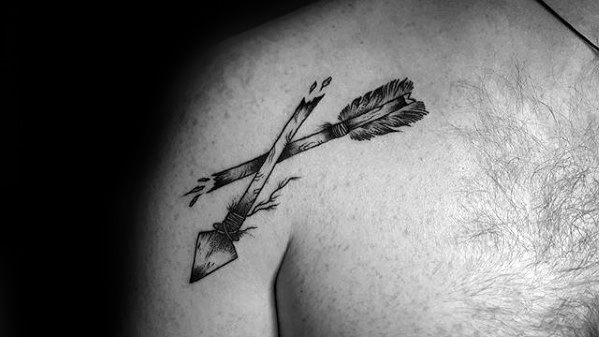 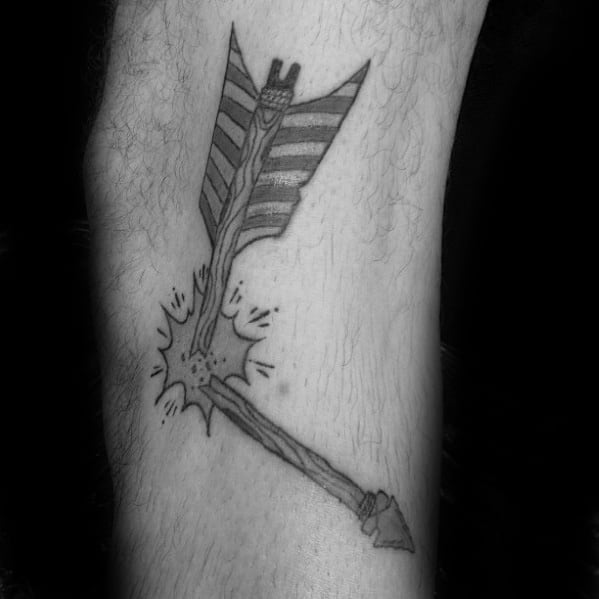 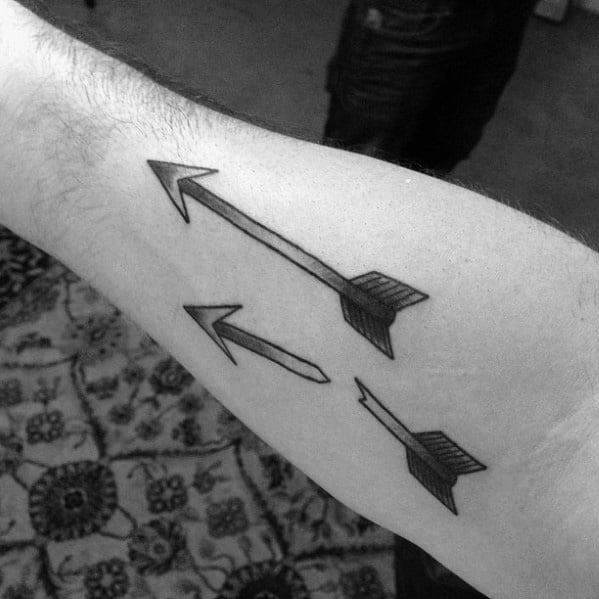 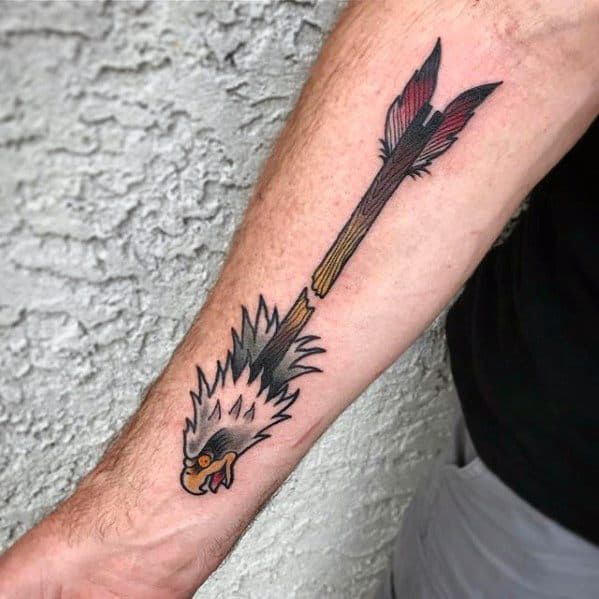 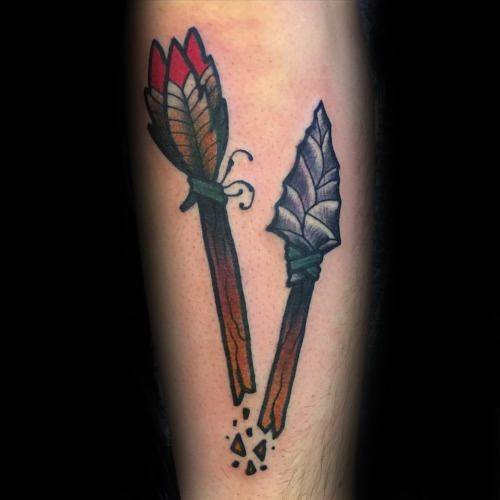 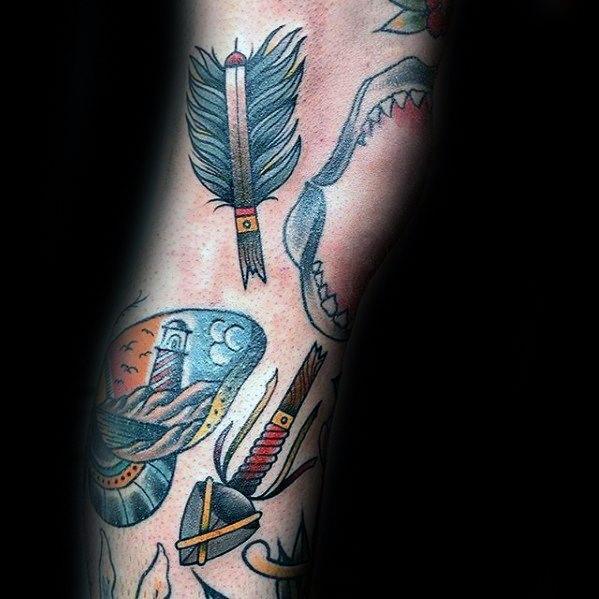 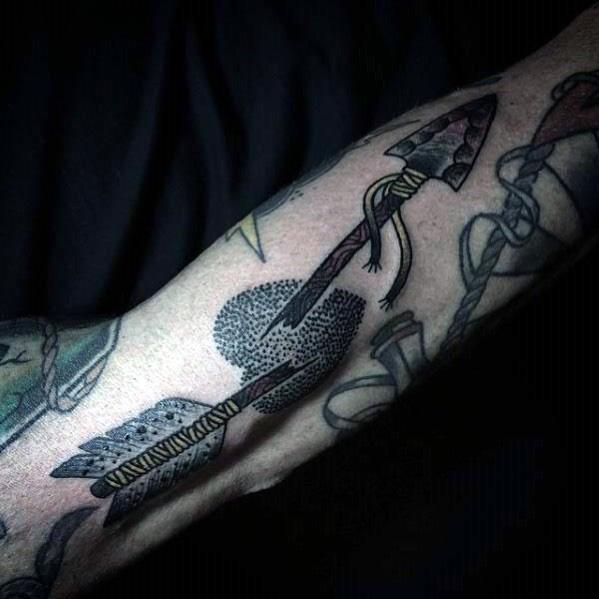 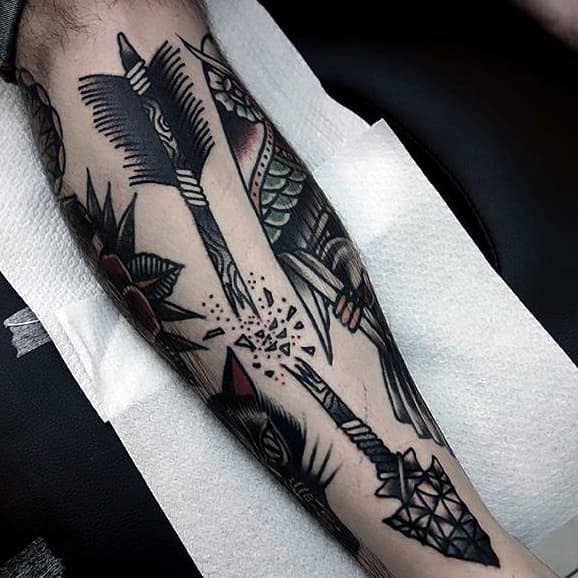 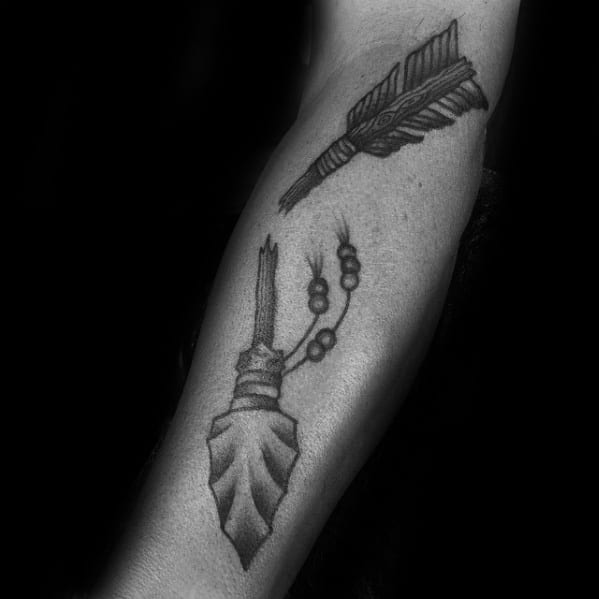 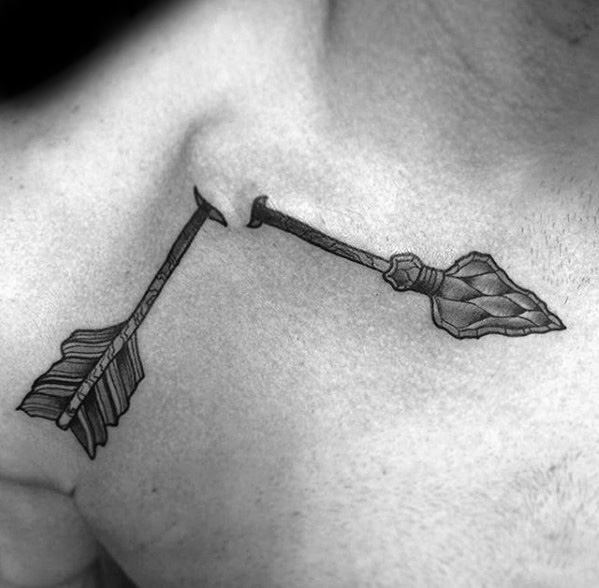 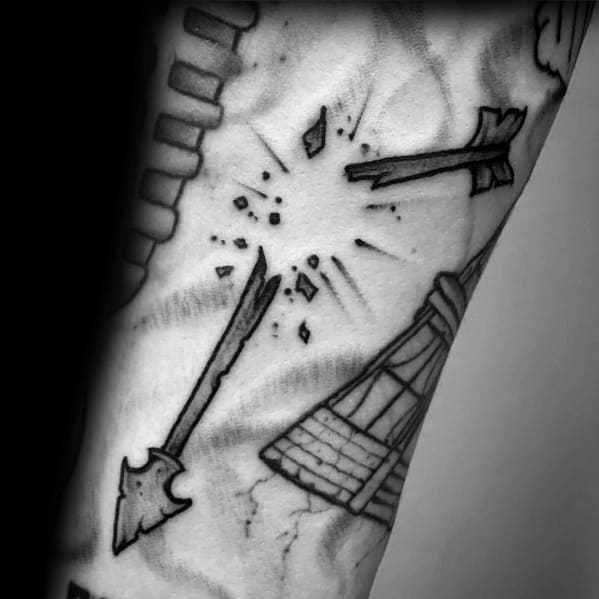 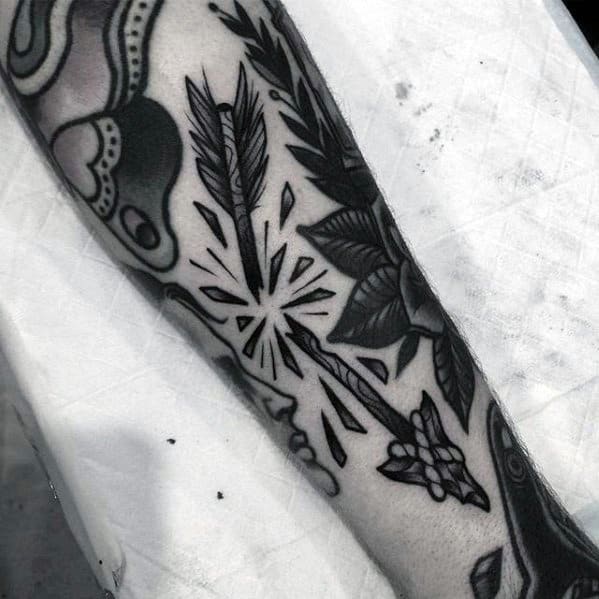 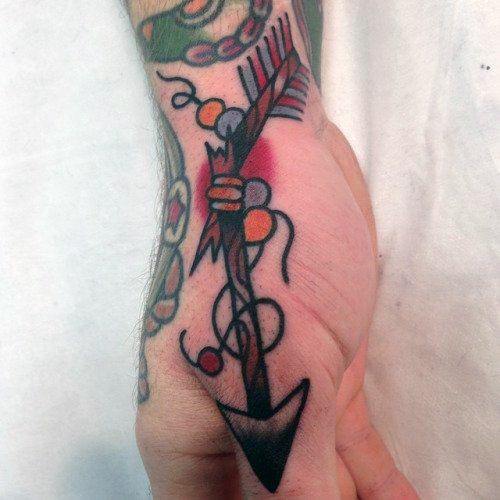 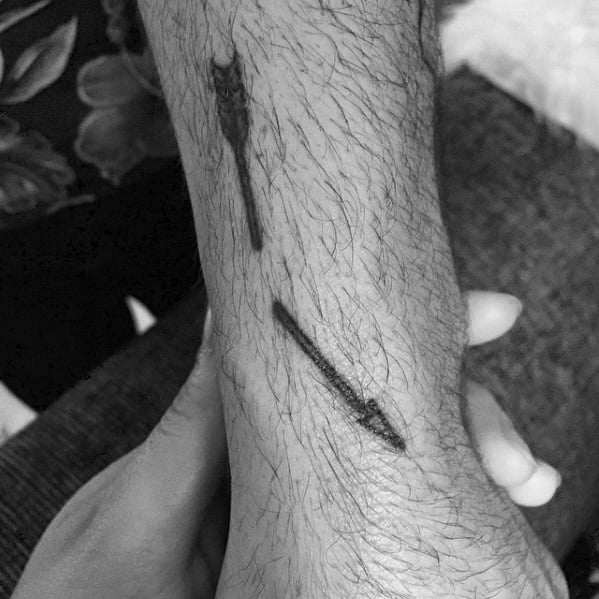 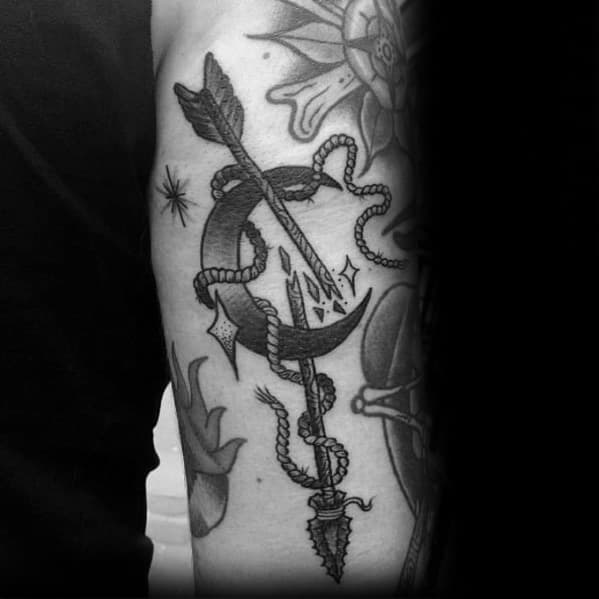 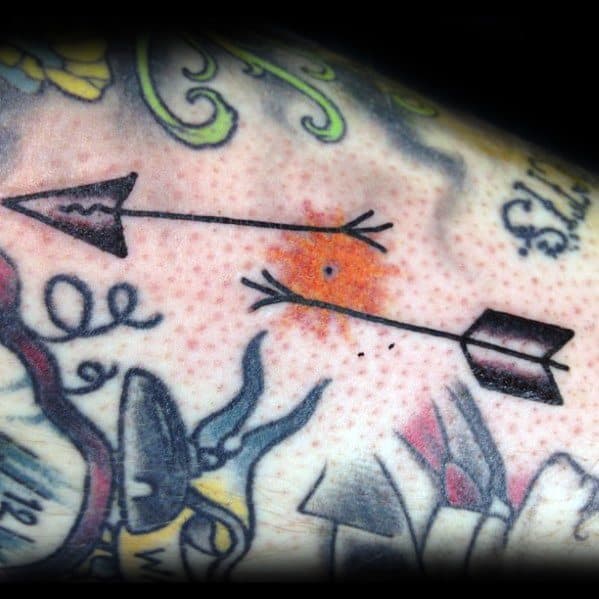 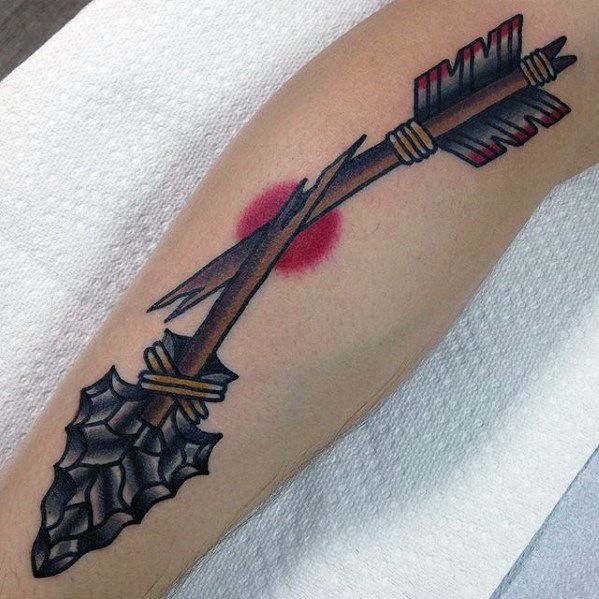 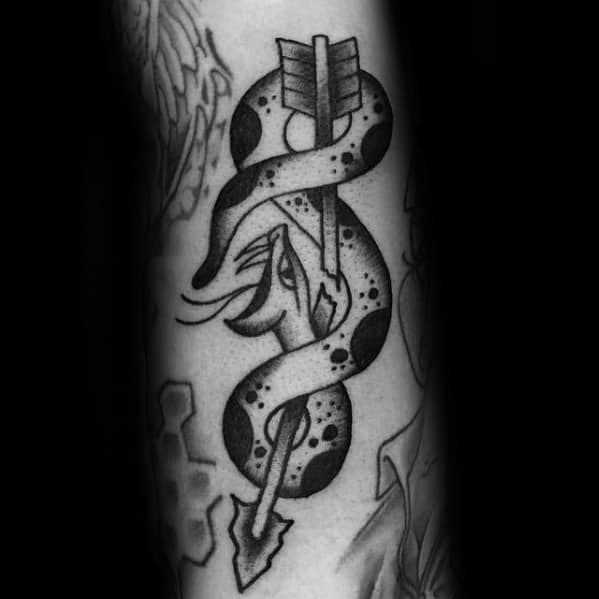 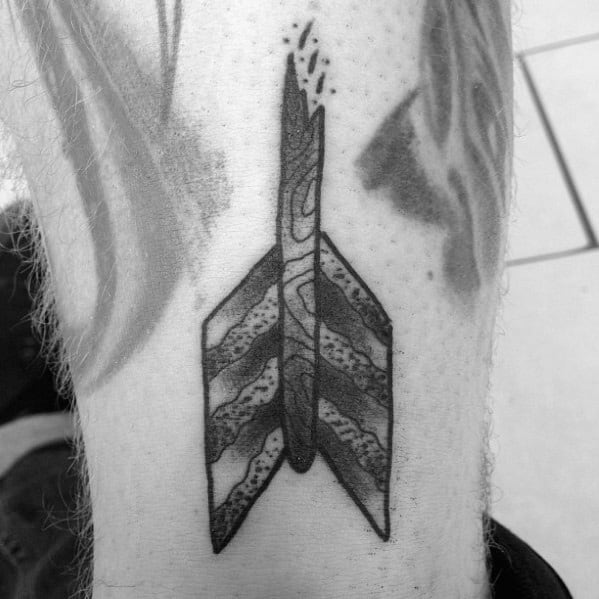 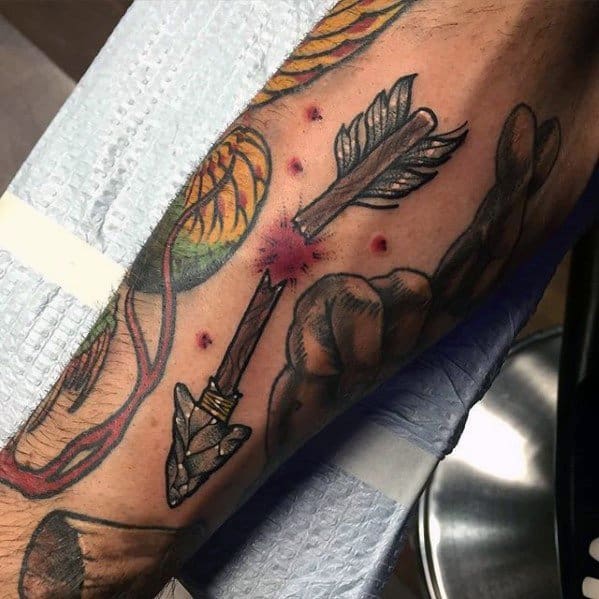 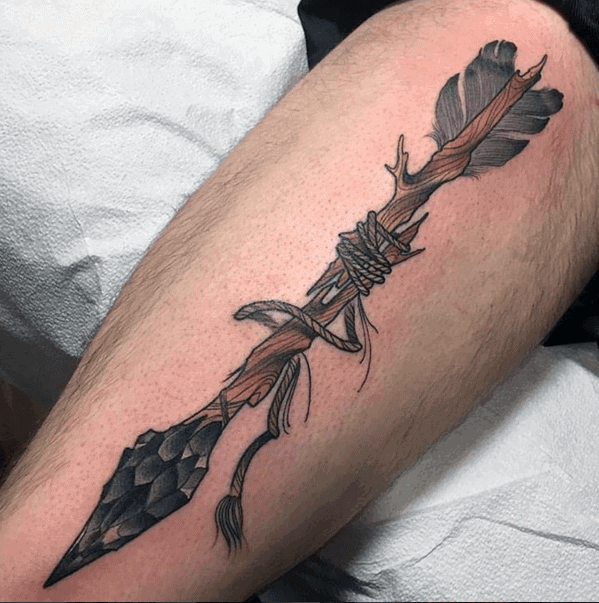 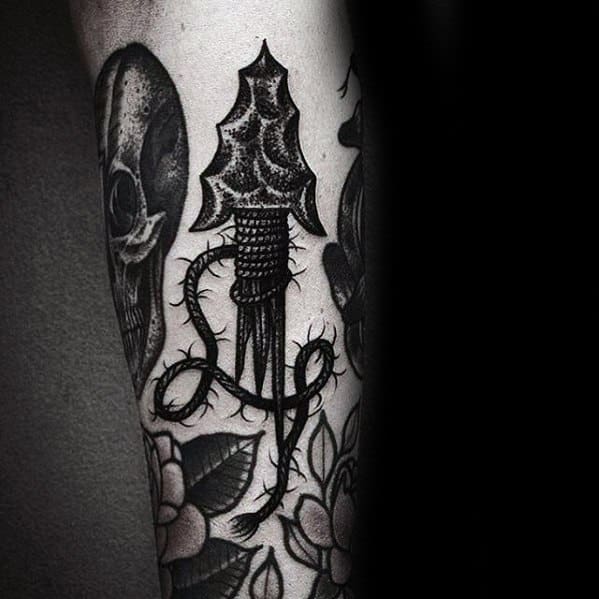 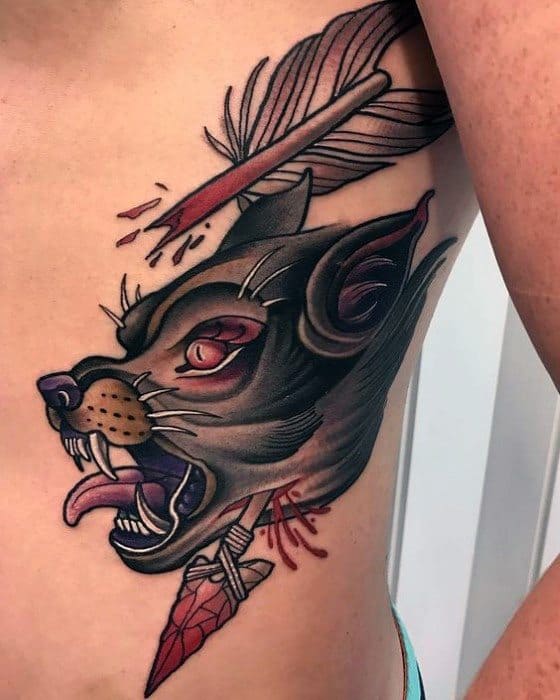 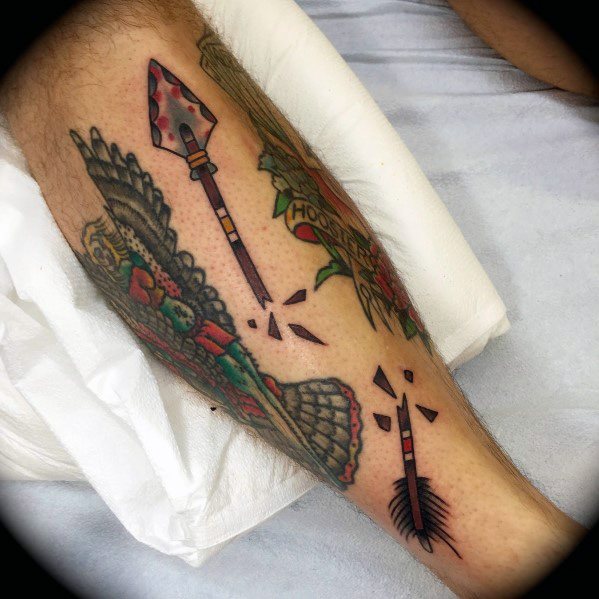 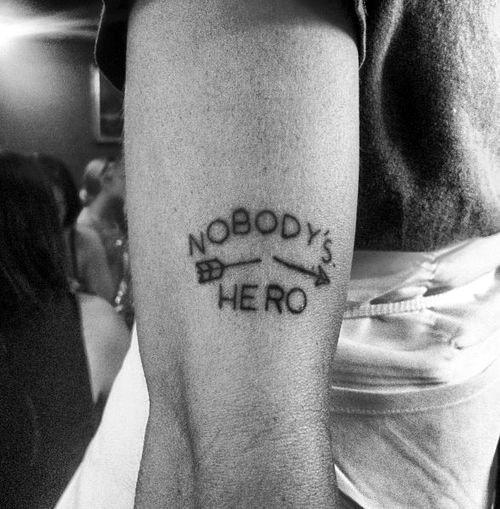 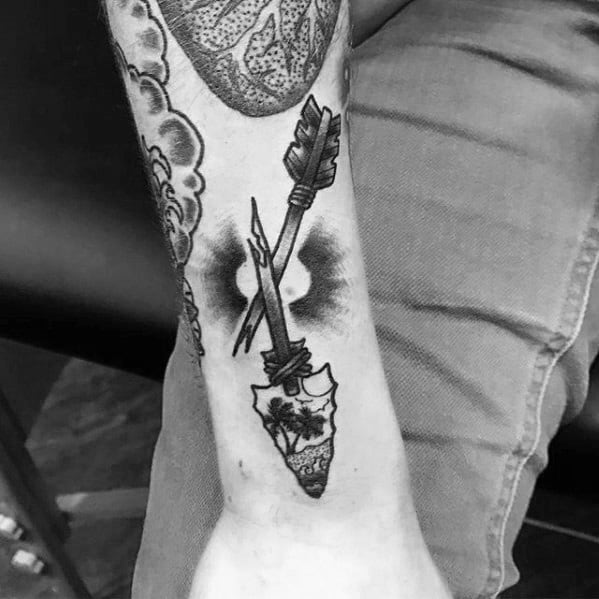