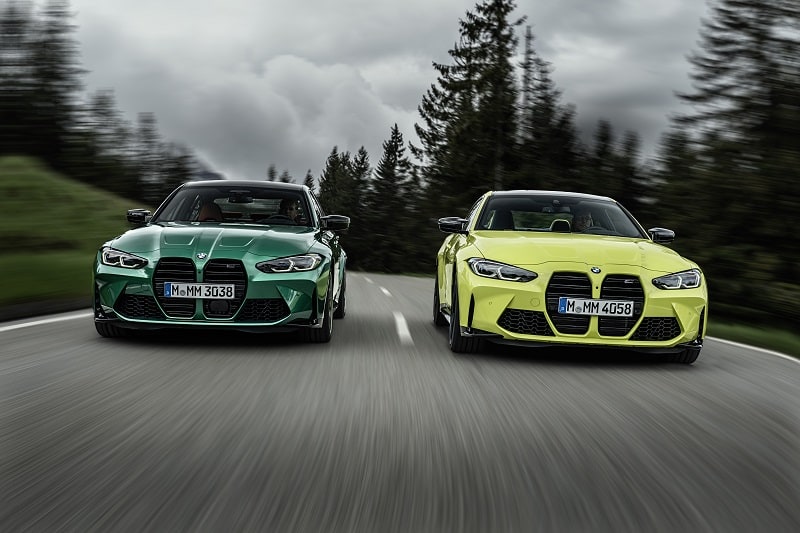 They’re here! Coming thirty-five years after the launch of the legendary E30 M3 – the very-first M series – BMW has unveiled the brand new M3 Sedan and M4 Coupe. Celebrating the 6th generation of the M3 and 2nd generation M4, which first arrived on American shores thirty-three years ago, BMW is again delivering its uncompromised street and track capabilities.

First, let’s talk about those venomous looking front grilles. With a viper like a facade ready to strike at any moment, both cars don a brand new, and much angrier looking display.

Described as the most aggressive and focused models to date, “design is resoundingly function-driven, pure and reduced without compromise,” says Senior Vice President BMW Group Design Adrian van Hooydonk. Taking an even more significant step away from their non-M series brethren, this new BMW “provides an emotionally engaging window into the vehicle character.” 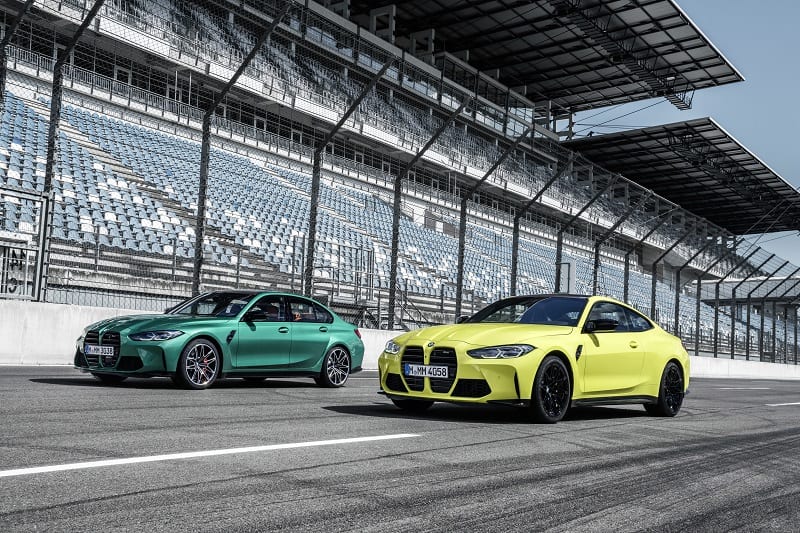 Sporting a large and deep frameless “coffin” grille design, this new look from BMW feeds the massive amounts of air needed to cool both the 3 and 4 M Series engine. With extra cooling provided by large additional intakes on either side of the kidney-shaped grilles, the vertical intakes for the Air Curtains help accentuate the width of the car. The German’s have made this duo look bigger, nastier and whole lot hungrier for speed.

How much hungrier? BMW M GmbH has boosted power in the new M3 and M4 by 48 hp. Or 59 hp if you go for the competition models.

Powered by the latest version of the 3.0-litre, inline-cylinder, BMW TwinPower Turbo S58 motors, capable of producing 503 hp, both the M3 Sedan and M4 Coupe also offer the choice of a traditional 6-speed manual transmission, a rarity amongst performance cars like this. Those accustomed to automation will have an eight-speed gearbox to enjoy. 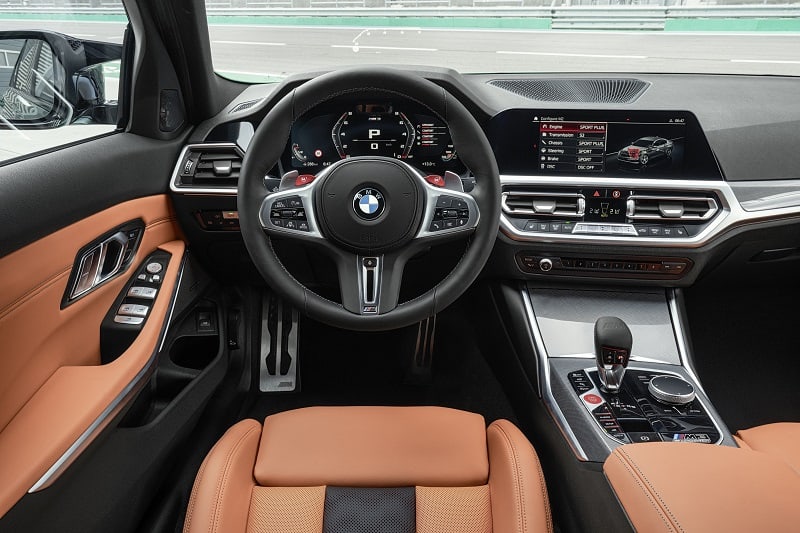 Racing against the competition, these new M Series additions will do battle against the Audi RS4/RS5, Alfa Romeo Giulia Quadrifoglio and Mercedes-AMG C63. With four models on offer for the 2021 release, BMW adds two Competition models, each with xDrive capabilities for enhanced traction capabilities.

Offering three driving modes, drivers will have the choice between 4WD and 2WD, depending on track day environments or if it’s raining during your work commute. 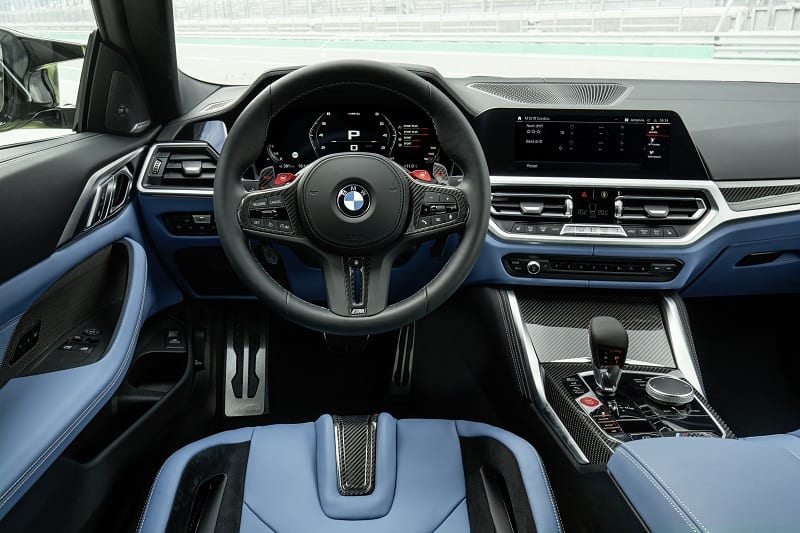 Stepping inside both the M3 and M4 offers unparalleled interior luxury with the latest in infotainment technology. With M Sport seats trimmed in Merino leather or the Carbon buckets with removable head restraints for the track, whether you plan to race or cruise in style, you’ll be afforded both thanks to integrated pass-through holes for multi-point racing harnesses.

Plus with a 16-speaker surround-sound system provided by guys over at Harman Kardon, whether they hear the roar of the engine or not, they’ll definitely hear the bass when you crank up the volume. 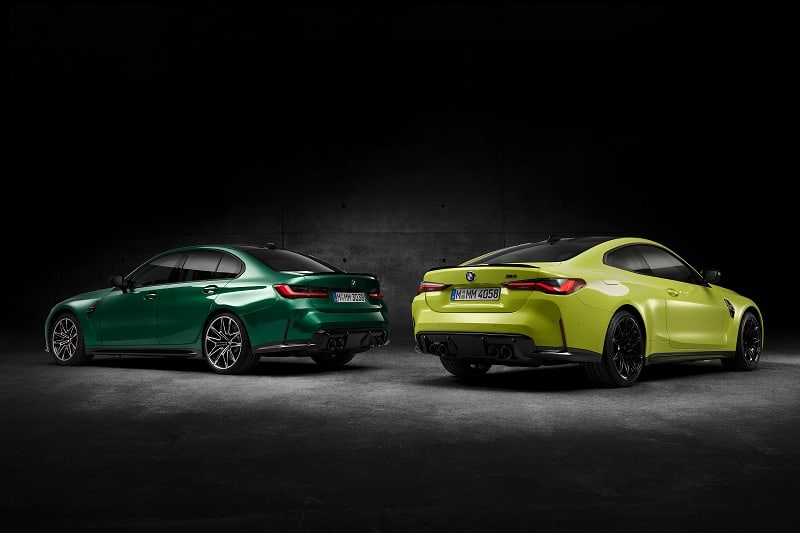 To learn more about the upcoming M3 and M4, visit the BMW website bmwgroup.com, and take a look at their online configurator to build your next dream car.