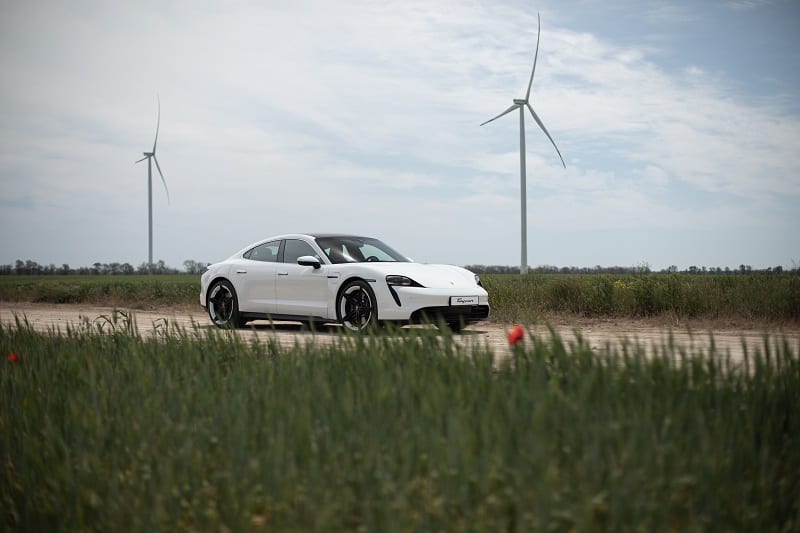 The luxury electric car market is seeing an increase in consumer interest in 2021. More people globally are opting to purchase a luxury electric vehicle because of its reduced environmental impact, improved performance, and high-end features. In addition to this, luxury electric cars are much more affordable and attainable than most luxury high-performance diesel and petrol vehicles.

In the past, luxury electric vehicles were seen as novelty cars because of their long charging times, expensive price points, and limited model variety. Yet, many renowned and startup auto manufacturers are turning their attention towards manufacturing premium quality luxury electric cars within the last decade.

This means that there is a significantly larger variety for consumers to choose from, with many brands having improved electric vehicle ranges that require less charging times and enhanced performance capabilities. If you would like to learn about a few of the best luxury electric sports cars in 2021, this article might be of interest to you. 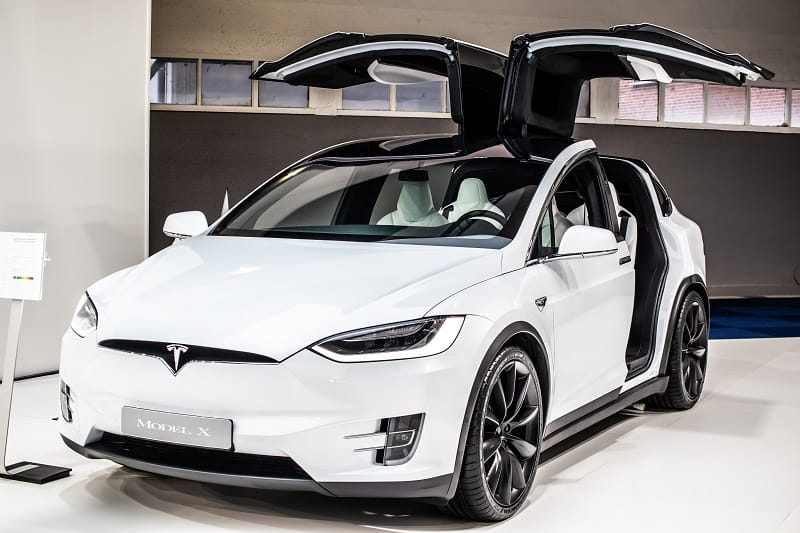 Amongst the many SUVs on the market, there are a few models that stand out. Yet, it’s the Tesla Model X that is capturing the interest of vehicle owners who like large luxury models. This car is an electric SUV with a rugged yet sleek appearance and is packed with practical features.

Inside, the vehicle has an uber-modern feel with a high-tech minimalist cabin that is spacious and neat. This car can seat up to seven people. The futuristic interior includes cooled front seats, hands-free doors, wireless charging, and semi-autonomous self-driving abilities. In addition to these features, those who enjoy touchscreen features in a vehicle will likely enjoy the huge touchscreen infotainment center that allows drivers to control nearly every vehicle setting.

The Tesla Model X can drive a range of 360 miles before it needs to be recharged at a charging station in the city or a residential address. It is also equipped with the infamous “Ludicrous Mode” that allows the electric car to reach 60 mph in only 2.7 seconds. Perhaps what is most impressive about this luxury model is its ability to attain a grand top speed of 155 mph despite its utilitarian build. 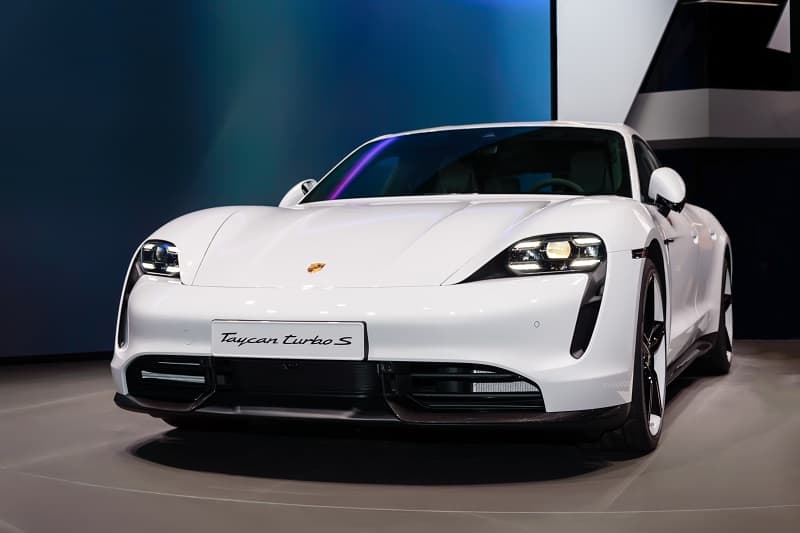 Porsche has long been a famed auto manufacturer with hundreds of iconic vehicle models over the years. Despite this, it took until 2021 for Porsche to finally enter the electric vehicle industry, managing to break through electric performance barriers to provide a sports sedan that functions entirely on electricity. Despite its electric engine, the Porsche Taycan has incredible acceleration capabilities and provides drivers instant power when they need it.

Unlike other luxury electric models, the Porsche Taycan is the first production electric vehicle to use an 800V system and two-speed transmission, which means it is faster than its competitors. In addition to reaching 162 miles per hour, the Taycan can also charge incredibly fast. This model needs only 22 minutes to charge from 5% to 80%, and its driving range is 200 miles before it needs to be recharged.

The Porsche Taycan also has a lush interior design while maintaining the sleek exterior appearance synonymous with the brand. There are also impressive features. For example, this vehicle possesses leather seats, in-car Wi-Fi, Apple CarPlay, keyless ignition, and an array of safety features. 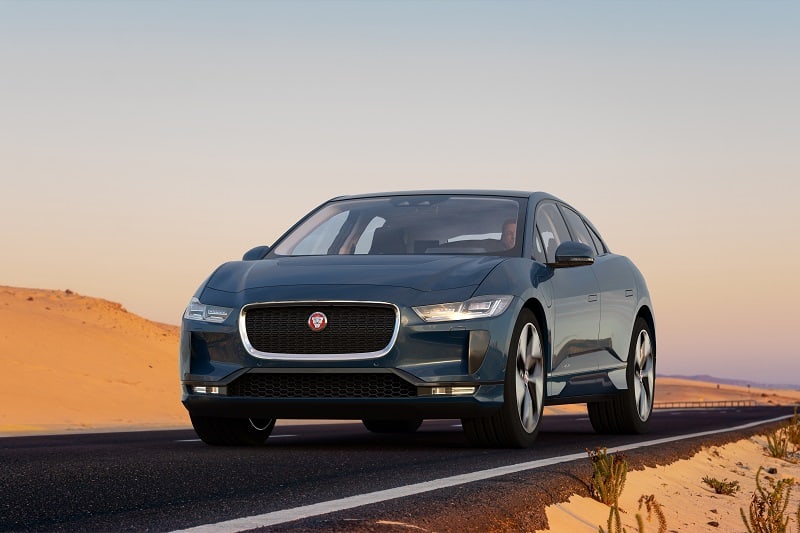 If you want to own one of the most high-tech luxury electric vehicles currently available, you should consider the Jaguar I Pace. This model stands out from its competitors with its impressionability and uniqueness. Additionally, it is the brand’s first-ever luxury electric car that has challenged renowned electric vehicle manufacturer Tesla.

The Jaguar I Pace has impressive handling capabilities, a striking aesthetic design, and a high-end luxury interior. Some of the impressive high-tech features present in this model include hill climbing and descent scanners, automatically adjusting LED lights, keyless entry, dual-zone climate control, and an almost silent engine.

In addition to these lovely features, drivers can look forward to a fast charging time. The Jaguar I Pace can charge from 0% to 80% in only 45 minutes. Moreover, this model has a driving range of 250 miles, can reach 60 mph in 4.5 seconds, and has an impressive top speed of 124 mph. 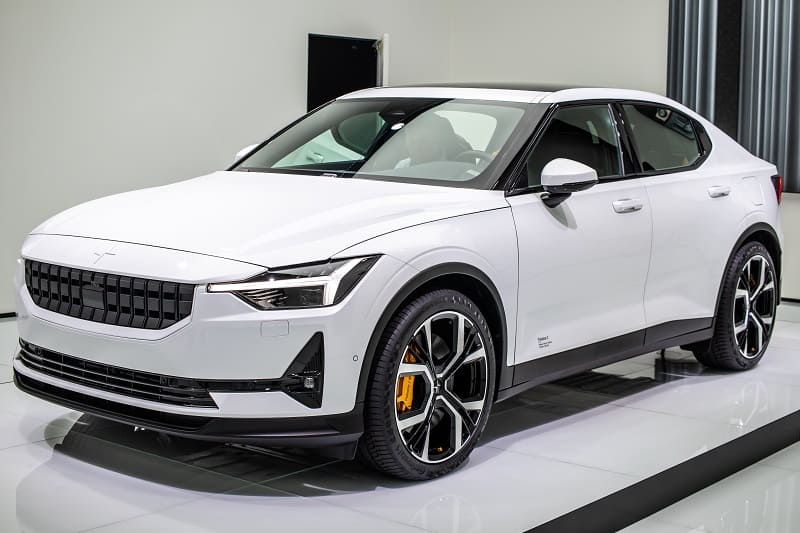 The Volvo Polestar 2 is one of the best modern luxury electric cars with superior safety features. What truly sets the Polestar 2 apart from the rest is that this vehicle arguably has the best infotainment system that flawlessly syncs with all your smart gadgets. In fact, it’s believed that the Polestar 2 has one of the most revolutionary infotainment centers because Android powers it.

Since Android powers the infotainment center, drivers can easily enjoy features such as Google Play Store, Google Assistant, and Google Maps – a fully integrated navigational system. Each of these features helps make driving a more comfortable experience. In addition, the Polestar 2 is also equipped with an impressive sound system, USB ports, and satellite radio.

In terms of performance, this vehicle does not disappoint. The Volvo Polestar 2 can reach 60 miles an hour in 4.7 seconds, and it has a surprising top speed of 127 mph. Additionally, this electric model also boasts near-instant acceleration capabilities, and it can drive 233 miles before needing to be recharged. 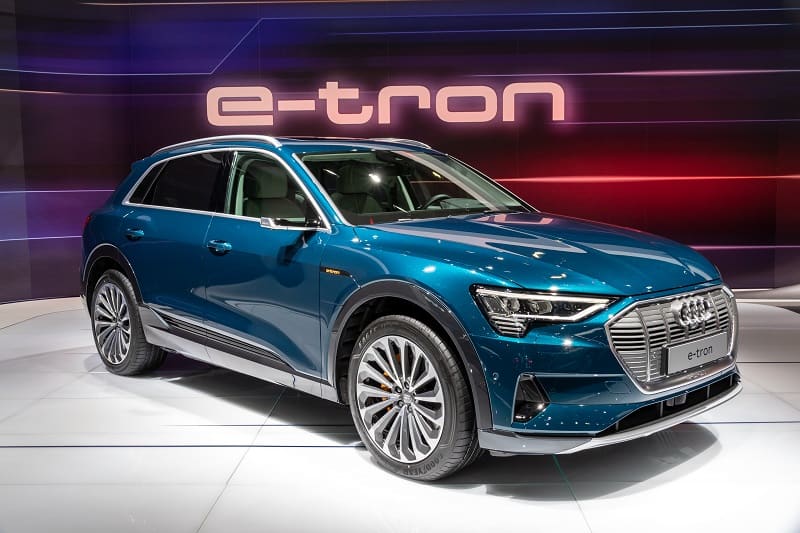 There are not many luxury electric models that are suitable for family use currently on the market, but that does not mean that they don’t exist. The Audi E Tron is manufactured proof that luxury electric vehicles can be family-friendly. This vehicle has an impressively luxurious interior that manages to also be practical.

Inside the E Tron are a panoramic moon roof, an around-view camera, wireless charging, and cooled front seats. This model is also equipped with curve adaptive headlamps, a power trunk, and a heads-up display. The Audi E Tron can reach 62 mph in approximately 6.8 seconds, has a top speed of an estimated 118 mph, and can drive 222 miles before needing to be recharged.

Most families enjoy taking adventures with their children. Previously electric vehicles did not offer many opportunities for family travel. However, the Audi E Tron is ideal for family vacations. This model has a 4,000-pound towing capacity and air suspension, which not only provides phenomenal handling but also allows for easy hitching of trailers and motorhomes. 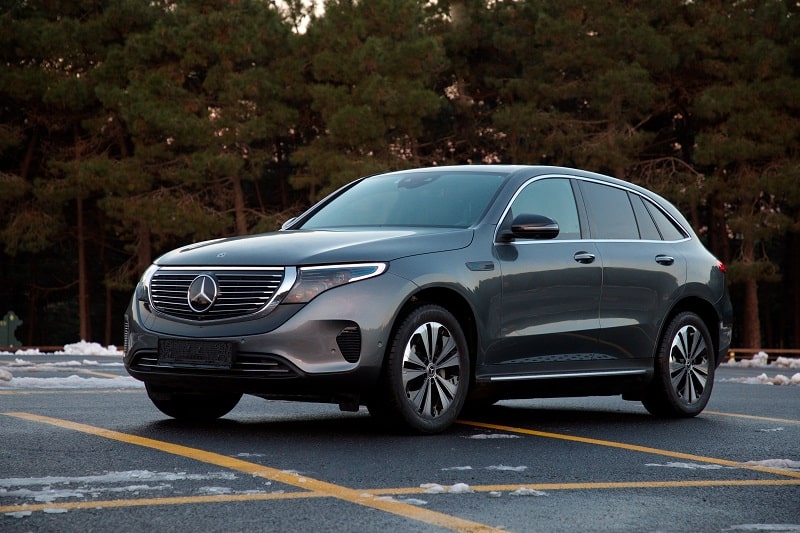 Some of the other notable tech features present in this car include Android Auto, a Wi-Fi hot spot, and Apple CarPlay. This Mercedez model has room for five people, and it can drive 200 miles before needing to be recharged. Furthermore, the EQC can reach 60 mph in 4.8 seconds, and it has a top speed of approximately 112 mph. 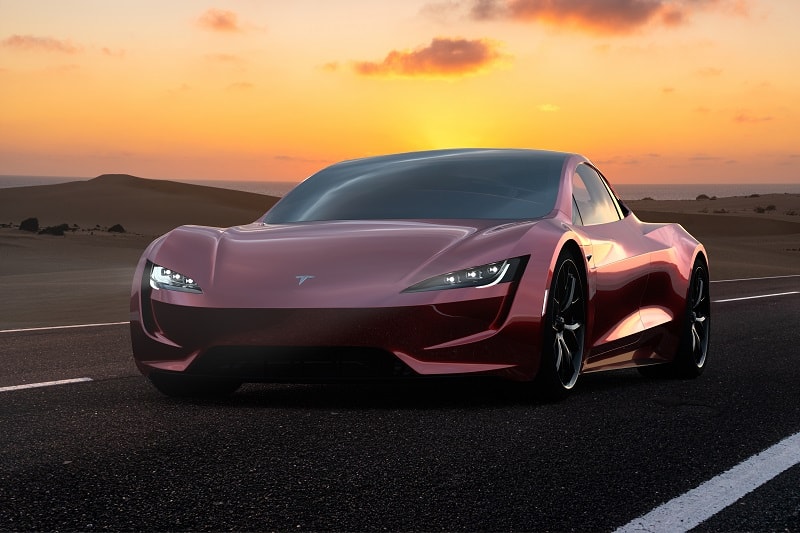 Most electric vehicles cannot drive incredibly fast when compared to leading diesel and petrol luxury models. Yet, there are a few that can compare. Arguably one of the best luxury electric vehicles with the fastest acceleration capabilities is the Tesla Roadster. This vehicle provides a heart-stopping thrust when it is driven from a standstill to full speed at a moment’s notice.

The Tesla Roadster is a second-generation vehicle manufactured by the Tesla brand. This new and improved model has significant upgrades in addition to its aerodynamic design. For example, the vehicle has a higher driving range of an incredible 620 miles before needing to be recharged. It also has room for four passengers, has a lightweight removable glass roof, anti-lock brakes, traction control, and front airbags.

Its performance specifications are also impressive, as we previously stated. The 2021 Tesla Roadster can reach 250 mph and can reach 60 mph in an astounding 1.9 seconds. 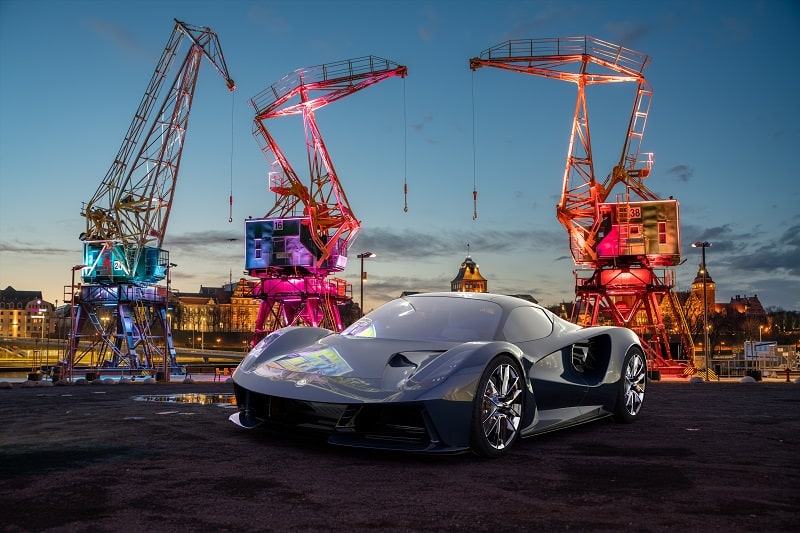 The Lotus Evija truly pushes the boundaries of modern electric vehicle technology. Unlike the other electric cars on our list the Evija’s design draws inspiration from track vehicles which is why its exterior design is so spectacular. It features aerodynamic muscular curves, a distinctive wing on the rear, and beautiful butterfly doors.

This luxury electric hypercar has four motors that allow it to produce an awe-inspiring horsepower rating of 2000, making it the most powerful electric vehicle in production globally. The Evija can reach 60 mph in less than three seconds, it has a significant top speed of 186 mph, and it can drive 215 miles on a single charge. 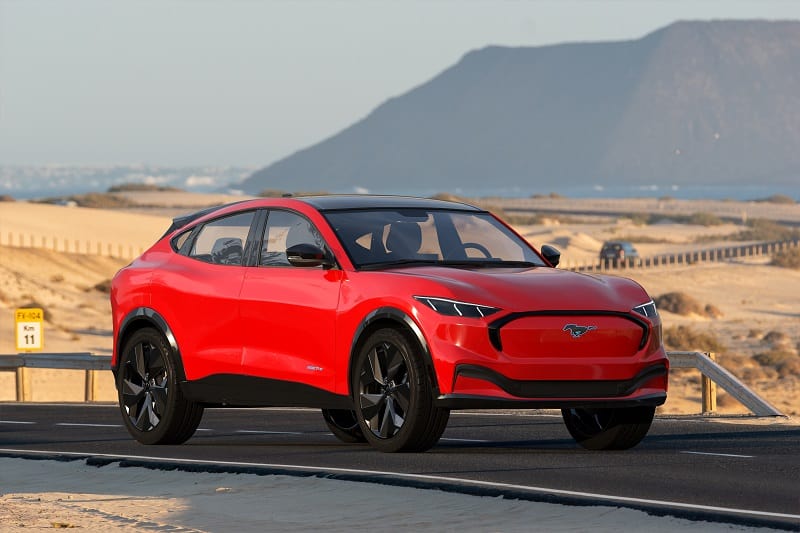 Not all luxury electric vehicles come with hefty price tags. One of the best budget electric cars is the Ford Mustang Mach E. Although this car might be less expensive than comparable models, it still serves comfort, reliability, style, and impressive performance.

The Ford Mustang Mach E has a distinctive style that almost mimics the diesel and petrol-powered models of the brand. Yet the Mach E has a futuristic edge that they lack. The Mach E doesn’t only have an eye-catching exterior; it also has notable interior features. For example, this model possesses an intuitive infotainment center, a spacious five-seater cabin, and plenty of smart storage options.

In addition to the sleek exterior and the feature dense interior, the Mach E’s engine capabilities are also worth mentioning. This model can drive 300 miles with a single charge, can reach 60 mph in 5.1 seconds, and has an impressive top speed of 160 mph. 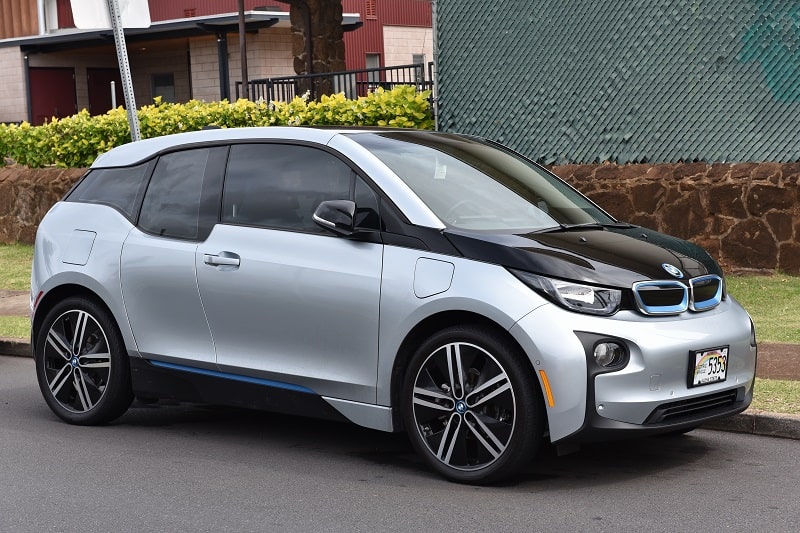 BMW is one of the world’s pioneering electric vehicle manufacturers, and their ingenious can clearly be seen in the BMW i3 model. The BMW i3 is certainly one of the most sought-after daily commuting luxury vehicles. This model excels at being a city car due to its compact design, efficient maneuverability, nimble handling, and comfortable interior.

There are some of the notable features present in this sporty yet futuristic four-seater model. These features include front-heated seats, integrated turn signal mirrors, Apple CarPlay, an alarm, single-zone front climate control, keyless ignition, rear parking sensors, and a modern navigational system.

In addition to these features, the BMW i3 is also very spacious and has rapid charging capabilities as it can reach a full charge in approximately seven hours. This electric model has a driving range of 153 miles before needing to be recharged. Additionally, it can reach 60 mpg in 7.8 seconds, and it has a top speed of 93 mph