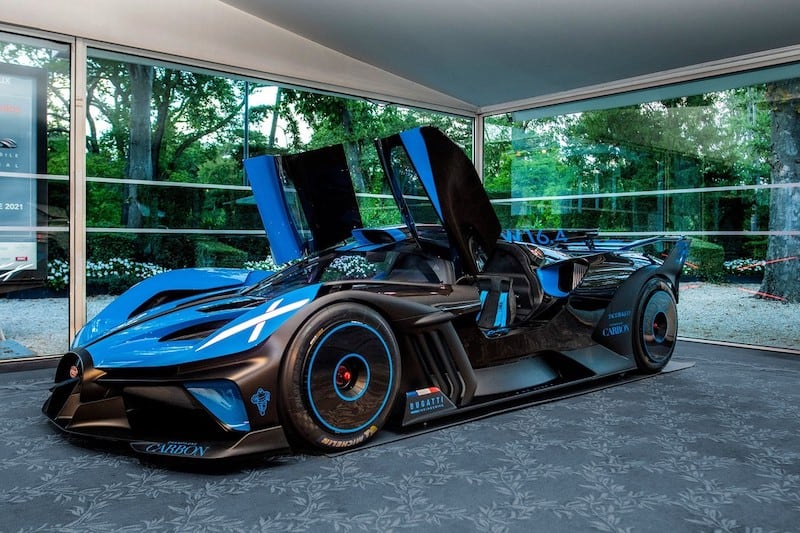 The planet’s most beautiful hypercar to date, designers say, has entered the atmosphere in the form of a spaceship-like mechanical beast of a car known as the 1825 HP Bugatti Bolide Prototype.

On the floor at the 36th Festival Automobile International in Paris, France, it was the star of the show. Of course, the car is going to steal glances in any locale, but the showcase showdown ended with the Bugatti Bolide being named number one.

This year, the professional designers bestowed the honor of “world’s most beautiful hypercar” to the wavy black and blue ride.

The ceremony is likened to a beauty pageant for cars by many. This year, when the Bolide took the crown, it took out other contenders like the Gordon Murray T.50, the Mercedes-AMG One, and the Bac Mono 2. 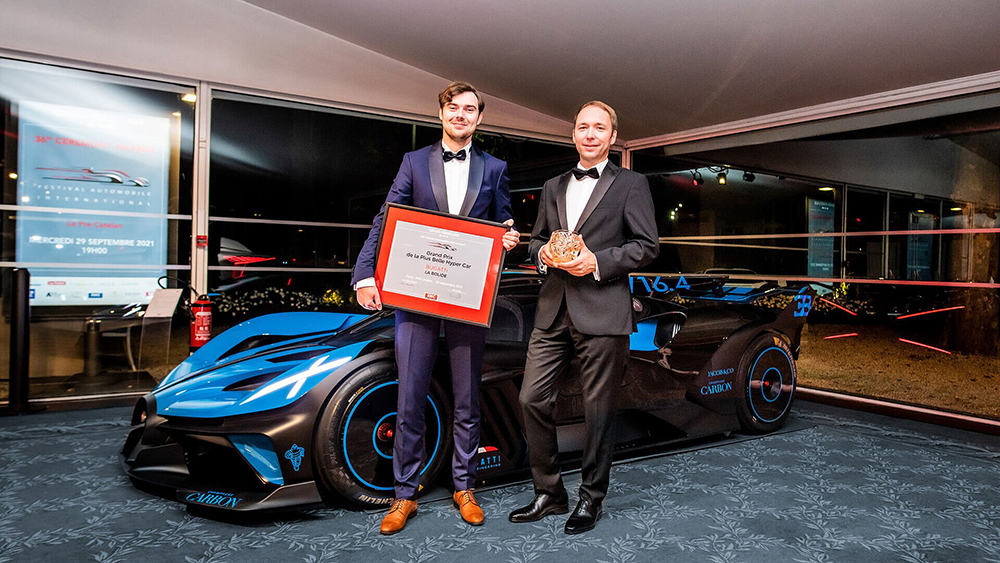 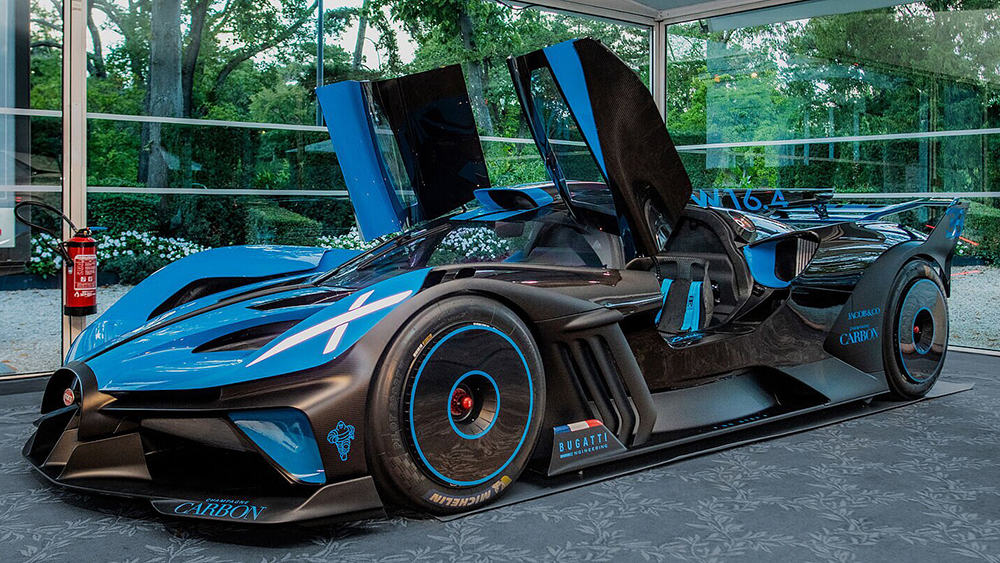 Bugatti determined to debut the model in October of 2020. Since then, it’s received plenty of accolades. The Le Mans-style fenders, large cockpit, shark fin rooftop, rear ring, sleek taillight, and expansive hood scoops make the hypercar stand out in all the right ways.

The car does not come far up off the ground, so the air intake scoop sits atop the vehicle’s roof. The seating position nestles the driver in near the ground. The cabin interior, decked out in black (with electric blue accents) fits the daredevil archetype a little too well.

Those with some cash burning a hole in their pocket will be pleased to know Bugatti recently commenced its $4.7 million production of a model that reflects the showstopper. In the same style, the for-public offering offers 1577 hp and 1,180 ft-lbs of torque.

It’s a limited run too, with only 40 vehicles being produced in this style. 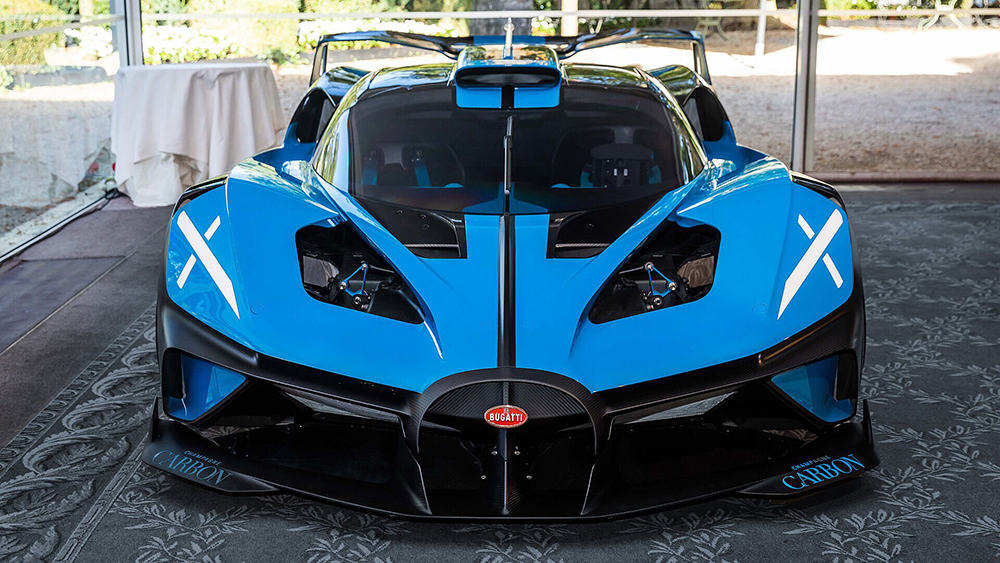 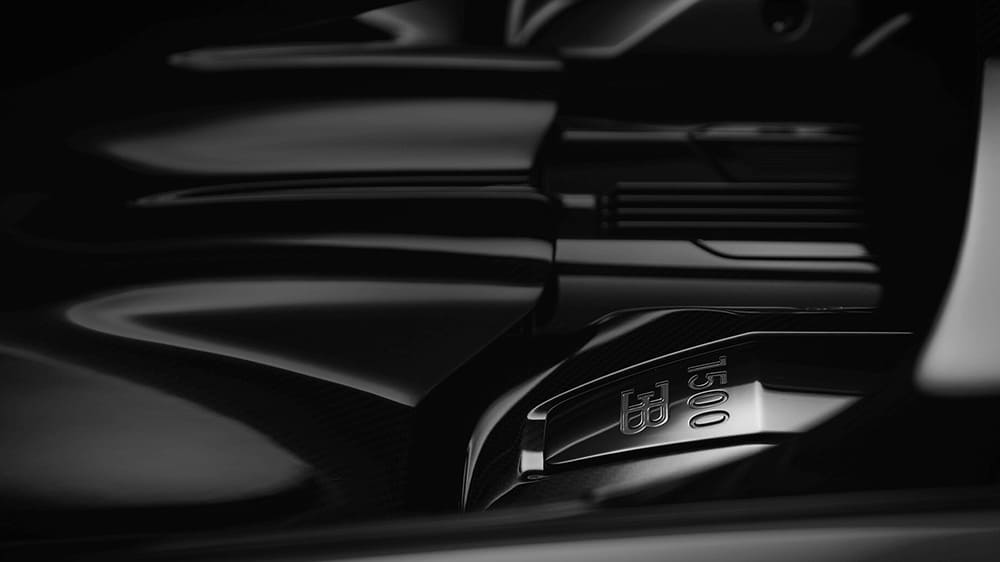 In a statement, Achim Anscheidt, the design director at Bugatti, outlined “The Bolide was an entirely different challenge for [the] design team.” He further explained that the car’s concept had to be stripped and rebuilt to reach such an extreme point.

Although the intention was to align with Bolide’s technical requirements, the form was shaped around function.

The statement ultimately took a step back from the tech talk to share a sentimental word: “It’s an honor for us that the resulting design has won such a highly coveted award, voted for by experts in our field.”