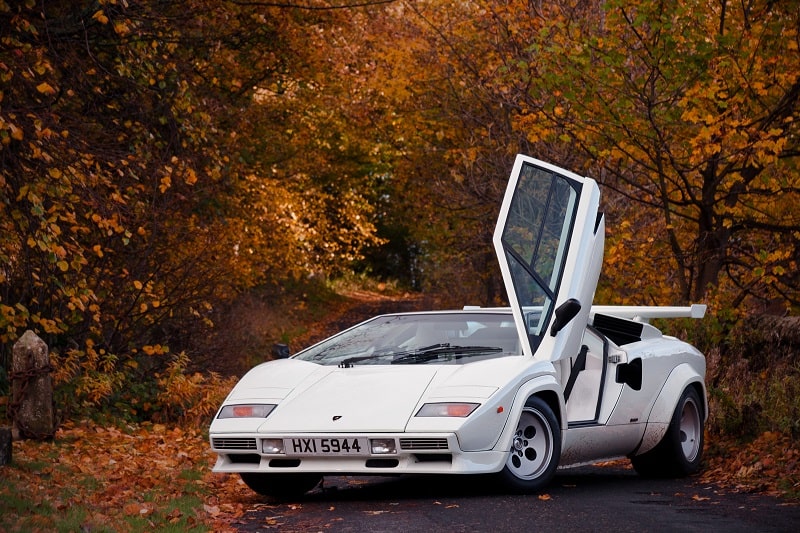 The History of the Lamborghini Countach

In the world of luxury supercars, everyone has heard of the brand Lamborghini. For decades this automobile manufacturer has been creating new designs that have continued to capture the hearts of sportscar fans. Yet, many of the brand’s original models have maintained a strong market presence, and their expert designs and craftsmanship have placed them into the auto industry history books.

The Lamborghini Countach models have managed to continuously remain sports cars that have been unconventionally designed yet fascinating to view and memorable to drive. As the latest Countach, the LPI 800-4, has just been released in August of 2021, we thought it to be time to look into the history of this iconic model.

If you’re interested in learning about the significance of the Lamborghini Countach, the duo behind this legendary supercar, and the various models that have been released over the last 50 years, continue reading.

The Beginning: The Significance of the Countach Project 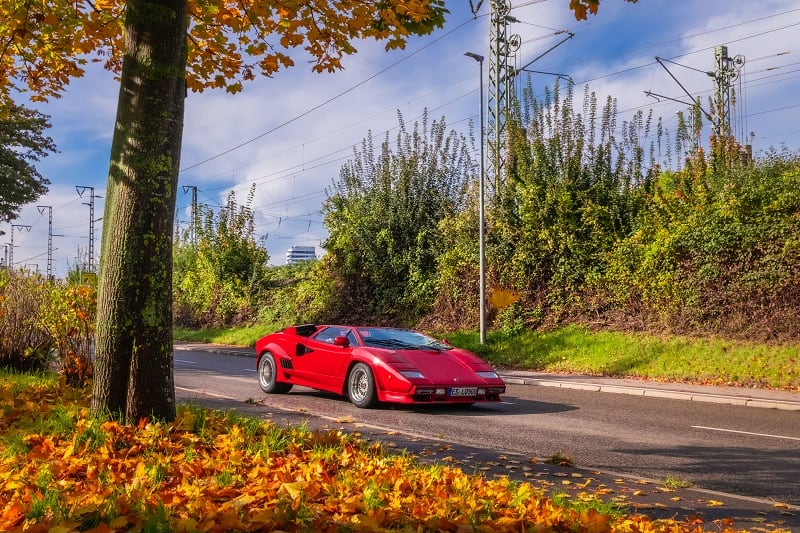 The Countach was a significant vehicle development for the brand as it helped place Lamborghini amongst the best sports cars manufacturers of the 1970s. The Countach project was unveiled in 1971 on March 11th at the Geneva Motor Show.

Interestingly, the Countach was not displayed alone as the Miura SV was also on show at the same stand, which was quite a statement at the time. Yet, it wasn’t the Miura SV that received all the attention; it was surprisingly the prototype Countach that captured motor enthusiast’s eyes.

The Countach represented everything vehicle enthusiasts didn’t realize they needed. Lamborghini recognized that if they wanted to be at the forefront of the motor vehicle manufacturing industry, they needed to ensure their goals translated from their designs to reality.

With this in mind, they created the Countach as they wanted to build a supercar that would be years ahead of its time in both design and motor vehicle capabilities. This brand’s prototype model, the LP500, definitely achieved what Lamborghini set out to do.

The vehicle was so well received that Lamborghini had to re-evaluate their ideas to make the prototype vehicle a reality to keep up with consumer demand. Additionally, many argue that without the prototype’s success, Lamborghini might not be as successful a brand as it is today.

The Duo Behind the Countach 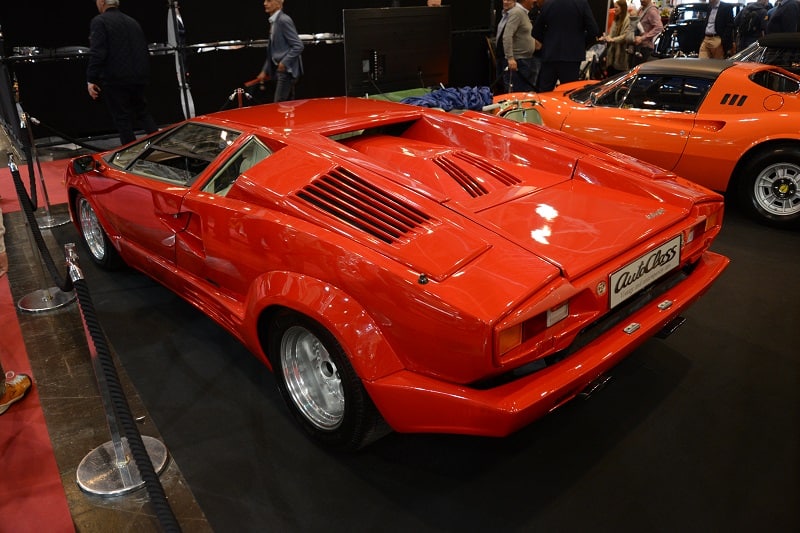 It took a special team to invent, design, and build the Lamborghini Countach. Without Paolo Stanzani and Marcello Gandini, the Countach would have never become a reality. Stanzani was responsible for the mechanical part of the Countach as he was the head engineer. His efforts on the very first Countach have helped make all the models powerful adversaries in the supercar world.

Yet, the engineering would not have occurred without the futurized design concept of leading design director Gandini of Carrozzeria Bertone. It was thanks to Gandini that the Countach possessed clean and futuristic designs. Additionally, it was Gandini’s idea to bless the prototype and subsequent V12 models with the iconic scissor doors that became much loved by the Lamborghini fan base.

The Different Versions of the Countach

The Lamborghini Countach was produced from the 1970s until 1990. Yet, in 2021, the brand decided to release a new and improved version of the model that is even more powerful and futuristic in design.

The Countach had a total production number of approximately 2,000 units because of its high consumer demand for nearly two decades. Over the years, this model received many upgrades that consistently made it better with the vehicle performance and style peaking with the Anniversary Edition vehicle produced from 1988 to 1990.

Although the model did peak with the Anniversary Edition, its 2021 revival has seen it surpassing previous models while maintaining its stylistic roots. Below, we’re going to look at all the Lamborghini Countach models ranging from the prototype model that began its success to the latest development, the LPI 800-4.

See more about - The 10 Best Ferraris Of All Time 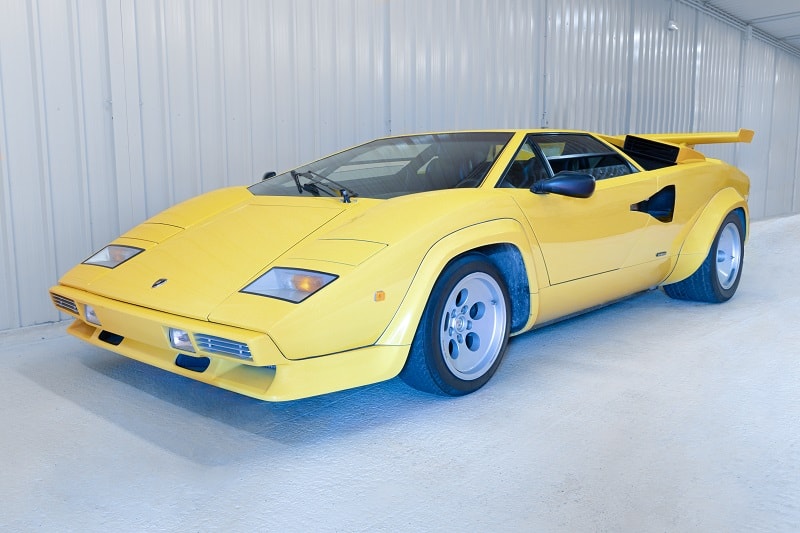 Often toted as the purest Countach design, the LP500 prototype was truly something to behold when it was unveiled at the 1971 motor show in Geneva. This model was a spectacular combination of edginess, flow, and futuristic style with its sleek lines and progressive engineering.

The Lamborghini LP500 Prototype possessed a hefty 5.0-liter V12 engine, and unlike later models, it did not have the trademarked shoulder-mounted gapes. Instead, the prototype had an ethereal, feminine shape and sculptured beauty, unlike other supercars of the time.

Although the concept car did not make it into production, it allowed the designers and manufacturers to go back to the drawing board and create the first official production Countach, the LP400. Additionally, it is believed the prototype that appeared at the motor show was crash tested until its demise. 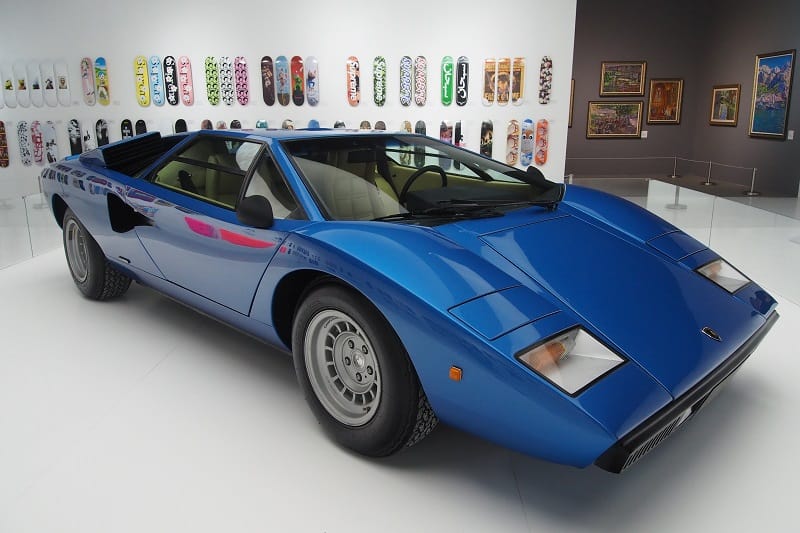 With the original prototype as its foundation, the Lamborghini Countach LP400 was a huge success when it went into production in 1974. Although this vehicle possessed its own unique qualities, it was a subtle deviation from the prototype, much to the liking of loyal fans.

Unlike the prototype, the LP400 possessed wide shoulder scoops and a slightly altered paneled geometry that set it apart from its European competitors. The LP400 had a distinctive design that included louver cowlings, a snoop nose stance, and light clusters. The snoop-nosed stance is what has made the Lamborghini’s so easily recognizable when compared to other popular supercars.

Additionally, the LP400 was in production from 1974 until 1978, with 150 units produced during this time. Due to their limited production amount, this 1970s model has become incredibly sought after amongst Lamborghini collectors.

The LP400 had a 4.0 liter V12 naturally aspirated engine which differed from the prototype. Moreover, this Countach had a horsepower rating of 375 with an rpm rating of 8,000. It could also impressively go from 0 to 60 mph in 5.6 seconds and had an extraordinary top speed of 196 mph. 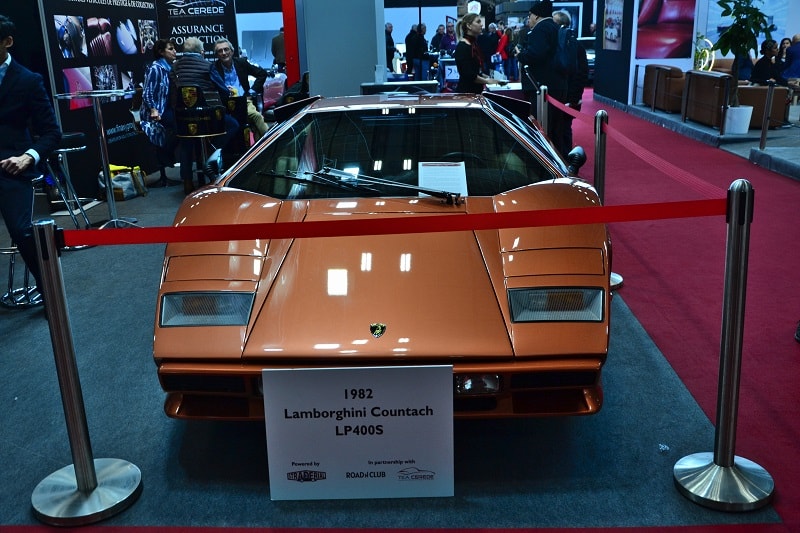 After the success of the LP400, Lamborghini decided to upgrade the Countach and released the LP400S. This model had an updated interior and exterior with a more aggressive exterior design and a more modern interior layout with improved features.

Although the LP400S had slightly less horsepower than its predecessor, it was still a powerful supercar. The masculine design of this model was the idea of Fatter Pirellis. He thought to add the fiberglass arches as an optional rear wing which gave the vehicle a more sporty look that appealed to many.

Moreover, the LP400S had a good running with the vehicle being in production from 1978 until 1982. During its time in production, 235 units were manufactured, which was much more than the LP400. This model had a 4.0 liter naturally aspirated engine capable of a horsepower rating of 353 and an rpm rating of 7,500. Additionally, the LP400S could reach 0 to 60 mph in 5.9 seconds, and it had an impressive top speed of 181 mph. 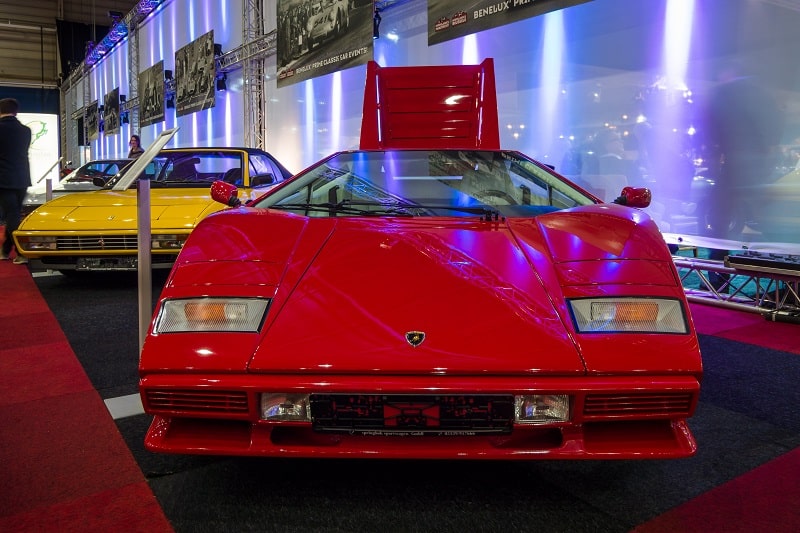 The Lamborghini LP500S and 500QV were introduced in 1982 to 1985 and 1985 to 1988. These models were well received by supercar enthusiasts because of their updated design and more powerful engine capabilities.

The LP500S was introduced at the 1982 Geneva Motor Show, and it took the vehicle back to its roots with the Naturally aspirated 5.0-liter V12 engine. Yet, this model possessed more power than its predecessor, the LP400s.

This model possessed a horsepower rating of 375 and an rpm rating of 7,000. It could reach 0 to 60 mph in 5.6 seconds and had a top speed of 186 mph. In addition to these impressive specs, it is believed that only 323 units were ever produced.

In 1985 after production of the LP500S ended, the production for the LP500 QV began. The QV model was the brand’s third major revision to its hugely successful Countach design. Interestingly, the QV design was named after its new cylinder head.

Unlike previous versions, the LP500QV had a cylinder head that featured four valves per cylinder which is likely why it was capable of a higher horsepower rating. The LP500QV also had a 5.0 naturally aspirated engine, but its horsepower rating was 455 with an rpm rating of 7,000. Moreover, it could reach 0 to 60 mph in 4.9 seconds, and it had a breath-taking top speed of 182 mph, and only 610 units were produced. 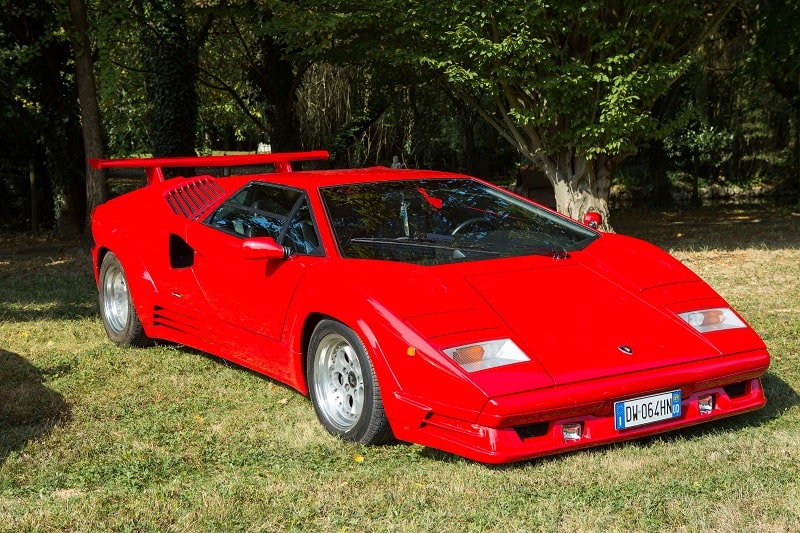 This model had reinvented aero ducts and wholly redesigned front and rear kevlar hoods. In addition to this, the chassis was also extensively upgraded, the rear lights were restyled, and there were stylish side skirts.

As with the other four Countach models before it, the Anniversary Edition featured a 5.0-liter V12 naturally aspirated engine. Yet, this model had a horsepower rating of 455 and an rpm rating of 7,000. In addition to these specifications, it could reach 0 to 60 mph in 5.0 seconds, and it had a top speed of 183 mph. 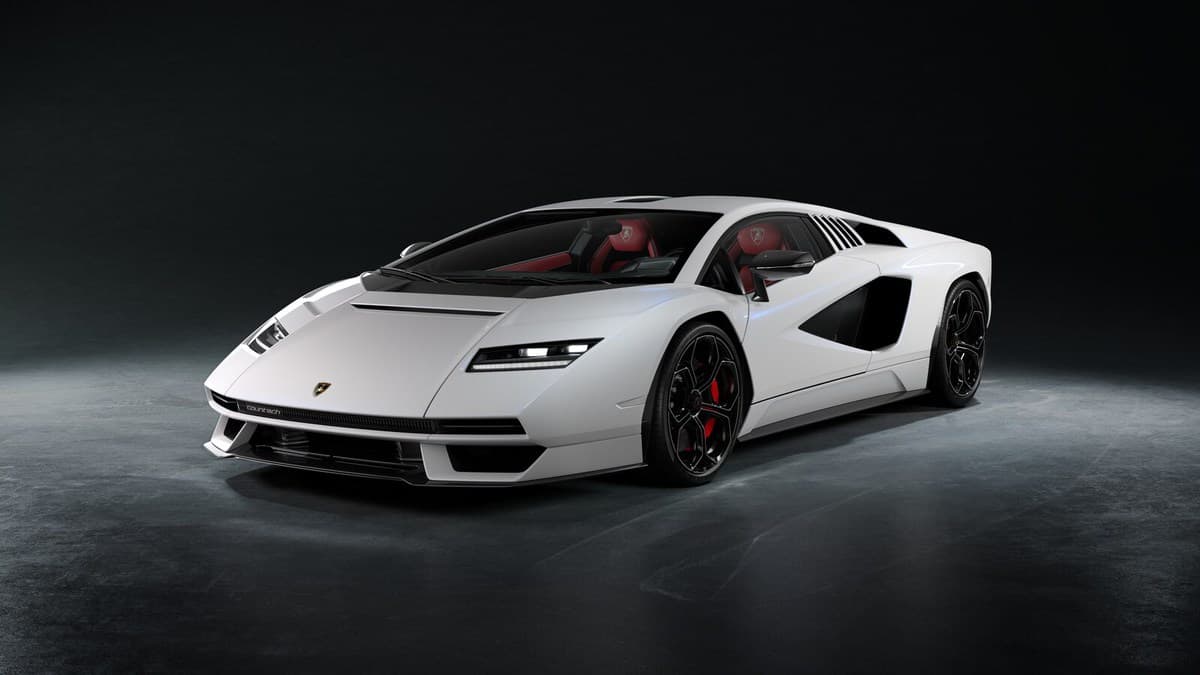 The eagerly anticipated Lamborghini Countach LPI 800-4 was unveiled in August of 2021. Although this vehicle has not entered into production yet, there is a huge fan base, with deliveries expected to be underway in 2022 to those who have already purchased the available units.

The Lamborghini LPI 800-4 has had significant modifications to set it apart from its predecessors. Yet, it has not lost its trademark style or impressive performance capabilities. This limited series hybrid supercar has perfect proportions and a futuristic style even though the daring and disruptive design is not to everyone’s liking.