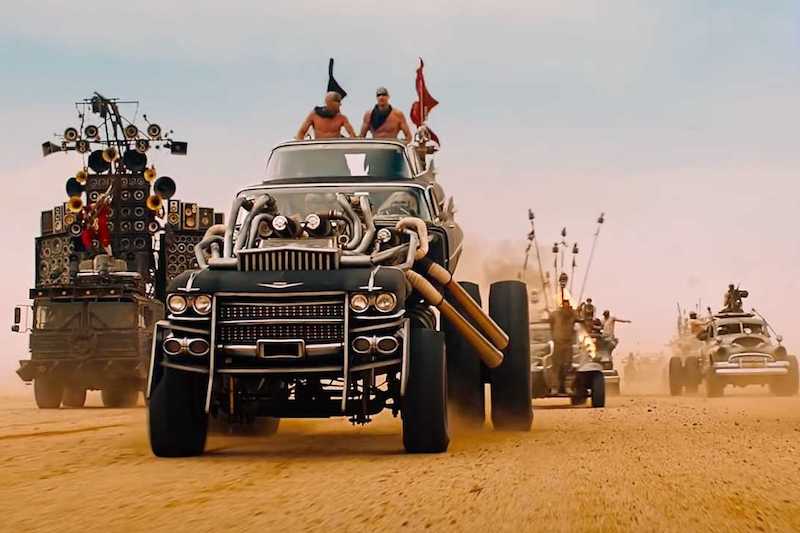 In 2015, Mad Max: Fury Road was the talk of the town. With leads Tom Hardy and Charlize Theron, the fourth film in the series was a hit (even if it didn’t seem to fit quite right alongside its three predecessors). Now, the beast-like hodgepodge vehicles from the movie are up for grabs, with Lloyds overseeing the auction of these landmark desert vehicles.

Owning movie memorabilia is a pastime in which many partake, and for those who do so in the cars and drives category will be pleased to learn of this once-in-lifetime chance.

Because the vision of George Miller is so apocalyptic, these cars are monsters, complete with rough edges that warn onlookers to stay away. Of all the vehicles that will be auctioned, the iconic Doof Wagon has perhaps captured the most attention to date. This one literally lets the driver take the show on the road thanks to a construction that allows it to serve as a large rolling stage complete with speaker stacks.

Max Rockatansky’s 1973 XB Falcon Coupe, more famously known as the Razor Cola, will also be available. In production, it was referred to as Caltrop #6. Clearance that lands high above the ground make it a fun off-road option that looks tough at every turn. 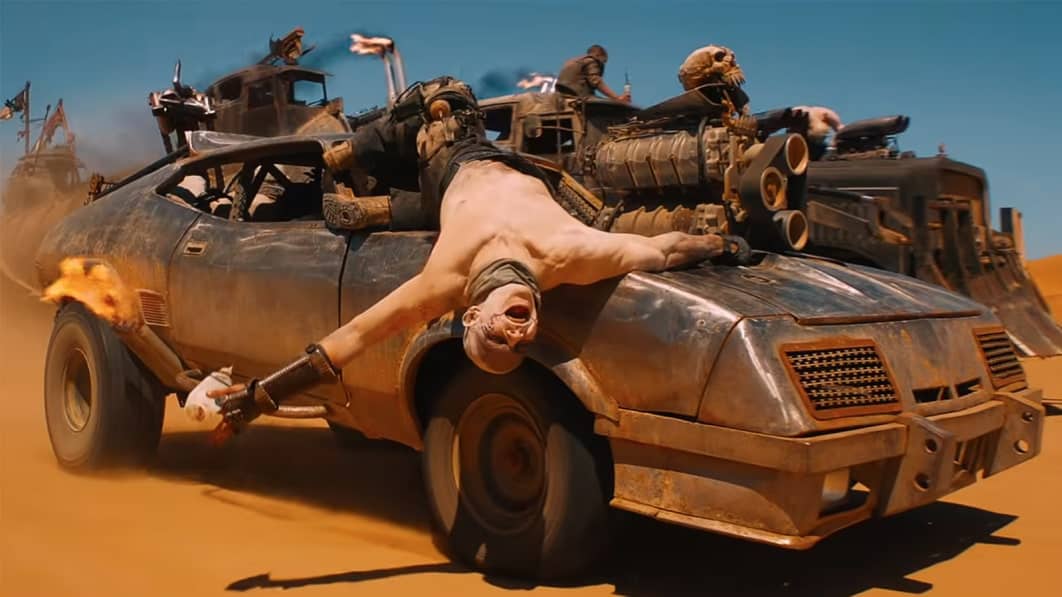 What else is on the auction block? A little browsing reveals the Gigahorse which was constructed with Cadillac Coupe de Villes as its base. The remaining lots present options ranging from 1930s Chevy coupes to old Pontiac trucks. There are 13 items in all.

The vehicles are for sale in Australia where they should be inspected before being deemed road ready. Since the rides were used in an action film, buyers shouldn’t assume they’ll be in the best condition without restoration work, especially six years after the fact.

The Mad Max films depict George Miller and Byron Kennedy’s brainchild action film with a post-apocalyptic storyline. It took off in 1979 with Mad Max, leading to a slew of sequels including 1981’s Mad Max 2 (or The Road Warrior).

Four years later, audiences bought tickets for the next installment, Mad Max Beyond Thunderstorms (1985). The next release didn’t occur until 2015 when Miller directed Mad Max: Fury Road in 2015. It was long-awaited and didn’t disappoint. 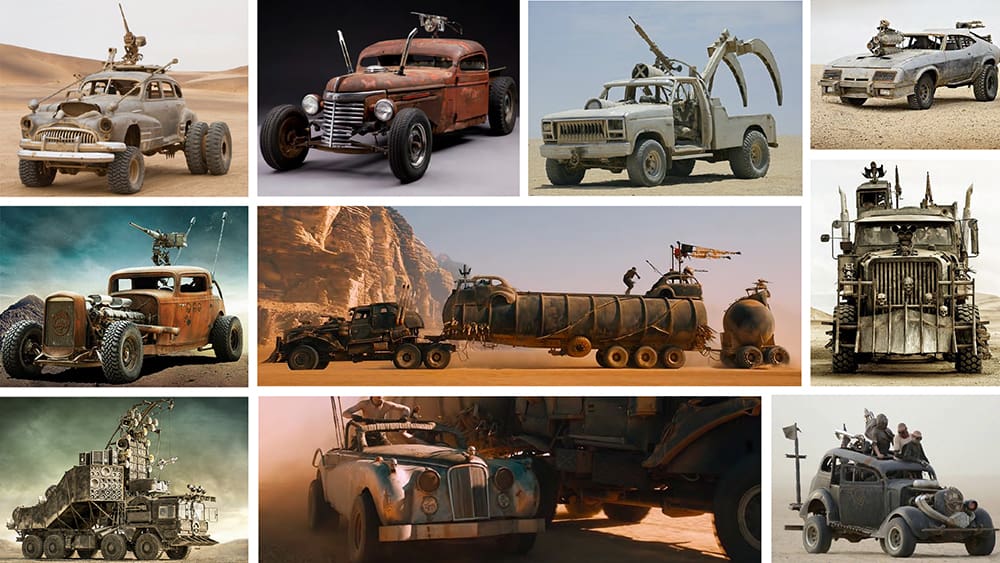 The series focuses on Max Rockatansky, a former police officer, living in Australia after society collapses, meaning he’s short on resources. His family is murdered by a biker gang, and Max seeks revenge as a Wasteland-exploring drifter and later becomes a sort of justice vigilante.

Of course, an action film protagonist as rugged and daring as Max is going to be surrounded by cars to match. Even though these rides aren’t exactly the type of vehicle to get one from point A to point B, they’re definitely worth checking out. For the right owner, and with a little elbow grease, the impressive automotive feats could be worth it in the end.

The auction takes place on September 25th and 26th. The winning bidder can have the purchase shipped worldwide.