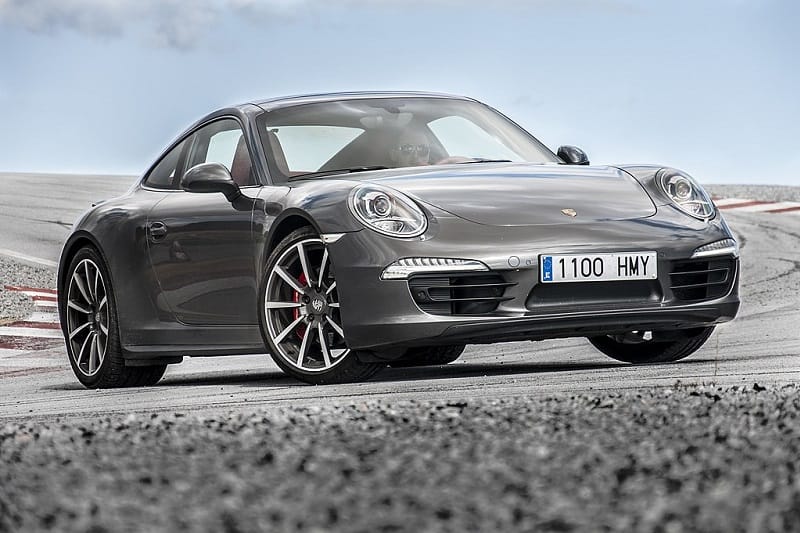 The seventh-generation Porsche 911 comes right out of the gate with an entirely new all-wheel drive system and your choice of two new models, the Carrera 4 and Carrera 4 S. Yet regardless of which model you choose the new Carrera 4 promises to deliver with increased powerful, better fuel economy, and improved handling. Both of models feature the new drive train, which has been appropriately named “Porsche Traction Management” (PTM).

At its core the 2013 Porsche Carrera 4 also utilizes the same lighter body and suspension as the previous models, and in return it cuts back 143 pounds and gains another 16 percent for fuel economy. But when you’ve paired the Carrera 4 with a 3.4-liter flat six engine, capable of delivering 350 horsepower in an instant at your feet, fuel economy starts to seem less warranted. On the 4 models you’ll have to choice to match that power with a seven-speed manual or a seven-speed “PDK” dual-clutch transmission.

When you step back to take a look at things on the outside, you might notice it’s almost identical to the rear-wheel drive Carrera models. However upon closer inspection the rear fenders are extended outwards an extra 22 millimeters, and filled with wider tires. From the rear of the vehicle, the red light banding which connects both tail-lights has also been redesigned.

If you venture back inside, you’ll notice the instrument cluster features a special area thanks to the new AWD system; a monitor of how the PTM is disturbing engine power to each of the four wheels. Another new optional feature called Adaptive Cruise Control (ACC) is now available for all models, and controls the distance to traffic and the vehicle’s speed. However if you also elect to choose the PDK transmission with the ACC, you’ll receive Porsche Active Safety “PAS”, which automatically applies the brakes to prevent collisions.

And the last feature worth mentioning is the rev-matching on manual transmission and Sport Chrono packages. It’s similar to how SynchroRev Match works in the Nissan 370z; you’ll have a computer that blips the throttle as you shift into a lower gear. It’s one of the more notable features as it offers smoother downshifts, perfect for when you’re heading into a corner and trying to keep balance.