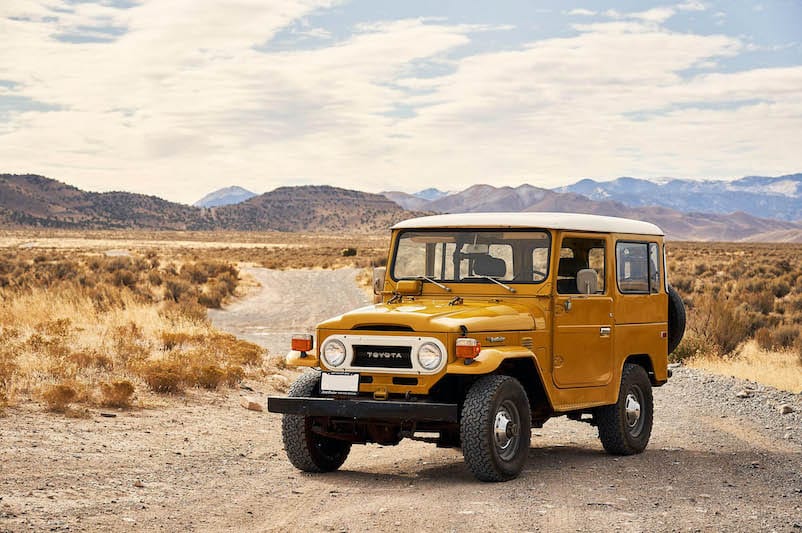 The History of the Toyota Land Cruiser

In modern times vehicle manufacturing giant Toyota is one of the most recognized brands in the world, yet this brand did not start as an automobile producer. Before Toyota began manufacturing vehicles, the company was a textile business called Toyoda Automatic Loom Works, founded in 1926. It wasn’t until 1933 that they expanded to include an automotive division, which turned out to be a smart investment.

Since 1933 Toyota has grown its reputation to incredible heights. In fact, they have become such a respected brand that they are officially the undisputed largest vehicle manufacturer of buses, trucks, and cars in Japan.

One of the brand’s most popular models that have earned the title of longest-running series of models for the company is the Toyota Land Cruiser. The first Land Cruiser was introduced in 1951 and has been produced in a range of different styles that include convertibles, station wagons, hardtops, and cab chassis styles. Astonishingly as of 2019, it was reported that sales of the Land Cruiser totaled more than an incredible 10 million units globally.

The Beginning: Why the Toyota Land Cruiser Model Began 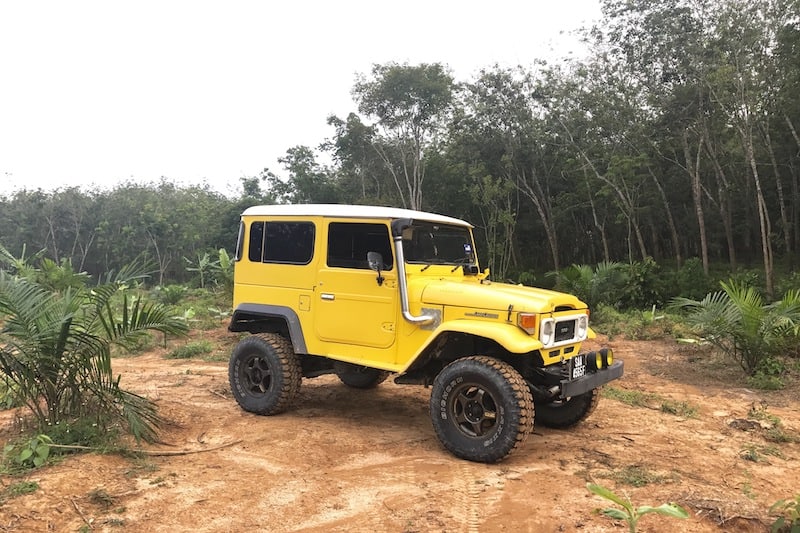 Besides its extensive model range, the Toyota Land Cruiser is also known for setting the benchmark for reliability, extreme ruggedness, durability, and flexibility. Some fans of this vehicle even believe it to be one of the world’s most trusted cars.

How did this impressive model begin? Well, the Toyota Land Cruiser was designed because of a military need. In 1950 North Korea invaded South Korea while Japan was still under American operation. During this time, the United States, alongside the United Nations, threw itself to South Korea’s defense.

Since America was an allied force, Japanese manufacturers were commissioned to aid America in its wartime efforts. Japan did this by supplying durable and compact four-wheel-drive trucks to the United States military.

Once production of these trucks began, Japan felt vulnerable as the allied forces were distracted from providing aid to South Korea. Due to this, Japan decided to participate in limited rearmament which allowed for 1,000 four-wheel-drive cars. Interestingly, these vehicles had to be built using only raw materials found in Japan at the time.

Within five months, Toyota was able to present its prototype model to the National Police Reserve. The prototype model had an open body design and featured the chassis of the Toyota one-ton SB truck, and it had a 3.4-liter type B six-cylinder petrol engine. Additionally, this first land Cruiser prototype was equipped with the suspension from Toyota’s Toyopet passenger vehicle.

Despite the prototype being considered, it was ultimately not selected to be used by the NPR. However, this led to Toyota seeking out a larger market for this prototype model they felt had immense potential.

After the initial rejection from the NPR regarding the first Land Cruiser prototype, Toyota went back to the drawing board and applied many advancements to their original design. These improvements led to a new and improved Toyota Jeep BJ model, which would later become the Toyota Land Cruiser BJ Series.

This model was extensively tested until Toyota was ready to present it to the NPR again. After being re-pitched, Toyota successfully became the official vehicle supplier for the NPR and managed to replace Mitsubishi. From this success, the Toyota Land Cruiser range was born with its official title change occurring in 1954. 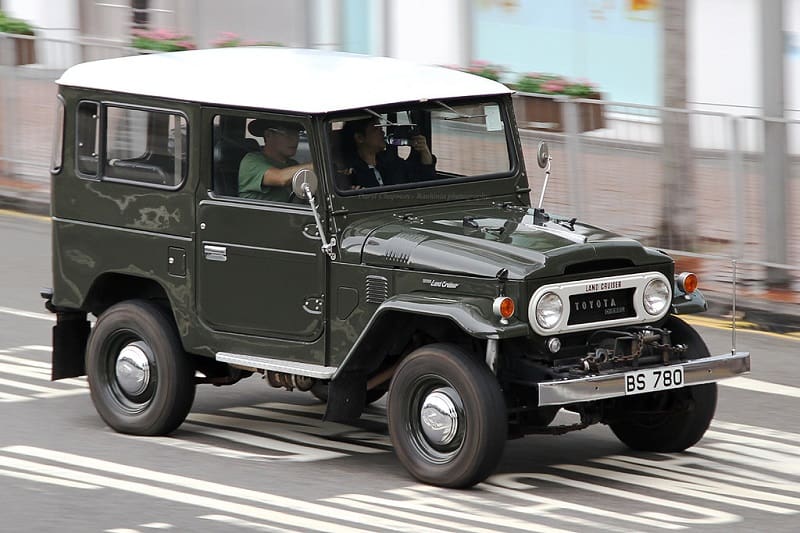 After the success of the Toyota Land Cruiser BJ Series, the Land Cruiser 20 Series was introduced to markets in 1955. Interestingly, the 20 Series models had a wholly redesigned external appearance so that they would be suitable for civilian use.

Toyota understood that the vehicle market had a wide range of needs and wants. That’s why with their 20 Series Land Cruisers, they introduced two different chassis options. With the Land Cruiser 20 Series models, there were a few body types such as the fire engine, two and four-door vans, a pickup truck, and soft top trucks. 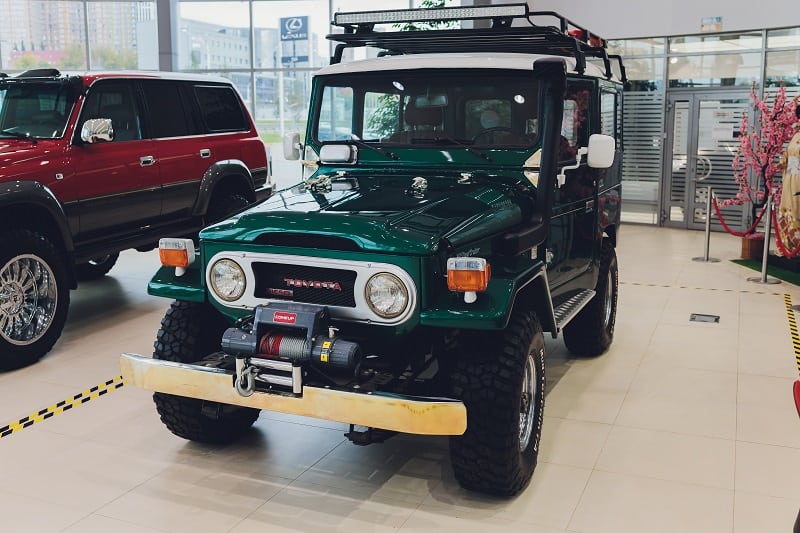 The Land Cruiser 40 Series was the third generation introduced and the first model that went into production in 1960. During its first few years in manufacturing, the 40 Series won over many people because of its incredibly reliable cross-country capabilities. It is believed that it is the 40 Series that placed Toyota on the map as being one of the most renowned vehicle manufacturers in the world.

The body variations for the 40 Series were similar to the 20 Series, and there were three wheelbase length options available. An additional fourth wheelbase option was also added in 1963 that was solely dedicated to the cab and pickup trucks used for export. In 1967 Toyota also replaced its four-door van option with a station wagon.

With the introduction of the Land Cruiser 40 Series models, two new engine types were added to the lineup. There was a Type H engine that was a 3.6-liter diesel-powered 6 cylinder unit and a Type B engine that was a diesel-powered 3-liter 4 cylinder unit. Interestingly, these powerful engines became the choice engines for the Toyota Land Cruiser range. 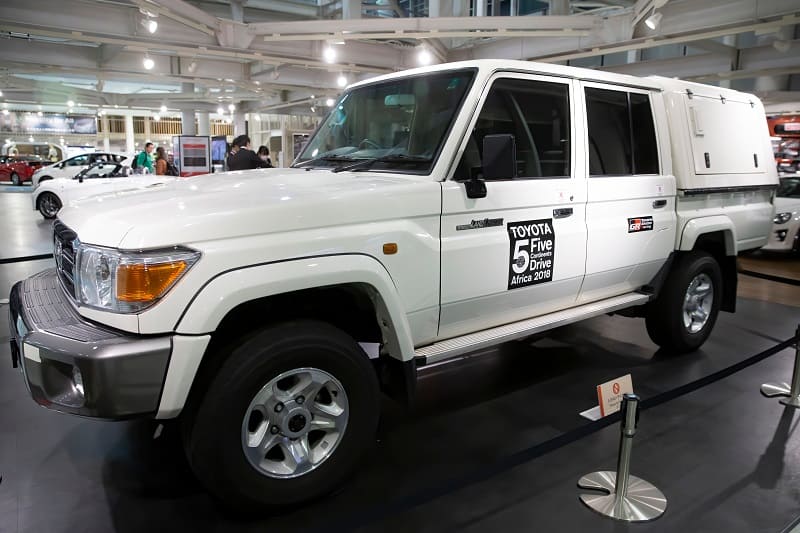 The 1984 Land Cruiser 70 Series was the successor to the 40 Series. The 1984 model had a range of technological, interior, and exterior improvements that allowed the vehicle to have a more stylish appearance, better drivability capabilities, ease of use, and better ride comfort experience. Simply put, the 70 Series models were easier to drive and far more comfortable than their predecessors.

Although the 70 Series models were discontinued in Japan in 2004, as we mentioned, they remained highly regarded in the rest of the world. In 2007, the 70 Series received its first significant overhaul in its original design.

Unlike previous models, the 2007 models eliminated the independent fenders originally first introduced with the 40 Series. With these fenders eliminated, the vehicle had a much more modern appearance, with the front view of the car being much more appealing to a broader vehicle audience.

Additionally, the front of these vehicles was also widened by 80 millimeters, and the engine room was enlarged by 230 millimeters. This was done so that a powerful V8 turbo diesel engine could be fitted. 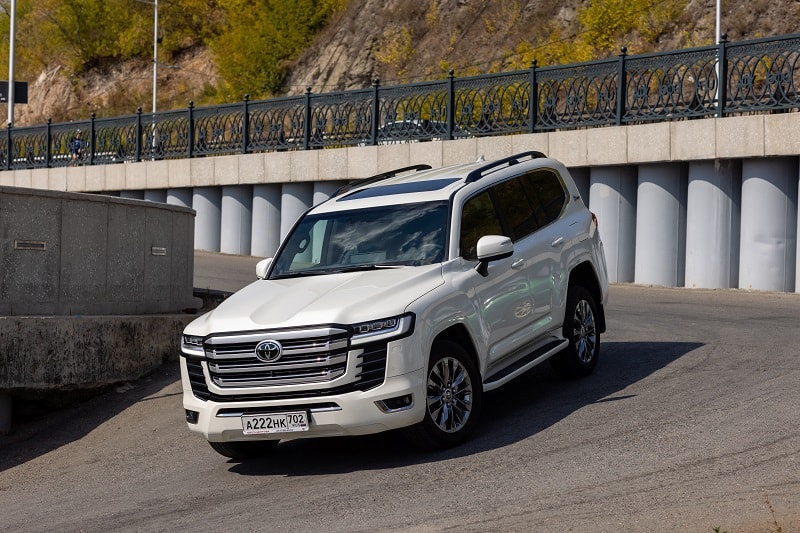 The latest and perhaps most impressive addition to the Land Cruiser range is the 300 series. The Land Cruiser 300 Series was recently introduced in August of 2021 with new specifications, boosted performance capabilities, increased reliability and drivability, and improved off-road performance. This model thus far has exceeded expectations and has caused quite a stir in the automotive world.

Essentially, the new Toyota Land Cruiser 300 Series has been wholly redone by merging traditional design aspects of previous land Cruiser models and cutting-edge technologies. It is believed that the 2021 300 Series model is capable of driving on any road surface, no matter how rugged.

Interestingly Toyota maintained the original frame structure seen with the 200 Series, but they did differently. They integrated the new GA-F platform. This new platform offers drivers a refined ride experience and an overall much-improved performance.

The body and frame on the 300 Series model have a high rigidity rating with an astounding 441-pound weight reduction. Additionally, these models possess a newly developed suspension system that allows the cars to perform well off-road by providing refined road steering stability.