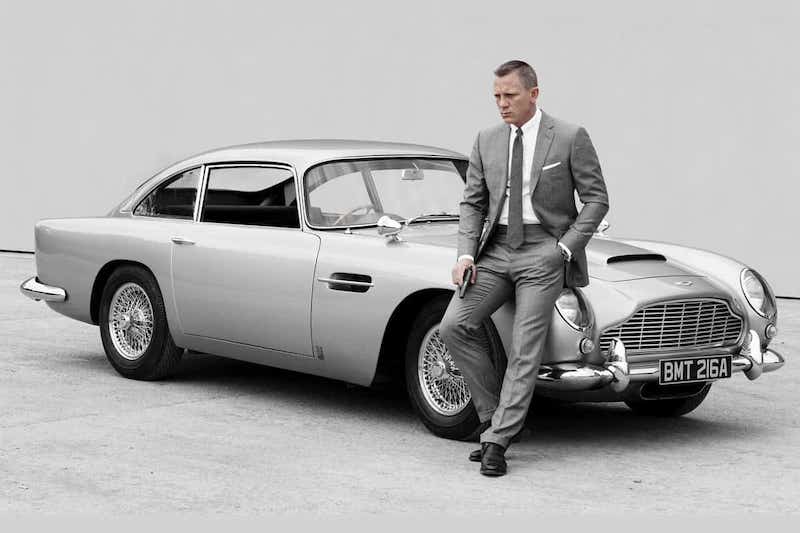 For nearly 60 years, James Bond has been bringing well-known cars to the big screen. Where would society be today without these legendary glimpses of fine-yet-daring driving? The world needs more on-screen appearances from the likes of the DB5 and Valhalla.

The relationship between Aston Martin and James Bond is undeniable. The marque, hailing from Britain, doesn’t want that point overlooked, especially with the coming debut of No Time to Die, the 25th film in the franchise.

In the spirit of crossover promotion and ride-or-die marketing, Aston Martin has released a promo clip to jog our memories of some of the most exciting car scenes of Bond movies past. Through the YouTube clip, License to Thrill, Aston Martin shows off the classics in style.

The video opens with exciting high-speed maneuvers, sexy ladies in glamorous dresses, cars flipping, and vehicles both dealing and avoiding gunfire. Smart, sleek, and sophisticated, the Bond image steers the course, complete with scenic routes and plenty of special effects.

At the center of it all remains Bond’s impressive rides of choice. The only thing that cuts through the adrenaline is the final scene displaying Bond’s typical coy smile, telling of adventure, espionage, and wit.

In 1964, one of Aston Martin’s alluring rides made it into Goldfinger. Whereas in the book version by Ian Fleming, the car in question is a DB Mark III, on the silver screen fans witnessed a Silver Birch DB5 ripping up the roadways. Sean Connery never looked so good.

In a later film, Thunder Ball, the MI6 agent sported Aston Martin once again. The love affair between the Bond image and the DB5 remained strong, coming to co-star in seven films overall, including the latest release.

Although the DB5 is largely associated with Bond’s spy-inspired style, varying vehicles have also appeared in the other films. For example, the V12 Vanquish stole the scene in Die Another Day (2002). In 1987, it was the V8 Vantage that got screen time. In 1969, we saw the original DBS.

More recently, Daniel Craig has driven fine models such as the DBS V12 seen in Casino Royale (2006) and Quantum of Solace (2008). In 2015, Spectre showcased the ever-impressive DB10.

Aston Martin has already confirmed that two classics will be featured in No Time to Die; the DBS Superleggera and Valhalla Supercar will have their time to shine just the same.

Both Aston Martin and Bond fanatics only have to wait a few more weeks for all of the excitement. The next Bond film will debut in US Theatres on October 8th.