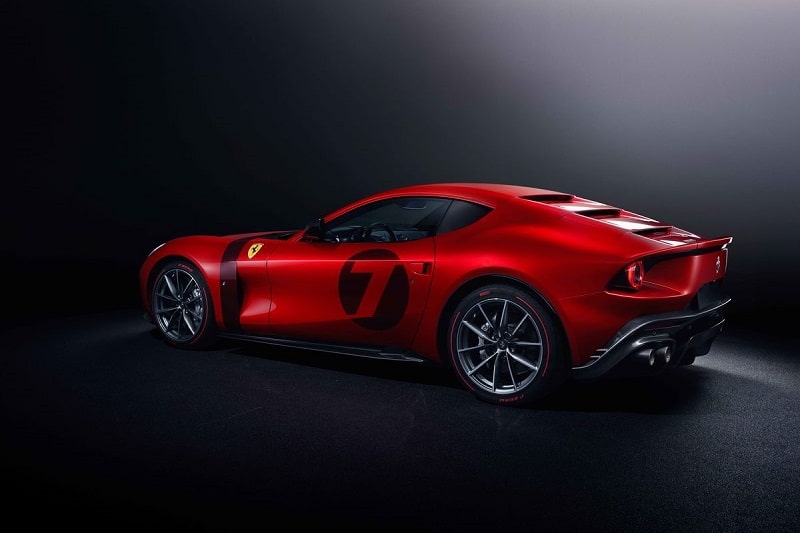 Ferrari is known for its unique approach to the art of motor vehicle manufacture. Delivered in limited quantities and at luxurious price points for only the most exclusive buyers, regardless of their rarity, unless you’re a racecar driver, you’re not likely to step inside a true one-of-a-kind Ferrari. But every so often, something truly unique takes the track at Fiorano, surprising the world as Enzo did for so long.

Coming off the test track this year is a new one-off creation over a V12 platform. A descendant of the great GT tradition the Ferrari Omologata embodies seven decades of Italian motoring history in one incredible package.

Introducing the 10th one-off creation from Ferrari, this front-engined V12 supercar is a fitting return for the 812 Superfast package; a format not visited since the 2009 P540 Superfast Aperta. Sporting an exterior that required Ferrari to develop a whole new shade of red (Rosso Magma), the Omologata is poised to attack the tarmac on sight.

As the latest offering in Ferrari’s line of unique coachbuilt one-off models, this one is “guaranteed to strike a chord with the marque’s aficionados.” 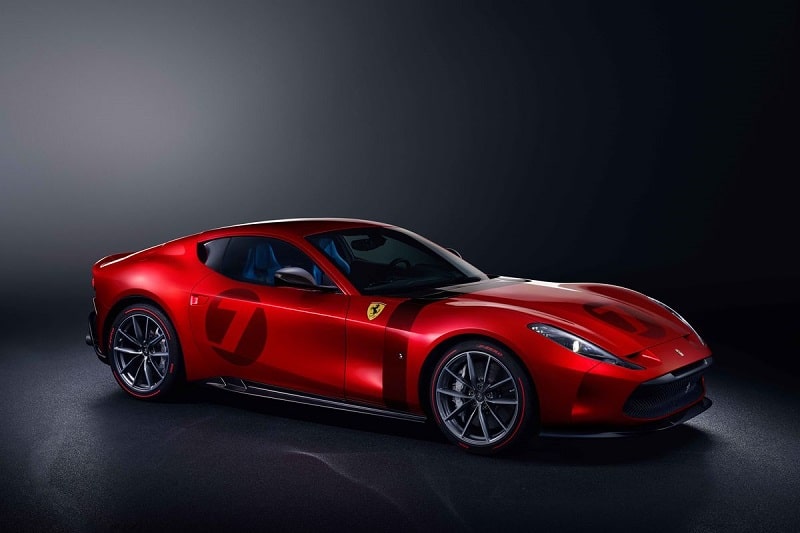 Embodying GT Racing, Ferrari aimed to create a car “that is equally at ease on the road as it is hitting the apex on the track in the hands of a true gentleman driver.” Taking a little over two years to complete, the initial design presentation saw sketches begin with imagery of racing heritage alongside sci-fi and modern architecture for its inspiration.

Seeking a “futuristic design with distinctive elements reinterpreted in a fresh manner to provide the potential for a timeless shape that is certain to leave a lasting impression,” it’s clear Ferrari has a way with words as much as they do cars.

Commissioned by a discerning European client, Ferrari started with the 812 Superfast package, leaving only the windscreen and headlights from its original bodywork.

Exploiting the proportions of the potent, mid-front layout, Ferrari delivers its sleekest design yet. Defined by “smooth volumes and undulating reflections” the Italian’s battled to strike the perfect balance between “expressiveness and restraint”. According to the team at Fiorano, “the Omologata had to ooze street presence whilst maintaining a very pure formal language.” And by god, I think they’ve done it. 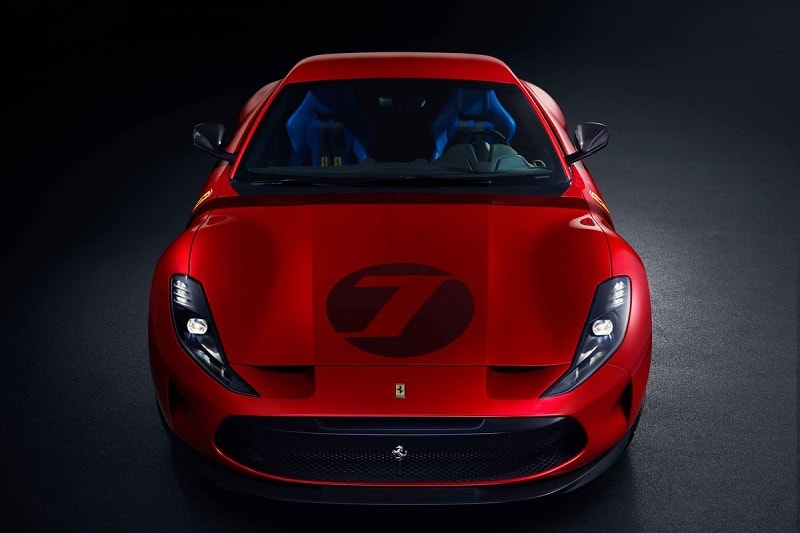 Delivering uniqueness in more than just its name, designers carefully studied the stance and attitude of the car, giving it an aggressive, and beastly form. To handle such a powerful vehicle, a four-point racing harness secures you to the electric blue seat, finished in a combination of leather and Jeans Aunde fabric.

Standing out against the blacked-out interior is a steering wheel reflecting the great GT racers of the 1950s and 1960s—a whole lot of luxury for something so damn powerful.

Sadly, as a one-off special, the Ferrari Omolgata will remain eye-candy for those dreaming of one day owning their own one-of-a-kind Italian supercar. So take a look now while it’s still hot off the press, and count your lucky stars if you ever see one zooming past you on the highway.

Find out more on corporate.ferrari.com