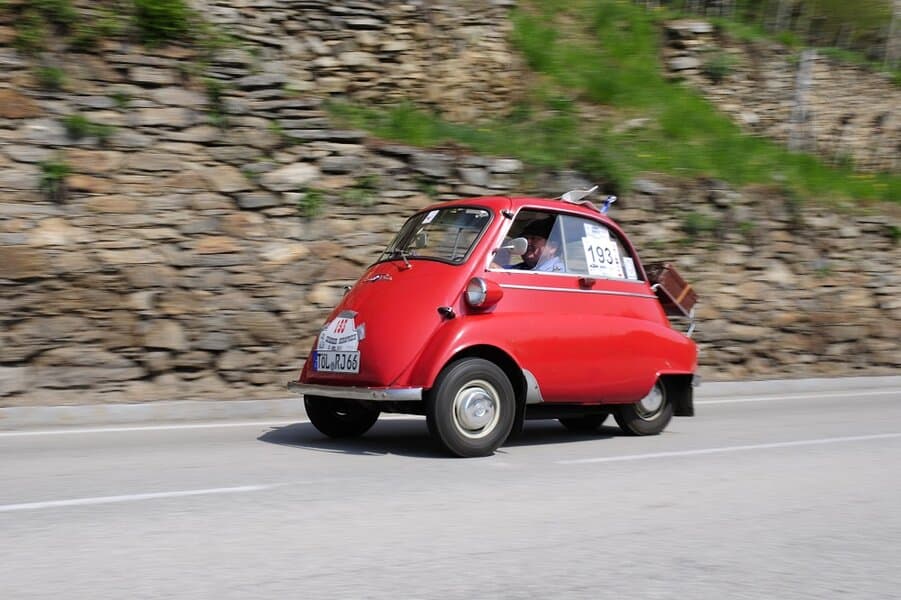 Everyone wants to own an impressive car that makes other drivers stop and look. Every day people all over the world are paying millions of dollars to own the newest Lamborghini or classic Ferrari. The brand and model of the car are essential if you want to make fellow drivers jealous. Auto enthusiasts want the very best in safety features, engine, and style. However, not all vehicles steal the spotlight due to their slick style. In fact, there are a ton of weird cars that get everybody’s attention but for all the wrong reasons.

It’s impossible to avoid the odd vehicles on the roads. History is full of strange designs and concepts that didn’t pan out the way the company had hoped. The designers think outside the box and develop three-wheel vehicles, aquatic cars, and fighter jets on wheels, with several odd designs impressing car collectors and drivers around the globe. Cars that appeared to be a joke are big hits with the public to this day. Here’s a look at the 15 weird cars you won’t believe are real. 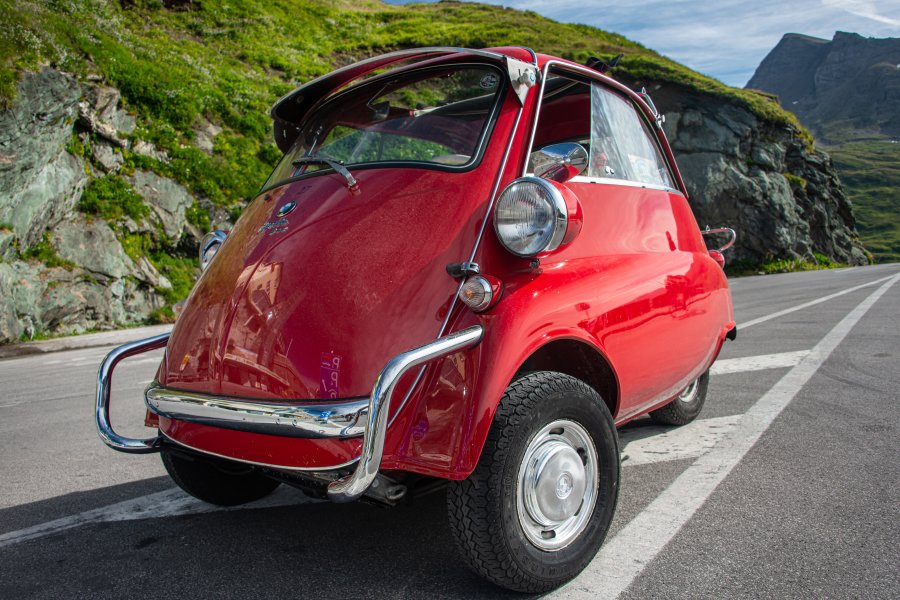 The egg-shaped BMW Isetta is one of the most unusual cars in automobile history. In addition to the odd shape, it has only one door, which is the entire front of the vehicle. Therefore, the steering wheel and dashboard swing open with the door.

It might sound like a nightmare of a car to someone in 2022, but in 1956, the BMW Isetta was a massive hit with drivers. It was even one of the top-selling cars on the market. A mint-conditioned Isetta would still sell for a huge price today. 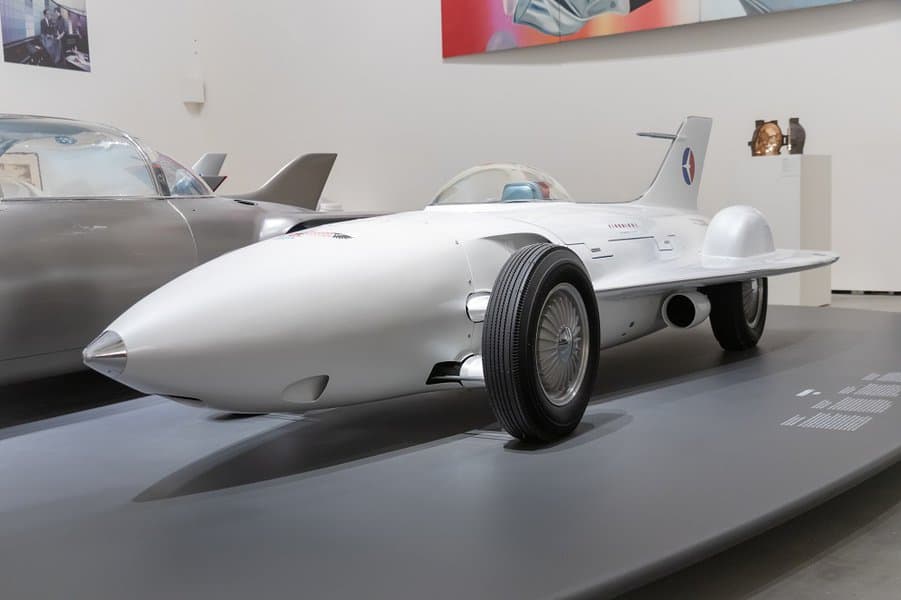 Inspired by aviation, the General Motors 1953 Firebird XP-21 looks like a fighter jet made for the roads. It is the first in a series of concept cars to display GM’s limitless capabilities. Even the company knew it was an impractical car that boasted a fiberglass bullet-shaped fuselage, a vertical tail fin, a single-seat cockpit, and wings.

With just two speeds, only a handful of people could drive the delicate XP-21. Later, it was renamed Firebird I after the debut of three more Firebird concept cars. 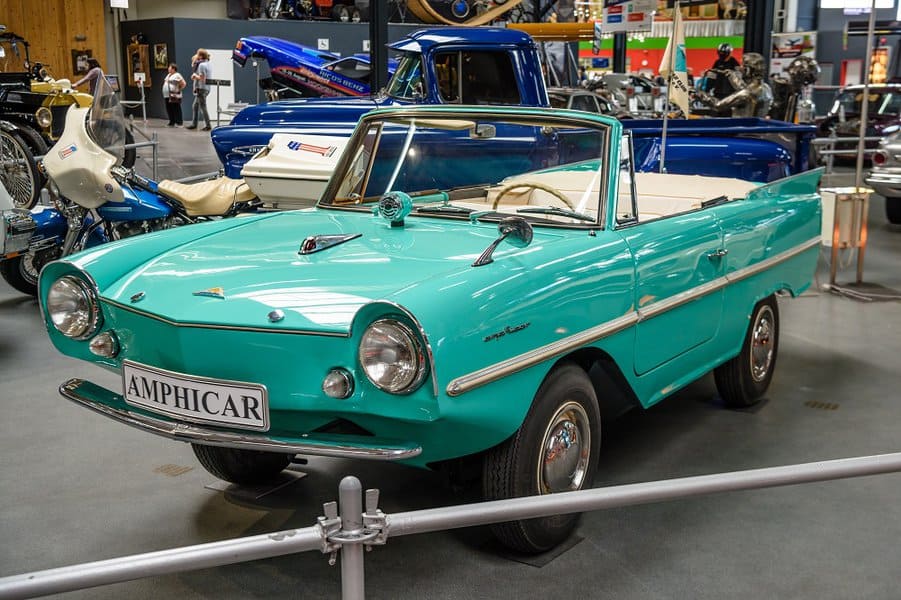 For boat lovers and car collectors, the 1961 Amphicar seemed like a dream come true. Unfortunately, it disappointed both groups of people. Half car and half boat, the Amchicar could drive on land or sail in the water.

Unlike other cars, the Coast Guard required it to have a flag and navigation lights. Despite the cool concept, it was an utter failure as both a car and a boat. After making its highly anticipated debut at the 1961 New York Auto Show, the Amphicar ceased production by 1965. 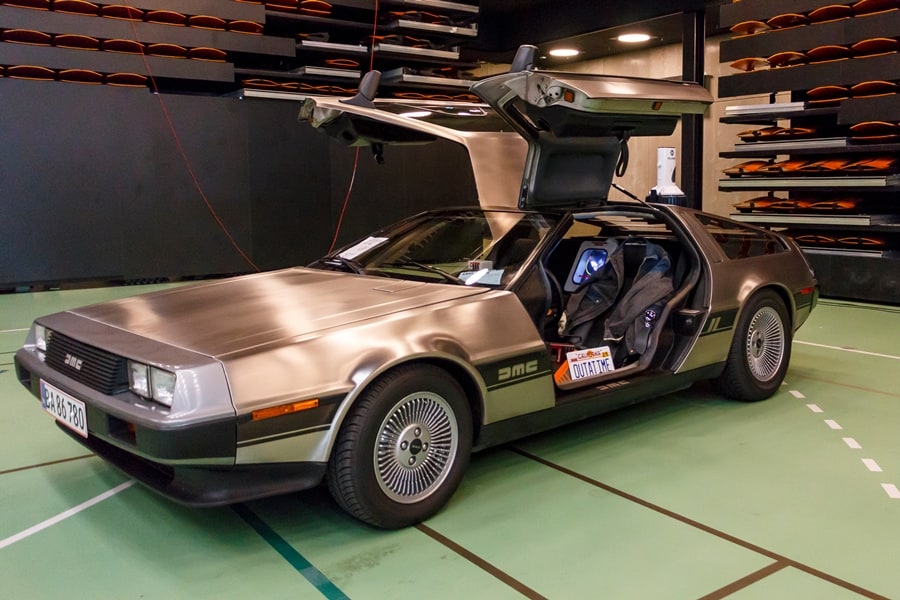 The DeLorean is possibly the most famous, or infamous, weird car to hit the roads. With a stainless steel body and gull-wing doors, the DeLorean hit the market in the early 80s. Drivers complained about the poor performance as the sports car could only go from 0 to 60 mph in 10.5 seconds. Plus, there were issues with the clutch pedal, alternators, and front suspension.

Despite the poor quality and terrible driving experience, the DeLorean became an iconic car as the time machine in the Back to the Future trilogy. However, it didn’t feature in the movies until after the Delorean Company ceased production. 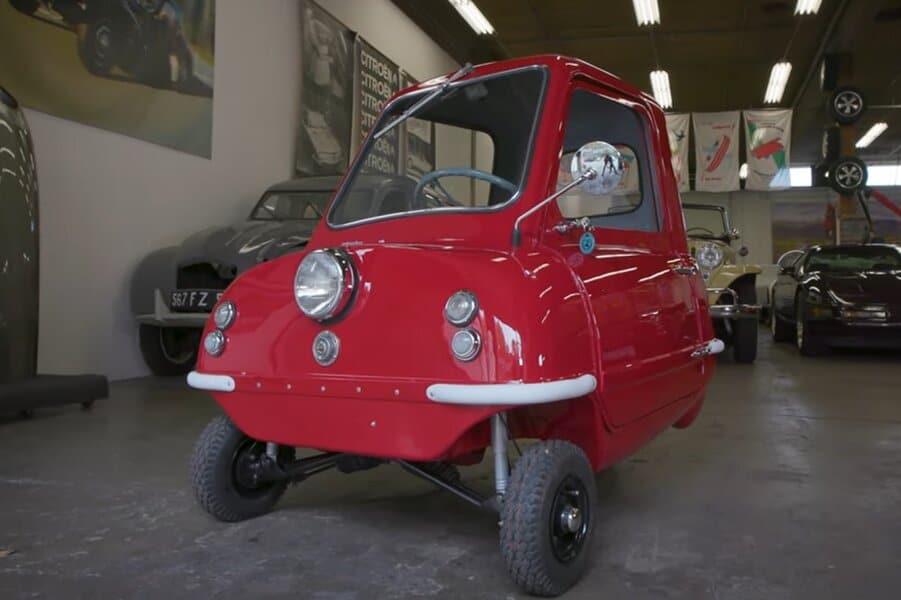 The tiny three-wheeled microcar, Peel P50, first sped off the production line in the early 60s. Manufactured by Peel Engineering Company, the P50 boasts a single seat, one windshield wiper, and a solitary headlight. The advertising highlighted that it could only fit one adult and a shopping bag.

Eventually, the company ceased production of the P50 in 1965. However, it made a roaring comeback in 2011 and went back into production. A year earlier, the Guinness Book of World Records included the Peel P50 as the smallest car to go into production.

See more about - What Is The Most Expensive Car in the World? 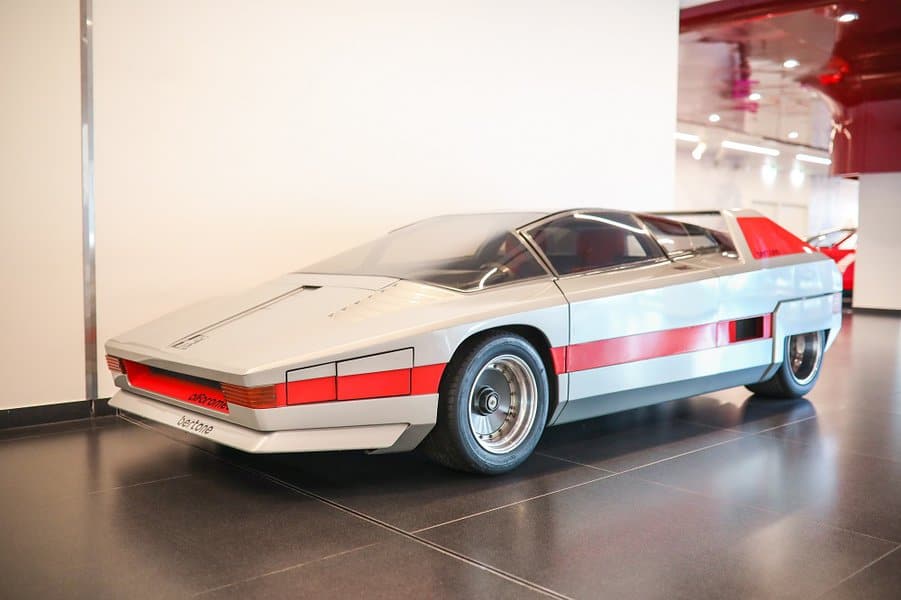 In the 1970s, the people at Alfa Romeo wanted to build a car of the future. Instead, they created one of the most unusual concept cars in automotive history.

Debuting at the 1976 Geneva Motor Show, the Navajo concept car features a fiberglass body built on the 33 Stradale. The Navajo resembles a futuristic vehicle that appeared in early 70s science fiction movies. It has a large, clunky design to match the basic gray color and red stripe. 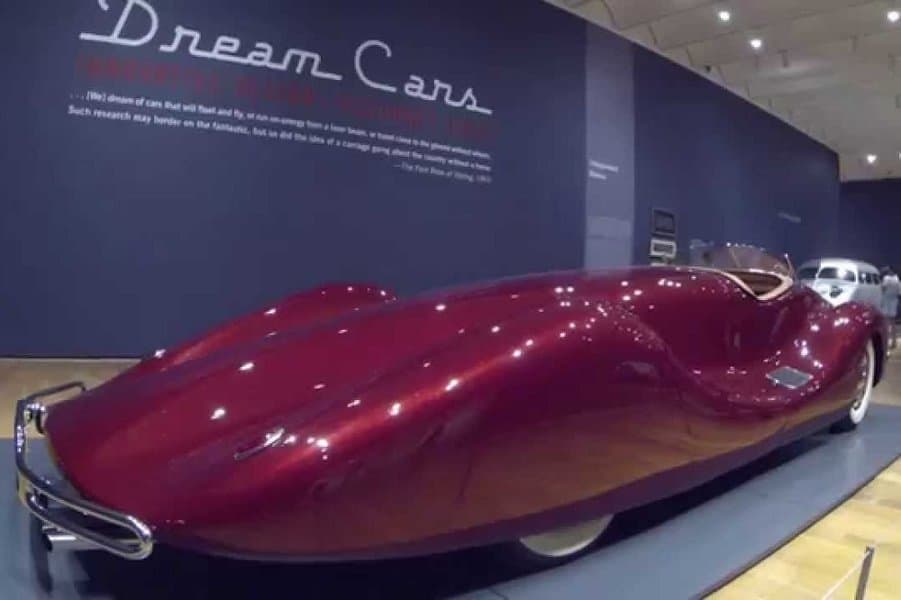 After World War II, in the late 40s, the Norman Timbs Special came speeding down the roads. Built by Indy racing engineer Norman Timbs, the curvy car features a Buick Straight 8 engine in the rear, a raindrop tail, and a front-mounted cockpit.

Since its release, the automobile has grown in popularity due to its unique design and pop culture status. For instance, it appears in several classic movies, notably, Gone in 60 Seconds starring Nicolas Cage. 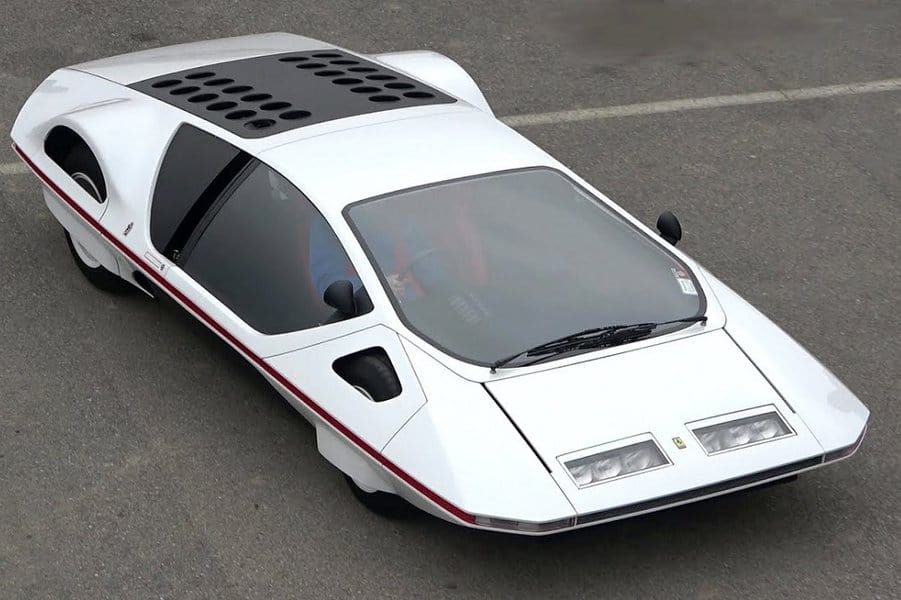 Pininfarina debuted its masterpiece, the Ferrari Modulo, at the 1970 Geneva Motor Show to universal praise. It’s known for its unique wedge design, which was all the rage in the 70s. Despite the odd pill-shaped design, car collectors appreciated the car’s slick style.

The entrance to the futuristic Ferrari is the impressive glass roof that slides open. It boasts a special V12 engine with 520 horsepower and can go from 0 to 60 mph in 3.0 seconds. 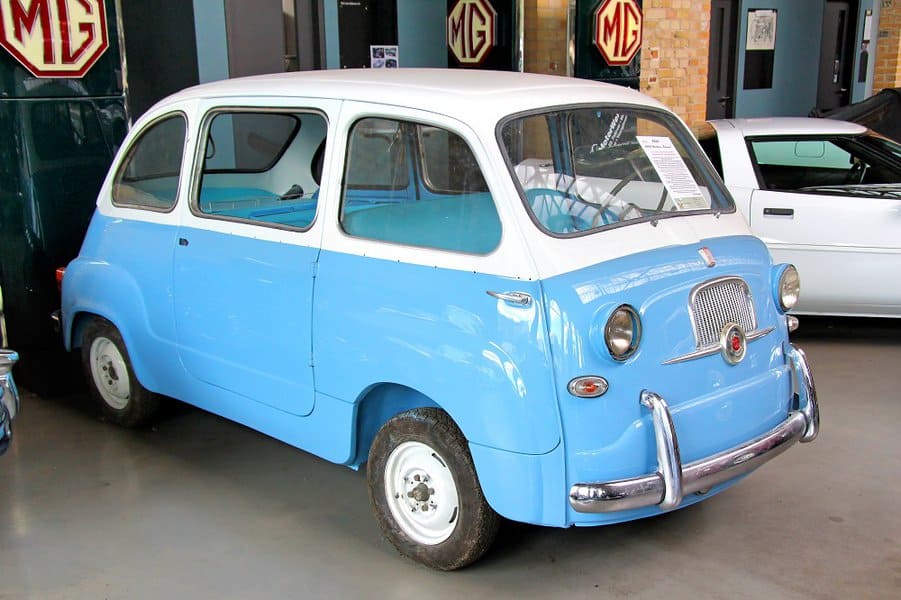 Fiat has always been ahead of the curve with cutting-edge designs. However, not every design hits the mark. For instance, the Fiat 600 Multipla is an unusual car with zero personal space. This miniature minivan is similar to the Fiat 500 in design and size.

The company removed the front trunk and moved the front seats up. That allowed them to put an extra row of seats in the back. Despite the added weight, the cramped four-door Multipla retains the same 0.6-liter four-cylinder engine with 21 horsepower. With the odd design, Fiat produced the car from 1956 to 1967. 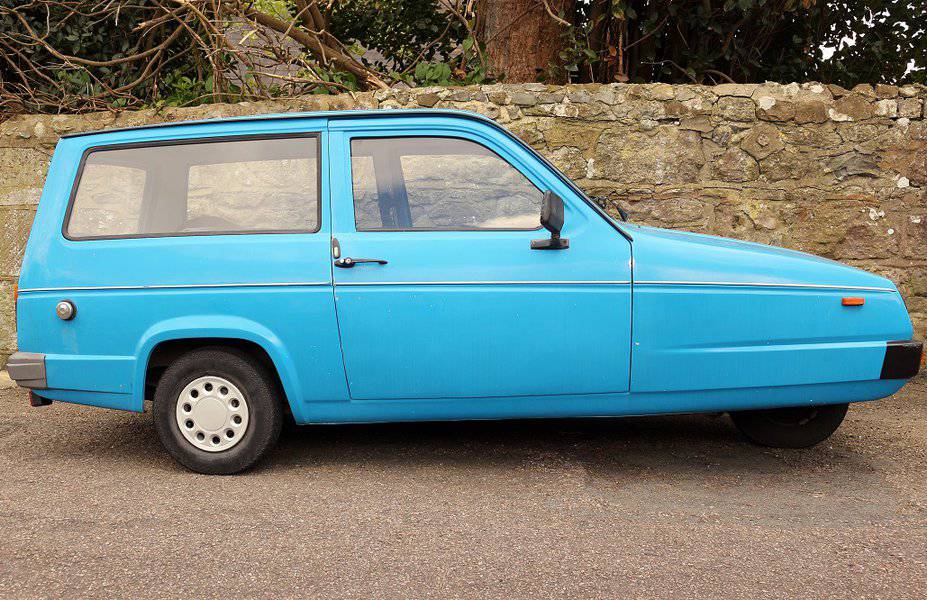 In the early 70s, one of England’s most unique creations flew down the freeway and highways. The Reliant Robin is best known for having three wheels. It might seem an odd choice in this day and age, but it was a huge hit back then, with the Reliant Robin, not just a cool marketing slogan.

Undoubtedly, the Reliant Robin is the most reliable car on three wheels and remains an iconic symbol in the UK.

See more about - The 10 Best Italian Cars Ever Made 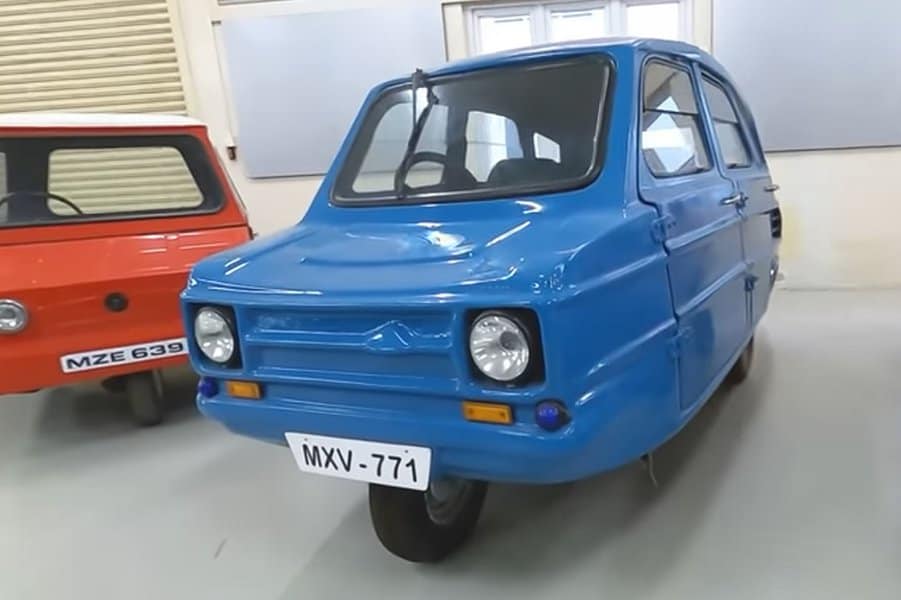 The streets of India are full of vehicles with three wheels, notably the rickshaw. As a staple of India’s transportation, the rickshaw is one of the most popular forms of getting around. Therefore Sunrise Auto decided to make a three-wheeled car to join the other vehicles on the busy roads of Mumbai and Amritsar.

While hyped as the next big thing, most people felt it was just a rickshaw with doors. Sunrise Auto didn’t anticipate the public rejecting the car partly due to the odd design. The company tried launching a four-wheel Badal, but that failed as well. The Sipani Badal will go down in history as one of the most unusual cars. 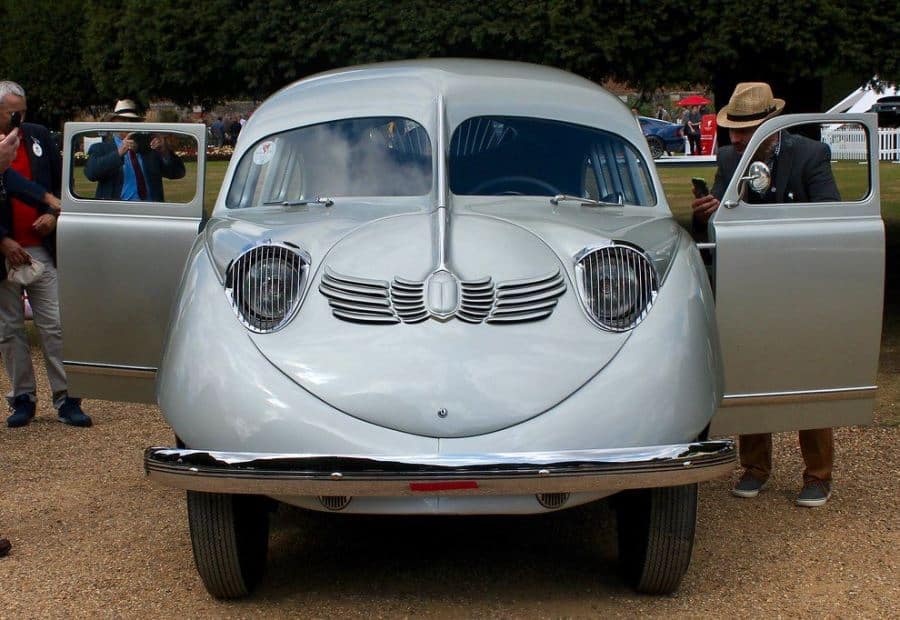 Hitting the roads in the late 1930s, the Stout Scarab has one of the most interesting designs. It was not a hit with the public when it first came out. Resembling a futuristic streamliner, the drivers rejected the Scarab for its ugly appearance.

Designer William Stout sought to create a vehicle of the future, but it didn’t quite turn out that way. It was unpopular and considered too expensive at $5,000. However, people began to appreciate the Scarab’s slick curves and design over time. It boasts an impressive V8 engine with a removable table and the second row of seats that turn 180 degrees to face the other row. 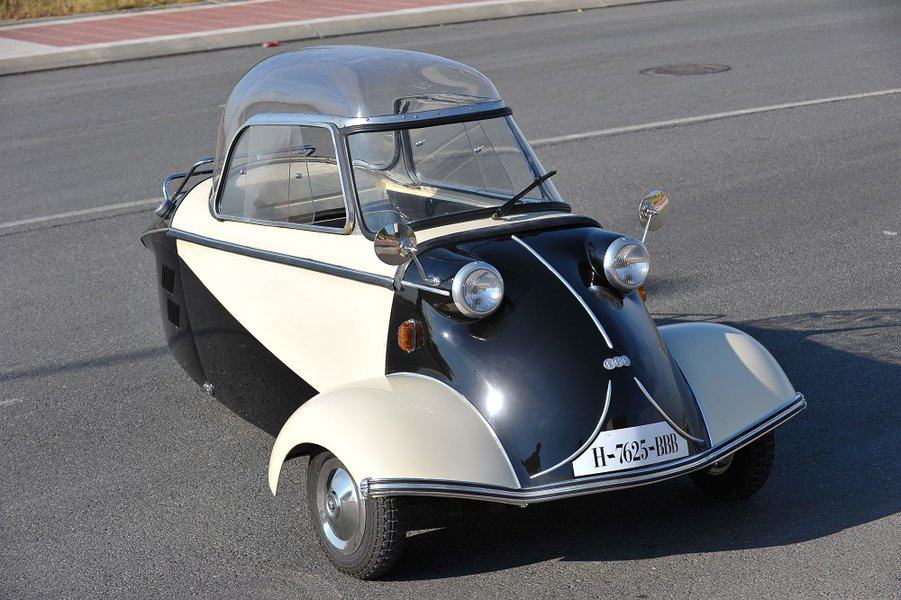 In the late 1950s, aircraft engineer Fritz Fend created the unique three-wheeled Messerschmitt. Also known as the Kabinenroller, or Cabin Scooter, the small car has many scooter features, such as handlebars instead of a traditional steering wheel.

Plus, the entrance and exit are through the top of the car since there are no doors. Mass-produced by German manufacturer Messerschmitt, the three-wheeled Cabin Scooter didn’t catch on with drivers and ceased production by 1964. 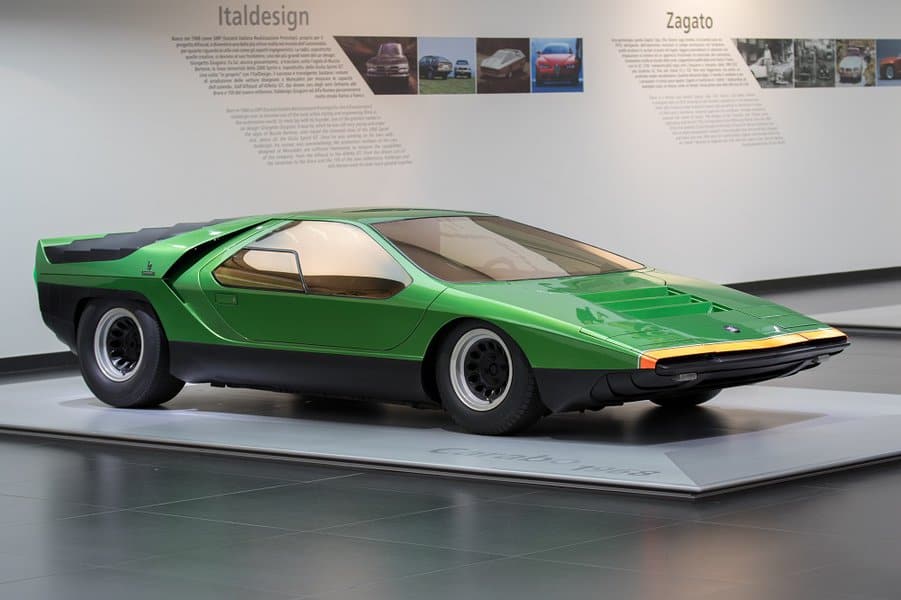 Since the early 1900s, Alfa Romeo has produced a series of impressive sports and racing cars. They built a reputation for unique cars with slick designs. At the 1968 Paris Motor Show, the company introduced the world to a car that seemed like a cartoon. The distinctive Alfa Romeo Carabo is one of the strangest-looking concept cars.

It’s best known for having a unique wedge design and scissor doors. The Carabo even won the Wedge Wars award and influenced several cars. Named after the Carabidae beetles, the Carabo came in a distinct green or orange color. 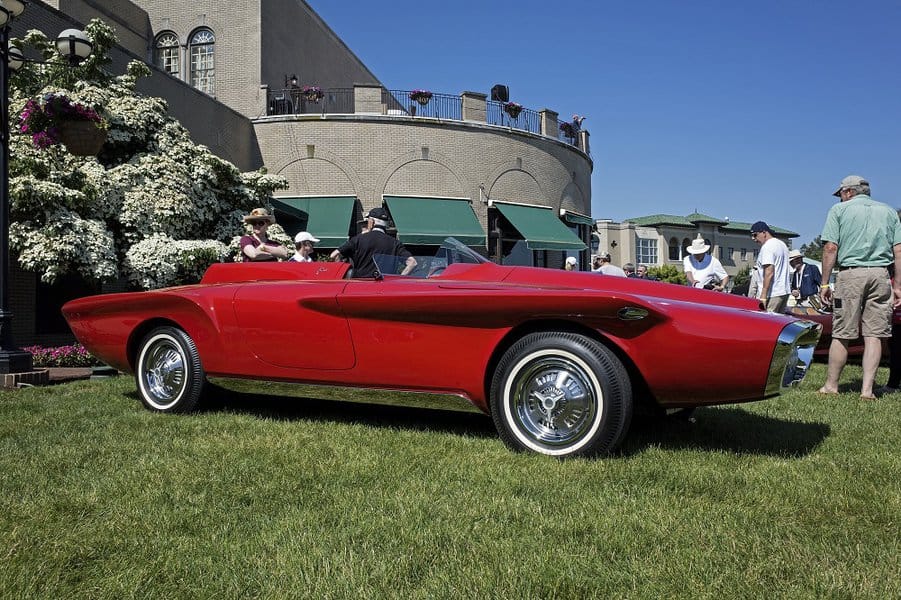 In the 1960s, innovative designer Virgil Exner overhauled Chrysler’s design to put more emphasis on style. The company had always focused on making durable and reliable cars over slick designs. Exner attempted to bring some style to the brand with the Plymouth XNR.

His main goal was to compete with the Chevrolet Corvette with this flashy two-seater. However, the car never went into production after the prototype debuted. The XNR has had many owners over the years and traveled the world until selling for $935,000 in 2012.

See more about - The Top 22 Weirdest Cars Ever Made