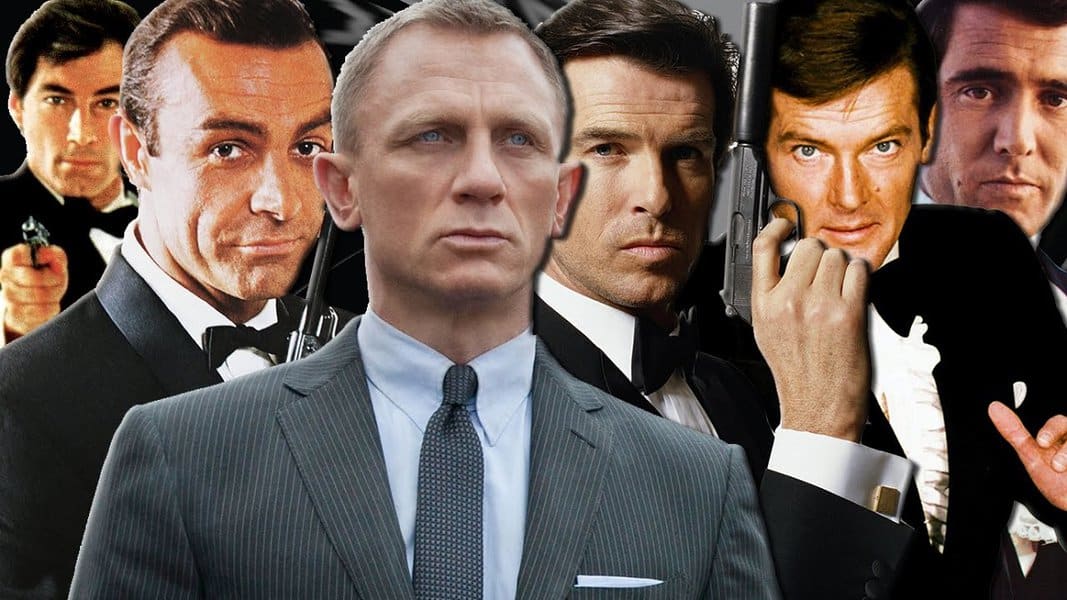 All 8 Actors Who Played James Bond

Ian Flemming’s James Bond is one of the world’s most famous fictional spies. The British Secret Service agent first appeared in Flemming’s Casino Royale and would go on to make his presence felt in a further 13 of his novels. The books were a huge success and it wasn’t long before Bond made his mark on the big screen. Actors who played James Bond range from the smooth and charming Sean Connery to Daniel Craig, the ruggedly handsome and most recent 007.

The chance to play Bond is a very special gift that only eight actors have had the chance to do over the past 70-odd years. Taking on the role doesn’t always mean success though, with several actors who played Bond struggling to connect with audiences and lasting no more than one movie.

The hunt is currently on for the next Bond, with many different names being thrown around. Idris Elba, Tom Hardy, Richard Madden, Henry Cavill, and Tom Hiddlestone are all in the mix if you believe the gossip mags. It is also rumored that Eon Productions want a younger man to play Bond, which could rule out some of the candidates just listed.

While we still wait for confirmation on who the next 007 agent will be, we thought we’d take a look at the actors who have already played the British spy.

All 8 Actors Who Played James Bond 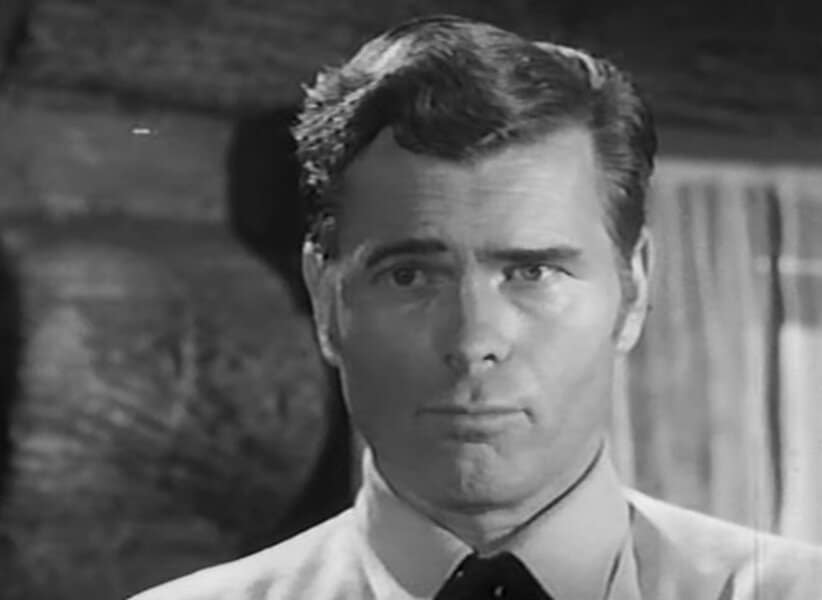 You probably aren’t that familiar with Barry Nelson’s James Bond. The actor was actually the first to play Bond way back in 1954. Not only did he appear in the famous tuxedo eight years before Sean Connery, but he was American. That’s right, the first actor to play the suave British spy was actually a Yank!

Nelson played Bond in a television adaptation of the first Ian Flemming book Casino Royale. It was part of an episode for the anthology series Climax! It is believed there was talk of making a Bond TV series depending on how the episode fared, but that obviously never came to fruition.

In the show, Nelson played Bond as an American who was often called “Jimmy” by other characters. The episode also featured Peter Lorre as Le Chiffre, the main villain in the novel. The episode was originally thought to have been lost but was found again in 1980 and is included on the DVD of the 1967 version of Casino Royale. You can also watch it for free on YouTube.

Nelson never played Bond again, but he did have a successful career in the movies, going on to appear in famous movies such as Airport, The Shining, and Poltergeist. 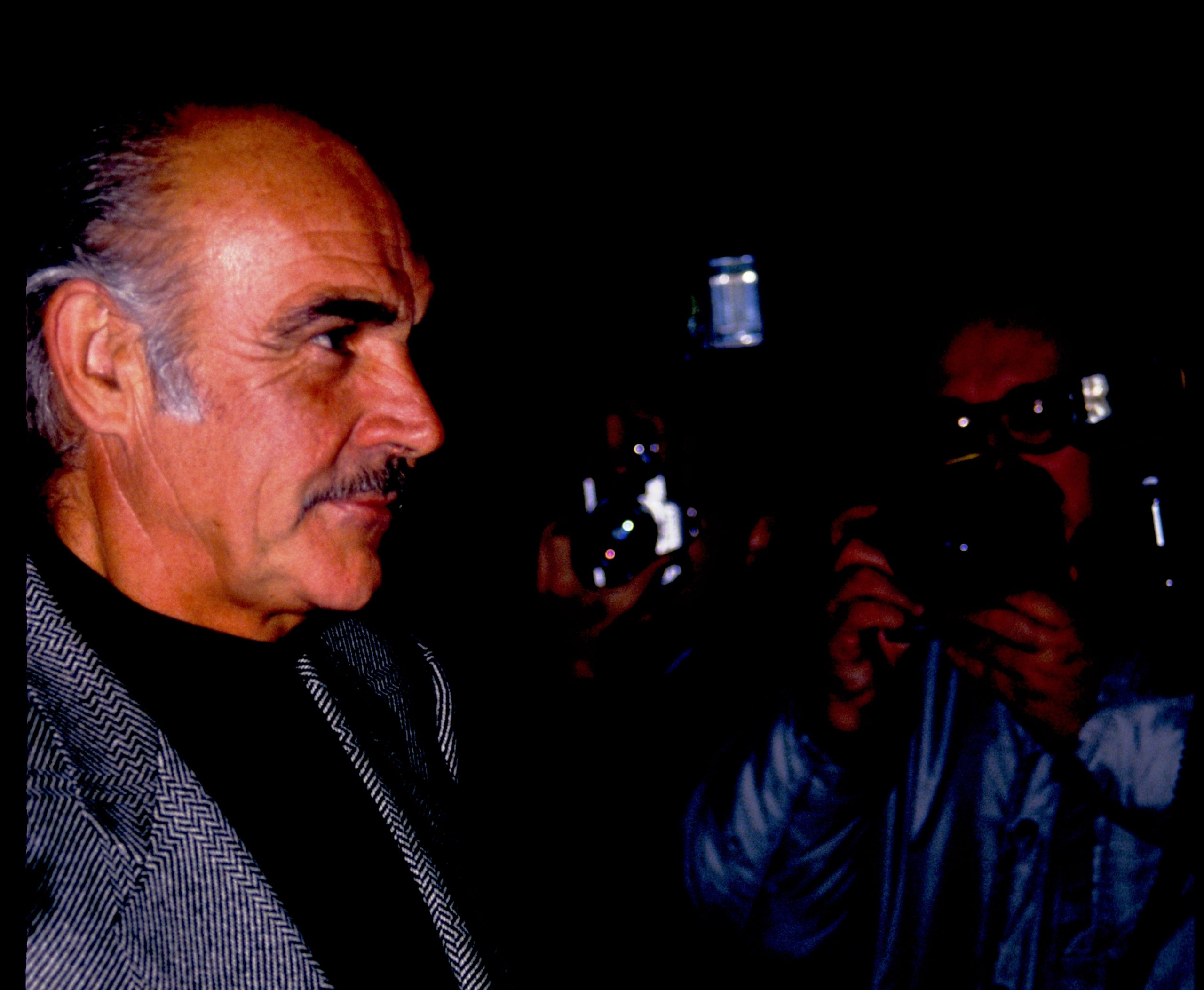 When people think of the character James Bond, for many, Sean Connery is the ultimate. The Scottish acting legend played James Bond seven times across 21 years. He was first cast to play the spy in an adaptation of Ian Fleming’s Dr. No. in 1962. While it is a role Connery will be forever synonymous with, at the time of his casting many were unsure if he was the right choice. Fleming in particular wasn’t a big fan, and many other actors were considered, including Cary Grant, Richard Johnson, and Edward Underdown. But Connery eventually secured the role and the rest, as they say, is history.

Between 1962 – 1967 Connery would feature in five Bond movies; Dr. No, From Russia With Love, Goldfinger, Thunderball and You Only Live Twice. Each was a bigger success than its predecessor, with Goldfinger universally praised as the archetype Bond movie that captures the spirit of Fleming’s books while also setting the template for Bond movies to come.

During the filming of You Only Live Twice it was announced that Connery was retiring from the role, but that proved a little presumptuous. After missing the next installment, Connery returned for Diamonds Are Forever in 1971. The reason Connery decided to come back might have something to do with his paycheck, which was a then-record $1.25 million. A box office smash, Connery stepped away for a further 12 years before finally portraying the hero one final time in the 1983 hit Never Say Never Again.

Unlike the other movies in the series, Never Say Never Again wasn’t produced by Eon and was basically a rehash of Thunderball. It’s much more of a serious spy thriller with emotional depth and is the only Bond film not to feature the classic theme song.

Connery would forever be linked with Bond, but unlike some actors, it never overshadowed his career. He would go on to star in a slew of other hit movies (Highlander, Murder on the Orient Express, The Untouchables, Indiana Jones and the Las Crusade, The Rock, and The Hunt for Red October) and cemented his status as one of the greats. 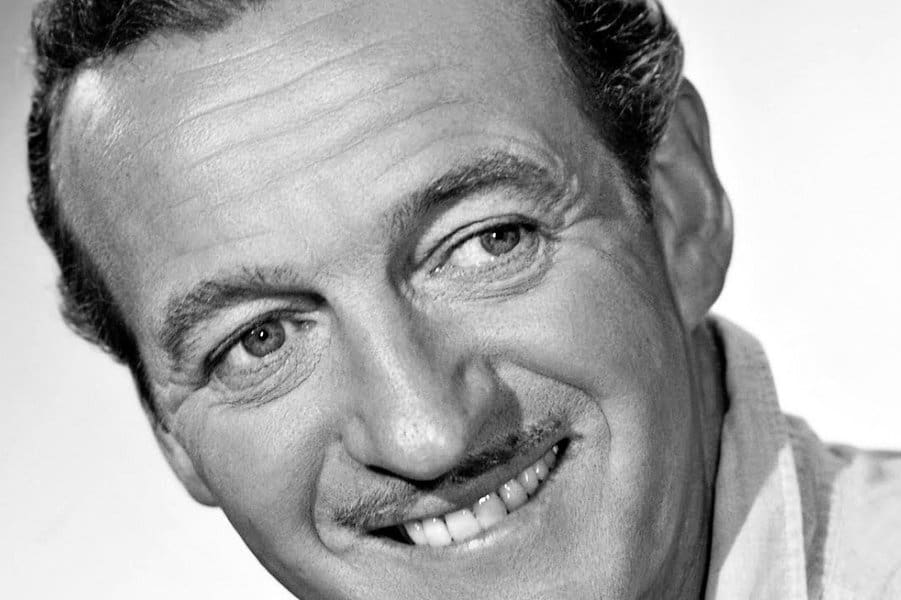 The first English actor to play Bond, David Niven took on the role of the smooth-talking spy in the spoof Casino Royale. Based loosely on the Ian Fleming novel, the movie finds Bond forced out of retirement to battle Dr. Noah and the organization SMERSH, substituting for SPECTRE due to legal issues.

The movie featured an ensemble cast and six other actors pretending to play James Bond as they go up against the evil terrorist organization. Niven was hilarious as Bond and the total opposite of Sean Connery. Only the second Bond film not to have Eon involved, Casino Royale was a surprise hit, but critically savaged. Fleming was also happy with Niven being given the chance to play Bond, so at least there’s that. 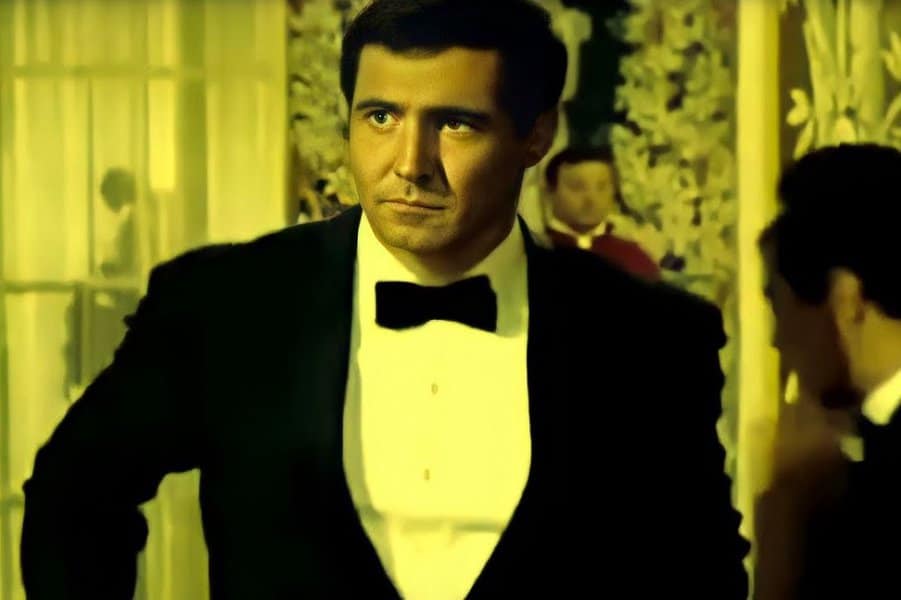 After Sean Connery stepped down the hunt was on for a new Bond. There was a long list of potentials, but it was Australian model George Lazenby who finally secured the coveted role. Strangely, Lazenby had never acted before, but that didn’t seem to bother producers Albert R. Broccoli and Harry Saltzman, who likes the look of the strapping young Aussie.

Lazenby starred as Bond in On Her Majesty’s Secret Service, which was seen as a much more realistic take on the Bond mythology than the Connery movies. The film followed the novel closely and showed a more emotional side to Bond. The movie performed well but critics were divided, especially on Lazenby’s performance, but retrospective reviews are much more favorable, with many believing On Her Majesty’s Secret Service is the best Bond in the franchise.

Even though he was nominated for a Golden Globe, Lazenby decided at the end of filming that he didn’t want to star as Bond in another movie. His one-and-done deal made him the actor to star in the least Bond films produced by Eon. Lazenby would go on to have a relatively successful career in the entertainment industry, although he never seemed to top his debut role as Bond.

See more about - The Best James Bond Watches Of All Time 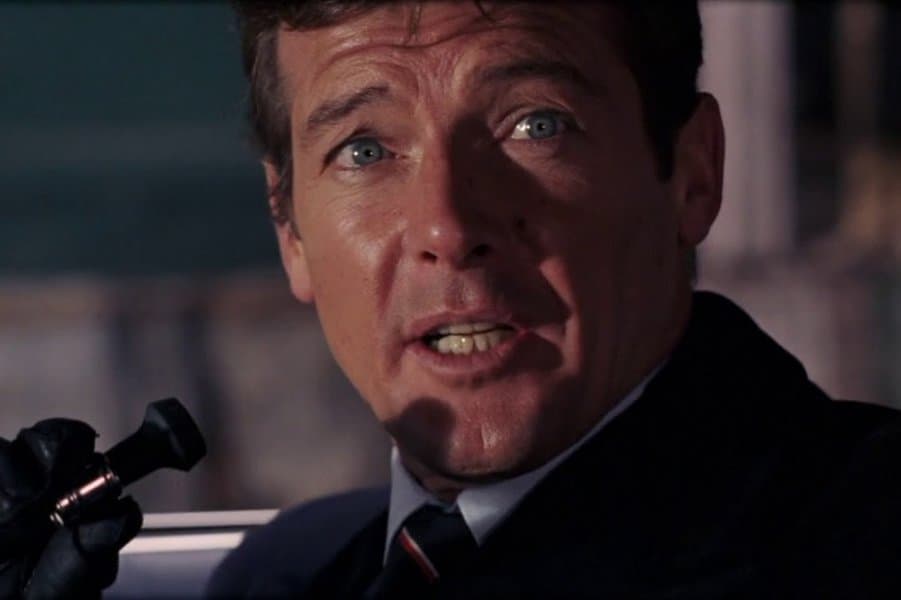 After Lazenby decided not to sign on for more Bond movies, Eon was back to square one. A host of big-name actors were interviewed about the role, including Burt Reynolds and Anthony Hopkins, but it was The Saint star Roger Moore who got the nod. Similar to Connery, Moore played Bond in seven movies; Live and Let Die, The Man With the Golden Gun, The Spy Who Loved Me, Moonraker, For Your Eyes Only, Octopussy, and A View to Kill.

Moore’s Bond was much more comical and campy than both Connery and Lazenby and his stint as the gadget-welding spy would become known for its humor. Moore didn’t take himself seriously and this showed in his performance and the plots of many of his movies, with Bond going to space in Moonraker and meeting a Bond girl by the name of Octopussy in the movie of the same name.

Bringing a different energy to the series, the majority of Moore’s Bond movies were commercial hits, although the critics weren’t always on board. This never bothered Moore, whose post-Bond career, while not as strong as Connery’s, still featured some fantastic performances that resulted in some great movies. 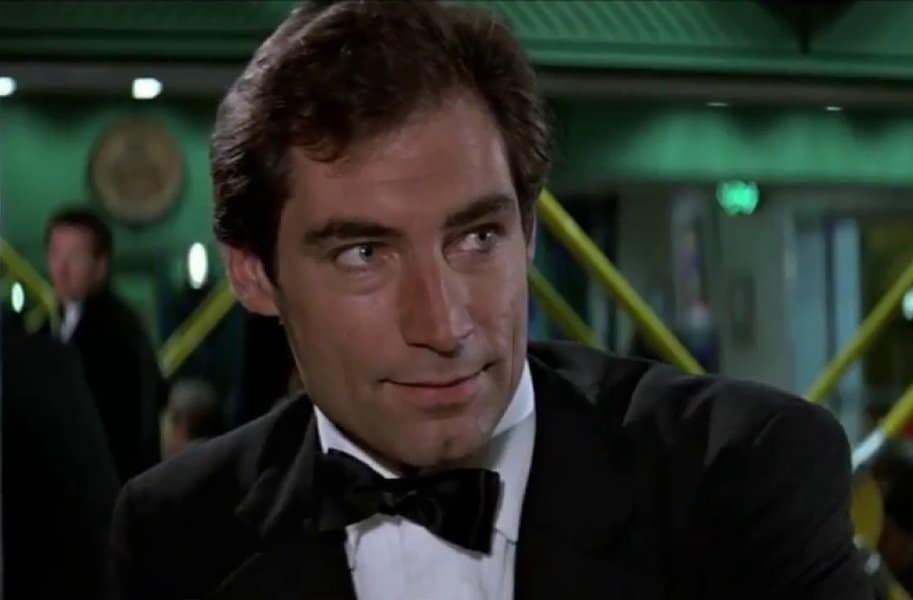 The second American (first for Eon) to take on the role of secret agent James Bond, Timothy Dalton had originally been asked to play 007 in the movie On Her Majesty’s Secret Service. Only in his mid-20s at the time, Dalton thought he was too young for the role and declined. When they came back to him a decade and a half later, Dalton relished the chance to play one of the most famous characters in movie history.

Dalton starred in two Bond movies, The Living Daylights and License To Kill. After the campiness of Moore’s Bond, Dalton’s was another serious take on 007. Take License To Kill, where Bond is suspended from MI6 and heads off on his own private revenge mission, something quite different from other movies in the series. There was a grittiness to Dalton’s Bond who did things his way.

Both of Dalton’s forays as Bond were commercial successes but received critically mixed reviews. Some really loved Dalton’s stoic take on Bond, while others thought he failed to capture the essence of Bond. He would only play Bond in these two films, as legal issues meant there was a delay in the creation of the next movie, with Dalton exiting the project. 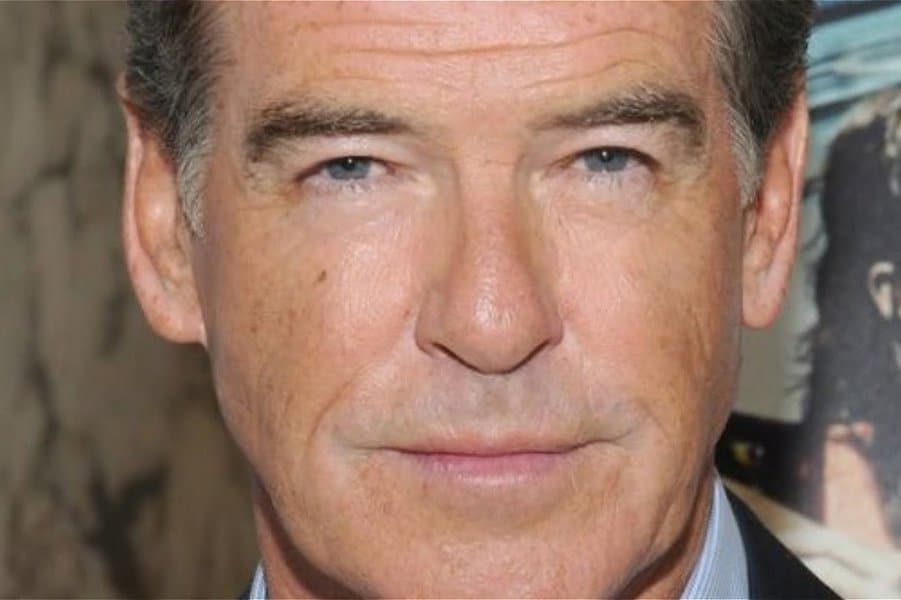 There was a six-year gap between Dalton’s License To Kill and Pierce Brosnan’s GoldeEye. After the legal issues were finally cleared up, Bronson, who was first sought out to replace Moore, finally got the go-ahead to play Bond in what was the first movie not based on an Ian Fleming original novel or short story. It’s also the first Bond movie to feature M as a woman (the wonderful Judi Dench) and the first to use CGI.

GoldenEye was a massive success, making $356.4 million worldwide and bringing Bond into the 90s. It also gave us the sensational GoldenEye 007, one of the great video games of the 90s. Bronson had the right mix of sophistication and charm and was hailed by many as the best actor to play Bond since Connery. He would play the MI6 agent in a further three movies; Tomorrow Never Dies, The World Is Not Enough, and Die Another Day. Unfortunately, each film was worse than the previous, with Die Another Day arguably the most pitiful Bond film of all time.

Despite varying returns, Brosnan’s run as Bond remains memorable and helped bring new life to the series after Dalton’s 80s movies. There’s clearly a greater emphasis on fun and action in Bronson’s movies while also using modern special effects to create a Bond for a new generation. 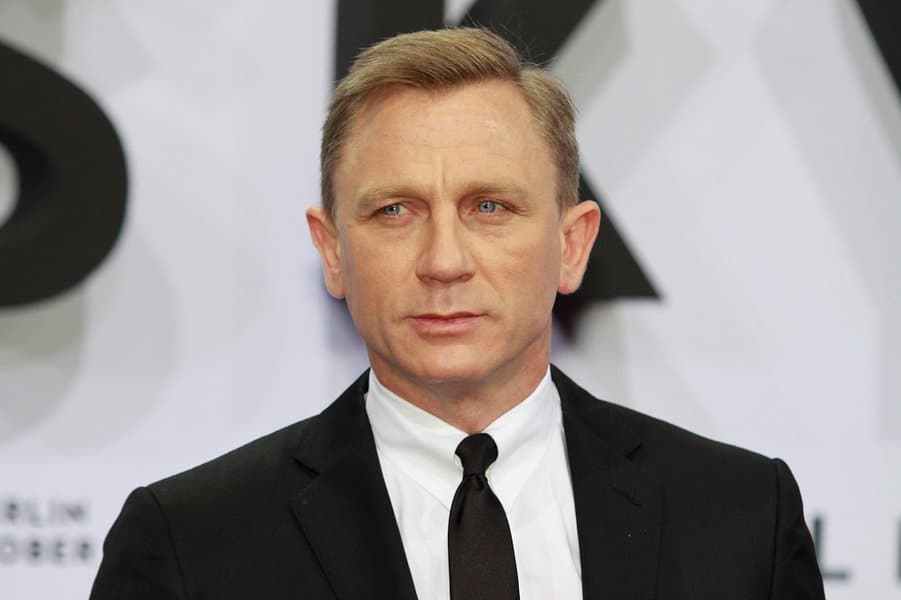 The most recent Bond is on par with Sean Connery in the eyes of many. While everyone was up in arms when the blond-haired Daniel Craig was announced as the new 007, he quickly put any fears to rest with his incredible performance in Casino Royale. His five films are a soft reboot of the series, as we follow Bond from his first mission in Casino Royale to uncovering a conspiracy orchestrated by big bad SPECTRE, which is prevalent throughout all five movies and concludes with 2021s No Time To Die.

Craig’s Bond is a very modern take clearly influenced by the more realistic Bourne movies. There’s a hard edge to Craig, whose cold Bond has his own personal issues he’s dealing with. Craig helped bring Bond into the 21st century and the films he made make for a great series of movies that work as independent thrillers and as part of an overarching storyline.