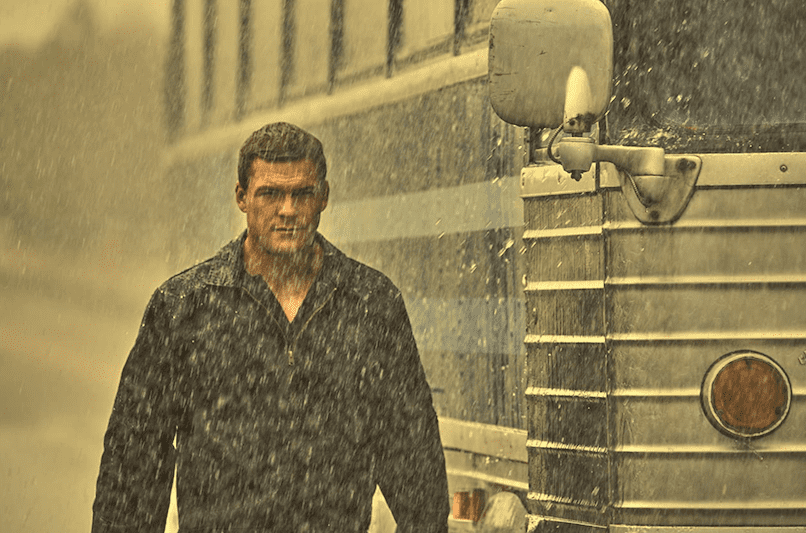 The showrunners for Amazon’s upcoming Reacher streaming series have listened to fans of the books and tagged Alan Ritchson to play the titular role.

While Tom Cruise played the character well enough in his two film stint as the wandering vigilante, his smaller stature always grated with fans of writer Lee Child, whose character Jack Reacher (no middle name) was a 6’5’ and almost 250-pound brick wall.

Ritchson is a beefy 6’2′ who fans may know as the hulking Raphael from the TMNT franchise and in his role as the Hawk in Titans. He brings plenty of heft and charisma to the role if the trailer is anything to go by. Ritchson goes through the two-minute clip mauling wrongdoers and mystifying the police in equal measure.

The official synopsis for the show reads:

Reacher follows Jack Reacher, a veteran military police investigator who has just recently entered civilian life. Reacher is a drifter, carrying no phone and the barest of essentials as he travels the country and explores the nation he once served. When Reacher arrives in the small town of Margrave, Georgia, he finds a community grappling with its first homicide in 20 years. The cops immediately arrest him and eyewitnesses claim to place Reacher at the scene of the crime. While he works to prove his innocence, a deep-seated conspiracy begins to emerge, one that will require Reacher’s keen mind and hard-hitting fists to deal with. One thing above all is for sure: They picked the wrong guy to take the fall.

If the plot and trailer are anything to go by, this is certainly a more authentic version of Reacher sure to appease fans.

See more about - What’s Coming To Netflix This December 2021