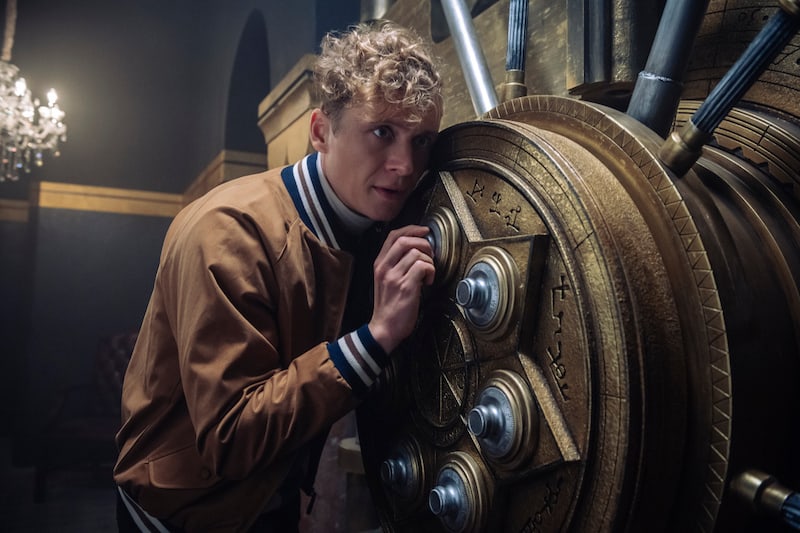 The success of Zach Snyder’s action-packed zombie epic Army of the Dead is being expanded in the new movie Army of Thieves. A prequel set six years before the events of the Netflix original, this heist film focuses on fan favorite safecracker Ludwig Dieter, played by Matthias Schweighöfer.

The film finds Schweighöfer’s Dieter, a small town bank teller, being recruited by a group of thieves to pull off daring robberies at the beginning of the zombie outbreak. Set throughout Europe, the ragtag bunch of criminals attempts bigger and more dangerous heists while being hunted by Interpol.

If the trailer is anything to go by, this film looks like a lot of fun, with a bit of The Italian Job vibe to it. While it would have been easy to capitalize on the fame of Army of the Dead’s lead Dave Bautista and set a film around him, Snyder and co have gone a more exciting route by exploring the character of Dieter and how he got into the safecracking game.

Speaking with IndieWire following the release of Army of the Dead, producer Deborah Snyder called Army of Thieves a “romantic comedy heist film,” adding, “It stands alone, and [while] you could watch it because it’s the history of our safecracker, it’s also just this really sweet, funny film,” she said. “It’s set in our same timeline, but it’s not like a zombie movie. … It’s more like The Italian Job, but it takes place in a world where these zombies exist in America and it’s causing instability in the banking institutions. They’re moving money around, so it’s the perfect opportunity for a heist.”

Not only is Schweighöfer starring, but the German actor is directing from a script by Shay Hatten, who co-wrote Army of the Dead with Joby Harold, and producing alongside Zach and Deborah Snyder, Wesly Coller, and Dan Maag.

Along with this prequel, an animated series, Army of the Dead: Las Vegas, is also in the works. This show is said to be another prequel focusing on the main characters from Army of the Dead, including Bautista’s Scott Ward, Ana de la Reguera’s Maria Cruz, Omari Hardwick’s Vanderohe, and Tig Notaro’s chopper pilot Marianne Peters.

Army of Thieves is set for release later this year.