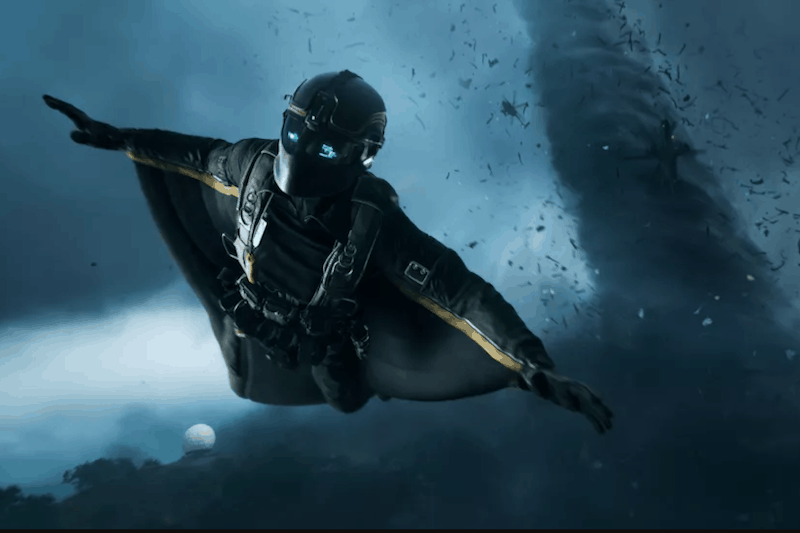 The first official trailer for the much anticipated Battlefield 2042 is here and boy does it looks grand! Electronic Arts and developer DICE have shared the five-minute offering that’s set in the not too distant future along with a load of other info about the game.

While the 2042 setting might have you thinking lasers, spacecraft, and Blade Runner-esque visuals, the game is said to feature realistic combat. Battlefield 2042 also has no single-player campaign or battle royale mode. Now before you get up in arms about this, EA has assured fans the game will be worth playing thanks to its multiplayer modes.

The heavy focus on online gaming shouldn’t be a surprise, as that’s where the money lies, and EA is doing their best to corner the market with a massive 128 players able to battle it out at once on PC, PlayStation 5 and Xbox Series S and X. For those still playing older consoles, the PlayStation 4 and Xbox One versions will support 64 players.

“What we are building with Battlefield 2042 is a true evolution of the Battlefield franchise. It’s a modern multiplayer shooter and it’s a return to all-out-warfare, made possible by a leap forward in technology – the perfect match of Frostbite, next-gen tech, and the innovative approaches designed by the team,” Oskar Gabrielson, general manager of DICE, told GamesRader+. “2042 has given us the freedom to create an unmatched gameplay experience unlike anything before in the franchise.”

That’s not to say there isn’t a story, with Battlefield 2042 set against a humanitarian crisis brought about by climate change as America and Russia go to war. Players will now choose characters known as “Specialists,” who come with their own unique skills and abilities.

There will be three main modes of play. The first, All-Out Warfare, is classic Battlefield with bigger maps and more players, Hazard Zone is an action-packed, team-based mode that’s said to differ from the carnage of All-Out Warfare, while the third is yet to be announced, with EA describing it as a “love letter Battlefield fans and long time players.”

As the trailer illustrates, Battlefield 2042 looks like being one of the better installments in the long-running franchise. The mixture of new combat modes and grounded futuritistic elements mean this game might finally pip Call of Duty for supremacy in the first-person shooter genre.

Battlefield 2042 will be available on PlayStation 5, Windows PC and Xbox Series X, PlayStation 4, and Xbox One on October 22.