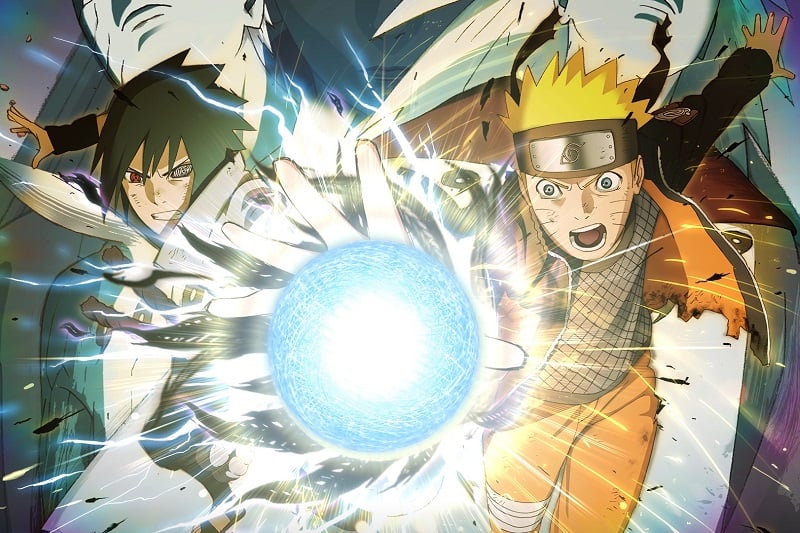 The 12 Best Anime Series of All Time

Anime has been prevalent in Japan since the early 20th century. By the 1980s, it already entered the international market and quickly became a dominant force in the entertainment industry. Today, anime produces a majority of the most popular animated television shows in the world.

This combination of hand-drawn and computer animation shaped the art style that most people instantly recognize nowadays. Big studios like Studio Ghibli, Toei Animation, and Aniplex have gained their own set of loyal fans due to their consistent mainstream success. Anime is often adapted from popular manga, such as the case for Naruto, One Piece, Bleach, and Hunter X Hunter.

Whether you are a first-time viewer or have watched anime before, check out our list of the 12 best anime series of all time.

Cowboy Bebop is a very popular classic anime from 1998. Both hardcore and casual anime viewers will have at least heard of this one. It is a combination of science fiction, western, and neo-noir. This anime series was created by the animation studio Sunrise, a company that is also known for other popular anime like Gundam and Code Geass: Lelouch of the Rebellion.

Set in 2071, it follows the story of several bounty hunters working inside a spaceship called the Bebop. It has been almost 50 years since a hyperspace gateway incident turned the Earth into an uninhabitable place of ruin. Mankind has already turned a lot of planets and moons in the solar system into colonies for the population.

This series only has 26 episodes, which makes it a great anime starter series for first-timers. It does not stretch out for too long but has enough of an impact to still remain popular 23 years later. It was originally broadcast on the TV Tokyo network in Japan and in a number of English and locally dubbed channels worldwide.

This is one of the oldest anime series on our list. It is part of the genre known as mecha anime, which features robots and mech suits that are used to battle each other. Neon Genesis Evangelion was first aired from 1995 to 1996 on TV Tokyo. It was later released with subtitles in English as well as other languages, and local dubbing in at least seven other countries. Today, it is available on online streaming sites and apps.

Produced by Gainax, this series is set in a fictional version of the Earth. 15 years after apocalyptic events changed the world forever, a teenage boy called Shinji lives in a fortified city of Tokyo-3. He has been recruited by his father to join the shady organization Nerv as the mecha pilot for the Evangelion Unit-01.

The show lasts for 26 episodes and also features themes inspired by world religions. There are symbols relevant to Judaism and Christianity throughout the series, opening it up to an entire set of new viewers who embraced the series.

Dragon Ball Z continues to follow Son Goku, now an adult, on his adventures as he defends the Earth from villains. He is joined by family, friends, and former opponents he met in the previous series. This show introduced the world to now-iconic characters like Vegeta, Gohan, Trunks, Frieza, Cell, and Majin Buu.

The series ran for 291 episodes from 1989 to 1996. It was later released with subtitles and dubbed in English and other languages in a lot of countries. Dragon Ball Z is still one of the most popular and easily recognized anime today.

This is the follow-up series to the very popular Naruto series. It continues with the story of the titular character Naruto and his dream of becoming the Hokage. Naruto Shippuden introduced fans to a reimagined world of shinobi, with countries protected by hidden ninja villages.

Adapted from the popular manga series by Masashi Kishimoto, Naruto Shippuden’s cultural impact is second to none. The name recall of this series rivals that of Dragon Ball in almost the entire world. It has produced a massive media franchise that includes video games, card games, and merchandise of all types. The Naruto manga has since sold more than 250 million copies worldwide.

One of the shortest anime series on our list, FLCL originally only ran for six episodes. Each episode ran for 23 to 31 minutes. It was created by Kazuya Tsurumaki and produced by the FLCL Production made up of Gainax, Production I.G, and King Records. The original series ran from 2000 to 2001.

It follows the story of 12-year old Naota Nandaba, who is living with his father and grandfather. His quiet life is disturbed when alien investigator Haruko Haruhara runs over him with a Vespa. She goes on to infiltrate his life as a maid in their home. Naota accidentally opens a portal where giant robots spawn from, and the series follows the adventures of Haruko and Naota as they save the world.

Its second and third seasons were released in 2018, also with six episodes each. Its surrealist themes received generally positive reviews from viewers and critics.

The story follows Kenzo Tenma, who is a Japanese surgeon currently living in Germany. He gets entangled with one of his previous patients, Johan Liebert, who turns out to be a serial killer. He forms a bond with Johan after choosing to operate on him instead of the Mayor during an emergency situation. The Mayor ends up dying and Kenzo’s reputation in town suffers greatly.

Nine years later, Tenma is placed in a hostage situation where Johan ends up murdering several people. He refuses to murder Tenma as payment for saving his life years ago. The story explores themes of morality, crime, and politics.

Brotherhood continues the story of brothers Edward and Alphonse Elric, who both possessed a natural talent for alchemy. In the wake of their mother’s death and their father’s abandonment, the children were taken in by their best friend, Winry Rockbell, and her grandmother. When they grew up, the two brothers traveled the world to train their alchemy skills with the hopes of someday resurrecting their deceased mother.

The series ran for 64 episodes from 2009 to 2010. Unlike the previous series, Fullmetal Alchemist: Brotherhood stayed completely faithful to the manga’s plot. It was eventually released as a subtitled or dubbed version in many countries all over the world.

One Piece is one of the longest-running anime series of all time. It debuted in 1999 and is still in production today. As of October 2021, the series is approaching its 1000th episode. Just like Naruto Shippuden, One Piece is adapted from the original manga that is featured in Weekly Shonen Jump.

It follows the story of Monkey D. Luffy who leads a crew called the Straw Hat Pirates. Luffy previously consumed a fictional fruit called the Devil Fruit and ended up obtaining the properties of rubber in his body. He journeys with his crew in search of finding the great treasure called the One Piece and becoming the next King of the Pirates.

Some of the most iconic characters from One Piece that have gained mainstream name recall include Luffy, Zoro, Nami, and Nico Robin. The series has produced an entire media franchise that includes several feature films, video games, a trading card game, and a lot of different merchandise.

One of the most popular sports anime of all time, Hajime No Ippo ran for 76 episodes from 2000 to 2002. Its popularity eventually spawned two follow-up seasons in 2009 and 2013. This show was adapted from the manga of the same name that has since sold more than 96 million copies worldwide.

This series follows protagonist Makunouchi Ippo who was bullied all of his life. He is often bossed around and beat up by his classmates and dreams of changing himself for the better. One day, Ippo is saved by a boxer, Takamura Mamoru, during a bullying incident. Ippo eventually convinces Takamura to train him to become a boxer.

The anime features Ippo facing off against opponents who are stronger and more experienced than him. The show became popular for the character development that Ippo goes through during every fight or training session. The series follows his journey to the Japanese Featherweight Championship and eventually the world championship.

Death Note is another anime series adapted from a Weekly Shonen Jump manga. The original manga was released in 12 volumes from 2003 to 2006. The show is comprised of 37 episodes that ran from 2006 to 2007. It is known for featuring elements of mystery, the supernatural, and psychological thrillers.

Set in a fictional version of Tokyo, a disgruntled high school student named Light Yagami comes across a mysterious black notebook known as the Death Note. This mystical item has the ability to kill anyone when its user writes down their name on its pages. Light eventually begins using the Death Note to take out infamous criminals until its previous owner pays him a visit. The story follows Light as Interpol searches for him to try and stop the murders.

The series has produced a whole media franchise around it that includes several live-action films, and video games. It was also released in several other countries with subtitles or dubbing in different languages.

Bleach, together with Naruto and One Piece, form the “big three” of the anime world. These were three of the most popular and longest-running anime series during their golden age in the mid-2000s. Bleach was adapted from the original manga by Tite Kubo. It aired on the channel TV Tokyo from 2004 to 2012. It was also released in many other countries, usually as subtitled or dubbed versions.

Ichigo Kurosaki, a high school student, is pulled into the world of monsters and mystical powers when Rukia Kuchiki gives him her Shinigami powers. His newfound responsibility is to eliminate monstrous ghosts called Hollows. He is eventually joined by several friends who also turned out to have connections to the supernatural.

The story follows Ichigo and his friends as they journey to the spirit world called Soul Society to try and save Rukia from execution. The series ran for a total of 366 episodes and produced a massive media franchise that included merchandise, video games, musicals, and even a live-action movie.

Attack on Titan is an ongoing anime series that first aired in 2013. With over 75 episodes and four seasons so far, it is already widely recognized as one of the best anime series of all time. It is an adaptation of the original manga by Hajime Isayama that was published in 34 volumes from 2009 to 2021. Attack on Titan has sold more than 100 million copies worldwide as of 2019.

The series is set in a post-apocalyptic world where mankind is forced to live inside massive walled cities. The walls were made to protect them from the Titans, which are giant humanoid creatures that constantly try to eat them. It follows the story of Eren Jaeger, whose family is destroyed by the Titans during an attack on their hometown.

When the Colossal Titan breaches the wall of their town, Eren and his friends Mikasa Ackerman and Armin Arlert are forced to evacuate to the inner walls. They eventually join the Scout Regiment of the military, who are tasked to investigate the behavior of Titans and to eliminate them as well.

See more about - How To Watch Netflix In Other Countries