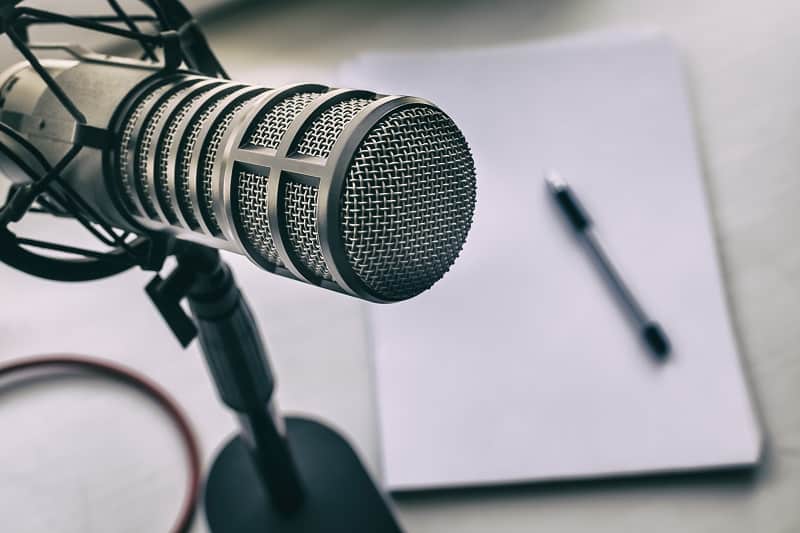 Podcasting continues to be big business. For almost two decades this form of media has slowly grown into the behemoth it is today. Almost everybody who is famous has a podcast or has at least been on one. You’ve probably even got a mate who has tried their luck at podcasting. And when it comes to topics, nothing is off-limits. There is a podcast for just about anything: true crime, sport, film, politics, history, and more. While they can be informative, they also provide an escape from the real world and can be extremely funny. That’s why we’ve chosen to look at the best comedy podcasts currently airing.

These funny podcasts range from shows featuring famous comedians and actors to ones about classic TV shows and those that deal with relationships. What they all have in common is how funny they are. So if you’re looking for a good laugh and are unsure where to start, read on and discover our top comedy podcast picks. 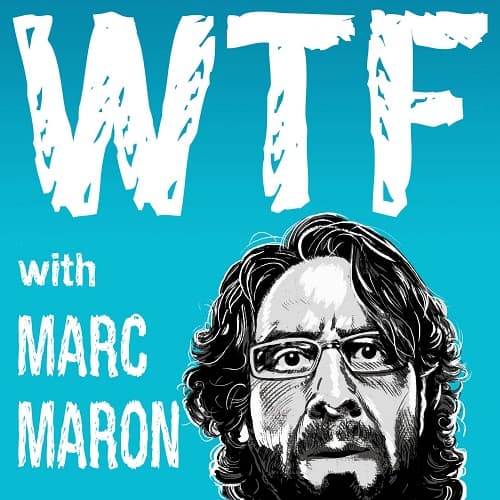 One of the OG podcasts, WTF With Marc Maron has been streaming online for over a decade. Maron, an American comedian, was at a crossroads in his career and struggling for direction when he started his podcast in 2009. Recording twice-weekly shows in his garage, the Marc Maron podcast quickly established the comedian as not only a very funny man but a fantastic interviewer who could get the most out of his guests.

Since the first episode, Maron has recorded over 1,300 podcasts and interviewed the likes of President Barack Obama, Sir Paul McCartney, Jerry Seinfeld, and Amy Poehler. While always funny, many of Maron’s chats go below the surface as he and his guests get real about issues that have impacted and shaped their lives. This is hands down one of the best comedy podcasts on the line. 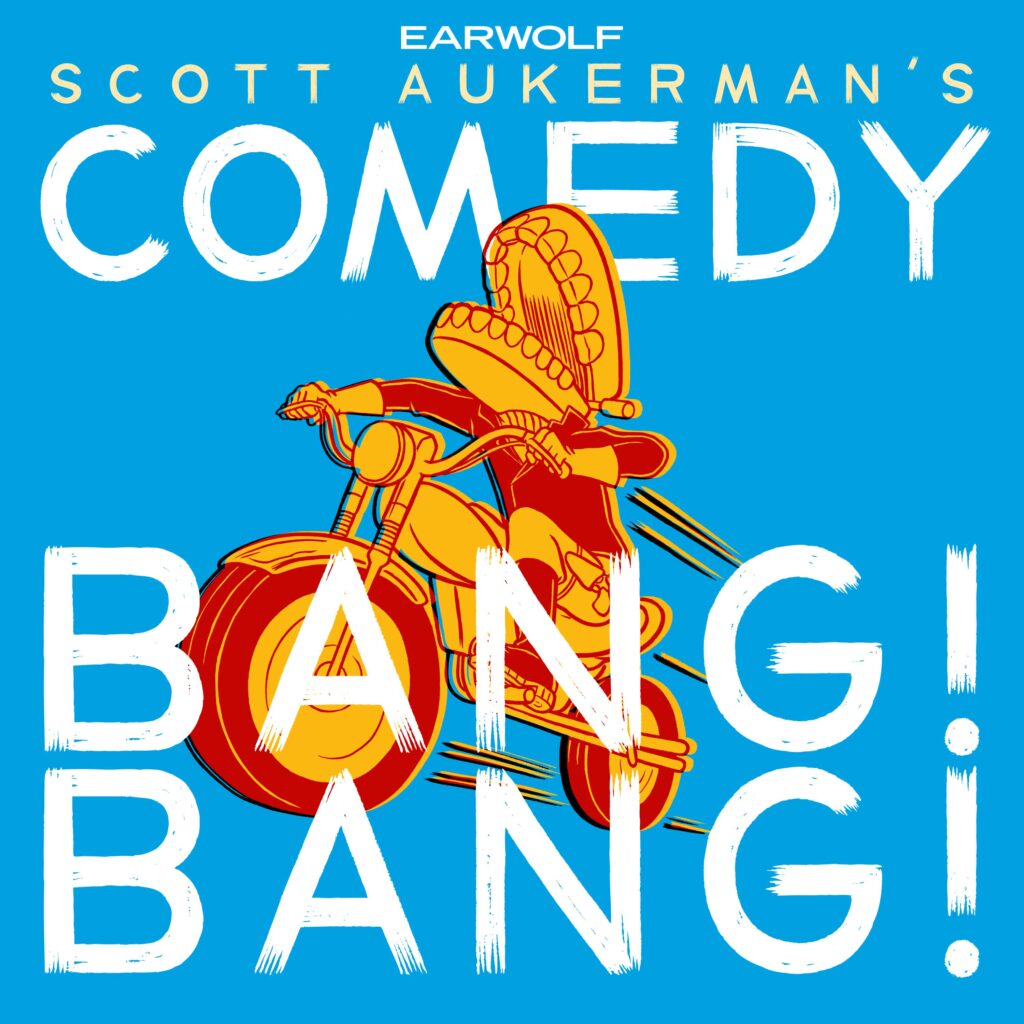 Similar to WTF With Marc Maron, this hilarious podcast has been going since 2009. Comedy Bang! Bang! is a weekly series that started as a radio show before becoming a podcast. Hosted by writer and comedian Scott Aukerman, the podcast features Aukerman interviewing guests from all walks of life. There’s often an improv section towards the end of the podcast that always provides plenty of good laughs.

While each show usually begins as a fairly normal interview, they often devolve into chaos as Aukerman takes his guests on wild tangents, introduces funny characters, and takes the conversations places you never imagine. While many of the best shows feature fellow comedians such as frequent guests Paul F. Tompkins, Jason Mantzoukas, and Lauren Lapkus, other notable people who have appeared include Jon Hamm, St. Vincent, Seth Rogan, and Weird “Al’ Yankovic. 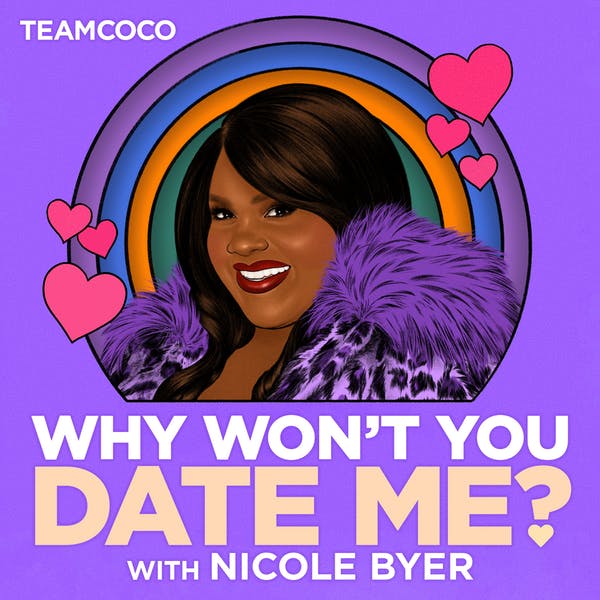 Nicole Byer is one of the most exciting comedians to come out of America this past decade. While many will be familiar with her hosting gigs for popular shows Nailed It! and Wipeout, Byer also has a very successful podcasting career. She currently hosts three different podcasts, with the pick of the bunch being Why Won’t You Date Me?

This laugh-out-loud series finds Byer joined by a variety of different guests to find out why she’s single while commenting on dating in the modern world. As she notes, Byer is “smart, funny, has a fat ass and loves giving blow jobs,” but still can’t find a man. Why Won’t You Date Me? delves deep into sex and relationships, with Byer and her guests sharing their experiences and thoughts without taking things too seriously.

Try this episode: Being Sexually Smart With JB Smooth 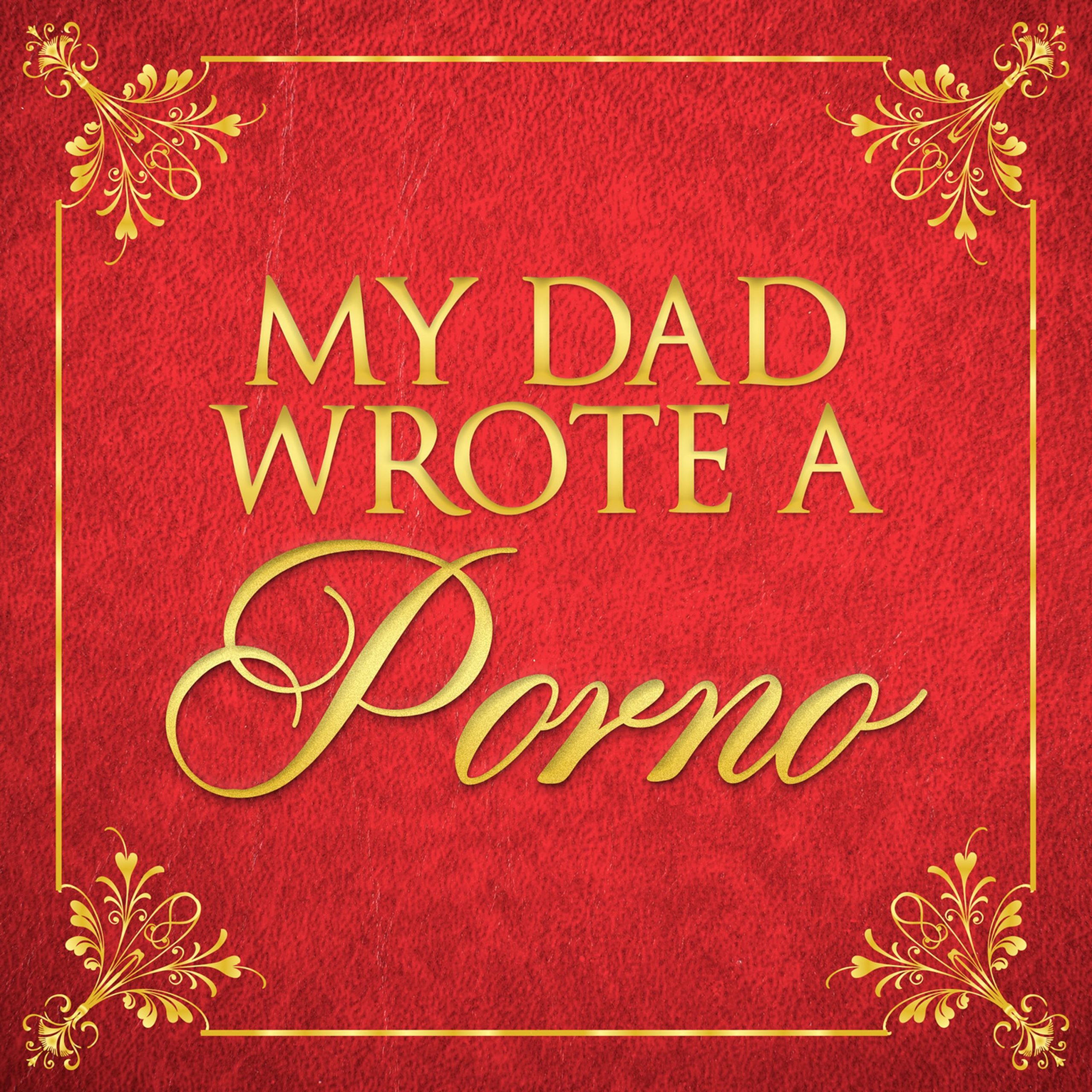 What began as a laugh soon turned into one of the most popular podcasts in history. The show has had over 300 million downloads, toured the globe twice as a live performance, and has even been adapted for an HBO special revolving around one of the book’s lost chapters. The podcast has also enthralled several celebrities who have appeared on the podcast. The likes of Lin-Manuel Miranda, Elijah Wood, and Daisy Ridley are all big fans of Morton’s dad’s writing and got their chance to sit down with the trio and discuss their love of the Belinda Blinked series of books. Inspired by the hit series Serial, actress Anna Faris decided to try her hand at podcasting with Unqualified. The show originally focused on relationships, with Faris giving her advice to listeners in between chatting with a smattering of famous guests. Seven years later and the format is a little more structured, with Faris speaking with celebrities from all walks of life about their backgrounds, careers, hopes, and dreams.

There is something instantly likable about Farris, who has a real passion to discover more about her guests and how they got to where they are. Faris has interviewed many famous faces, with recent episodes including chats with actor Danny Trejo, dating and relationship coach April Beyer, comedian Margaret Cho, and Jackass star Steve-O. 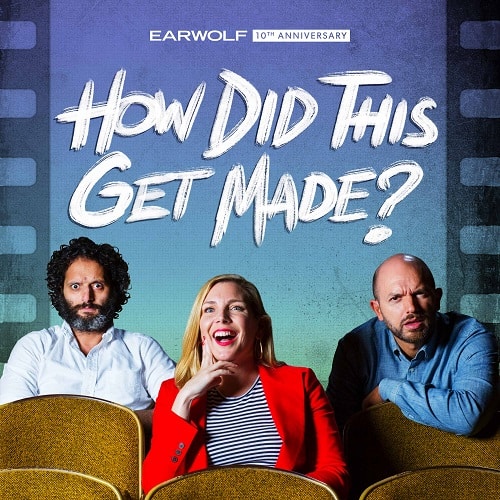 If you love bad films then this is the podcast for you. How Did This Get Made? dissects some of the worst movies ever shot. In each episode, Paul Scheer, June Diane Raphael, and Jason Mantzoukas talk about a horrible film all three have watched and dive deep into its unintelligible plots, bad acting, and silly ideas.

All three hosts are hilarious and bring their own style of comedy to the table. The bi-weekly podcast is so popular there are regular live recordings and special celebrity guests. Some of the films covered include Grease 2 (with Anna Farris), the Arnold Schwarzenegger classic Junior, and the Fast and Furious franchise with the lovely Adam Scott.

Try this episode: Face Off Live With Randall Park 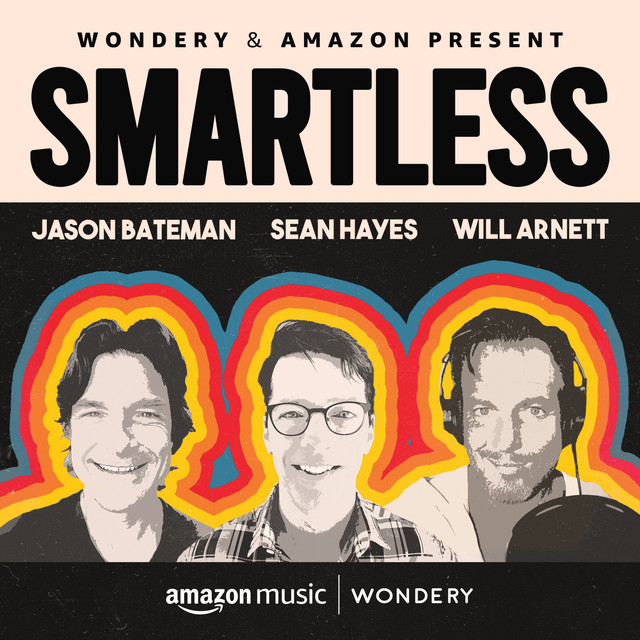 What do you get when you gather together three of the biggest names in the acting world? A hilarious comedy podcast full of stupid jokes, inane chat, and wild special guests. Smartless features Jason Bateman, Will Arnott, and Sean Hayes. Each week one of the three brings a mystery guest to the podcast for an hour of laughs, deep chats, and crazy tangents.

The chemistry between the three hosts is incredible and you can tell they all really like each other. The spontaneity of the mystery guest means there is lots of improv and random chats that only add to the laughs. Recent guests have included Liam Neeson, Paul Thomas Anderson, Halle Berry, and Thom Yorke. 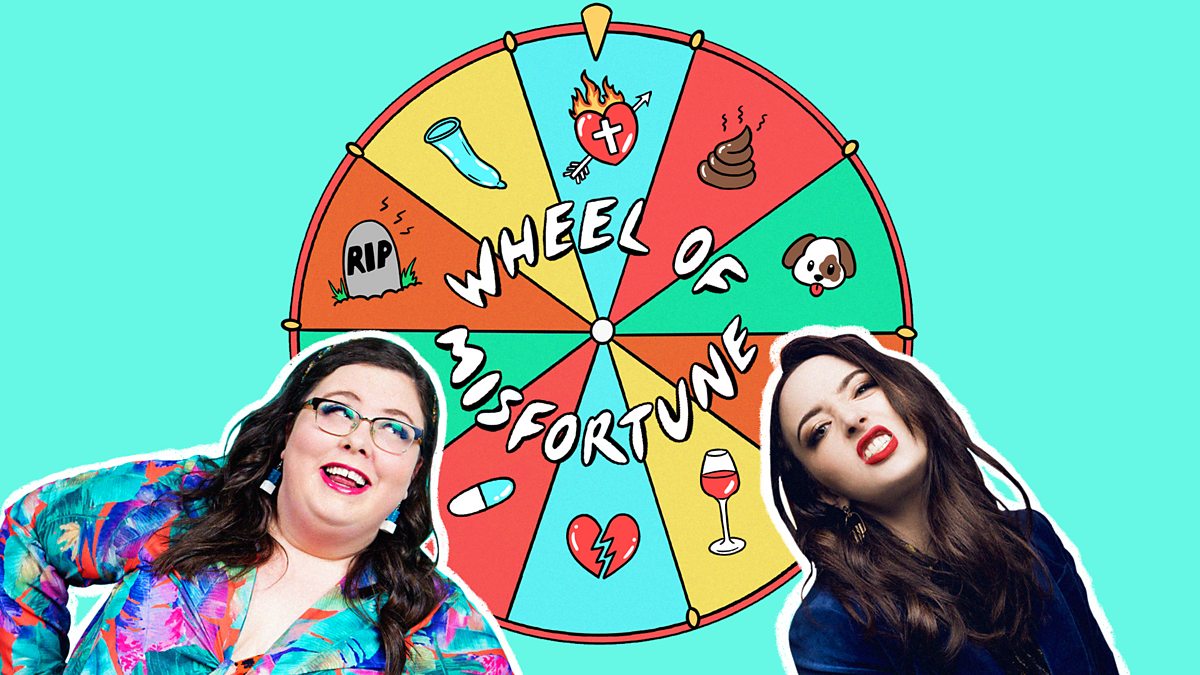 This is a genius idea for a podcast. Comedians Fern Brady and Alison Spittle spin a wheel with a range of topics listed at the end of each episode. The following week listeners leave voice messages relating to the topic. These stories are often embarrassing, hilarious, and shocking, with Brady and Spittle also giving their two cents.

Wheel of Misfortune often has special guests who relate their funny tales about toilet mishaps, bad dating etiquette, and sexual mistakes. There are also a lot of poo stories, so if that turns you off, you might want to stay away from this one. 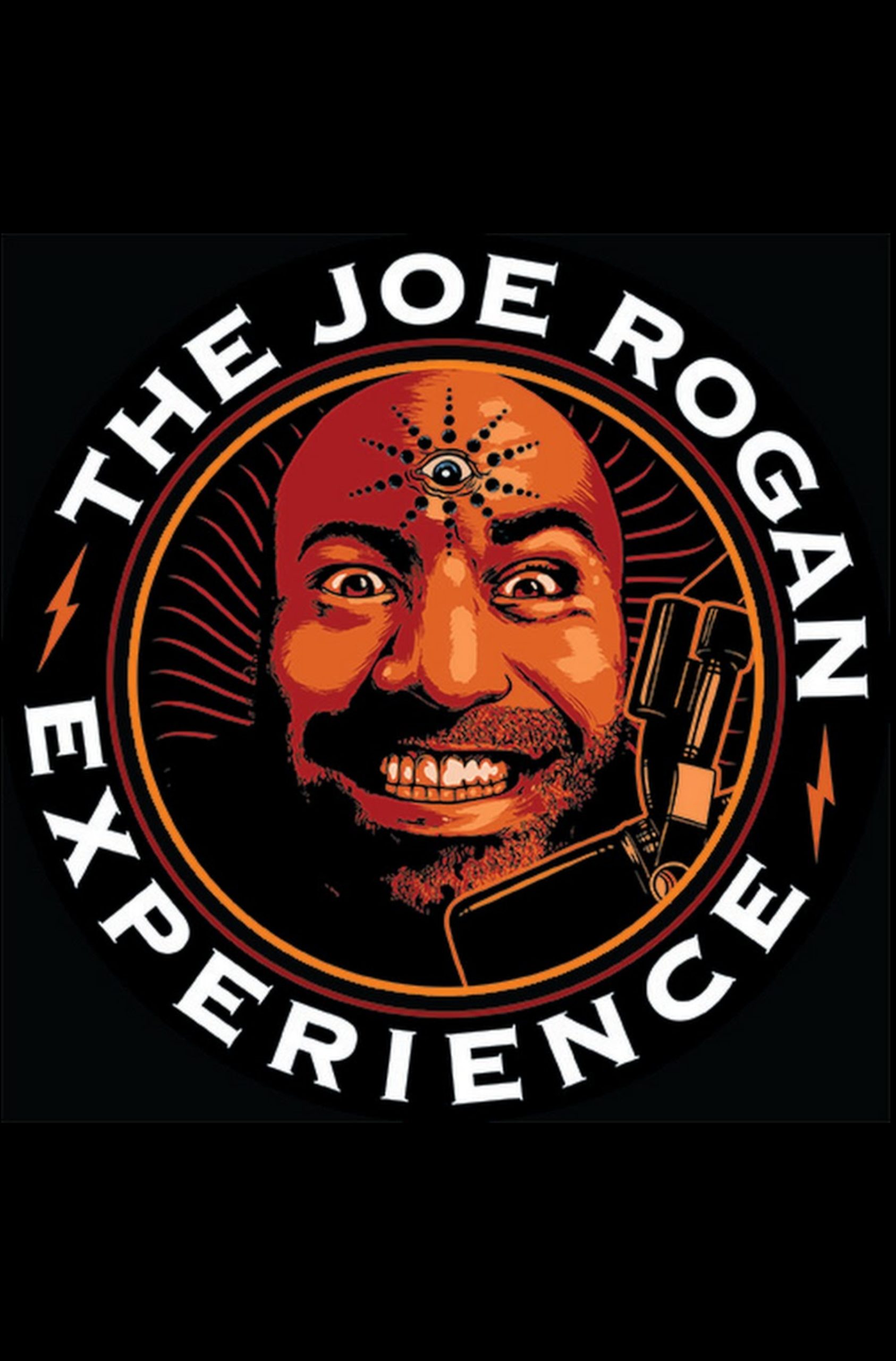 You might not find Joe Rogan funny (let’s be honest, it’s hard not to laugh at some of the things that come out of his mouth), but his popular podcast The Joe Rogan Experience does provide plenty of laughs. The former Fear Factory host, stand-up comedian, and UFC commentator has managed to carve out a niche in the podcasting world thanks to his appealing bro personality and low-key demeanor.

Rogan always manages to secure top-notch guests while spouting opinions that are often controversial yet speak to many. He has an unusual interview style where he allows his guests to speak on whatever they like without contradicting their thoughts, often happy to go along with whatever ideas they are detailing. Love him or hate him, there is no denying Rogan’s impact on the podcasting world. 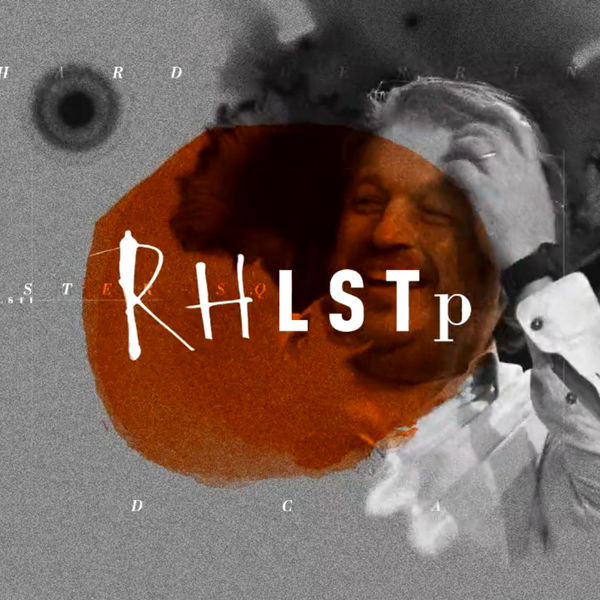 Richard Herring is another podcaster who has been there since the beginning. Over the past 14 years, he has hosted close to 20 different podcasts, from the snooker-themed Me1 vs Me2 Snooker with Richard Herring to Twitch channel rkherring. One of his longest-running projects is Richard Herring’s Leicester Square Theatre Podcast.

It originally started as Richard Herring’s Edinburgh Fringe Podcast, where Herring would interview performs at the Edinburgh Fringe Festival. It has now evolved into a live show recorded at Leicester Square Theater where Herring chats with a wide range of comedians. While very British, with a focus on guests from the UK, Herring is a wonderful host who often asks wildly inappropriate questions that have his guests squirming. 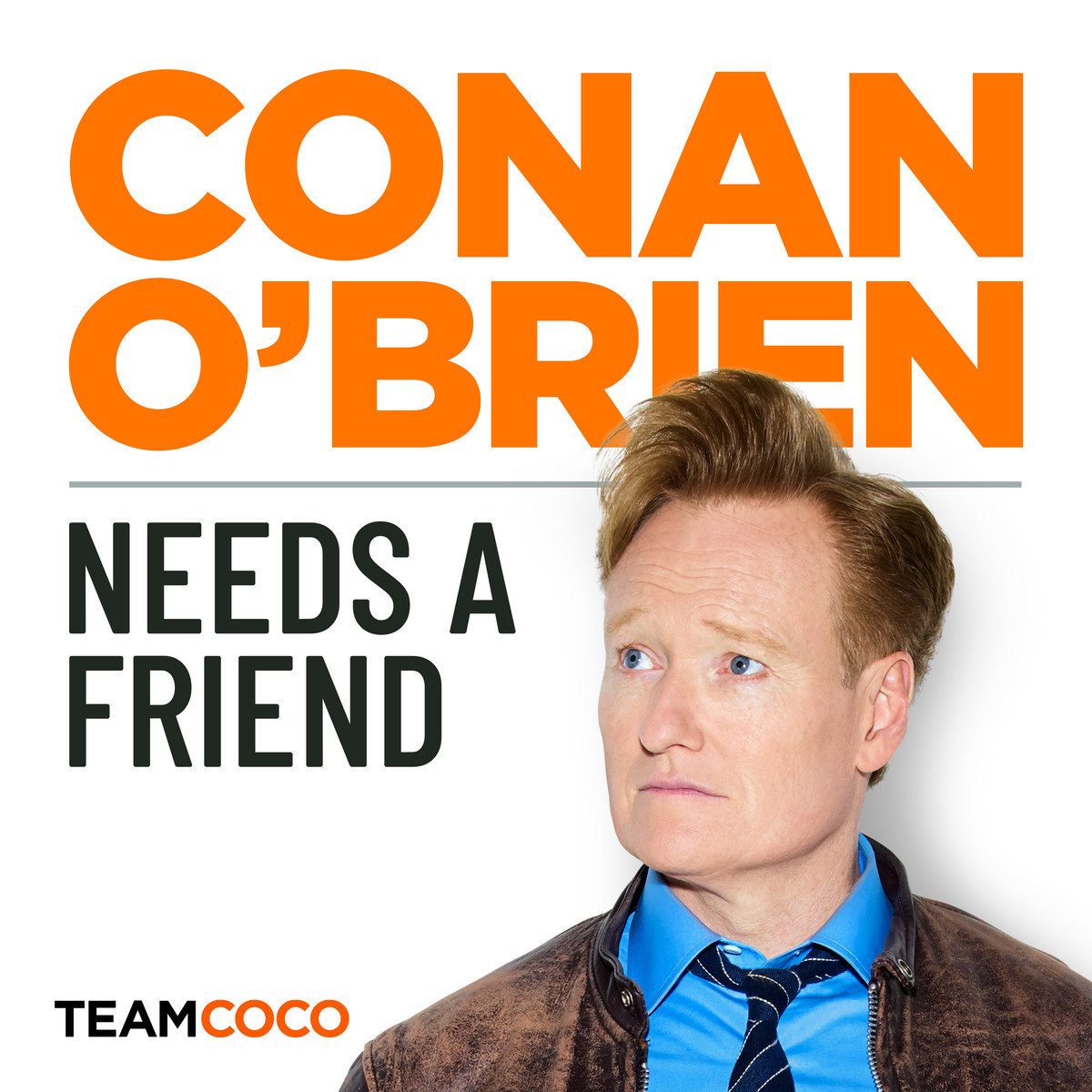 Leaving the world of talk shows behind, Conan O’Brien has found another avenue to dominate: the podcast arena. His hugely successful Conan O’Brien Needs a Freind features the ginger-haired comedian’s crack wit and comic timing as he chats weekly with a whose who of the celebrity world.

Not having to adhere to network protocols, O’Brien is free to discuss anything he wants with his guests, often leading to some random chats and hilarious stories. With close to 40 years in the entertainment business, O’Brien has nailed his on-air persona to a tee and never fails to deliver the laughs. His guests are also always top of the line and happy to play along, whatever direction the conversation goes. 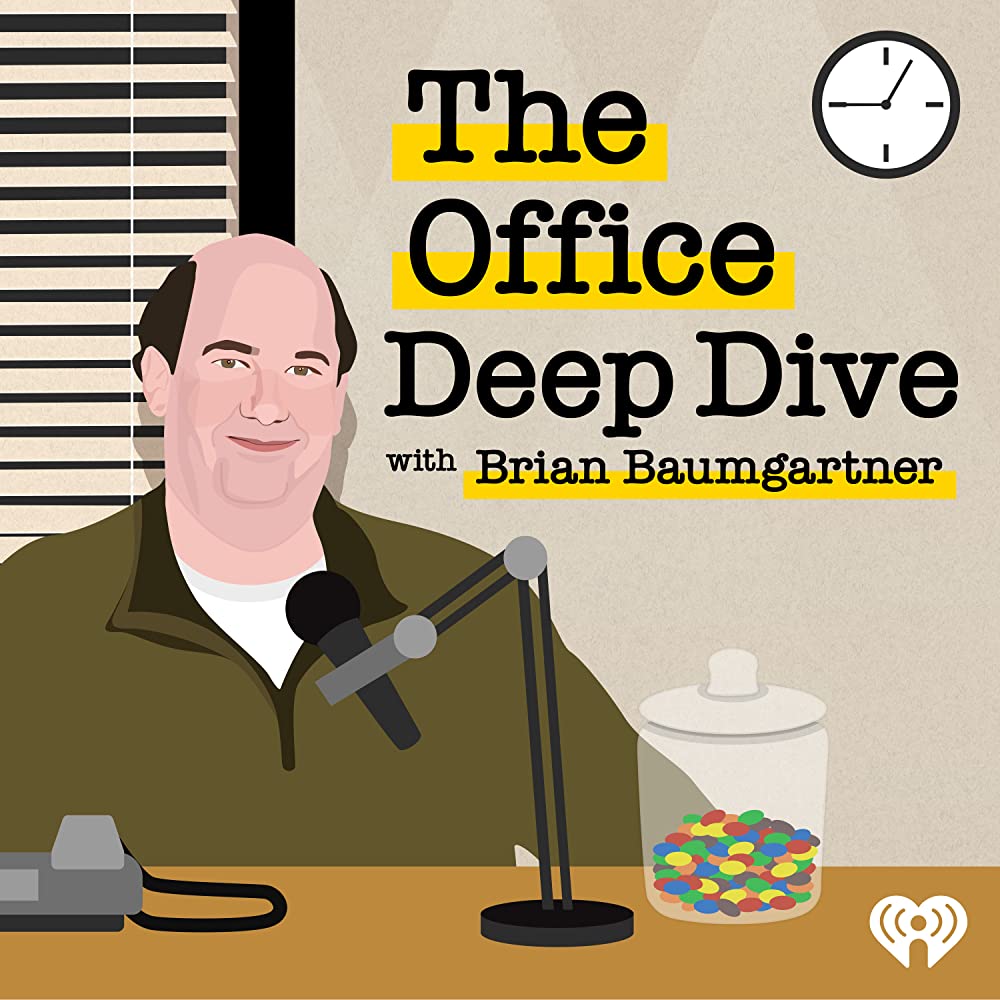 There are several podcasts doing the rounds about The Office. Office Ladies features Jenna Fischer (Pam) and Angela Kinsey (Anglea) discussing each episode in detail while The Michael Scott Podcast Company is a look at the series’ nine seasons from a trio of fans. But the funniest so far is The Office Deep Dive. Hosted by Brian Baumgartner, the first season of the podcast features Kevin chatting with the stars of the show, including Steve Carell, Rainn Wilson, Phyllis Smith, and Creed Bratton.

The show proved so popular Baumgartner has launched Off the Beat, another Office-related pod that dives even deeper into the show. Each week Baumgartner is joined by a special guest to talk all things The Office, with new tidbits about the series often revealed along with behind-the-scenes stories and production notes. 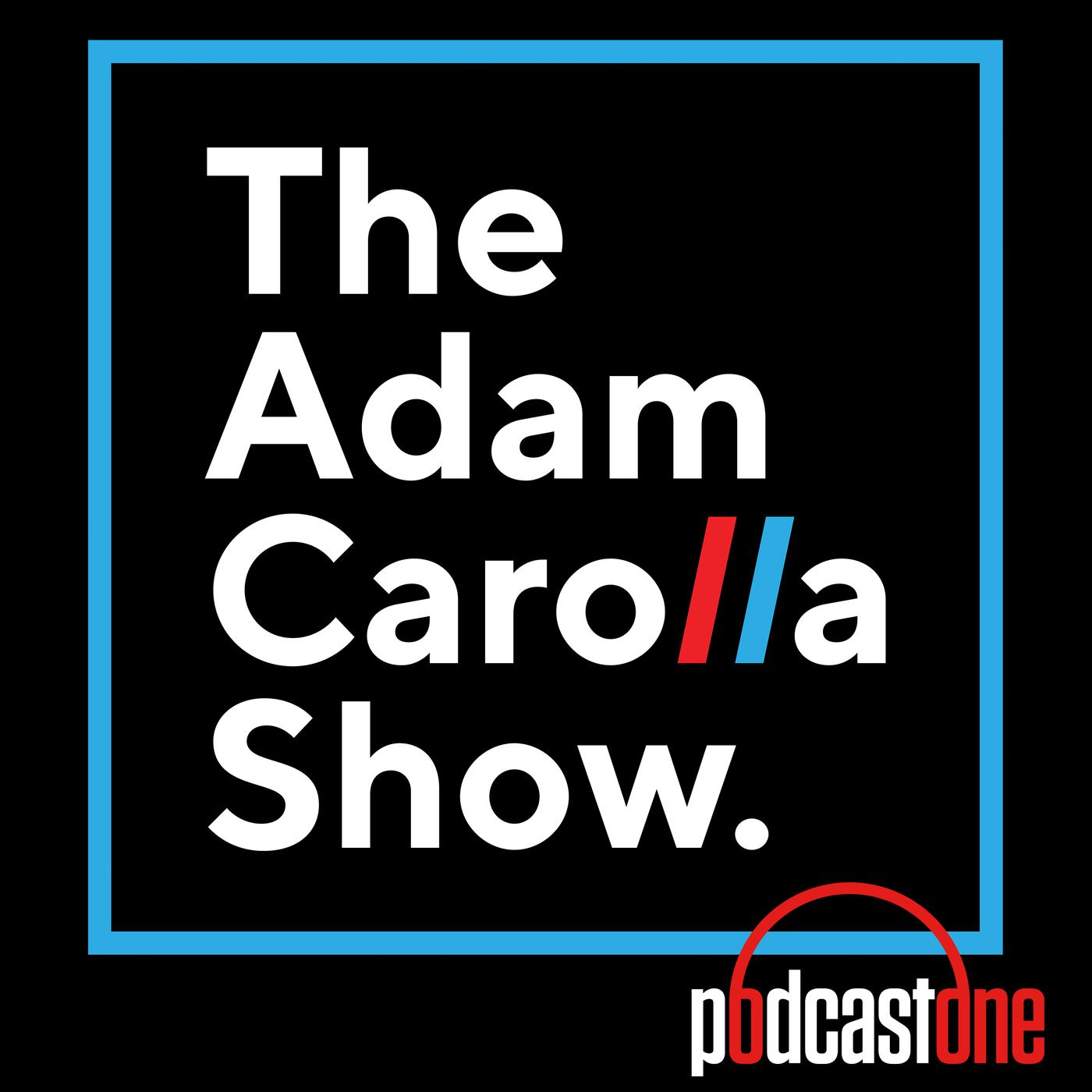 Adam Carolla is another celebrity who got in on the ground floor of podcasting in 2009. Originally titled The Adam Carolla Podcast, the show began with a very loose format where Carolla would interview guests and chat aimlessly about a variety of topics. As he has honed his craft over the years, Carolla has a much more structured show and is joined by co-hosts Bryan Bishop and Gina Grad.

Episodes often kick off with Carolla sharing a personal story about something that’s annoyed or interested him before he and his co-hosts chat with someone from the celebrity world. While he can be controversial, Carolla is very funny and a great interviewer, able to improve on the spot and get his guests to open up and discuss personal issues. 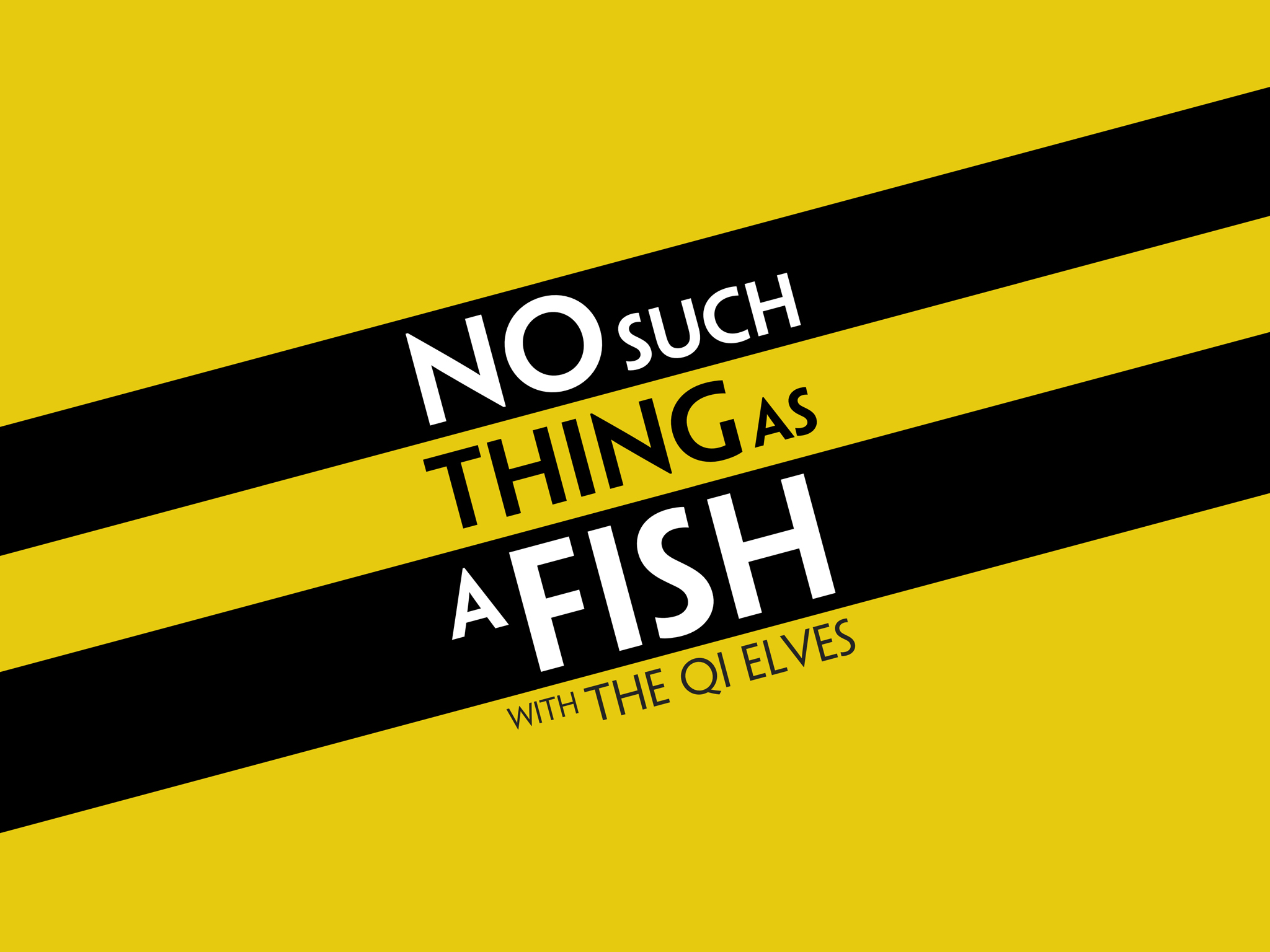 Anyone familiar with the BBC series QI will love this podcast. The researchers for the show share their favorite facts they’ve discovered during the week, often resulting in some laugh-out-loud conversations. No Such Thing as Fish is both informative and funny and features an array of guests from the TV series popping up and giving their thoughts.

Try this episode: #428 No Such Thing as Free Urine in the Uber 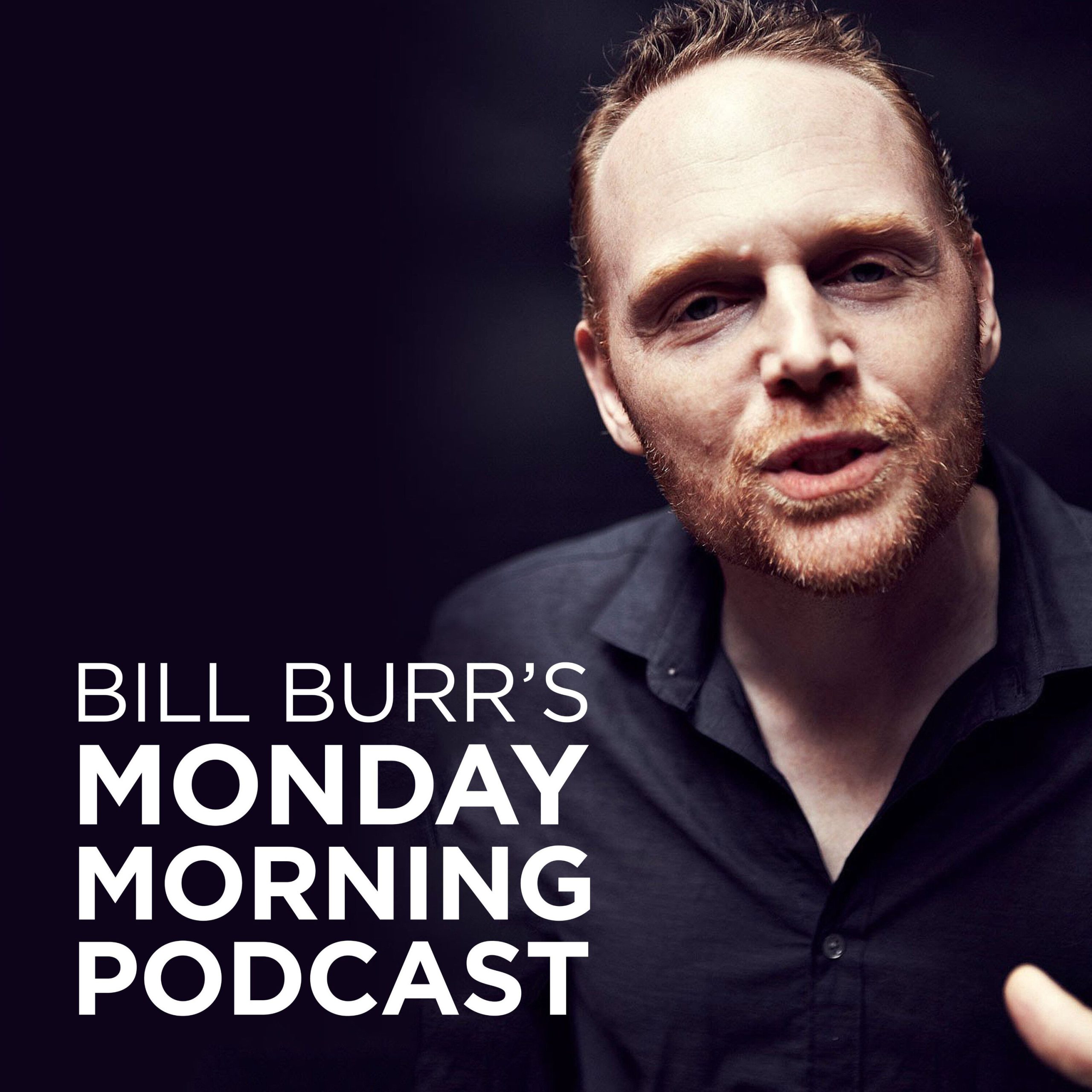 Comedy podcasts don’t get much funnier than Bill Burr’s Monday Morning Podcast. The outspoken comic gets on his soapbox once a week and rages about whatever is pissing him off that day. Sometimes he is joined by his wife, Nia, or other celebrity guests where they shoot the shit about life, current events, sports, and any other topic that suits their fancy.

Burr is easily one of the funniest men in comedy, and his angry old man rants never lose their steam. Never afraid to shy away from something he believes in, Mondy Morning Podcast is as unfiltered as it gets and a great insight into his mind. Comedy gold.