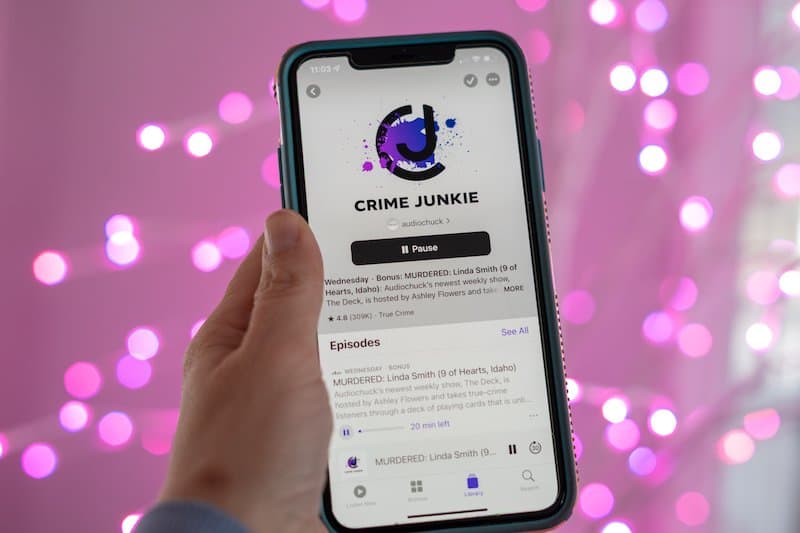 Several mysterious disappearances, violent crimes, and unsolved murders baffled the greatest minds. Indeed, the most brilliant police officers, detectives, and sleuths couldn’t put these deadly puzzles together. Luckily, Ashley Flowers and Brit Prawat created the true-crime podcast Crime Junkie to tackle these notorious cold cases. Flowers came up with the idea for the true-crime podcast while working at Crime Stoppers. It’s not a surprise that Flowers and Prawat are true crime obsessed. Flowers was a huge Agatha Christie, and Nancy Drew fan as a child. Crime Junkie has covered so many incredible stories it’s hard to know where to start. Well, here’s a guide to the best Crime Junkie episodes.

These excellent episodes have helped make  Crime Junkie one of the best podcasts. It often rivals The Joe Rogan Experience for the number one spot. It’s easy to see why the podcast is so popular after listening to the best Crime Junkie episodes. 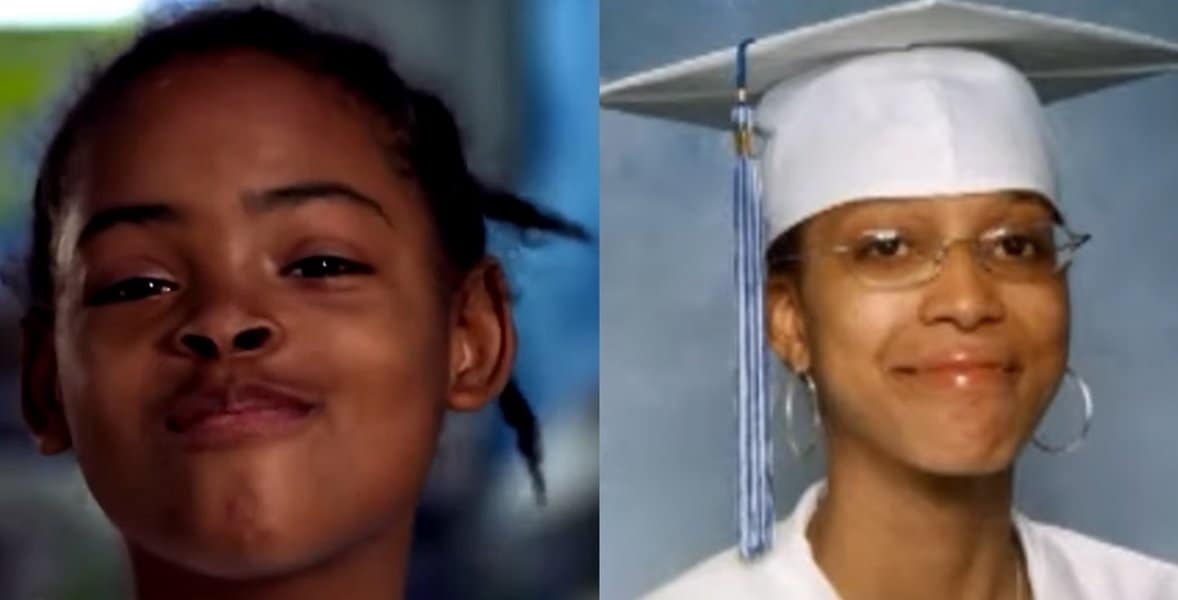 In 2014, a 51-year-old janitor and former felon Khali Tatum likely kidnapped Rudd from the D.C. General Shelter. Later, police discovered the bodies of Tatum and his wife in an apparent murder-suicide. Rudd is still missing.

Harris went missing in October 2010 after witnessing a murder outside her building. At the time, Harris lived in a bad part of Washington, D.C. In December 2020, police arrested a man in connection with her disappearance. Harris is still missing. 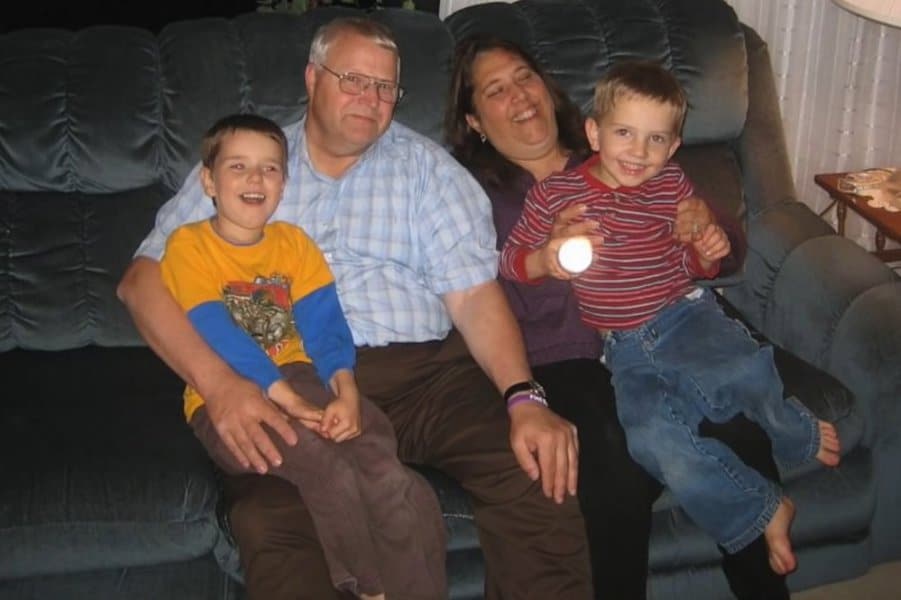 This is a gripping tale that takes listeners on a detailed journey covering every aspect of the crimes. It started in 2009 with the disappearance of Susan Powell. It didn’t take long for the police to begin to suspect her husband, Joshua Powell. Several clues pointed at Joshua, including comments from his two young sons and a letter written by Susan before her death. However, in 2012, the plot thickened when Joshua killed himself and his two sons. It’s easily one of the most heartbreaking and best Crime Junkie episodes. 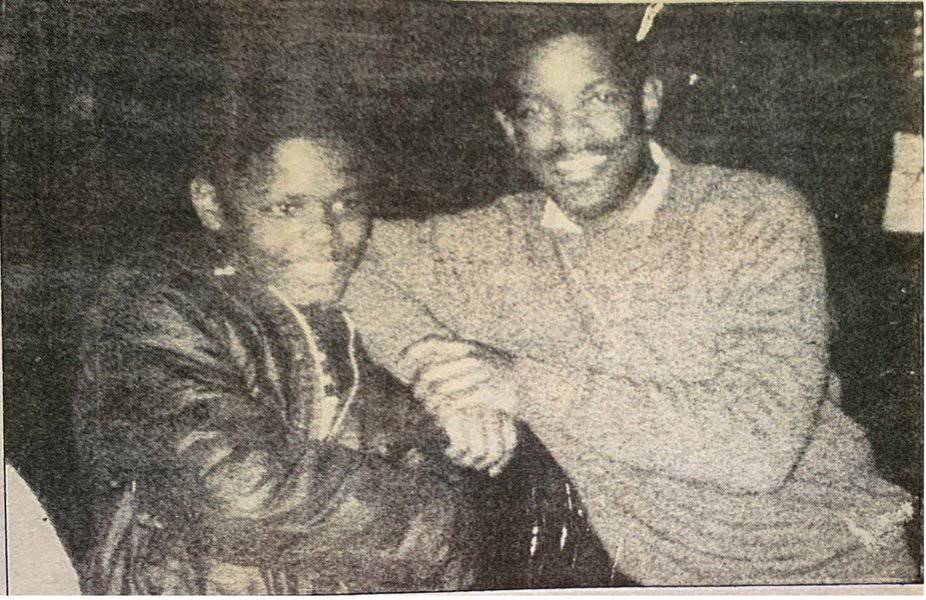 On a cold morning in 1986, the Middletown High School janitor discovered the dead body of 14-year-old Shawn Edwards in front of the school. The killer stabbed Edwards repeatedly and left him to die. Edwards’s story gained renewed interest because of the incredible Crime Junkie episodes Murdered: Shawn Edwards. The true-crime podcast digs deep into the story going over old facts while discovering new evidence. It’s a gripping story that’ll have the listener guessing to the very end. 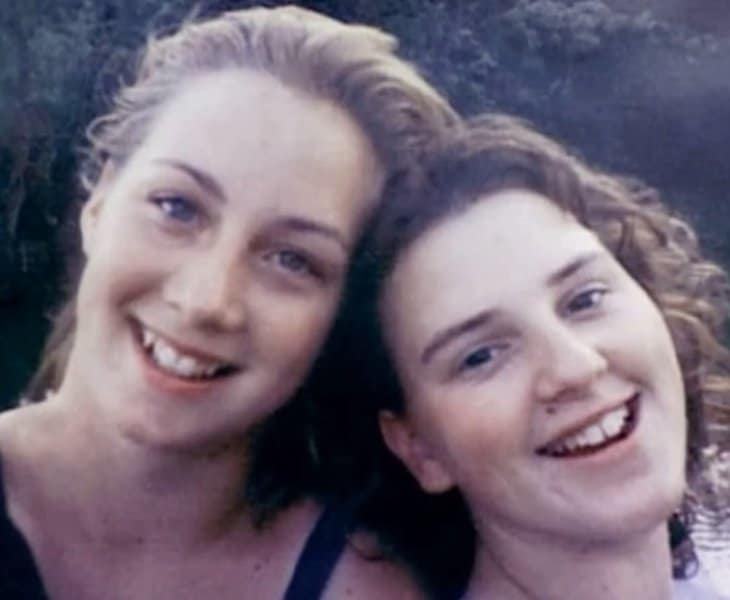 In 1999, firefighters arrived at the Freeman house and promptly put out a raging fire. However, they soon discovered they had more than just a fire. They found the bodies of Danny and Kathy Freeman. They soon realized that teenagers Ashley Freeman and her friend Lauria Bible were also missing.

A perpetrator abducted them in the early morning around the time of Danny and Kathy’s deaths. The mystery went unsolved for decades until new DNA evidence surfaced. In 2018, investigators arrested and charged Ronnie Busick. The Crime Junkie episode Captured: Ashley Freeman & Lauria Bible’s Killer covers Busick’s initial crime, the investigation, and his arrest.

In 1990, Las Cruces Bowling alley employees were preparing to open on a February morning when two robbers broke into the building. They shot all seven victims, including young children and toddlers. Only two of the seven victims managed to survive. The killers’ identity remains a mystery to this day.

The Crime Junkie episode Infamous: Las Cruces Bowling Alley Massacre covers every detail of the unsolved crime, including the victims involved and the chain of events that led to the tragic deaths of five innocent people. 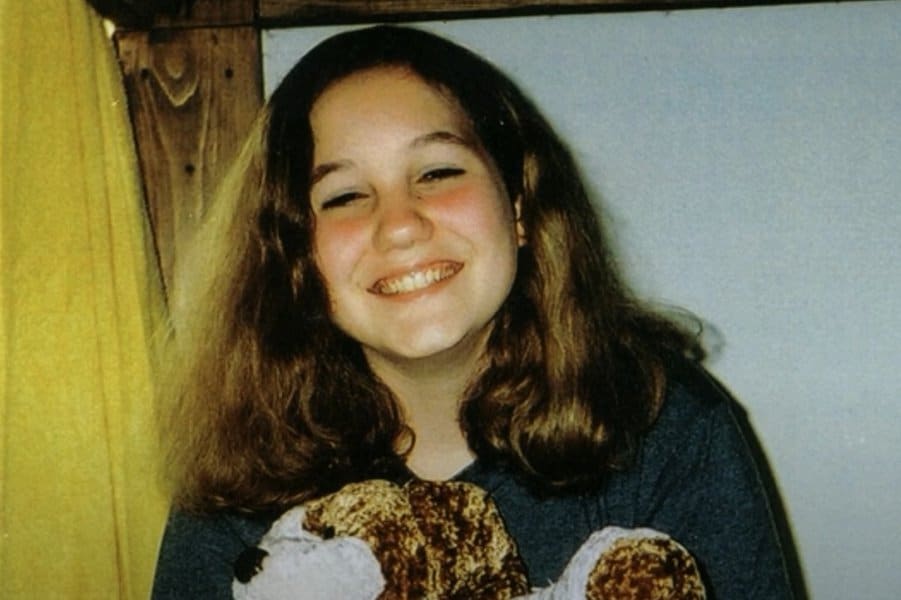 Crime Junkie covers the tragic slaying of Kacie Woody in the episode Murdered: Kacie Woody. In 2002, 47-year-old David Leslie Fuller posed as a 17-year-old teenager in a Yahoo Christian chat room and catfished Kacie. Eventually, Fuller traveled to Arkansas, kidnapped Kacie, and killed her. The gruesome murder gained national attention and became a big news story. This Crime Junkie episode tracks the events leading to the abduction, the aftermath, and the dangers of social media. 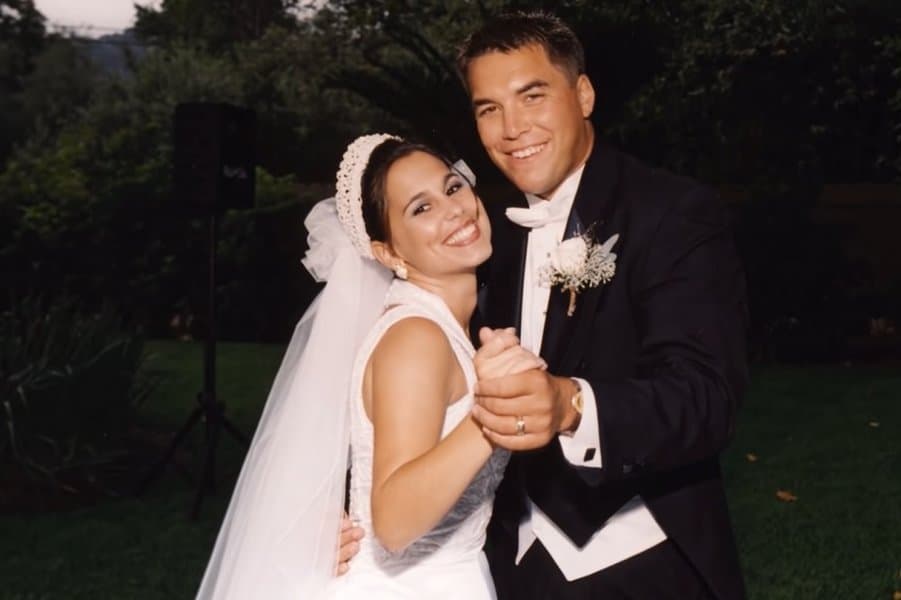 The murder of Laci Peterson is the type of crime everyone has heard of but might not know all the details about the case. Crime Junkie covers it in the excellent episode Murdered: Laci Peterson. In December 2002, Laci disappeared while eight months pregnant. 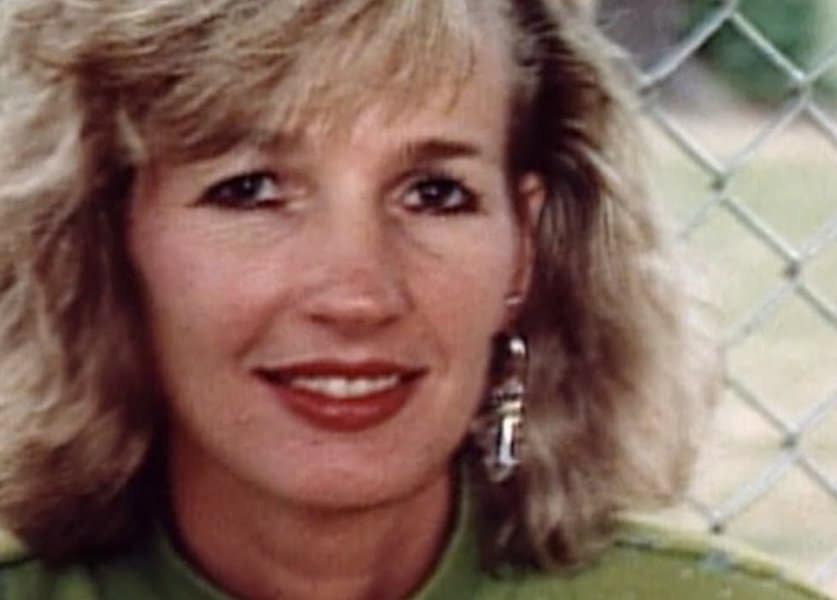 In 1991, Kathy Page was found dead in an apparent car accident. However, once investigators looked closer, they realized that someone had killed her and staged the scene. Soon, the investigation focused on Kathy’s husband, Steve. It turned out that Kathy and Steve’s marriage had fallen apart.

In her opinion, the marriage was over, and she had moved on with a new boyfriend. This famous Crime Junkie episode dives deep into the strange murder and aftermath. They follow the evidence that points to Steve, however, 30 years after the murder, Steve is still a free man.

9. Infamous: What Serial Didn’t Tell You 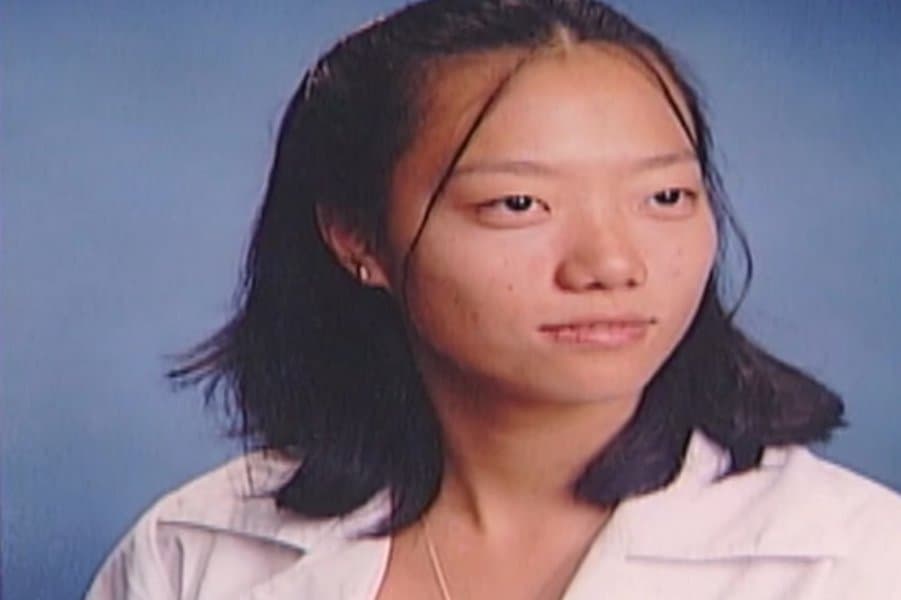 In 2014, the popular podcast Serial bought attention to the murder of Hae Min Lee in 1999. Lee’s ex-boyfriend Adnan Syed was found guilty of her murder and sentenced to life in prison. Serial host Sarah Koenig just scratched the surface of this complex mystery. The Crime Junkie episode Infamous: What Serial Didn’t Tell You continues where Serial left off. The true-crime podcast reveals much more and digs deep into this puzzling crime. 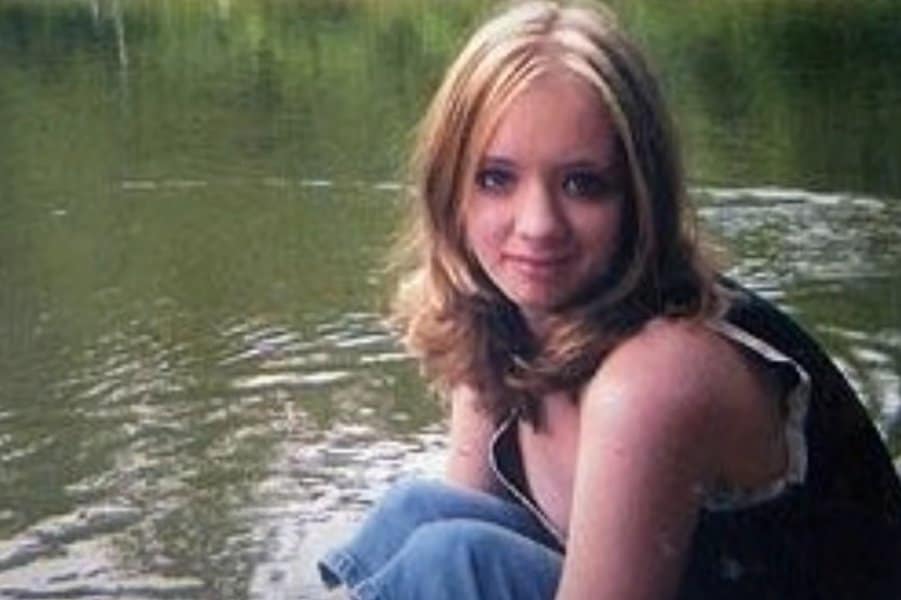 The disappearance of Jamie Farley is a complex mystery that might remain unsolved forever. The Crime Junkie episode Missing: Jamie Fraley dissects the mystery and Fraley’s last few hours. In April 2008, Fraley struggled with the stomach flu and needed a ride to the hospital. She ended up calling her fiance’s father, Ricky Simonds Sr. All theories point to Simonds Sr. being behind her disappearance and presumably her death. However, Simonds Sr. was found dead in the back of his ex-girlfriend’s car in June 2008. 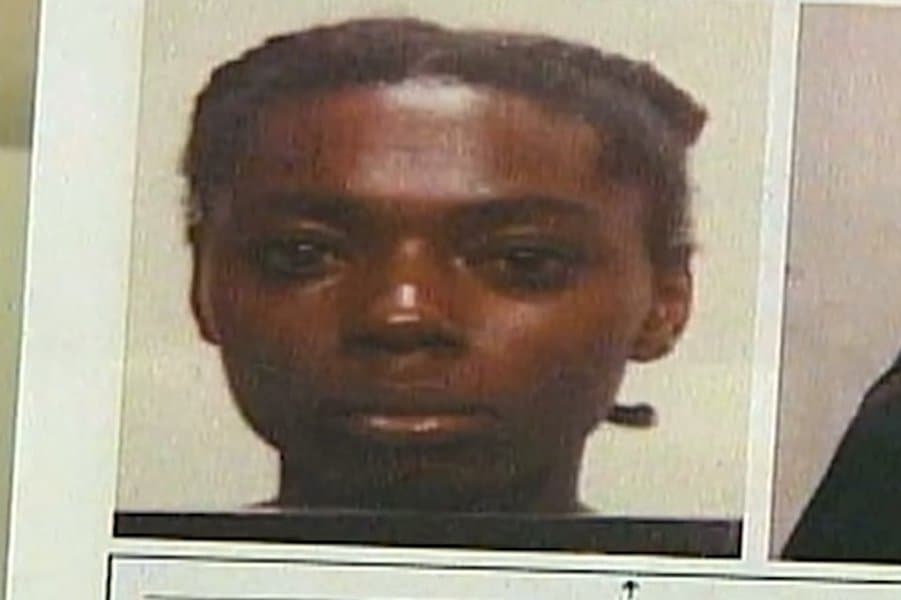 The 1986 murder of Ruby J. Doss remains a gripping mystery that continues to unravel. Ruby was a young mother and sex worker brutally beaten to death. The case remained cold for years until new DNA evidence pointed at former police officer Richard Aguirre.

Aguirre went on trial for the murder, but the prosecutor dropped the charges. The Crime Junkie episode Murdered: Ruby J. Doss dives deep into the case and brings renewed attention to the brutal murder. 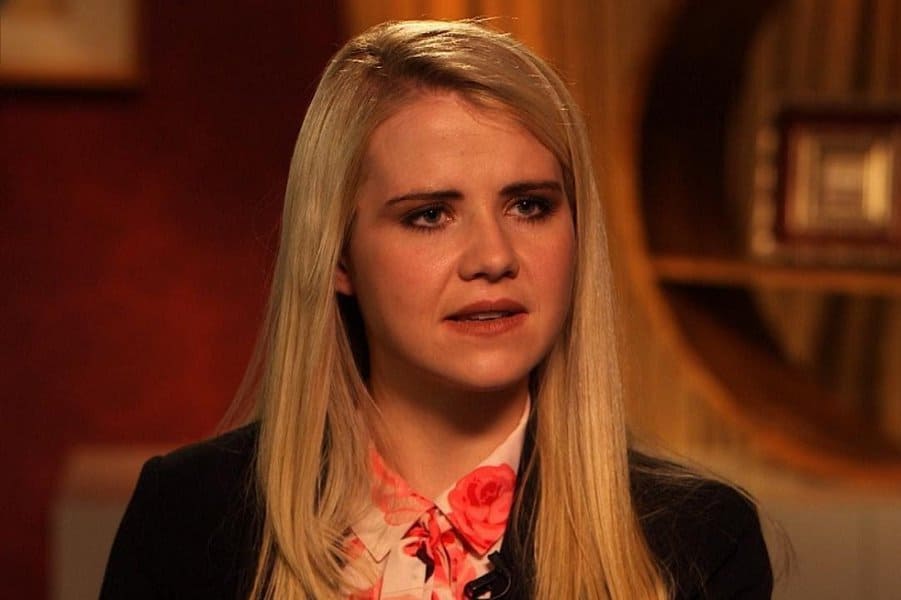 This episode details the incredible and painful story of Elizabeth Smart. In 2003, Brian David Mitchell and Wanda Barzee abducted Smart from her home in Utah. They held her captive for nine months until the police rescued her. Crime Junkie does an excellent job reviewing the timeline and examining every detail of the case.