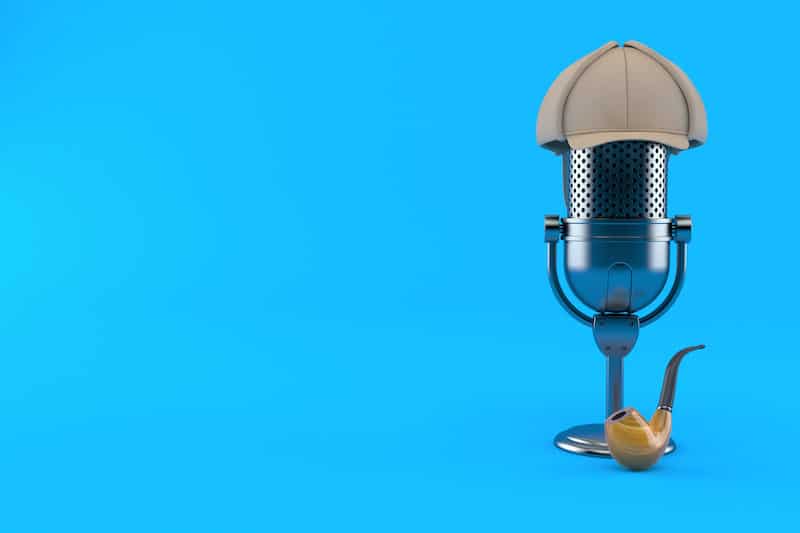 19 Best Crime Podcasts You Must Hear

True crime is a massively popular genre that closely examines past crimes. They often center around a notorious serial killer or a sensational crime. True crime thrived in non-fiction books, TV shows, and movies for years. However, true crime has emerged as a powerhouse genre in podcasts. In fact, many of the best true crime podcasts have brought attention to several famous cases. These exceptional podcasts take viewers on a journey through twisted, dark, and complex mysteries. For instance, several true crime podcasts detail stories of crimes that investigators solved. They follow every aspect, from the crime and investigation to the highly publicized trial. 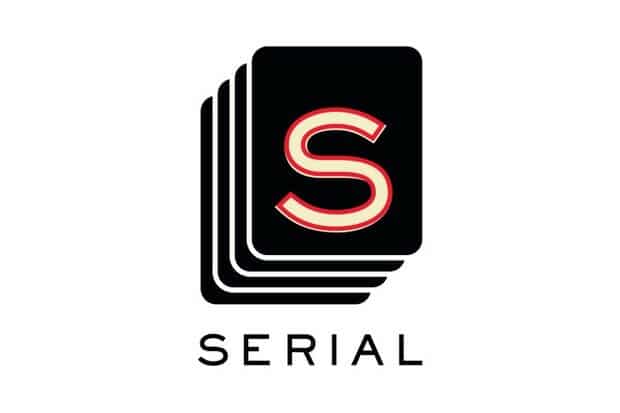 Critics and fans consider Serial one of the best true crime podcasts of all time. Each season journalist Sarah Koeing takes a closer look at various crimes. Season one of the popular podcast covers the murder of Hae Min Lee in 1999. It focuses on her last days and her relationship with her ex-boyfriend Adan Syed. The state charged Syed with Lee’s murder and he received 30 years in prison. Koeing masterfully draws in listeners and keeps them questioning everyone and everything. New listeners will enjoy listening to the first episode, “The Alibi.” 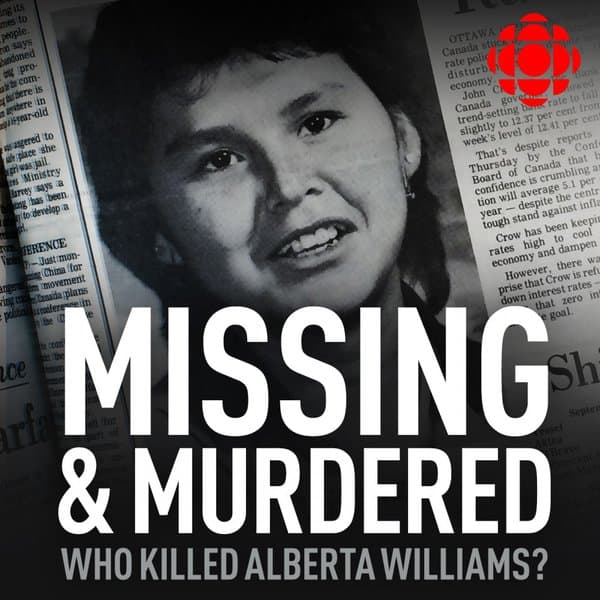 True crime fans considering the podcast should start with the first episode, “The Tip.” It follows Walker as she meets with the person that gave her a vital tip regarding Williams’s death. The following seasons continue to deal with missing or murdered Indigenous women. 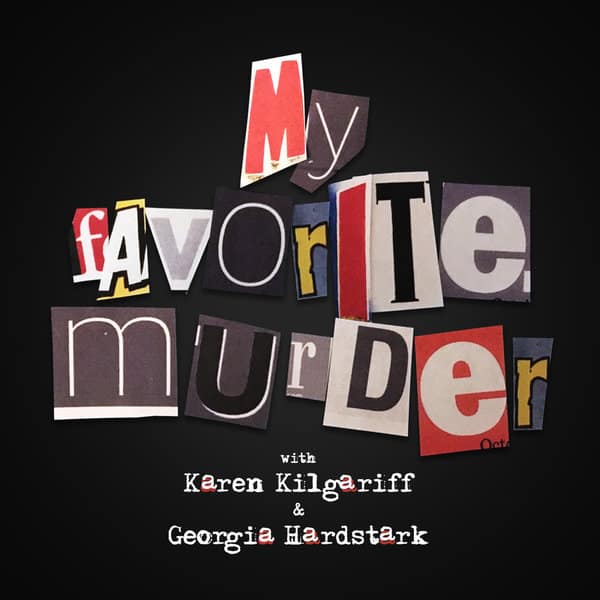 My Favorite Murder brings the genres of true crime and comedy together. Hilarious comedians Karen Kilgariff and Georgia Hardstark host the popular true-crime podcast. Each episode features Killgariff and Hardstark telling a true crime story. The duo then discusses the mysterious crime or historical event.

Kilgariff and Hardstark often chat about the work of Michelle McNamara and her book I’ll Be Gone In The Dark: One Woman’s Obsessive Search For The Golden State Killer. Several episodes cover the fascinating tale. The first episode, “My Firstest Murder,” deals with the Golden State Killer and the Murder of JonBenet Ramsay. It’s the perfect starting point for new listeners.

4. Root of Evil: The True Story of the Hodel Family and the Black Dahlia In 1947, the gruesome murder of Elizabeth Short, aka the Black Dahlia, rocked the world. The incredible Hollywood true crime became one of the most enduring mysteries, but the police never charged any suspects in the crime. There were several suspects, most notably physician George Hodel. However, Hodel’s great grand-daughters, Yvette Gentile and Rasha Pecoraro believe that George did indeed kill Short.

They even created the true-crime podcast Root of Evil: The True Story of the Hodel Family and the Black Dahlia to prove their theory. The podcast examines the case and combs over hours of evidence, including the family’s history. The short episode, “Introducing Root of Evil,” gives an excellent overview of the crime and the Hodel family. It’s the ideal way to start the podcast. 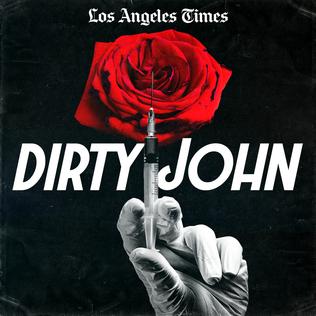 The critically acclaimed true crime podcast Dirty John follows the life of John Meehan and his relationship with single mother Debra Newell. The podcast unravels Meehan’s life of manipulation and abuse. It comes to a shocking conclusion with Meehan attempting to kidnap Newell’s daughter, Tara, on a rooftop.

Los Angeles Times journalist Christopher Goffard hosts the gripping podcast to universal praise. Goffard first heard of Meehan in connection with a Newport Beach murder. The best place to start for first-time listeners is the two-minute episode, “Introducing Dirty John.” It introduces the characters and draws in the listeners quickly. It’s easily one of the best true crime podcasts. 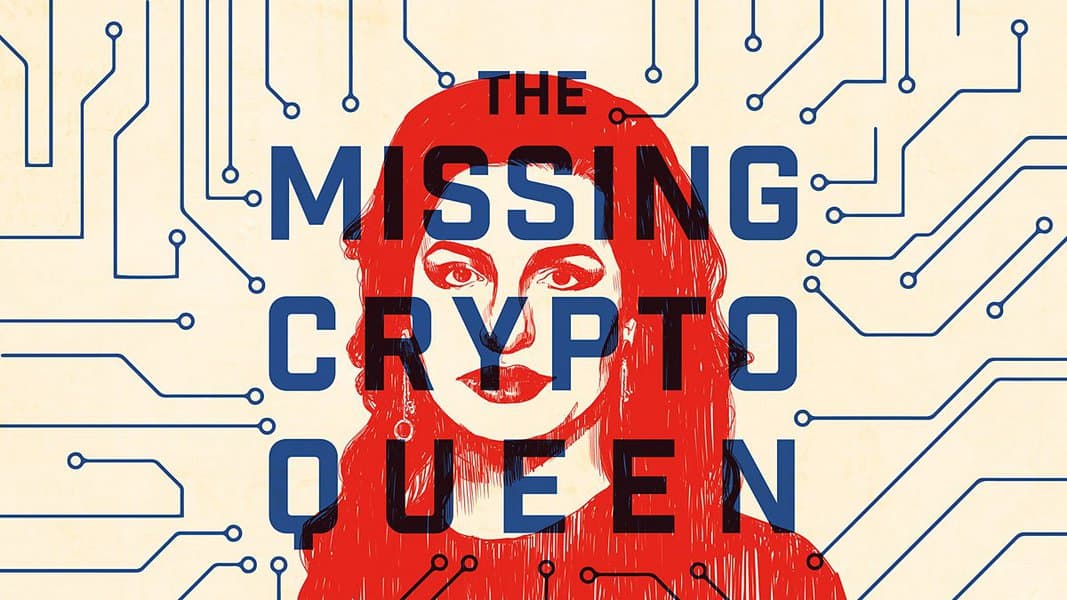 The brilliant podcast examines the billion-dollar scheme and continues to search for her whereabouts. Jamie Bartlett hosts the fascinating BBC Sounds podcast to rave reviews. The 2-minute episode “Introducing The Missing Cryptoqueen” is the best way to begin the series. 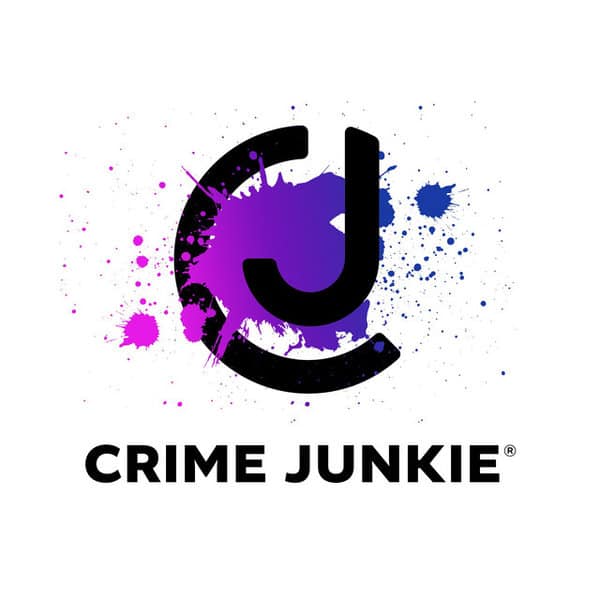 It quickly became one of the best true crime podcasts in the world. Numerous fascinating episodes will keep listeners guessing, however, a good starting point for new fans is the episode “Murdered: Kathy Page.”

8. Conviction: The Disappearance of Nuseiba Hasan In 2006, Nuseiba Hasan vanished without a trace in Hamilton, Ontario, Canada. Incredibly her disappearance went unreported until 2015. Host of the Conviction podcast journalist Habiba Nosheen and Hasan’s daughter dive deep into the mystery to discover the truth behind Hason’s disappearance.

Each season of Conviction deals with a different case. Season 3 follows the mystery of Nuseiba Hasan. Therefore, the season 3 preview “Parallel Worlds” is the perfect starting point for this season. 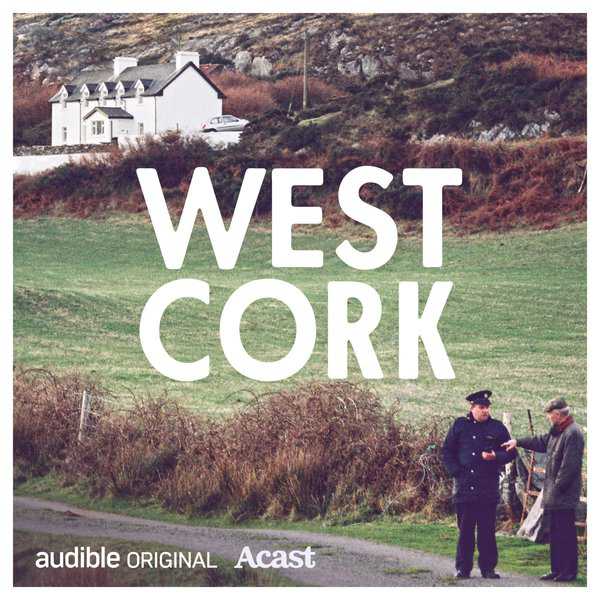 On December 23, 1996, French television producer Sophie Toscan du Plantier was beaten to death outside her home in Cork County, Ireland. Soon, British journalist Ian Bailey became the prime suspect. However, that was just the beginning of this puzzling murder.

Sam Bungey and Jennifer Forde host the brilliant podcast West Cork. The series covers every aspect and detail of the murder, investigation, main suspect, and trial. The hosts draw in listeners to the mind-boggling case. West Cork is perfect for true crime fans and the best place to start is with episode one, “Blow-ins.”

Moon hosts the podcast and leads listeners down into a rabbit hole full of mystery and murder. Ultimately, listeners of the podcast helped Moon crack this intriguing cold case. The Bear Brook trailer is a good place for new listeners to start. It’ll give a quick overview of the case and leads into the first episode. 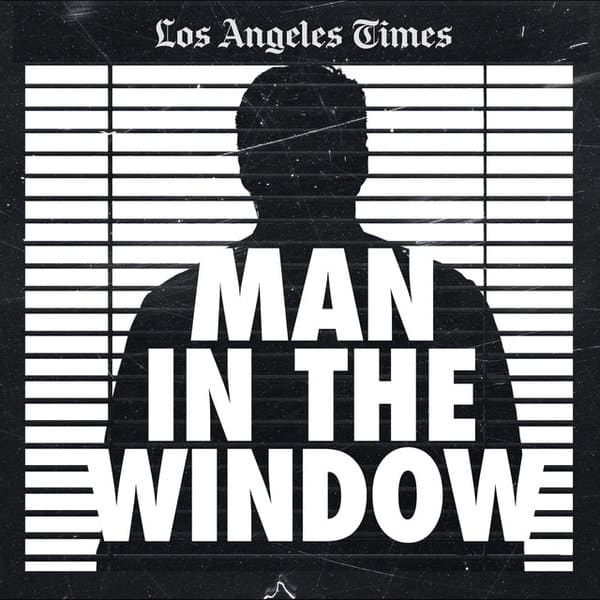 Throughout the 70s and 80s, Joeseph James DeAngelo terrorized communities with break-ins, murderous crime sprees, and sexual violence. The media gave the mysterious phantom many names, including Visalia Ransacker, The Original Night Stalker, and the Golden State Killer. To his victims, he was simply the man in the window.

Pulitzer Prize-winning journalist Paige St. John hosts the incredible true crime podcast The Man in the Window. The podcast dives into the twisted, sick, and sadistic life and crimes of Joseph James DeAngelo. Despite being three minutes long, “Introducing The Man In the Window” is the best starting point for new listeners. It quickly pulls in viewers to the engaging mystery and the first official episode. 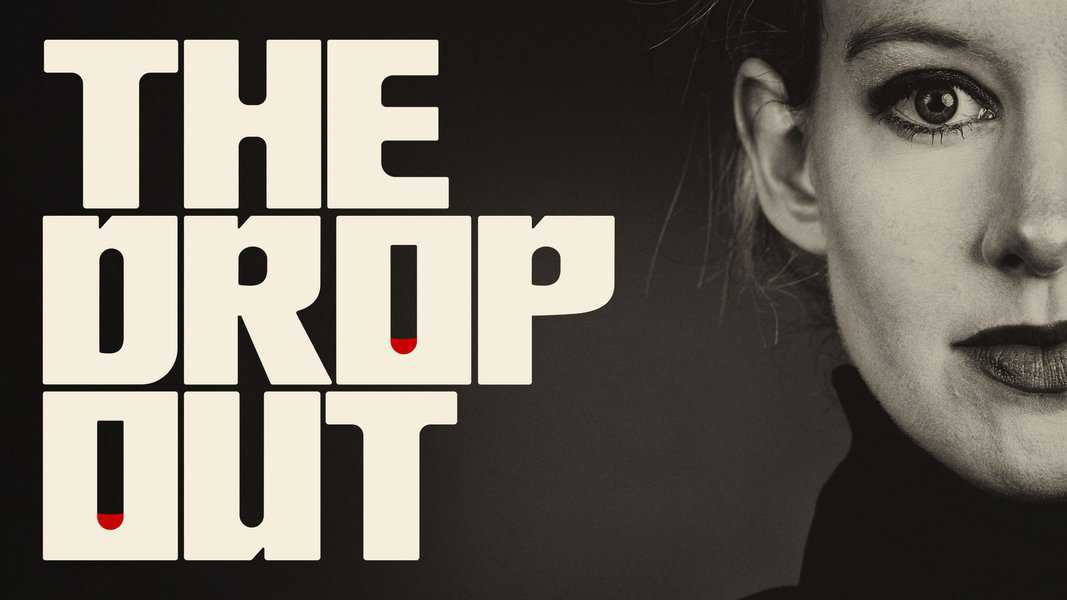 In 2003, Elizabeth Holmes dropped out of University and founded the medical company Theranos. She promised investors a groundbreaking method of blood testing with one single drop. At the time, the self-made billionaire was standing on top of the world. Suddenly, it all came crashing down when she received a charge of defrauding her investors.

The beloved true crime podcast The Dropout details Holmes’s rise and fall from college dropout and CEO to a notorious fraudster. ABC News journalist Rebecca Jarvis hosts this enthralling podcast. Podcast lovers considering The Dropout should give the trailer, “The Rise and Fall of Elizabeth Holmes’ Theranos,” a quick listen. It’ll entice the listener to start the first episode immediately. 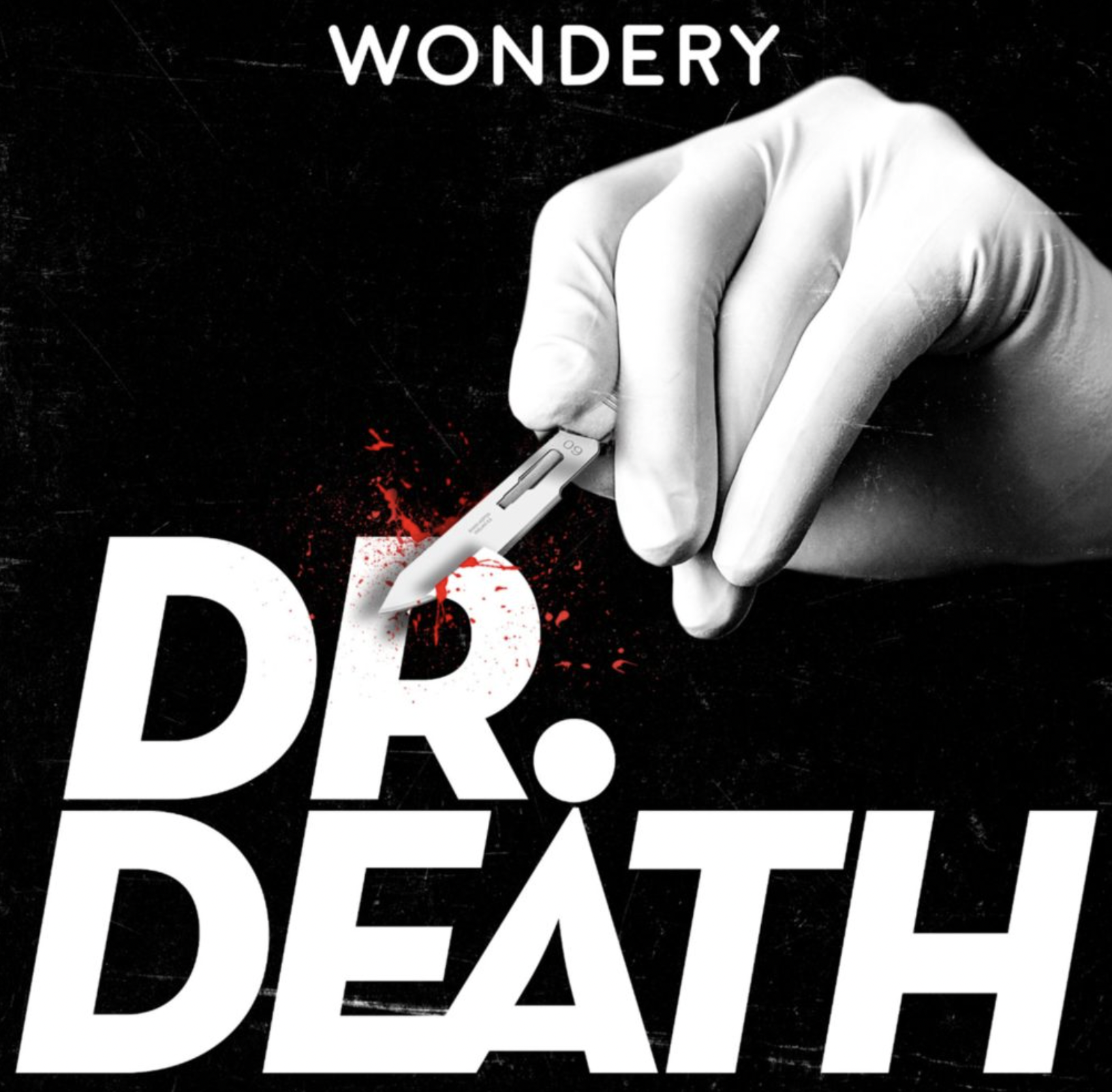 The Dr. Death podcast takes listeners into the dark world of medical malpractice. Each season host Laura Beil dives deep into a different malpractice case. The first season of the true-crime podcast revolves around former neurosurgeon Christopher Duntsch. Duntsch gained the name Dr. Death after he was responsible for severely injuring 33 patients and causing two deaths. 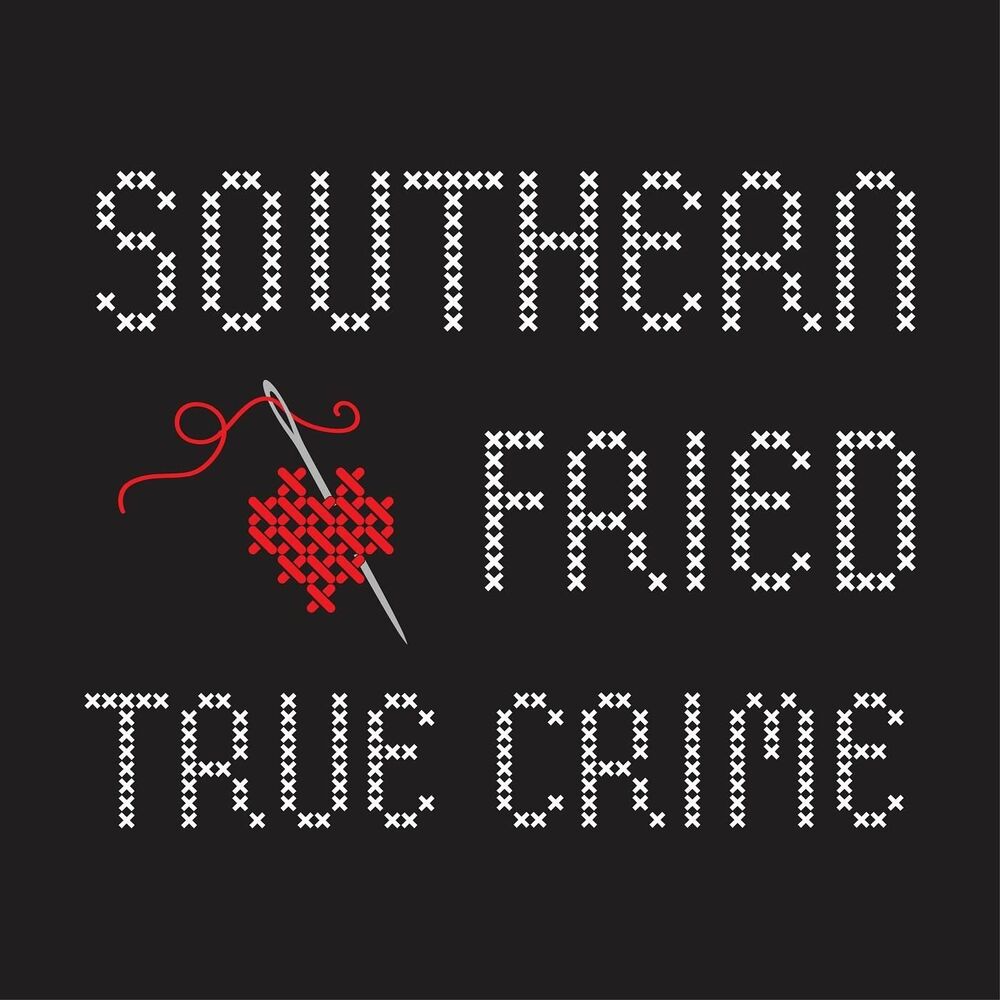 “The Murder of Lorenzen Wright” is a good one to start with for new listeners to the podcast. The shocking true crime started when the NBA star turned up dead in his car in July 2010. Seven years later, the police untangled a mystery that led to Wright’s ex-wife. The Southern Fried True Crime is one of the best crime podcasts around. True Crime Garage takes a simple approach to true crime podcasts. Each episode features hosts Nic and the Captain as they discuss various cold cases, missing persons, serial killers, and solved crimes. They take a more laid-back and conversational approach. They dive deep into each case and examine every aspect of the investigation.

It’s truly the perfect series for true crime podcast lovers. Listeners become tangled up in each episode. New listeners might want to consider starting with the episode “Heather.” Nic and the Captain examine the mysterious and heartbreaking disappearance of a young Indiana woman Heather Norris. 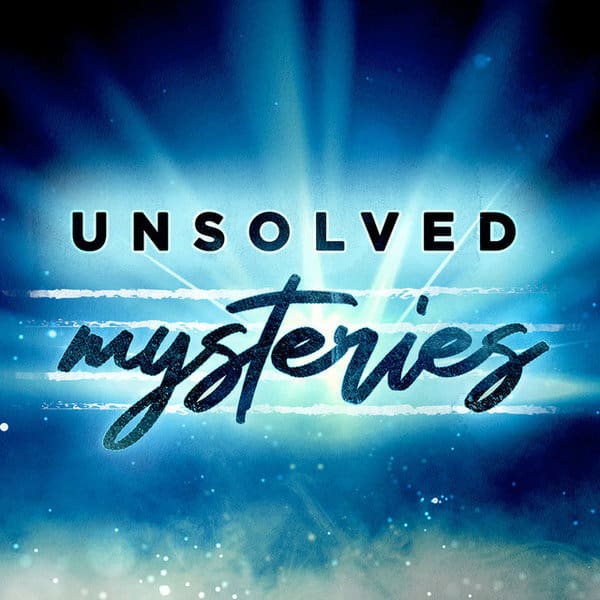 Unsolved Mysteries is one of the most popular true-crime TV series. It often highlighted unsolved murders, unexplained disappearances, and violent crimes. The Unsolved Mysteries podcast picks up where the series left off. It deals with various crimes, paranormal activity, and serial killers.

New listeners and fans of the TV show will instantly enjoy the podcast. Each episode deals with a different case. A good episode to start with is “Mystery at Hobble Creek.” It revolves around a Mexican woman, Elizabeth Salgado, who disappeared in the middle of the day in 2015. 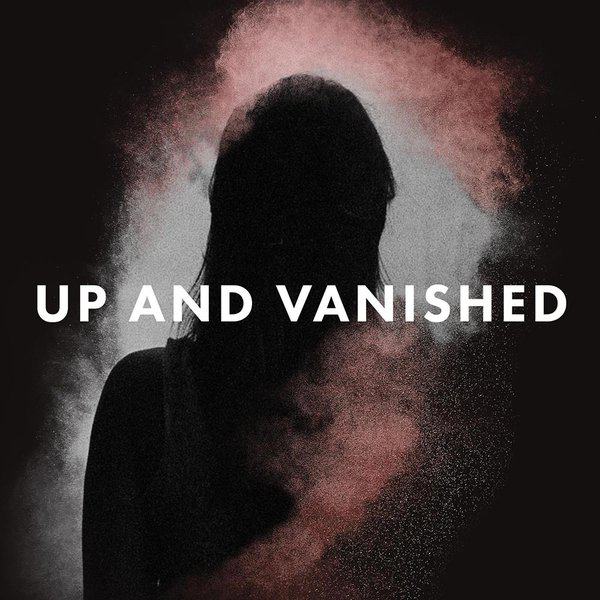 In 2005, history teacher Tara Grinstead mysteriously disappeared and was never found. For years the mystery slowly unraveled in the county of Georgia. Eventually, the evidence led investigators to a former Irwin County High School student.

The brilliant podcast Up and Vanished looks at cold cases of missing people. The first season covered the disappearance of Tara Grinstead. Host Payne Lindsey takes listeners down a rabbit hole that only gets more complicated. Every true crime fan needs to listen to this incredible podcast. It’s easily one of the best crime podcasts. Journalist Phoebe Judge hosts the popular true-crime podcast Criminal. The series deals with horrible criminals and innocent people wrongfully convicted. Unlike most true crime podcasts, Criminal deals with a different crime, strange event, or a miscarriage of justice in each episode. Judge takes the listeners on a journey into the complex mystery that gets more puzzling.

The series features several great episodes. However, a great starting point is the episode “The Midnight Slider.” The case revolves around a mysterious small boat, The Midnight Slider, floating empty around Nova Scotia. Criminal is already one of the best true crime podcasts. 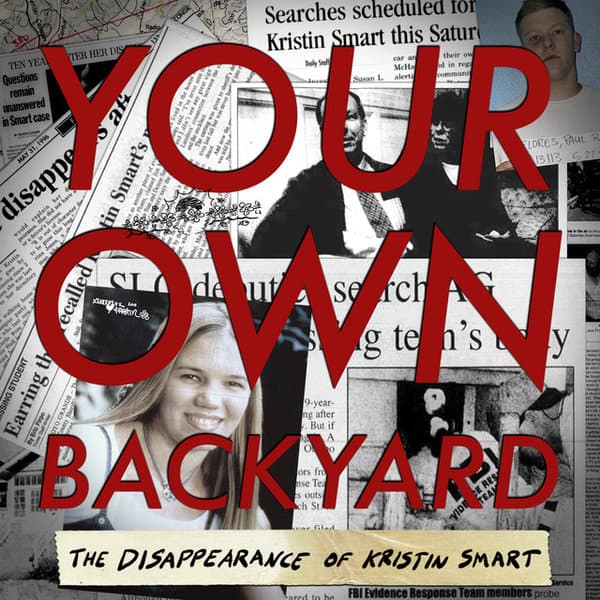 In 1996, Cal Poly student Kristen Smart attended a party off campus. Her two friends walked her to the dorm after she had too much to drink. Along the way, fellow student Paul Flores joined the group. He offered to walk Smart the rest of the way to her dorm since it was close to his. That was the last time anyone saw Smart. She disappeared without a trace.

Smart’s disappearance plagued musician Chris Lambert who grew up in the area. Eventually, Lambert launched the Your Own Backyard podcast to detail the case and focused on prime suspect Paul Flores. Finally, new information came to light that solved the decades-old cold case. The best place to start for new listeners is the first episode, “A Face On A Billboard.”