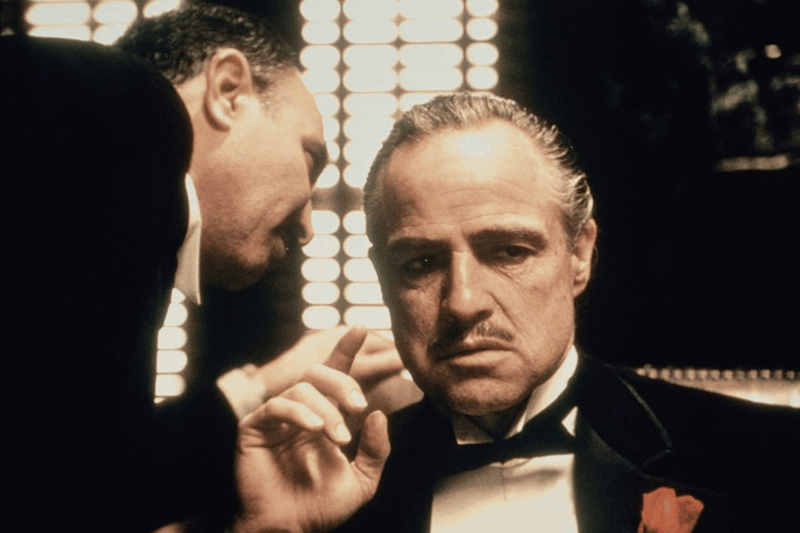 The 13 Best Gangster Movies of All Time

Gangster movies have been a popular staple of American cinema since “talkies” first became a thing back in the early 1900s, and with the past year’s release of Martin Scorsese’s The Irishman on Netflix and the 2020 re-cut version of Mario Puzzo’s The Godfather Coda: The Death of Michael Corleone (what a title), it seems as if the genre, like the most iconic mob bosses out there, will never truly die.

The most famous gangster film on this list, there’s a reason The Godfather (Parts I & II) has been so iconic and synonymous with the best of cinema. Between a killer performance from film legend Marlon Brando (On the Waterfront), a well-crafted story about the rise (or fall?) of Michael Corleone (Al Pacino, Scarface), an incredible score, and that scene that will make you cautious before getting out of bed, The Godfather is certainly Francis Ford Coppola’s masterpiece.

The second film is just as engaging as the first, featuring Robert De Niro (Taxi Driver) as a young Vito Corleone. It’s a fascinating look at two different time periods and lives as the film intercuts between Vito and Michael, both working to ensure and protect the family business. De Niro and Pacino deliver the only way they know how. And let’s not mention The Godfather Part III… At least the new version is a little better.

Sergio Leone, though most well known for his Spaghetti Westerns such as The Good, The Bad, and the Ugly, made his own splash on the gangster genre with his Italian-American venture Once Upon A Time In America. The film stars gangster heavy-hitters and legends Robert De Niro (Raging Bull), Joe Pesci (Casino), and James Woods (Nixon), with Elizabeth McGovern (Downton Abbey) in tow.

The film follows best friends “Noodles” (De Niro) and “Max” (Woods) as they lead a group of Jewish youths from the ghetto to prominence in the world of New York City organized crime. It was Leone’s final film before his death, as well as the first feature he had directed in over a decade.

What makes it so good? Besides the talented performances, immaculate score, and Leone’s clear fingerprints, it’s the themes of friendship, betrayal, grief, and the rise of the mob that really stand out. A nearly four-hour epic that really is that good.

One of the most beloved gangster movies ever committed to film is 90s classic GoodFellas. GoodFellas is a biographical gangster film (co-written by the non-fiction writer of Wiseguy: Life in a Mafia Family, Nicholas Pileggi) about the rise and fall of mob boss associate Henry Hill (Ray Liotta, Field of Dreams) across three decades. GoodFellas, living up to its name, is truly a good time.

The film also has a stellar cast, including gangster film legends Robert De Niro as Jimmy Conway and Joe Pesci as Tommy DeVito, who do incredible work under famed gangster director and filmmaker Martin Scorsese (Taxi Driver). GoodFellas remains one of Scorsese’s best and is often regarded as one of the greatest movies ever made, particularly in the gangster genre.

Coming off the heels of his remake of Scarface (starring Al Pacino), new Hollywood director Brian De Palma helmed one of the best crime films of the century: The Untouchables. Based on the book of the same name, The Untouchables tells the story of 1930s Prohibition-era Chicago in which Bureau of Prohibition agent Elliot Ness (Kevin Costner, Yellowstone) works to take down mob boss Al Capone (Robert De Niro). James Bond himself, Sean Connery, also shows up as an Irish cop who lends Ness a helping hand.

Costner, in a stand-out performance as the famed Elliot Ness, stars alongside De Niro in this “mobsterpiece” that is equal parts exciting and fictional. While The Untouchables is based on true events, many of the situations in the film were heavily fictionalized by writer David Mamet (The Verdict). All-in-all, The Untouchables is an exciting thrill ride that will keep you wanting more until the very end.

American Gangster is a powerhouse drama about the real-life drug trafficker Frank Lucas and the detective, Richie Roberts, who led the task force to stop him. Lucas is played masterfully by Denzel Washington (Fences) with Russell Crowe (Gladiator) portraying Roberts. This film is insane and does a fantastic good job explaining Lucas’ connection to drugs, the Vietnam War, and his family.

Ridley Scott, well-known for films like Alien, Blade Runner, Kingdom of Heaven, and Gladiator, composes an incredible gangster picture (certainly his best one), forcing us to almost root for Frank Lucas as he goes from drug trafficking to helping Roberts expose corrupt NYC cops. It’s a drawn-out tale that will certainly keep you guessing throughout.

The oldest film on this list from the Classic Hollywood era of film history is White Heat. Starring iconic actor/dancer James Cagney (The Public Enemy) and Virginia Mayo (A Song is Born), White Heat follows a noir story originally by Virginia Kellogg (Caged) and directed by actor/director Raoul A. Walsh. White Heat, like the original Scarface, no doubt paved the way for the gangster pictures of the 70s and 80s.

Cagney plays a ruthless criminal and leader of the Jarrett gang, Arthur “Cody” Jarrett, who seems to have some “mommy issues” as the film goes on. This noir crime drama is intense, with lies, murder, and revenge as the core tenets of not just the film, but Cody’s life. There’s a reason White Heat is featured on many lists as one of the greatest gangster films, so there’s no way we could ignore its impact here.

Moving across the pond, Get Carter, the directorial debut of Mike Hodges (The Terminal Man), takes London gangster Jack Carter (Sir Michael Caine, The Italian Job) and throws him into his hometown in rural England only to learn of his brother’s accidental death. This sends Jack on an investigation as he suspects foul play. The film has been critically praised by auteur filmmakers such as Quinten Tarrentino (Pulp Fiction) and Guy Richie (Sherlock Holmes), which stirred a rise in popularity.

Get Carter is a great film that dives deep into the English gangster scene rather than the well-known, often oversaturated American one. It was even remade with Sylvester Stallone (Rocky) in the leading role (with Caine returning as a supporting role), which apparently is so bad that it should never be spoken of again. Just goes to show that oftentimes the original is always better.

Another European-based gangster film, The Long Good Friday stars Bob Hoskins (Who Framed Roger Rabbit?) and Helen Mirren (The Queen) and weaves together various political and socio-economic events and concerns of late 1970s Europe. The film touched on political and police corruption, IRA fund-raising, British industry displacements, the UK’s membership in the EEC, and the free-market economy.

Hoskins and Mirren are the obvious stand-outs of the film, bringing a human and emotional element to these cold and heartless topics. The Long Good Friday is widely considered one of the greatest British films in history and has an ending that will leave you stunned.

Coming back across the pond, King of New York is an independent neo-noir crime thriller that speaks for itself. Film legend Christopher Walken (The Deer Hunter) is an absolute boss in this movie as drug lord Frank White, the self-proclaimed “King” of New York City. Walken plays the role fabulously, fully committing to the mob boss role and creating a version of Frank White that you kind of get attached to.

Now, if Christopher Walken isn’t enough to sell you on the film (which, he absolutely should be), King of New York also stars Laurence Fishburn of The Matrix fame, David Caruso (CSI: Miami), Victor Argo (Taxi Driver), Wesley Snipes (the Blade trilogy), and Breaking Bad/Better Call Saul legend Giancarlo Esposito. This film has one of the best non-traditional gangster casts out there, so don’t forget to check it out.

David Cronenberg (The Fly) directed his own gangster film in the early 2000s called Eastern Promises, which, based on the names attached, promises to follow through. Viggo Mortensen (The Lord of the Rings) stars alongside Naomi Watts (King Kong) and Vincent Cassel (Ocean’s Twelve) in this gangster piece that might make your skin crawl.

The film tells the story of Russian-British midwife Anna (Watts) as she delivers the baby of a drug-addicted 14-year-old Russian prostitute who dies in childbirth. After Anna learns that the young mother was forced into prostitution by the Russian Mafia, the baby’s life is threatened and she does all she can to escape. It’s definitely the scariest film on this list, showing the Russian Mafia’s true colors as well as the advanced dangers of human trafficking and sex slavery. It’s a rough one.

The second Brian De Palma film on this list, Carlito’s Way was written by David Koepp (Spider-Man) and is based on the Judge Edwin Torres novels Carlito’s Way and After Hours. The film stars Al Pacino as career criminal Carlito Brigante, who is recently out of jail on a technicality, as he attempts to leave the life that put him in prison in the first place. Alongside Pacino is Sean Penn (The Game) as his close friend and lawyer David Kleinfeld.

While many gangster films are about the gangster working to get out or retire from life, none compare to Carlito’s tumultuous journey here. Throughout the film, Carlito, called “Charlie” by Gail (Penelope Ann Miller, Adventures in Babysitting), works hard to escape his destiny and remove himself entirely from his life of crime. Carlito’s Way wasn’t well-received critically at the time but has since garnered a strong cult following.

Another British classic, Sexy Beast is director Jonathan Glazer’s feature directorial debut. The movie follows Gary “Gal” Dove (Ray Winstone, Hugo), a retired gangster living in Spain who gets a visit from a former colleague, the psychotic Don Logan (Sir Ben Kingsley, Shutter Island). Logan demands Gal be a part of a bank job back in London and won’t take no for an answer. Ian McShane (John Wick) also stars as a London crime boss.

Sexy Beast is an interesting film that, like most gangster movies, features incredible performances (especially Kingsley) as well as solid character development. It also features an odd ending that is somewhat unusual for mob or gangster movies, making Sexy Beast stand out as unique among the rest.

Scorsese’s at it again with arguably his best gangster movie (yes, maybe even better than Goodfellas) entitled The Departed. The movie is actually a remake of a Hong Kong film called Internal Affairs, while also being based on some true events, all the while exceeding all your expectations. It’s also known for including some of the greatest on-screen performances from top stars such as Leonard DiCaprio (Inception), Matt Damon (Ford v Ferrari), Jack Nicholson (Chinatown), and Mark Wahlberg (The Fighter).

Taking place on the streets of Boston, The Departed follows Irish mob boss Frank Costello (Nicholson), his mole in the Massachusetts State Police Colin Sullivan (Damon), undercover state trooper Billy Costigan (DiCaprio), and his Staff Sergeant Sean Dignam (Wahlberg). Confused? Don’t worry, the film will explain it to you. The Departed is dark, funny, and all-around one of the best times you’ll have watching a gangster flick.

See more about - The 10 Best Baseball Movies of All Time