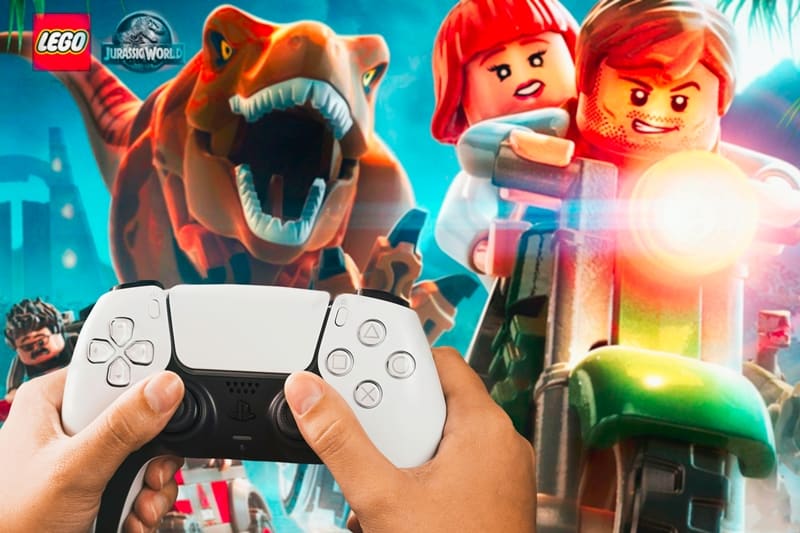 The 12 Best LEGO Video Games of All Time

LEGO is one of the biggest toy brands in the world. Originally founded in 1932, the company has been making its iconic building block sets for almost 90 years now. Apart from their toys, LEGO has also expanded into developing world-famous theme parks called Legoland. Another thing that the LEGO Group has ventured into recently is entertainment media.

Over the last few years, LEGO has released a variety of series and movies in collaboration with major companies like Marvel, DC Comics, and Star Wars. They also produced a wide range of video games based on those films. These games are popular for retaining the classic LEGO blocky look while providing players with a fresh take on classic tropes.

If you want to try out some of them, here are the 12 best LEGO video games of all time.

Released in 2007, this action-adventure video game is based on, arguably, the most popular science fiction movie franchise of all time. Star Wars has released a new trilogy in recent years, but this game was released a long time ago. The Complete Saga covers the original trilogy (episodes IV, V, and VI) as well as the prequel trilogy that came out in the early 2000s (episodes I, II, and III).

It is published by LucasArts, Feral Interactive, and Warner Bros. Interactive Entertainment.  This Star Wars-based game stays true to the movies and follows the entire storyline that fans know all too well. It is also available on Microsoft Windows, OS X, PlayStation 3, Nintendo Wii, Xbox 360, Nintendo DS, and Android and iOS on mobile.

You will begin during the Trade Federation’s negotiations in Naboo up until the final Rebel attack on the new Death Star in Return of the Jedi. If you enjoyed the original movies, you will surely appreciate being able to play with your favorite characters and watch the fictional galaxy come to life in LEGO form. There are both single-player and multiplayer modes that you can play.

Drawing inspiration from another George Lucas creation, LEGO Indiana Jones: The Original Adventures follows the titular character in his adventures throughout the movie series. The game allows you to play scenes of your favorite moments from Raiders of the Lost Ark, Temple of Doom, and The Last Crusade.

The gameplay is similar to LEGO Star Wars, and the graphics also maintain the iconic LEGO style. There are six chapters you can play through, which include the main storyline and a free play mode if you prefer to explore on your own. There are 82 playable characters, 23 of which you can unlock by playing the main storyline, while the rest can be purchased from the in-game library.

When The LEGO Movie was released in 2014, it represented a fresh, creative take on animated films. The film was based on the iconic construction toys from the brand, together with appearances by DC Comics characters like Batman, Superman, Green Lantern, and Wonder Woman. Its A-list cast drew millions of fans and earned almost $500 million worldwide.

The LEGO Movie videogame was released in the same year. It follows the movie’s storyline and puts you in the shoes of your favorite characters. Several scenes are directly taken from the movie as well. The gameplay is focused on construction missions that use realistic LEGO sets.

LEGO City Undercover was released a year before The LEGO Movie videogame and has a lot of the same features, gameplay, and mechanics as the latter. The game was first released for the Nintendo Wii U but was eventually made available for the Nintendo Switch, PlayStation 4, Xbox One, and Microsoft Windows as well.

While The LEGO Movie is based on the construction toys line of the brand, LEGO City Undercover features its City toyline. You play as the police officer Chase McCain as he tries to take down crime boss Rex Fury. You can play in the standard single-player mode or in a local two-player multiplayer mode.

Hunt criminals in LEGO City with your skills and by using any of the available vehicles. A lot of the gameplay is inspired by the Grand Theft Auto video game franchise, so most players are likely to be familiar with how it all works.

LEGO Marvel Super Heroes features all your favorite heroes from the Marvel Universe. You will work together to defeat Doctor Doom and Loki who have recruited their own group of super villains to destroy the Earth. They have built the Doom Ray of Doom and only Earth’s mightiest heroes can stop them.

This action-adventure game was released in 2013 for almost all platforms. It is available on Microsoft Windows, OS X, PlayStation 3, PlayStation 4, Nintendo Wii U, Xbox 360, Xbox One, Nintendo Switch, Nintendo DS, Nintendo 3DS, PlayStation Vita, and even Android and iOS on mobile.

This is the best-selling LEGO video game of all time and received generally positive reviews from media outlets. A spinoff game called LEGO Marvel’s Avengers was released in 2016. The official sequel, LEGO Marvel Super Heroes 2, was released in November 2017.

The gameplay includes solving puzzles, casting spells, crafting potions, and completing quests to progress in the story. Iconic locations like Diagon Alley, the Leaky Cauldron, the Hogwarts Express, Gringotts Bank, and Hogsmeade all make an appearance in the game.

Another one of LEGO’s famous collaborations with massive movie franchises, LEGO Jurassic World is one of its most popular games to date. Published by Warner Bros. Interactive Entertainment, the game follows the storyline of the first four films in the Jurassic Park series.

Most of the gameplay is about solving puzzles and exploring the environment. There are 20 levels, five each for every film that is covered. There are over 100 unlockable characters that you can play as, which includes about 20 dinosaur species. You can also play iconic figures like Dr. Alan Grant, Owen Grady, and Ian Malcolm. As you go through the levels, you will learn that each character has their own unique abilities.

The game is intended for children, so all the violence from the films has been removed. LEGO Jurassic World is available for Microsoft Windows, PlayStation 3 and 4, PlayStation Vita, Nintendo 3DS, Nintendo Wii U, Xbox 360, Xbox One, OS X, Nintendo Switch, Android, and iOS.

LEGO Batman 3: Beyond Gotham is the third installment of the LEGO Batman franchise. It keeps the general gameplay of its predecessors while improving on the graphics, mechanics, and introducing a new storyline.

The semi-open world environment lets you explore several locations in the DC Comics Universe. You can play as any of the over 150 characters available, and its gameplay includes puzzle-solving, combat, and collecting studs during missions. The game is played from a third-person perspective. Once you complete a level in Story Mode, you can play it again in Free Play mode.

LEGO Batman 3: Beyond Gotham is available across all platforms including PC, PlayStation consoles, Xbox consoles, and both Android and iOS mobile operating systems. A spin-off game, LEGO DC Super-Villains was released in October 2018.

The Lord of the Rings is one of the most popular fantasy novels and movie franchises of all time. It has no shortage of iconic heroes, villains, locations, and magical lore. LEGO The Lord of the Rings was released in 2012 and features a spoofed version of the original film trilogy’s storyline. LEGO adds humor to lighten up the drama and hardship in the original LOTR story.

Like most LEGO video games, there are lots of characters you can use, each with their own unique abilities. There are also a lot of items you can collect and use to help you in your journey. There are 18 levels to complete and a hidden ending that you can unlock after you complete all the levels. The combat mechanics feature both melee and projectile battles.

You can also explore Middle-Earth using the open world mode. Choose from the over 80 characters and travel across your favorite locations in Middle Earth.

Developed by Traveller’s Tales and published by Warner Bros. Interactive Entertainment, LEGO Dimensions brings their most famous toys to life. It combines more than 30 different franchises that LEGO has collaborated with, to give players a lot of characters to choose from.

There are 14 levels in the main storyline which revolves around Gandalf, Batman, and Wyldstyle. You can also purchase additional level and story packs as expansions. Using the in-game toy pad, you can build iconic models like the TARDIS, Batmobile, DeLorean, or Mystery Machine.

The game is set in Foundation Prime, which is a planet in the center of the multiverse. It follows the story of the heroes from multiple franchises working together to stop Lord Vortech and his minion X-PO from collecting the 12 Foundation Elements and controlling the multiverse.

The second Star Wars game on our list, LEGO Star Wars: The Force Awakens was released a year after the film of the same name. The Force Awakens reignited the Star Wars movie franchise after a decade. The film is set 30 years after The Return of the Jedi, but the game also includes plot lines that happened within that time period.

There are more than 200 characters in the game, including household names like Rey, Finn, Han Solo, Kylo Ren, and the droids C-3PO and BB-8. You will get a chance to explore Jakku, D’Qar, and the Starkiller Base during the course of the story. The game also introduces Blaster Battles, which you can engage in against enemies.

You can play either the traditional single-player mode or the two-player cooperative gameplay. It also features voice acting from the actual film franchise’s actors like Daisy Ridley, John Boyega, Adam Driver, Carrie Fisher, and Harrison Ford.

LEGO DC Super-Villains is the first spin-off and fourth overall installment of the LEGO Batman video game series. The twist is that it focuses on the perspective of the DC Comics Universe’s villains as opposed to its heroes.

This is the first game in the LEGO video game franchise to allow for custom character creation. The storyline focuses on the villains after the disappearance of the Justice League. In a strange turn of events, the villains are now tasked with defending Earth from an invading group of supervillains from another universe. This brand new storyline provides a fresh take on the old good versus evil trope that comics have used for generations.

The game is available on Microsoft Windows, Nintendo Switch, PlayStation 4, Xbox One, and macOS. It received generally positive feedback from media outlets. Game Informer gave it an 8.5 out of 10 while IGN gave it 7.8 out of 10.

See more about - The 12 Best LEGO Sets For Adults