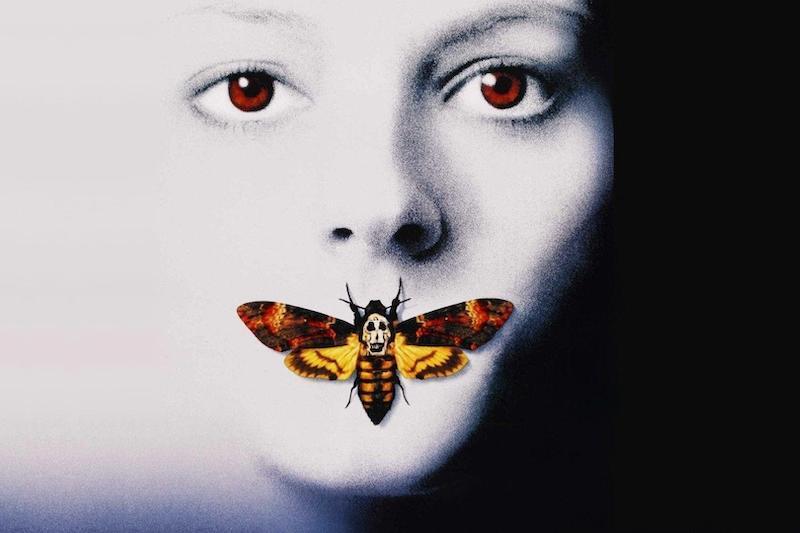 The 10 Best Movies Based on Books

Now more than ever, Hollywood is looking for intellectual properties to adapt into feature films and television series, and just like in the “Golden Age” of the film industry, books are the most sought-after source of IP that filmmakers look to adopt from.

While this is technically three films, director Peter Jackson’s The Lord of the Rings trilogy, based on the book of the same name, is the most exhaustive, expensive, and immersive adaptation of a fantasy book series there is (they even needed four writers to adapt it!). With an incredibly talented cast and a crew that worked hard to bring J.R.R. Tolkien’s epic high fantasy novel to life, The Lord of the Rings trilogy is #1 on our list.

The Lord of the Rings includes some of the most exciting characters and amazing performances from Viggo Mortensen’s Aragorn, Andy Serksis’ Gollum, Sir Ian McKellen’s Gandalf, and of course, Elijah Wood and Sean Astin’s beloved hobbits Frodo and Sam. The journey of the Fellowship to Mordor to destroy the One Ring of Power has become a favorite to many and introduced a new generation to the high fantasy epic. If you haven’t seen the trilogy yet (have you been living under a rock?), it’s definitely a must-see, especially the Extended Editions.

Regarded as one of “the greatest and most influential film series ever made” and winning 17 out of 30 Academy Award nominations, The Lord of the Rings trilogy – consisting of The Fellowship of the Ring, The Two Towers, and The Return of the King – is as beloved today as it was upon its release, with many who grew up reading the books claiming it was “exactly how they imagined it”.

The Shawshank Redemption is beloved for its amazing performances from its well-rounded cast, its stellar cinematography by critically-acclaimed filmmaker Roger Deakins, and Thomas Newman’s haunting score. To this day, the movie is considered by many as one of the “greatest films ever made” and expands a short, personal story about one man’s contemplations into a grand redemption of one of the most interesting men to enter the US prison system.

Author Stephen King has famously said The Shawshank Redemption (along with Stand By Me) is his favorite screen adaptation out of all of his stories. Darabont does a masterful job adapting Stephen King’s novella and has since adapted other King novels such as The Green Mile and The Mist.

A classic of modern American literature, the feature film adaptation of Harper Lee’s Southern Gothic, To Kill A Mockingbird, is an astonishing phenomenon. The film features Gregory Peck in the iconic role of Atticus Finch, Mary Badham as his troublemaking daughter Scout, and Robert Duvall’s big-screen debut as the infamous Arthur “Boo” Radley.

To Kill A Mockingbird deals with serious issues of rape, racial inequalities, class, gender roles, and compassion set against the backdrop of the 1930s Deep South. Peck brings life to the role of Atticus Finch, becoming a hero of the times and inspiring people to pursue justice and courage when others will not. While the novel is in a league of its own (considered a literature classic), the film faithfully adapts its pages, winning three of the eight awards it was nominated for at the Oscars.

While this is definitely the oldest film on the list (and the only one in black and white), it continues to live up to the hype, reminding us that courage comes from within and compassion is paramount if we are to live peaceably with all men.

A fan-favorite and beloved film that sparked a franchise and created its own world, Steven Spielberg’s Jurassic Park is based on a novel of the same name by acclaimed author Michael Crichton (who co-wrote the screenplay). The film is a clever, fun, and intense adaptation of the source material, and like the original novel, has produced pulse-pounding sequels.

Jurassic Park is one of the best science-fiction films of all time and certainly nears the top of many people’s best of Steven Spielberg lists (maybe we’ll bring that to you one of these days). From the iconic John Williams’ score to eccentric performances by Jeff Goldblum, Laura Dern, and Sam Neill, Jurassic Park is a joyous thrill-ride that keeps you constantly entertained as you follow a mixed group of children and scientists as they make their way through a dangerous theme park filled with hungry, on-the-loose dinosaurs.

One of the best parts about Jurassic Park is that it structures itself as a stand-alone movie while also leaving room for sequels in a way that doesn’t shoo-in random plot points, only to hold off on the answers until the next movie. To this day, it remains a film that stands tall on its own.

Sometimes novels that are adapted into feature films were originally intended to be screenplays all along. This was the case with Cormac McCarthy’s novel No Country for Old Men. McCarthy, known for his novels Blood Meridian and The Road, wrote the novel in a “simple style of writing,” that lends itself to its origins as a screenplay. Eventually, the Coen Brothers adapted the novel into a film, too much critical success.

No Country for Old Men is a neo-Western crime thriller about an illegal drug deal gone awry in the Texas desert, right on the border of the United States and Mexico. The film stars Josh Brolin as Vietnam war veteran Llewelyn Moss, Tommy Lee Jones as local sheriff Ed Tom Bell, and Javier Bardem as the horrifying hitman Anton Chigurh. The film is ripe with action, suspense, and a mystery surrounding the mysterious hitman that will keep audiences talking long after the credits roll.

While No Country for Old Men isn’t the only Cormac McCarthy novel-turned-feature (The Road is also a must-see adaptation), it’s one of the best, and certainly one of the best thrillers of the 21st century, making it one of the Coen Brothers’ biggest hits.

See more about - The 10 Best Monster Movies of All Time

Louisa May Alcott’s inspiring tale of four young girls maturing into adulthood and finding their respective places in the world has been adapted to film, television, and various other forms of media over the past hundred years, but writer-director Greta Gerwig’s most recent take is our favorite.

Little Women features a phenomenal cast including Saoirse Ronan, Emma Watson, Laura Dern, Meryl Streep, and Timothée Chalamet (to name a few), with stylish direction to make it a deeply focused interpretation of the source material (though there’s plenty from the book that is left out). Though the film spends most of its time with Jo (Ronan), it still manages to take its time to explore the motivations of the other three March sisters, rounding out each of them just as the novel does.

Gerwig’s incorporation of non-linear storytelling also sets it apart among previous adaptations, bringing new life to an already empowering tale of childhood and independence. The film was both a critical and commercial success, earning it six Academy Award nominations, including one for Best Picture.

Though it may not be the most famous adaptation of Charles Portis’ novel (that title belongs to the 1969 John Wayne version), the Coen Brothers’ True Grit is certainly a more faithful interpretation, with a finale that better matches the end of the book. Starring Jeff Bridges, Matt Damon, Josh Brolin, and Hailee Steinfeld (in her break-out role), True Grit is an exciting tale of adventure and revenge.

An American Revisionist Western at heart, True Grit is a story about feisty 14-year-old Mattie Ross (Steinfeld) as she hires the drunken trigger-happy Rooster Cogburn (Bridges) to help her kill her father’s murderer, Tom Chaney (Brolin). The tight script, well-crafted action, and steady performances prove themselves throughout. The Coen Brothers have managed to “do it again” and tell a tale that you’d have to see to believe.

True Grit is one of the better period Westerns to be released in the 21st century (though there are a few others that would knock True Grit out of first place) and more than earned its 10 Academy Award nominations.

Directed by Jonathan Demme and written by Ted Tally, the well-known adaptation of Thomas Harris’ novel of the same name has been praised by critics and audiences since its release. With stellar performances by Jodie Foster and Anthony Hopkins, The Silence of the Lambs is a complicated psychological thriller that will make your skin crawl.

The complex relationship between FBI trainee Clarice Starling (Foster) and the cannibalistic serial killer Dr. Hannibal Lector (Hopkins) is what drives the film; their scenes together are the glue that binds and keeps us guessing as to what comes next. Clarice’s journey to the FBI as she searches for the serial killer Buffalo Bill (Ted Levine) and Lector’s climb to freedom parallel one another, with intense and personal stories that keep us on the edge of our seats. The climax of the film is especially dramatic, with disturbing imagery that is unmatched.

The Silence of the Lambs is a film that will forever be regarded as one of the best adaptations of all time, winning five Academy Awards – including Best Picture – and will forever have us asking the question: have the lambs stopped screaming?

The second Stephen King story on this list to come from his 1982 collection Different Seasons, Stand By Me is based on his short story The Body, with its title deriving from the popular Ben E. King song. Written by Bruce A. Evans and Raynold Gideon, and directed by film legend Rob Reiner, Stand By Me is one of the greatest coming-of-age stories out there.

Starring famous child actors Wil Wheaton, Corey Feldman, Jerry O’Connell, Kiefer Sutherland, and the late River Phoenix, the film follows five young boys as they hike through the Oregon wilderness only to come upon a dead body. The film is a marriage of deep and disturbing themes mixed with the joys and innocence of childhood. It’s a film that does its best to honor the source material and has since been named as one of Stephen King’s favorite adaptations of his work behind The Shawshank Redemption.

The cast’s remarkable performances elevate the well-crafted script, securing Stand By Me’s place firmly on this list (though Francis Ford Coppola’s The Outsiders is just as good).

One of the greatest films in all of cinema, The Godfather was directed and co-written by Francis Ford Coppola along with Mario Puzzo, who also wrote the novel on which the film was based. The film stars heavy-hitters Marlon Brando, Al Pacino, James Caan, Robert Duvall, and Diane Keaton, and has consistently wowed both critics and audiences since its release.

The story, taking place between 1945 and 1955, follows the Corleone family, a mafia family led by patriarch Vito Corleone (Brando), as he works to transform his son, Michael (Pacino), into the “head” of their organization. The intense crime drama focuses largely on Michael as he reluctantly takes his place in the family, with Pacino giving one of the knock-out performances of his career. There is so much to love about this film, from the iconic (and borderline heretical) themes to its shocking and disturbing imagery (if you know, you know), The Godfather holds its place, even today, as the most influential mafia film ever.

It would be silly to mention all the accomplishments of The Godfather given it’s overwhelming praise from audiences and critics alike, but it should be noted that the film did win Academy Awards for Best Picture, Best Actor, and Best Adapted Screenplay, which, if that tells you anything, means it’s worth checking out.