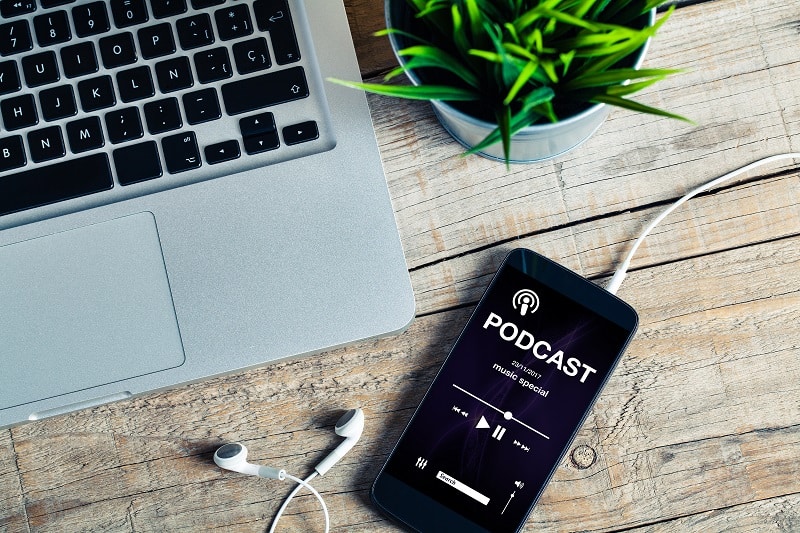 2021 has been an incredibly trying year thus far, which is why it’s crucial for us to keep our minds and spirits engaged. Arguably one of the best ways everyone can do this is by listening to an excellent music podcast. Interestingly podcasts have not been around for that long, but they have quickly become a favorite form of entertainment for music lovers in the few years that they’ve been a reality.

Whether you’re cooking, participating in a fitness activity, or even relaxing in the bath, you can listen to a podcast. That’s the beauty of music podcasts; you can be anywhere or doing anything and still enjoy listening to the latest episode in your favorite series.

For many, music is a positive outlet for emotion and a way to connect on a deeper level with themselves and others. We will discuss some of the best podcasts that will likely immerse listeners and allow them to transcend to a higher plane of perception and get lost in learning more about the music they love.

The music podcasts in our list cover many different topics, from critical analyses and dissections of your favorite songs to discussions on classical and contemporary genres. Some podcasts even dissect the thoughts behind why a musician produced some of their more popular songs.

We know it can be quite the challenge to find a great music podcast to invest your time in, which is why we have found 10 of the best music podcasts of 2021 for you. 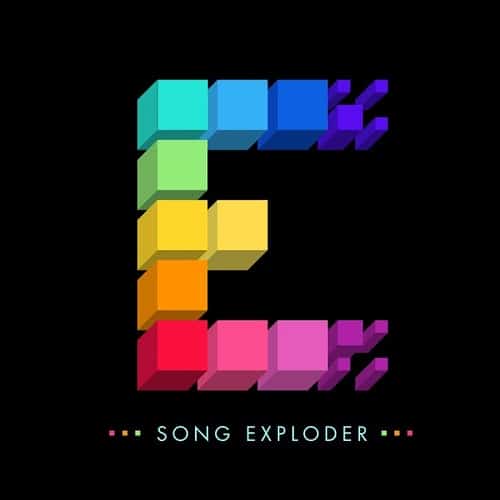 Not everyone is satisfied with listening to a song and simply enjoying it. Some like to learn more about the song. Are you someone who has an almost unquenchable desire to understand why a musician wrote one of their most popular songs and what went into the writing and producing it? If this sounds like you, then you should consider exploring the Song Exploder music podcast.

Sony Exploder is insanely popular and has become one of the most well-known and listened-to podcasts of 2021, partly thanks to the spin-off Netflix series. This innovative podcast was created by Hrishikesh Hirway and is hosted by the talented Thao Nguyen who’s melodic voice entertains the ears of all DIY musicians out there. During an episode, which is usually 30 minutes or less, a famed musician will discuss one of their songs and break down how it was created or “explode” it.

In the past, the guest list has been impressive and continues to be as the podcast series becomes more popular with different audiences. Featured on some of the episodes include artists like R.E.M, Iggy Pop, Maggie Rogers, and even rock legends Metallica. 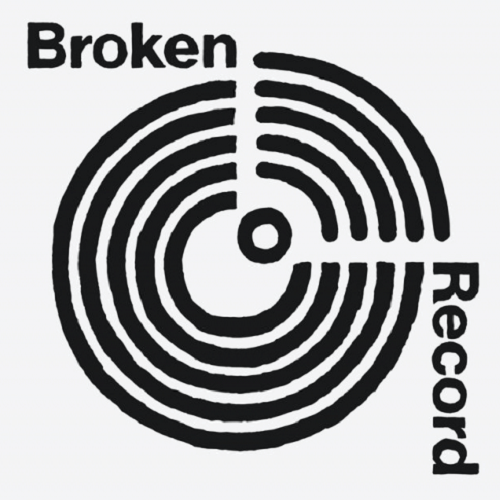 In decades gone past, music used to be about much more than quickly generating one generic track after another. When artists produced a new album, they would arrange interviews and press conferences to discuss what the album meant to them and what could be expected. Fans would go wild for a chance to listen to great music and have a conversation with a musician about their craft.

Fortunately, this tradition was revived before it completely died out by a group of four people who started a podcast that restarts musical conversations. The Broken Record podcast is hosted by Justin Richmond, while interviews are conducted by producer Rick Rubin and writers Bruce Headlam and Malcolm Gladwell.

During each episode, a talented musician is interviewed on various topics, from mental health issues to writer’s block. The Broken Record podcast discusses the ups and downs surrounding the career and life of different musical icons. This gives listeners a better idea of who their favorite musicians are behind their music. Some of the talent featured on the show in the past include Brittany Howard and Andre 3000. 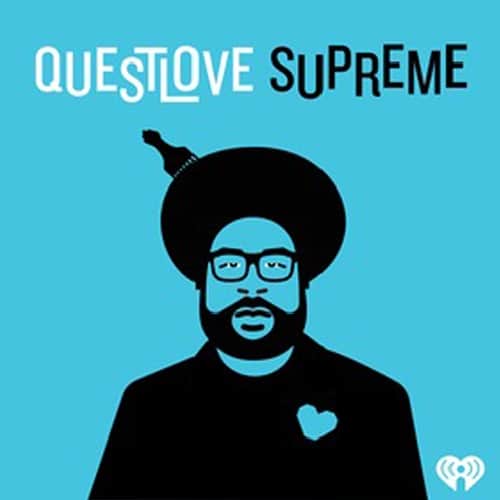 Although many people enjoy learning more about their favorite artist’s songs, some people want to learn more about their icon’s life and the stories behind what made them the way they are. The Questlove Supreme podcast is one of the best musical podcasts centered around digging deeper into the life stories of musical legends and up-and-coming stars.

Each episode is fun, educational, and entertaining while still managing to provide listeners the nitty-gritty details they tuned in for. This podcast is not an ordinary interview show as it gives listeners never before success stories and new information surrounding new projects. Additionally, the podcast delves into the interviewee’s passions, goals, and dreams, which allow listeners to relate their own lives to those they admire.

Do you want to hear how a musician manages to reach new heights in their career continuously? Or do you want a first-hand account of a budding artist’s musical journey? If the answer to these questions is a resounding yes, you should give the Questlove Supreme podcast a listen. Thus far, some of the guest artists have included Usher, Babyface, and Steve Miller. 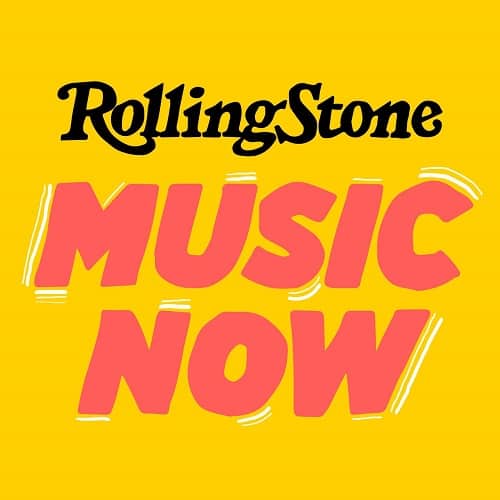 Do you want to be captivated by musical history and titillated with news of the latest goings-on in the lives of some of the most famous solo artists and musical groups? Well, the writers and editors at Rolling Stone have you covered with their highly entertaining podcast Rolling Stone Music Now.

Musical journalism often provides incredible and reliable context to the stories associated with musicians’ lives. Interestingly, the Rolling Stone Music Now podcast can be described as a music news show. You can look forward to listening in on the latest industry news and plenty of artist interviews. Additionally, the writers at Rolling Stone Music Now also occasionally rattle off a few song recommendations that ensure you broaden your musical tastes.

For entertaining commentary and the latest music industry news surrounding both legends gone by and fresh-faced talent, you should consider having a listen to this informative music podcast. 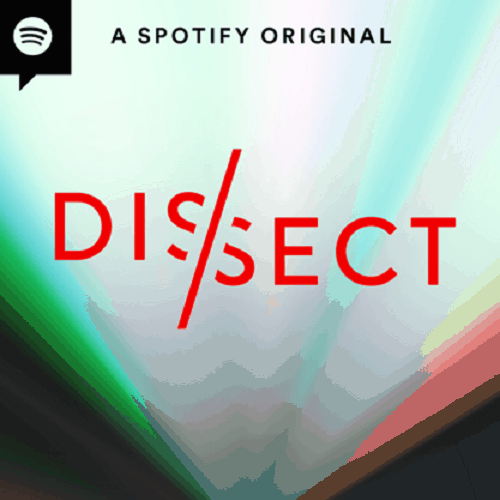 Often many of us will become incredibly infatuated with an artist’s entire album. When that happens, we eagerly try to uncover everything we can surrounding every song featured on the album. If you are passionate about dissecting an entire album to understand what the artist was thinking and you want to learn why you enjoy it so much, listen to the podcast Dissect.

The aptly named Dissect breaks down an entire album during each season of their show. This podcast was founded in 2016 by Cole Cuchna and has quickly become a favorite of fans and critics alike. In an episode, you can look forward to each song on a contemporary album of a particular artist being analyzed and dissected until you know everything there is to know about it.

Presently, season eight is out, and the hosts are delving into the Yeezus album by famed hip-hop musician Kanye West. There are over 12 episodes consisting of uber entertaining commentary that takes a close look into this polarizing album. Should the Yeezus album not be to your liking, you can go further back and listen to the dissection of other popular albums by artists such as Kendrick Lamar, Lauryn Hill, Beyonce, and Childish Gambino. 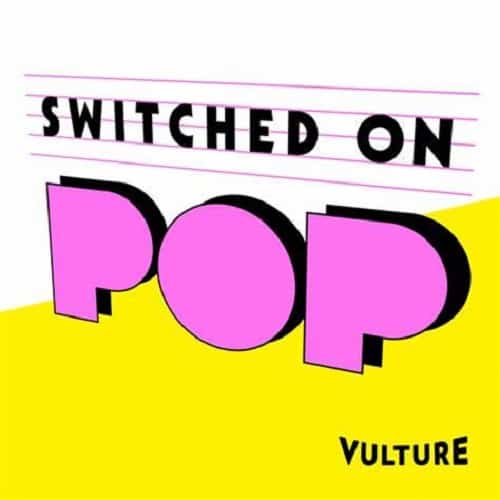 Do you ever wonder why a hit pop song becomes popular? The pop music genre is a favorite amongst both the old and young. Yet we often find ourselves questioning why we love catchy beats and infectious lyrics. The Switched On Pop music podcast looks at the pop genre from a scientific yet fun point of view to try and determine why various pop songs so easily find a place in our hearts.

The Switched On Pop music podcast is hosted by musicologist Nate Sloan and songwriter Chris Harding. They work together to uncover why various pop songs are so good and how it manages to find a spot in the cultural history of music. The podcast is pure entertainment. It will make you laugh, sing, dance, and objectively think of the various critical thoughts discussed.

Additionally, the show focuses on pop songs that are famous in today’s day and age and looks at our favorite pop songs of decades gone past. No matter if you enjoy modern pop or if you’re more into the 80s pop scene, you’ll likely find most of the podcast episodes to your liking. 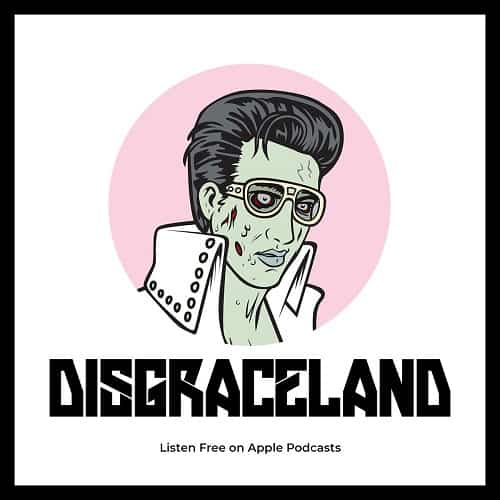 Who said true crime and music don’t go well together? If you’re a dedicated true crime fan and thoroughly enjoy music and learning about the shadier side of the music industry, you may want to listen to the podcast titled Disgraceland.

Much like the title suggests, this music podcast series focuses on the disgraceful acts committed by many musical icons and legends. Disgraceland is a genuinely unique true-crime podcast. During each episode, you can look forward to being educated on infamous musicians’ most unbelievable criminal acts. It’s likely that after listening to your first 30 minute episode, you’ll be hooked.

Some of the more popular episodes include the story surrounding Madonna’s dangerous rise to fame and the infamous murder of John Lennon. Should you want to listen to criminal stories surrounding Led Zeppelin, David Bowie, Ozzy Osbourne, A$ap Rocky, and Whitney Houston, it’s as easy as scrolling through their episodes list. 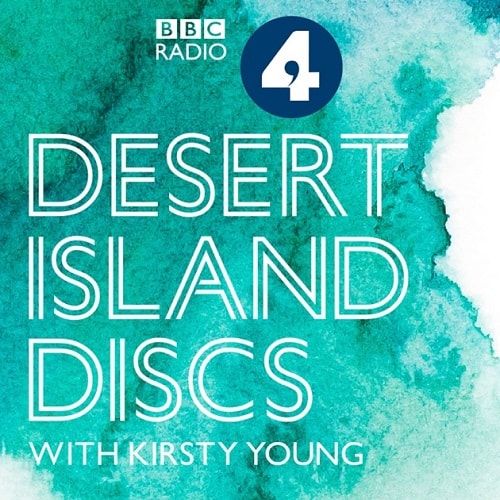 Should you be looking for a podcast recognized as the “greatest radio program of all time,” look no further than Desert Island Discs. This podcast used to be a popular BBC radio series but has become one of the best podcast shows in 2021. Interestingly the first episode aired in 1942, and there are now well over 3,000 episodes for you to catch up on.

Every week during an episode, a guest will be called a “castaway” and asked what eight music tracks, book, and luxury item they would take with them if they were on a castaway on a desert island. Essentially the show focuses on identifying the songs that define the lives of the featured famous guests. As you can imagine, each episode usually resonates with listeners of the podcast because of how deeply personal they are.

With more than 80 years of running time, the radio show turned podcast has seen its fair share of internationally famous people. You can look forward to learning about the lives of actors such as Tom Hanks, courageous genocide survivors, and other infamous public figures. 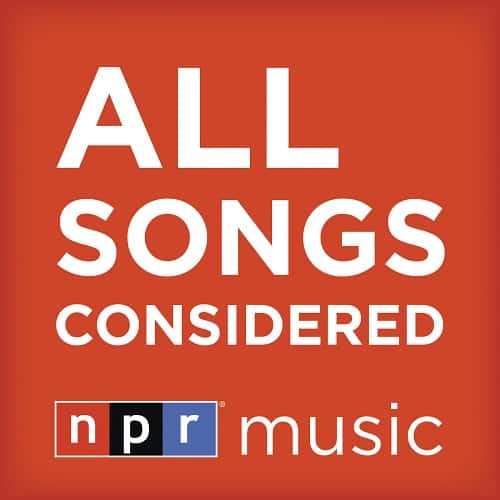 Not every musical podcast is upbeat and hyper-focused on the nitty-gritty details of songs and the music industry. All Songs Considered is a prime example of a music podcast with a much more relaxed and laid-back approach to discovering and analyzing new songs.

The show is hosted by Robin Hilton and Bob Boilen, who release a 40 minute episode weekly. The podcast has been running since the year 2000 and has evolved over time and become one of the best podcasts for those looking to discover music from unsigned and little-known bands and musicians.

All Songs Considered doesn’t only focus on presenting listeners with new song recommendations or conversations with emerging artists. The podcast also shares the best new music discoveries that transpire each week in the musical industry. If you tune in to this show, it’s likely you won’t ever miss a beat or be unaware of what is truly happening in the lives of new and existing musicians. 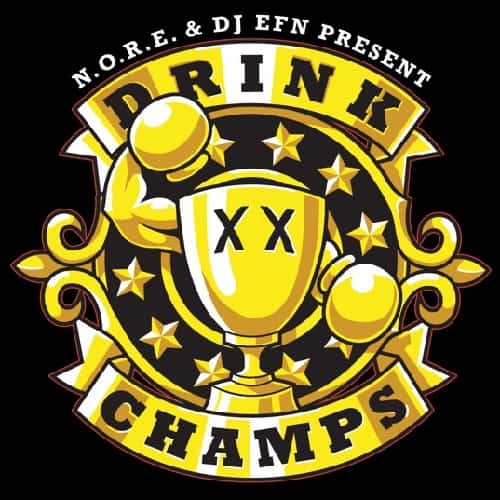 One of the best hip-hop music podcasts currently available to listeners is called Drink Champs. Hosted by legendary hip hop musicians N.O.R.E. and DJ EFN, this show might not be every person’s cup of tea but it is enjoyable for those who enjoy rap and the music of the two hosts.

Unlike other music podcasts, Drink Champs focuses on boozy conversations and laugh-out-loud storytelling. Each episode features light conversation surrounding an in-depth look back on the lives of N.O.R.E. and DJ EFN. The discussions primarily center around their careers and friendships and particularly iconic moments they have experienced. If you’re interested in unfiltered storytelling about the lives of these hip-hop artists and want a fun weekend podcast to listen to, you should have a look at Drink Champs.