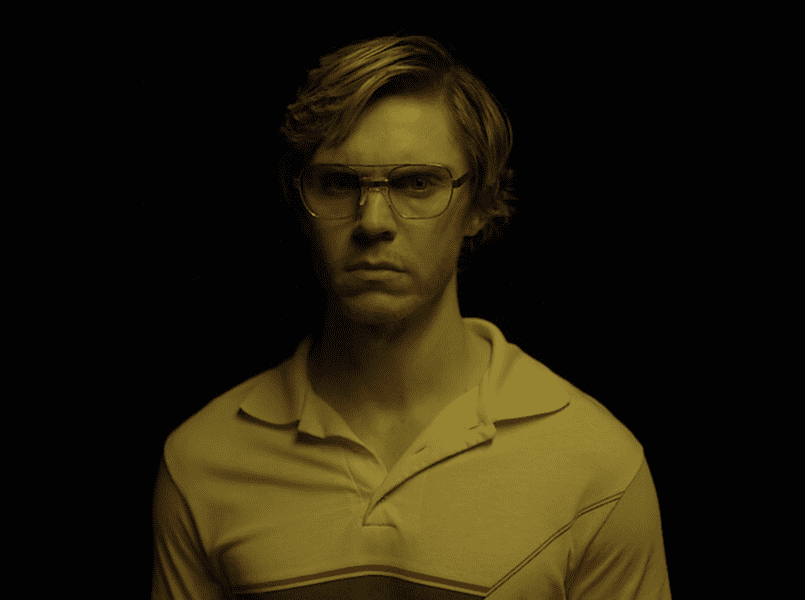 Netflix is the gift that just keeps on giving. The biggest streaming platform in the world continues to churn out content at an excessive rate. There are so many movies and TV shows appearing every week it can be really hard to keep up. But if you are someone who likes a good whodunnit or true crime drama then you’re in luck, as we have pieced the clues together and come up with the best mysteries on Netflix for you to enjoy.

Comprising both movies and TV shows, this list features all the platform’s best mysteries. We’ve taken into consideration different sub-genres and both Netflix Originals and studio releases. Whether you’re after a murder mystery, a true crime documentary, or a psychological thriller, we’ve covered all bases. So get ready to be shocked, mystified, and above all entertained with these fantastic mystery shows you can stream on Netflix right now. 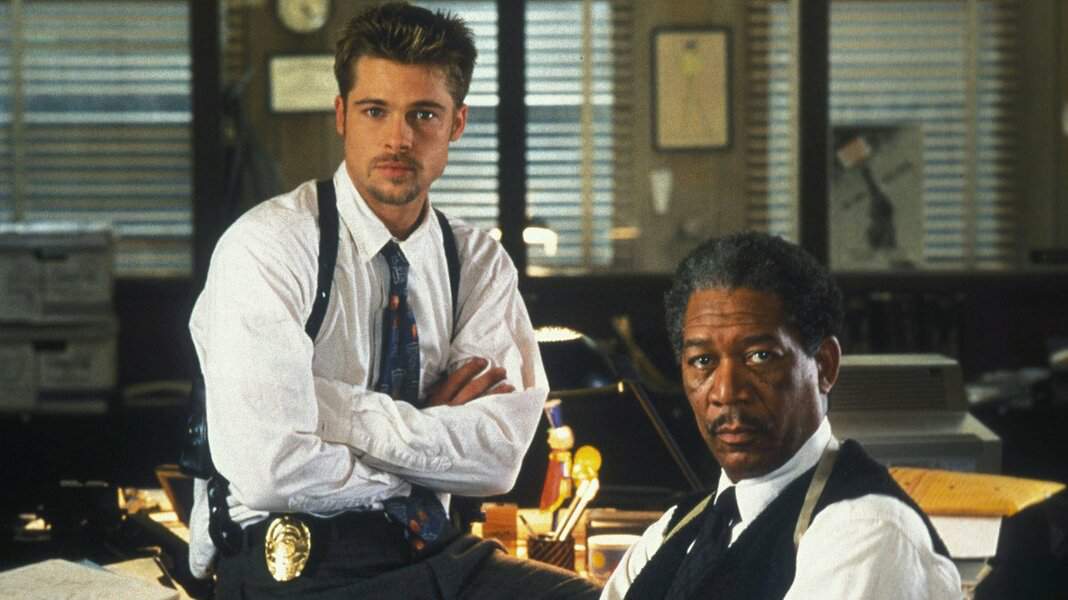 The sequel to the surprise hit Enola Holmes once again stars Millie Bobby Brown as the title character. After getting into all sorts of mischief in the original movie, Holmes is back and working on her first official case, the disappearance of a woman’s sister. Similar to the first movie, Holmes finds herself well over her head and must get help from her older brother Sherlock (Henry Cavill).

This is good fun for the whole family and another wickedly fun adventure from director Harry Bradbeer. Although Elona Holmes 2 isn’t based on one of Nancy Springer’s novels like the original, it still packs a punch with a gripping mystery and stellar performances from Brown and Cavill.

Se7en is hands down one of the great murder mystery crime films of the 20th century. Two detectives – one is a newly transferred rookie (Brad Pitt) looking to make a name for himself, the other a jaded veteran (Morgan Freeman) on the verge of retirement –  must work together to stop a serial killer who is basing his murders on the seven deadly sins.

Dark and gritty, Se7en is a terrifying movie with plenty of thrills and chills. The chemistry between Pitt and Freeman is wonderful, while the eventual reveal of the killer and his final plan still shocks today. After the poor reception of Alien 3, David Fincher announced himself with this movie and quickly established himself as one of the top filmmakers to come out of the 90s.

One of the sickest serial killers of all time is brought to life in Netflix Original series Dahmer – Monster: The Jeffrey Dahmer Story. If you haven’t heard of this TV series then you must live on the moon, as it is all anyone has been talking about since it hit the streaming platform in September.

The ten-episode show focuses on the life of serial killer Jeffrey Dahmer, who sexually assaulted, murdered, and dismembered 17 men and boys between 1978 and 1991. It’s a gripping insight into Dahmer, with actor Evan Peters almost unrecognizable as the evil killer. Critics have praised it for not only highlighting Dahmer’s monstrous crimes but showing the failures of society that enabled him to exist.

The haunted lives of three childhood friends from Boston are ripped apart when the daughter of one of them is found murdered. Clint Eastwood is in fine form behind the camera in this crime drama based on Dennis Lehane’s novel Mystic River.

Lead by an all-star cast that includes Sean Penn, Kevin Bacon, Tim Robbins, Laurence Fishburne, Laura Linney, Marcia Gay Harden, and Kevin Chapman, Mystic River is a dark but intriguing murder mystery that won two Academy Awards and is one of the few times when the movie is just as good as the book.

Adam Sandler’s big money deal with Netflix has consisted of more misses than hits, but Murder Mystery is one movie that breaks the mold. Sandler is a New York City police officer who heads to Europe with his wife (Jennifer Aniston) where they encounter billionaire Charles Cavendish (Luke Evans) who invites them to stay with him on his yacht.

Joining the trip is a collection of motley individuals celebrating Cavendish’s uncle’s upcoming nuptials. When a murder occurs on board the yacht, Sandler and Aniston are the prime suspects and must race against time to prove their innocence while finding the real killer. Silly, stupid, and funny, Murder Mystery combines Sandler’s childish humor with a decent script and a fantastic cast, resulting in a very watchable – and funny – murder mystery.

It won’t be everyone’s cup of tea, but Pretty Little Liars is a very good mystery show on Netflix. Based on a series of novels, the show revolves around friends Spencer, Hanna, Aria, and Emily, who are reunited one year after the disappearance of their leader Alison. When someone threatens to unveil the girl’s secrets, they must band together and discover who is out to get them.

Shimmer Lake is different from the very start, with the mystery unfolding in reverse. As the blanks are slowly filled in, you learn how the characters are all connected and what got them into the predicament that started the movie.

Taking the world by storm during the pandemic, Tiger King is an unbelievable true crime documentary series about former zookeeper and convicted felon Joe Exotic. The show delves into Exotic’s bitter feud with fellow big cat sanctuary owner Carol Baskin, which leads to Exotic putting a hit out on Baskin. Questions are also asked about the disappearance of Baskin’s former husband Don Lewis, with many believing she murdered him.

Consisting of three seasons, it’s the first that really hits its mark. It’s hard to believe the events that unfold, with the show making for a true Hollywood-style mystery that is being adapted into a fictional TV series.

Based on the novel of the same, A Walk Among the Tombstones stars Liam Neeson kicking ass. Think Taken but with a neo-noir edge as Neeson, an unlicensed private detective, agrees to help a drug trafficker find the killers who murdered his wife. This isn’t anything you haven’t seen in a hundred other movies, with stereotypical characters and all the usual cliches present.

What lifts A Walk Among the Tombstones above similar movies is Neeson, who is great as an old guy beating people up. This is a solid thriller with just enough mystery to make this list.

Another movie based on a book, Lost Girls is about a serial killer murdering sex workers on the South Shore barrier islands of Long Island. After Mari Gilbert’s (Amy Ryan) daughter is found dead and police write it off as an accident, she relentlessly searches for the truth, eventually forcing the police to reopen the case when she discovers several similar deaths in the area.

Ryan is phenomenal in this movie and puts in an award-winning performance as a mother pushed to the edge who just wants to know the truth about her daughter’s death.

Very loosely based on an old Agatha Christie story, Identity finds a group of people stranded at a hotel during a bad storm. One by one they are being killed, with those still alive trying to figure out what is going on. The movie has a number of time jumps that add to the plot while the ensemble cast is killer. Ray Liotta, John Cusack, Amanda Peet, John Hawkes, Alfred Molina, Clea DuVall, and Rebecca De Mornay all feature and bring their A-game.

The mystery of the killer will have you guessing right up to the very end, with director James Mangold creating a claustrophobic and intense feeling while watching. One of the better thrillers from the early 00s.

David Lynch out-weirds himself with this crazy black-and-white short movie. At just 17 minutes it won’t take long to watch, but the short run time is probably because you’ll need the next couple of hours to decompress and figure out what the hell you just watched.

What Did Jack Do?  features Lynch playing a detective who is interviewing a monkey in a suit who may be a murderer. The synopsis, “In a locked down train station, a homicide detective conducts an interview with a tormented monkey,” pretty much tells you all you need to know.

This movie is as strange as you can get but is relatively subdued compared to some of Lynch’s efforts. That said, it will still leave you with more questions than answers.

You’ve most likely seen this 2018 docuseries but it’s well worth checking out again. Filmed across 13 years, the first season centers around Steven Avery, a man who was wrongly imprisoned and served 18 years inside (1985-2003). After two years free he is then convicted of a different murder in 2015 and found guilty again. The series also deals with Avery’s nephew Brendan Dassey, who is accused and convicted as an accessory in the 2015 murder.

It’s a rollercoaster ride of emotions as every moment of Avery and Dassey’s life is explored and their dirty laundry exposed. This is the type of true crime series that you won’t be able to stop watching and will likely binge in one sitting. While the second season looks at the aftermath of the convictions and uncovers more information, it doesn’t hold a candle to the first.

Issa Rae and Kumail Nanjiani have been together for four years but constant bickering has led to them breaking up while driving to a dinner party. Distracted by this turn of events, Nanjiani gets into an accident with a man on a bike that quickly escalates to murder when a dude posing as a police officer commandeers their car and runs over the cyclist, killing him.

Rae and Nanjiani find themselves on the run from the cops as they try and solve the mystery of who killed the cyclist. This mystery is chock full of laughs and is a great vehicle for Rae and Nanjiani to showcase their comedic timing. This is a fun Netflix movie that doesn’t reinvent the wheel but makes for a great date night movie.

See more about - 27 Best Mystery Shows Of All Time