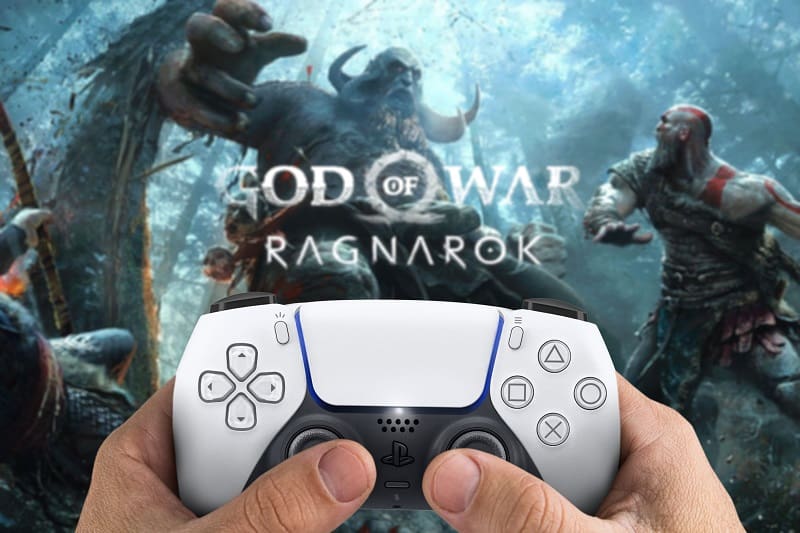 The PlayStation 5 was arguably the most anticipated console release of the last decade. Since 1994, Sony’s PlayStation consoles have dominated the market. The PlayStation 2 is the highest-selling home game console of all time, followed by the PlayStation 4. They have sold 155 million and 116 million units worldwide, respectively.

For a system this popular, it’s no surprise that fans were very excited for the release of the next-generation console. It was first confirmed in 2019 and was released in November 2020. Fans are thrilled with the PlayStation 5 since it features backward compatibility, which enables them to play their favorite classic titles dating back to the PlayStation 2.

Sony only released a limited supply during its launch, so it is hard to get your hands on one through official retailers at the moment. If you do have one, you will want to check out our list of the 10 best PS5 games to play in 2021.

The Hitman series introduced a unique type of gameplay to the video game community. Stealth games are not exactly new, but Hitman took the genre to another level. Titles in the series are centered around assassinations and disguises, where players need to eliminate their targets while avoiding detection.

Hitman 3 was developed and published by IO Interactive in January 2021. It is the eighth installment of the main Hitman series and features the conclusion of a three-game storyline. Fans of the Hitman and Hitman 2 games will definitely want to get this game to finally finish the World of Assassination storyline.

The game features a third-person perspective as well as a semi-open world environment. The story continues with Agent 47 traveling around the world and working with his handler, Diana Burnwood, to eliminate several targets to destroy the corporate alliance called Providence. New locations include Dubai, Berlin, Romania, and Dartmoor.

Critics gave positive reviews of the game, with media outlets like Game Informer and IGN giving it a rating of 9 out of 10. Players praised it for its stealth and shooting mechanics, as well as the beautiful world-building. Hitman 3 had the biggest digital launch in the franchise’s history and has already outsold Hitman 2 by a massive 300%.

This is a remake of the cult-classic PlayStation 3 game from 2009. The Souls series is known more for its Dark Souls installments, so newer gamers won’t be familiar with its first title, Demon’s Souls. This remake for the PlayStation 5 aims to reintroduce the iconic gameplay and storyline of Demon’s Souls to a younger generation of gamers.

The game is set in the fictional kingdom of Boletaria, which has been taken over by a dark being called the Old One. You play as a hero who has to save the universe by slaying the fallen king, Allant, and keeping the Old One at bay. Defeating enemy units will reward you with Souls, which can be used to raise your stats or purchase new weapons, items, and armor.

You can fully customize your character’s gender and appearance, as well as their character class. The weapons you use will also influence your character stats, so you can alter your class to match your weapons.

There are 22 boss characters you have to defeat throughout the game. If you die, you will respawn at the beginning of a level with reduced health, and all your unused souls will be lost.

Marvel video games have been all the rage lately. The resurgence of superhero blockbuster movies has led to a massive increase in consumer demand. This 2020 title was developed by Insomniac Games and published by Sony Interactive Entertainment. It features the MIles Morales version of Spider-Man, rather than the more popular Peter Parker.

This action-adventure video game is based on both the comic books and the 2018 film, Spider-Man: Into the Spider-Verse. In the game, Miles Morales struggles to balance his role as Spider-Man with his home and school lives. There is also a brewing war between the powerful Roxxon Energy Corporation and an underground criminal army led by the Tinkerer. He must find a way to stop the conflict while protecting his identity.

Spider-Man: Miles Morales is a sequel to Marvel’s Spider-Man (2018) and features mostly the same gameplay. The open-world environment allows you to explore a fictional version of Manhattan. There is no weather system, but the game is set during the holiday season so the city is snowy all over.

The God of War series is one of the biggest video game franchises of the 21st century. It introduced Greek mythology to generations of gamers and its popularity made Kratos one of the most recognizable video game characters of all time. The franchise has produced games for every generation of Sony video game consoles since the PlayStation 2.

The 2018 installment was called God of War to signify the developers’ soft reboot of the series. It was the first game of the franchise that moved away from Greek mythology, to shift the focus to Norse mythology. The storyline is set decades after the conclusion of God of War III.

You play the main character who is still Kratos, and he travels to ancient Scandinavia with his son Atreus to spread his deceased wife’s ashes. Along the way, you will come across many Norse myth characters and monsters, which you will have to defeat.

God of War has won a number of awards from 2016 to 2018, including Game of the Year from the 2018 Golden Joystick Awards, The Game Awards 2018, and the 22nd Annual D.I.C.E. Awards. The game is now the best-selling installment of the series, having sold more than 10 million copies worldwide as of 2019.

Yakuza: Like a Dragon is another title on our list that belongs to a popular video game franchise. The series started with Yakuza in 2005 and has since produced eight main installments and a handful of spin-off games. Like a Dragon, released in 2020, is the latest title in the series and it introduces a new main character.

You now play as Ichiban Kasuga, who was recently released after going to prison in place of a high-ranking member of his family. After his release, he finds out that his former boss betrayed the clan and caused its downfall. Ichiban goes on an adventure to get answers and save his clan. The setting also changes from Tokyo and Kabukicho to the Isezaki Ijincho district in Yokohama.

The game retained a lot of the classic gameplay features of the series, including the addition of side quests, and random activities you can take part in on the map. The Dragon Kart is a new fun activity you can play, which is very similar to other kart racing video games. Try this game out if you enjoy immersive storylines and impressive world-building.

Control was not the most popular game title early on, but it quickly became a fan favorite upon its release. This action-adventure game was released in 2019 after a few years of development under Remedy Entertainment and 505 Games. It was originally released for eighth-generation consoles, but the Ultimate Edition was launched for the PlayStation 5 in 2021.

The game is based on the fictional Federal Bureau of Control (FBC), which is a highly classified and clandestine United States government agency that investigates events that seem to break the laws of reality. These Altered World Events (AWEs) are influenced by the human collective unconscious. The Objects of Power were created as a result of these phenomena, and the game’s protagonist is entrusted with one of them.

You play as Jesse Faden, who wields the Service Weapon and is consequently appointed as director of the FBC. The Oldest House is the headquarters of the agency in New York, so the entire story occurs within this area. You have to defeat the evil force called the Hiss to prevent it from entering your version of reality and altering the world as you know it.

Assassin’s Creed Valhalla is the 12th installment in the cult classic series. Developed and published by Ubisoft, this is the successor to the wildly successful Assassin’s Creed Odyssey. In line with tradition in the series, Valhalla places you into a new period in history. This installment occurs during the Viking expansions of the British Isles.

You play as Eivor Varinsdottir, a Viking leader who is trying to forge their path in Anglo-Saxon England. Your clan is fighting against British kingdoms like Mercia, Wessex, and East Anglia. Historical figures like Alfred the Great, Ragnar Lothbrok, and others will either make appearances or are, at least, mentioned throughout the course of the story.

As expected, the Assassin Brotherhood and the Templar Order’s ancient conflict is woven into the game’s storyline. Present-day Assassins will try to delve into Eivor’s memories to find out how their life’s events affected the impending end of the world.

Valhalla also allows you to fully customize your character. You can play Eivor as either male or female, change their hair, clothing, armor, tattoos, and even warpaint. The iconic Eagle Vision Assassin’s Creed mechanic has also been renamed Odin Sight to fit the setting better.

This is probably the best game on our list for younger kids. Ratchet & Clank is one of the oldest video game series out there, and its longevity is largely due to its futuristic gameplay. Developer Insomniac Games did a fantastic job in creating an immersive environment where the movement and shooting mechanics in the game are fluid and smooth.

Ratchet & Clank: Rift Apart was released exclusively for the PlayStation 5. It features the eponymous heroes as they fight a multitude of enemies throughout the storyline. The game is divided into levels with unique objectives to complete. You play as Ratchet, and his robot sidekick, Clank, as they travel across the universe to different worlds and planets using special portals.

Combat and movement are the main elements of the gameplay. You fight your way through different locations as Ratchet tries to find his missing family. The returning main antagonist for Rift Apart is Doctor Nefarious, a mad scientist who wants the destruction of all organic lifeforms in the universe.

The only racing video game on our list, Dirt 5 was developed by Codemasters, originally for eighth-generation consoles. It was later released for the PlayStation 5 as well. This is not your standard track racing game, as it focuses more on off-road racing. Rallycross, ice racing, and the popular Stadium Super Trucks (SST) are some of the game modes available.

You can play in different locations like New York, Italy, Brazil, China, Greece, Norway, and South Africa. The 14th installment in the Colin McRae Rally and Dirt franchise, Dirt 5 features a dynamic weather system that includes seasons within each location. There is also a career mode where you can play in different championships to become the best dirt racer in the scene.

Dirt 5 received very good reviews from critics and players alike. Media outlets Destructoid and IGN gave it an 8 out of 10. It was even nominated for the Best Sports/Racing Game at The Game Awards 2020.

Returnal is a psychological horror video game set in the distant future. It was published by Sony Interactive Entertainment exclusively for the PlayStation 5 in 2021. This third-person shooter lets you play as space pilot Selene Vassos as she goes rogue and discovers a shocking phenomenon that she is a part of.

You are stranded on the abandoned planet of Atropos, with only your space suit and weapons to survive. The game’s main obstacle is the time loop that Selene seems to be stuck in. You have no way of contacting your employer ASTRA Corporation and asking for help.

On the planet, you encounter a slew of hostile alien monsters that you have to defeat to get through the story. The whole storyline revolves around Selene’s attempt to investigate the White Shadow so she can make sense of the time loop she is experiencing.

The game received high praises from critics like Game Informer and Push Square. It has sold more than 560,000 copies worldwide as of July 2021.