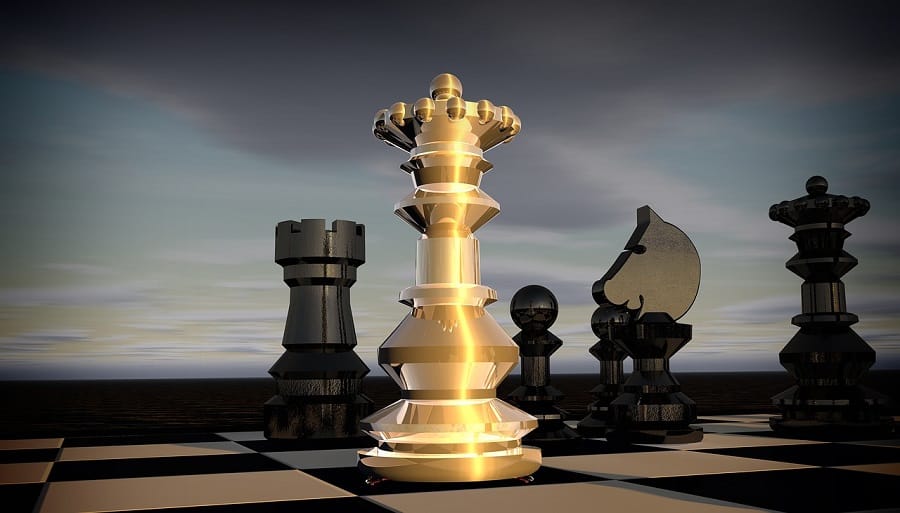 Playing a board game all by yourself? That may seem like the saddest thing to do until you give it a try and find that you’re almost as addicted to it as any lone gamer stuck to their video-game.

Come to think of it, if it’s okay to glue your eyes to the screen while playing single-player video games, why does it sound strange to play physical games solo? The truth is, you can have plenty of fun playing board games in solitaire mode, and this article will walk you through the 10 best solo games that are thrilling and fulfilling.

Remember to scroll down to the end of this post to learn the main reasons people play solo board games. 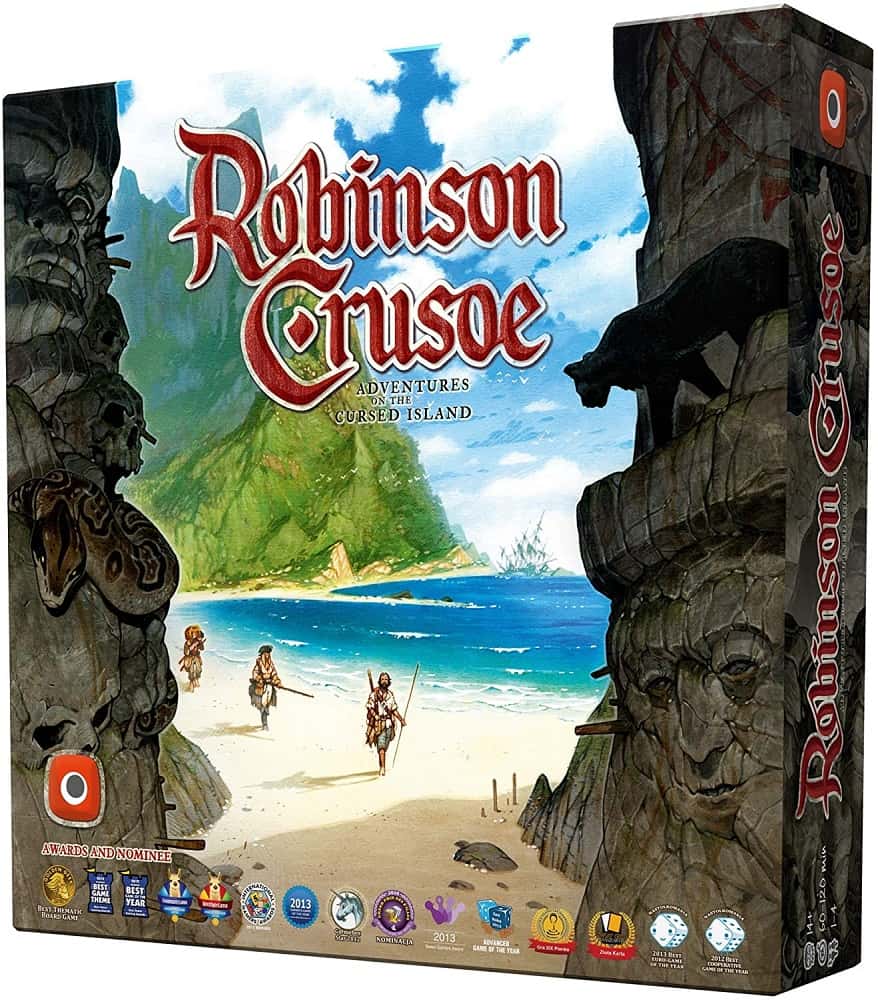 Okay, if you love a challenge – a real challenge, you’ve got to try your hands on Robinson Crusoe Adventures on the Cursed Island.

Set on an uninhabited island in no man’s land, the game beacons on you to explore islands, fight beasts and cannibals if you dare, find food, build shelter, construct tools, find treasures, and generally survive against all odds on the cursed island.

The game offers you multiple ways to play with seven different scenarios, including tracing King Kong, playing a castaway, raising a family of Robinsons, and more. This is arguably the best board game if you want something highly affordable that will keep you coming back for more strategic fun.

Robinson Crusoe Adventures on the Cursed Island is truly an exciting adventure – one that survival is the ultimate goal. 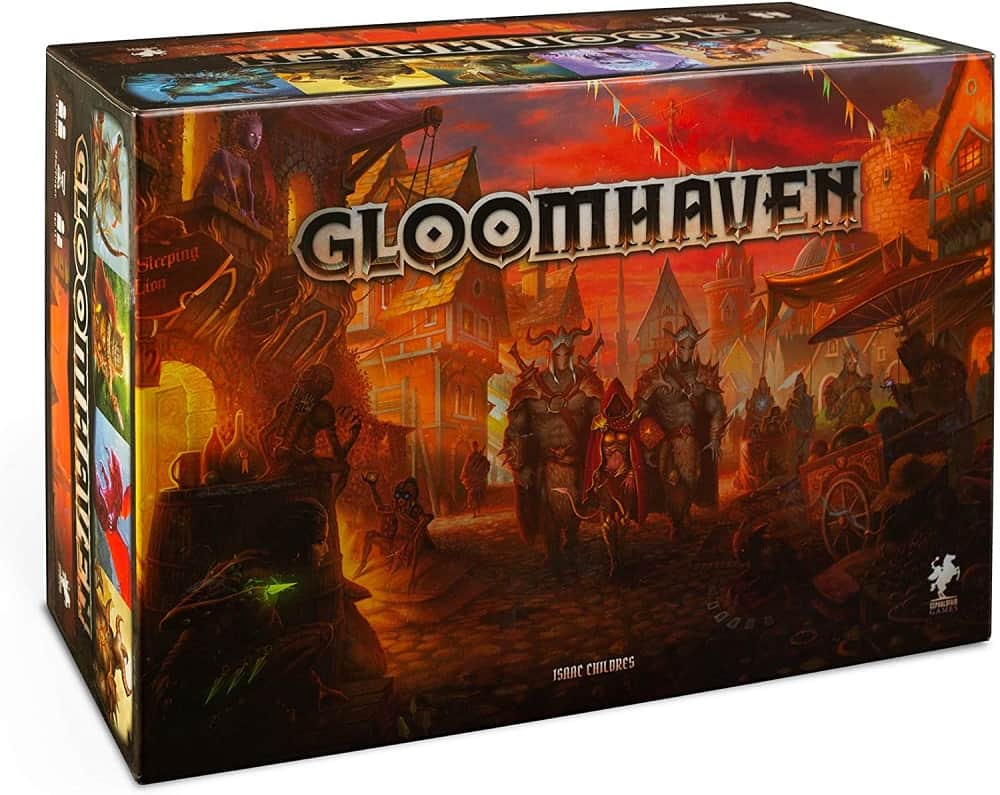 It might not be clear why this game is named Gloomhaven, but one thing is sure; it is among the top-rated solo board games ever, and the Board Game Geek guys think so, too.

In Gloomhaven, you are an adventurer wandering through a dark world with consistently shifting motives. Your goal is simple: use your special skills to fight and overcome monsters and survive through forgotten ruins and menacing dungeons.

Explore and plunder new locations to gain points and increase your abilities. But whether you win or lose a scenario, you have the option of leveling up your character, choosing another adventure, and continuing the story.

Gloomhaven comes in a box weighing 21.6 pounds! That’s a whole lot of cards, pieces, and scenarios to keep you busy for a long time. 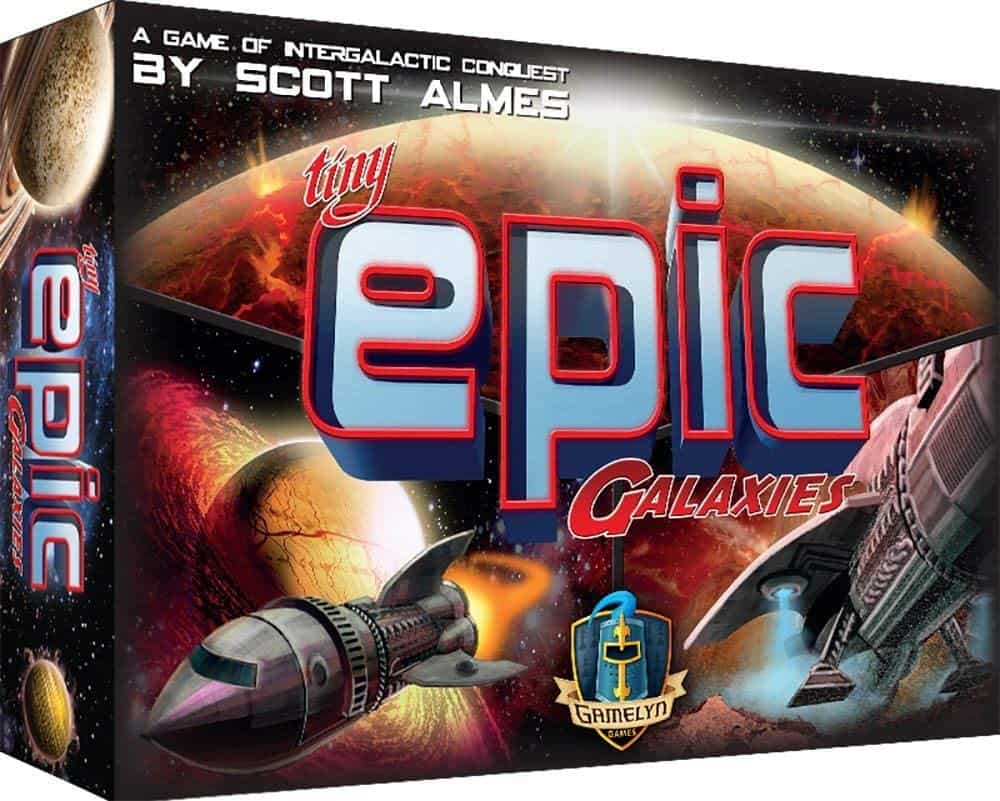 Tiny Epic Galaxies is not just one of the fastest solo board games available; it is also one of the best solo games that money can buy. If games in the strategy genre are your thing, you’ll easily find yourself coming back to this game over and over again.

Explore space and play against a rogue galaxy as you sharpen your strategic and cognitive skills. The ultimate goal is to acquire and colonize planets and level up your empire by gaining resources (culture or energy).

This is a compact-sized board game, meaning you can easily move it around and find a quiet corner to kill a few hours. It is quite easy to learn and play this game; even newbies will thoroughly enjoy it because it doesn’t have a steep learning curve. 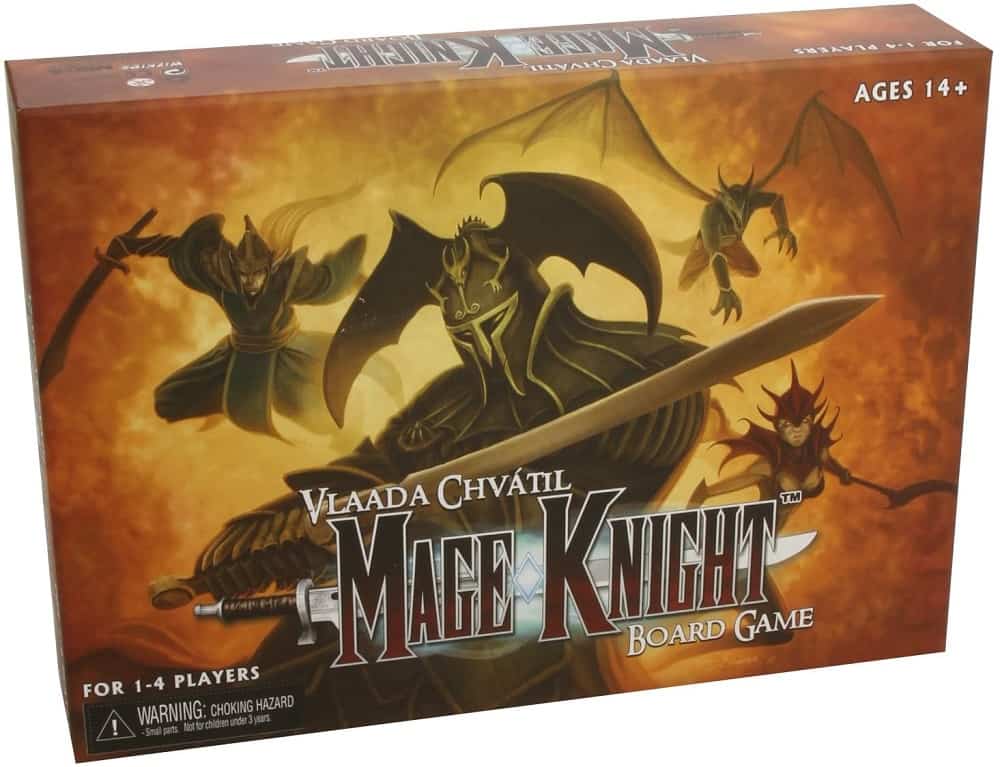 The Mage Knight board game combines several elements, such as deck building, RPG-style game, and traditional board game, to bring you over 2 hours of enthralling adventure in the ever-changing world of the Atlantean Empire.

This is a game of conquest combined with exploration, making it ideal for gamers with a bias for epic stories and adventures.

The ultimate goal is to become famous by amassing victory points. However, as a Mage Knight, you can acquire fame by being a good guy or a bad guy because, in this game, anything goes. Conquer cities to gain reputation or become a brutal dictator and use that influence to gain points. It’s your call. 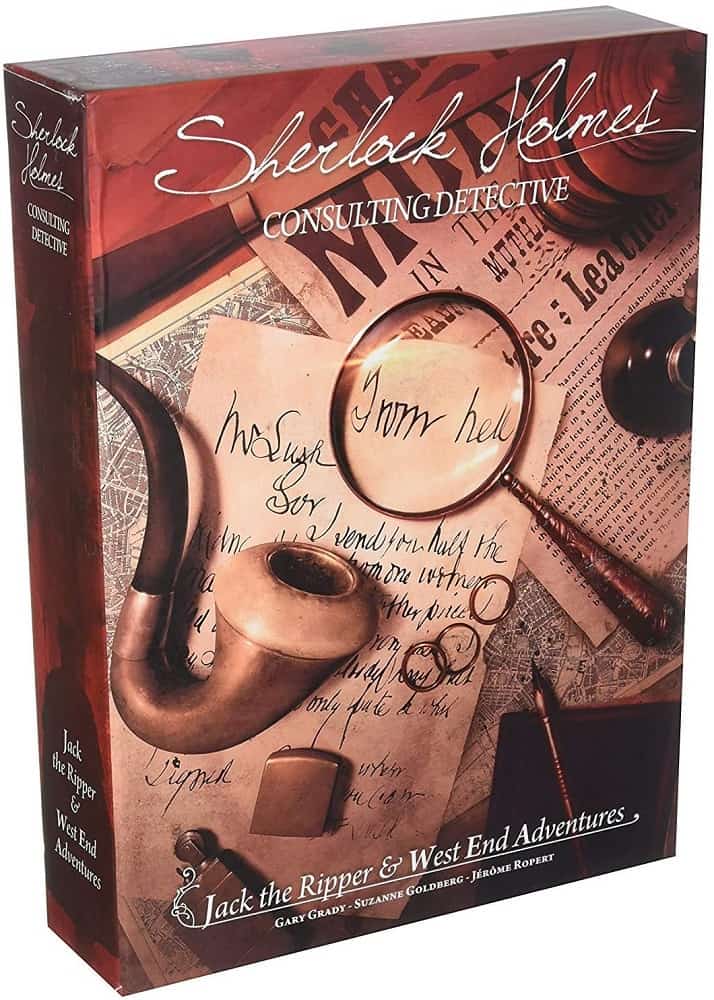 What better way to enjoy going solo than being a detective, working alone to solve several intriguing crimes? Let your detective skills shine with the Sherlock Holmes Consulting Detective game.

Choose from any of 6 one-off crime cases or four linked campaigns, all designed to put your mind to the test as you track down Jack the Ripper before another heinous murder goes down. You’ll need to pay close attention to details and call on your sleuth skills while following up on trails to solve the ten crimes.

Whether you choose to pursue the West End Adventures or tackle the infamous Jack the Ripper, playing the role of Sherlock Holmes means sniffing out and piecing clues together and listening to your gut. 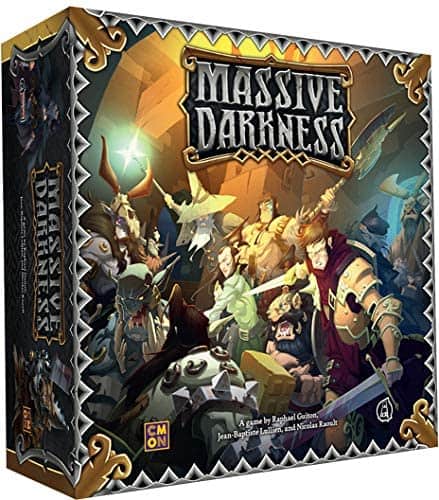 Evil is brewing underground, and rumor has it that it’ll soon spread and take over the world. The fate of the world is bleak, and only heroes will survive in this ultimate showdown. In Massive Darkness, you have the rare chance to be that hero and send the evil forces packing for good.

Choose a hero, select from 10 different campaigns, and head on a thrilling and challenging journey that will take you through dark tunnels and dingy dungeons. Explore the underworld and collect points to upgrade your hero, and then fight to conquer the darkness.

Avoid detection in shadow mode because brute strength alone won’t cut the deal. Defeating the ancient enemy and getting out alive will depend on how smart and cunning you are. 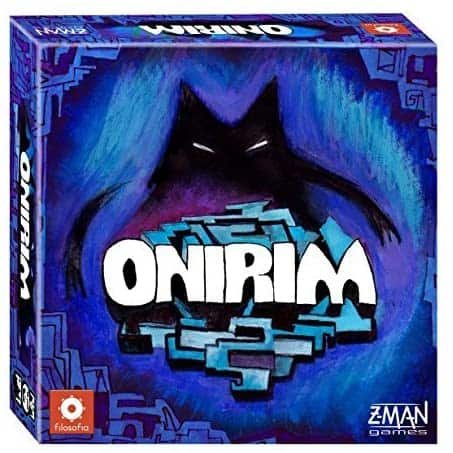 With an average of only 15 minutes of playtime, Onirim is an excellent choice if you want a game with great replayability.

There’s definitely no dull moment with this fast-paced board game as you race through the mysterious labyrinth of Onirim. The goal is to unlock every single door before you run out of cards.

This solo game can also be enjoyed with another player as you both cooperate to find doors that will take you further into the “Oniverse” of Onirim. It’s a simple game once you get the hang of it, but don’t be fooled by its simplicity. You can quickly lose track of time and immersive yourself in this game.

Another good thing about this game is that you don’t need to know the theme to play it. All you need is to unlock doors and escape or get trapped in a dream labyrinth forever! 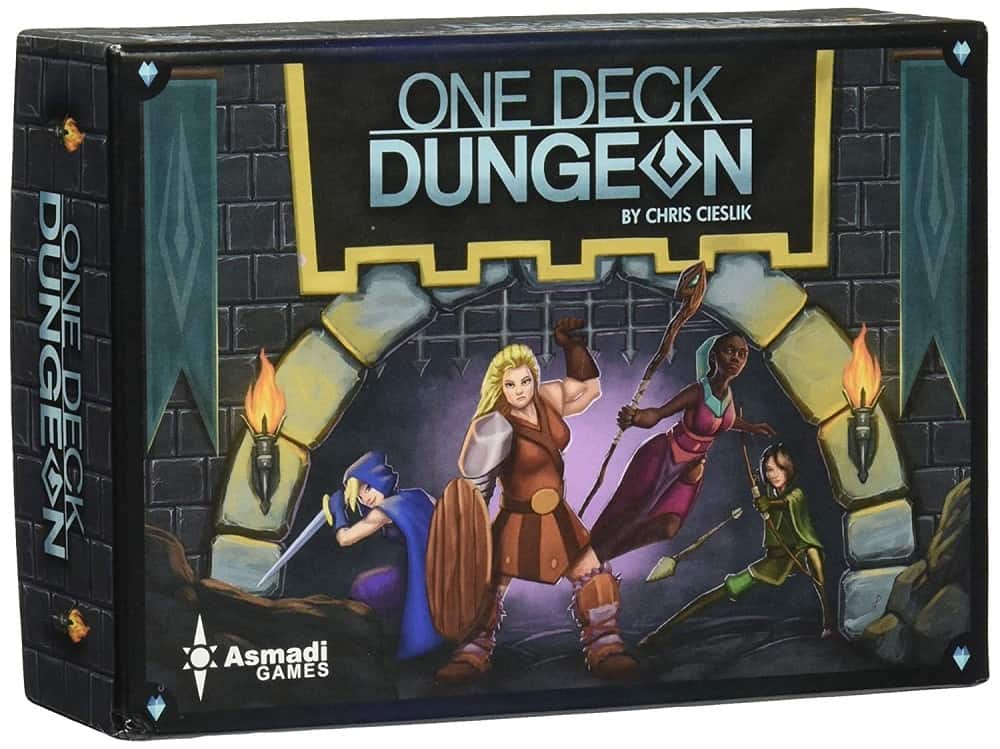 One Deck Dungeon is a fast-paced tabletop game suitable for players who enjoy rolling dice, jumping right in, bashing down doors, and taking out the bad guys!

An easy-to-learn and fun-to-play game, One Deck Dungeon consists of cards that depict the dangers and rewards of the game. Call on your thematic abilities and intuitive dice mechanics to defeat cards and claim them as items or skills.

Delve deeper to increase the game’s difficulty and experience more baddies. Fight and defeat the ultimate Dungeon boss to be a true legend. 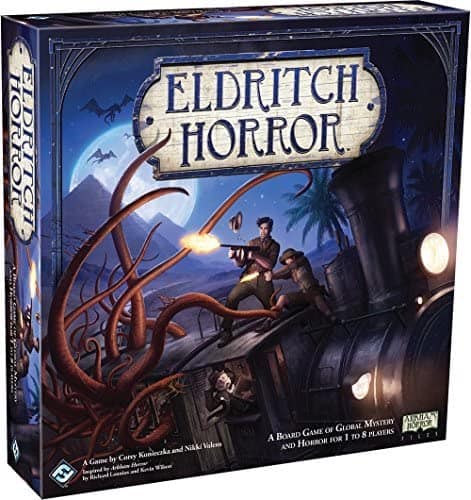 Want a solo board game that’ll send shivers down your spine? Perhaps Eldritch Horror, a game based on H. P. Lovecraft’s horror work, will do the trick.

Get ready to travel to other worlds in an unsettling adventure to solve unspeakable horror. With hundreds of possible combinations, this game offers you a unique and epic encounter every time as you battle to save the world from Ancient Ones.

The goal is to follow mysteries from Ancient Ones and banish them by solving puzzles and uncovering clues throughout the game.

Dare to play this horror board game alone or enlist the help of friends to cooperate. In any case, its narrative will immerse and draw you deeper to conquer each loathsome creature you meet. 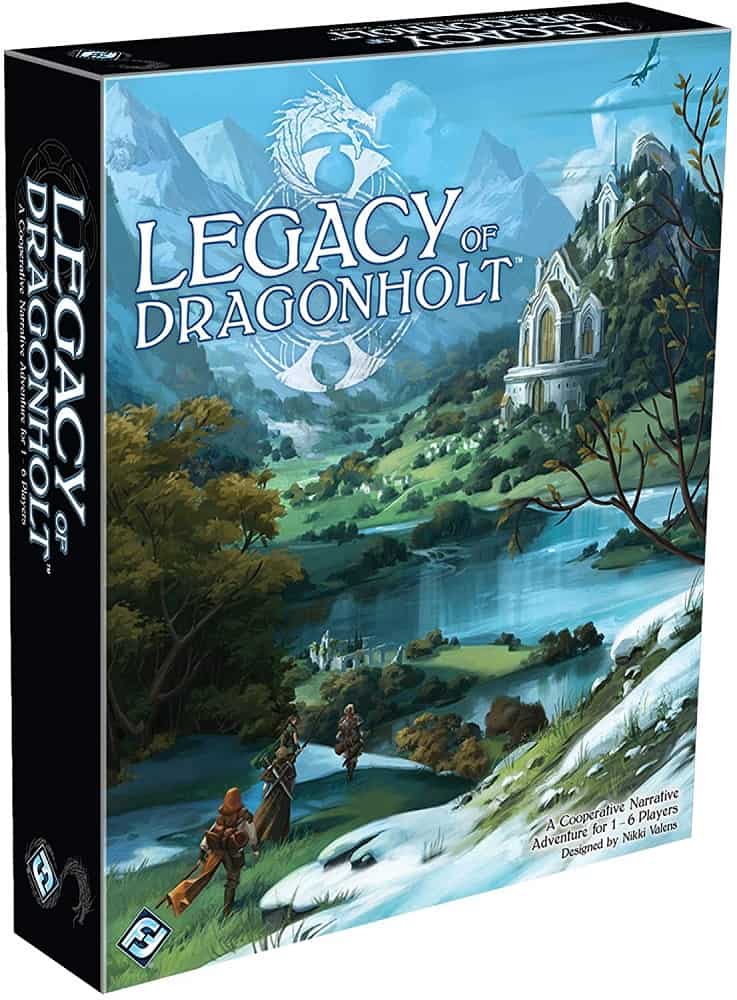 Would you dare to become the bold hero on a quest to unveil the mystery behind the death of Dragonholt’s heir? If that’s a yes, start by creating your own hero character for the epic adventure on Legacy Dragonholt game.

Set in the Rune bound universe, this solo board game is a first narrative adventure that gives you an immersive experience in RPG-style.

The game’s goal is not merely to win; instead, it is an adventure that lets you create a thrilling story that you’ll enjoy, whether with friends or alone, which is why it is a great solo game.

You’ll get to face the ultimate enemy eventually, but first, your character must gain experience and develop new skills as the game progresses.

Why Should You Play Solo Board Games? 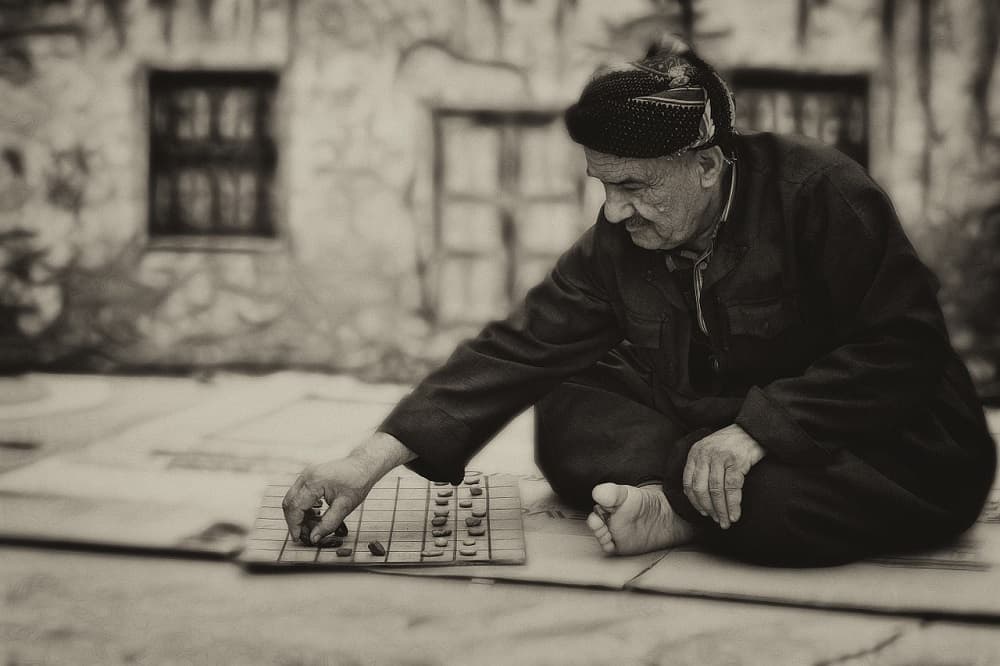 Playing board games by yourself doesn’t mean you don’t have any friends. Here are a few reasons to go solo with your favorite board games.

Playing by yourself gives you the chance to learn what works and doesn’t work and picking up the little nuances that can make all the difference. Like learning keyboard shortcuts in video games, there are several shortcuts to learn in board games, too.

The solo experience removes the element of distraction by other players as you learn the intrigues of the game.

The result is that you’re only familiar with a few aspects of the game. But when you play in solitaire mode, you can explore the game’s different universes without worrying about other players trying to outmaneuver you.

You can play over and over again to discover more worlds within the game as the joy of playing is not over, even when it’s “game over.”

You can bypass all of that frustration and have endless fun all by yourself when you play any of your favorite solo board games.

What’s the benefit of playing solo?

Playing solo board games allows you to have fun anytime you choose without having to wait for game night or until your friends choose to show up. It also lets you practice tactics and methods and to move at your own pace.

Why are some solo board games so expensive?

Gloomhaven and some other solo board games are pricier than many multiplayer board games because it costs more to produce and takes a lot of time to assemble.

Can I play solo board games with other players?

Yes, many board games can be played solo or with other players. The recommendations above can be played in solitaire mode or multiplayer mode.