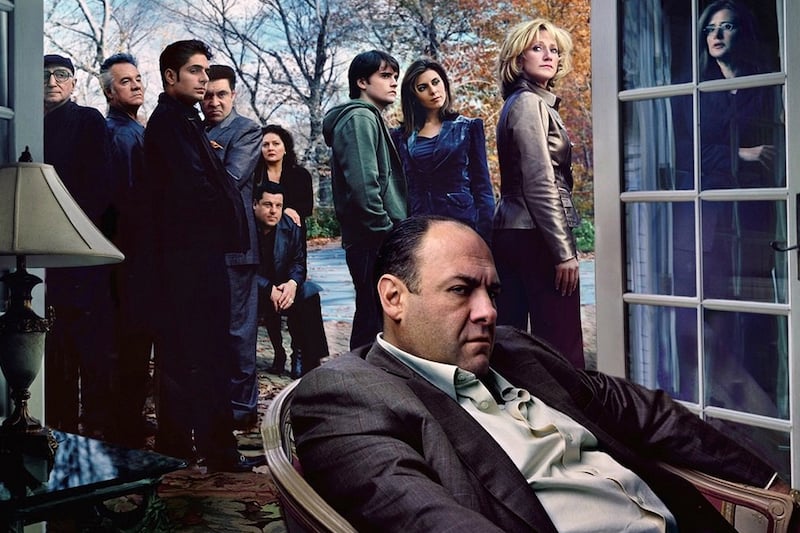 The 16 Best Sopranos Episodes of All Time

Considered the greatest series of all time, The Sopranos changed television and influenced the entire industry. Created by David Chase, the groundbreaking series aired from 1999 to 2007. The brilliant show follows the life of New Jersey mob boss Tony Soprano as he struggles to balance his home life with running a criminal enterprise. After suffering from severe depression and panic attacks, Tony sees a therapist to deal with his mental health. The series is famous for its incredible writing, all-star cast, and cinematography.

To celebrate The Sopranos and the impact it had, here’s a look at 16 of the show’s greatest episodes of all time.

The 16 Best Sopranos Episodes of All Time 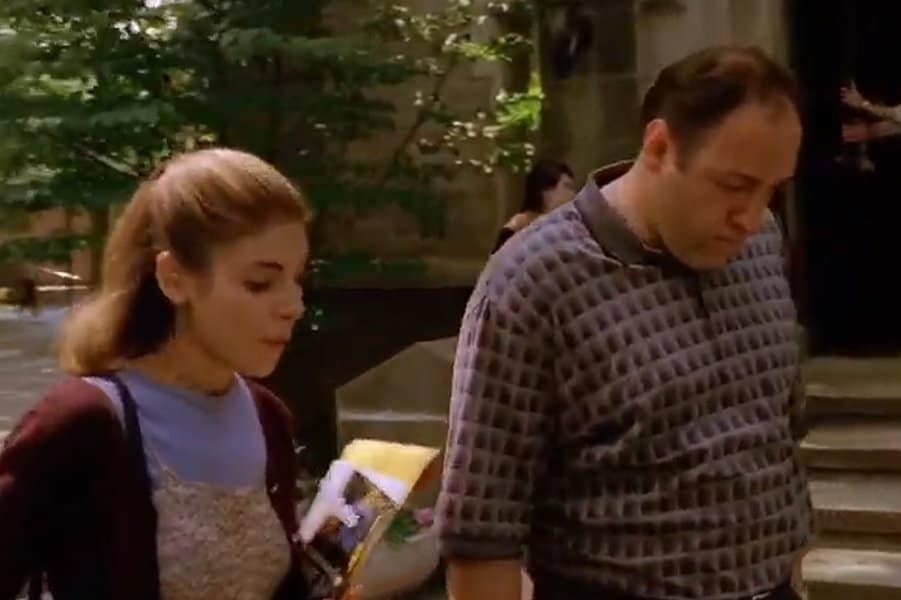 The season one episode “College” is often considered one of the best episodes in the series. Portrayed by the iconic James Gandolfini, Tony Soprano goes from a no-nonsense boss to a cold-blooded killer in the episode. The thrilling plot follows Tony and his daughter Meadow (portrayed by Jamie-Lynn Sigler) as they visit three colleges in Maine.

The situation quickly turns dire when Tony spots a former FBI informant, Febby Petrulio. Tony’s in a race against Febby as they hunt each other down. At the same time, Tony struggles to hide the search from his suspicious daughter. The brutal and violent ending helped launch the series to new heights. 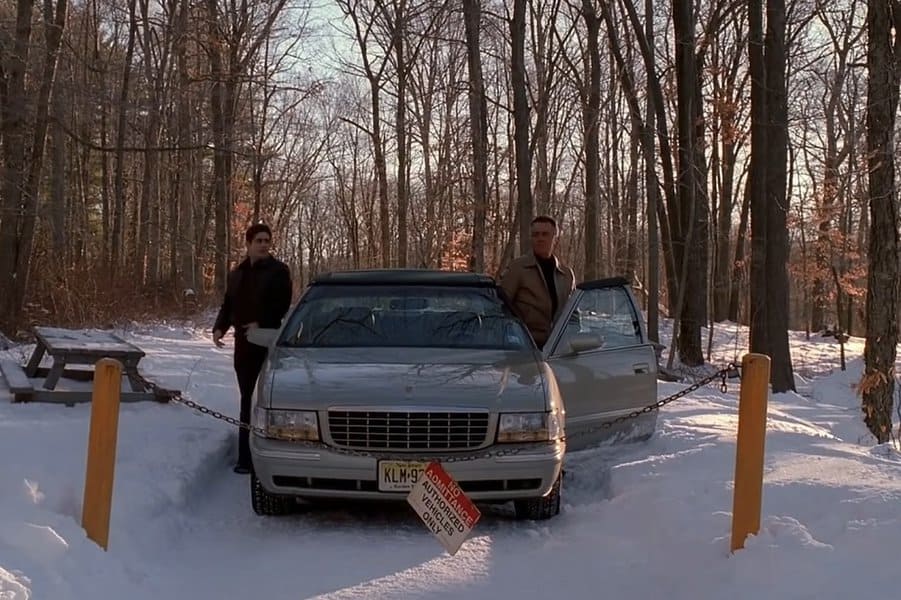 The critically acclaimed season three episode “Pine Barrens” is the perfect storm of comedy, violence, and mystery. All hell breaks loose when ruthless killers Paulie “Walnuts” Gualtieri and Christopher Moltisanti get lost in the Pine Barrens. In the episode, Tony tasks Paulie (portrayed by Tony Sirico) and Christopher to collect money from the Russian, Valery.

Of course, nothing goes to plan as Paulie starts a fight with Valery leading to his death. Paulie and Chris try to bury Valery in the Pine Barrens, but he’s still alive and escapes into the woods. In hot pursuit, Paulie and Chris soon lose track of where they are in the cold wilderness. The hilarious episode ties in Tony’s tumultuous relationship with Gloria Trillo, adding to the already tense situation. To this day, fans debate the mysterious fate of Valery, who is never seen again after escaping. 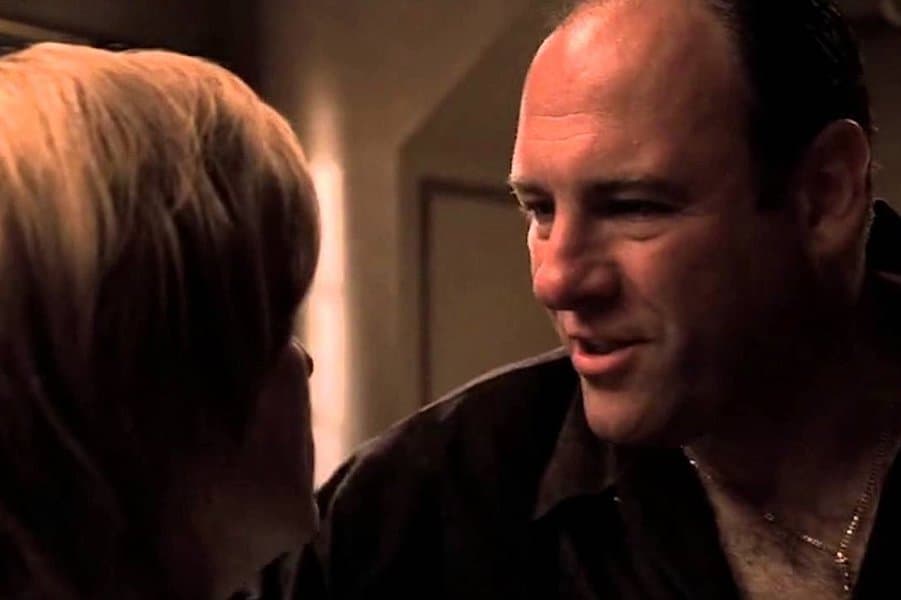 The Sopranos developed a reputation for ending the first three seasons with shocking deaths. However, they broke that tradition with the season four finale “Whitecaps.” Instead of a shocking death, it ends with Tony and his wife Carmella finally separating. Portrayed by Edie Falco, Carmella becomes fed up with Tony’s cheating and lies. Tony purchases a vacation home, Whitecaps, on the Jersey Shore for the family to enjoy.

However, Tony’s adultery and hoarding of money come back to haunt him when his former mistress phones Carmella. More intense than any death in the series, Tony and Carmella engage in an epic argument. It ends with Tony and Carmella separating and Tony moving out of the house. 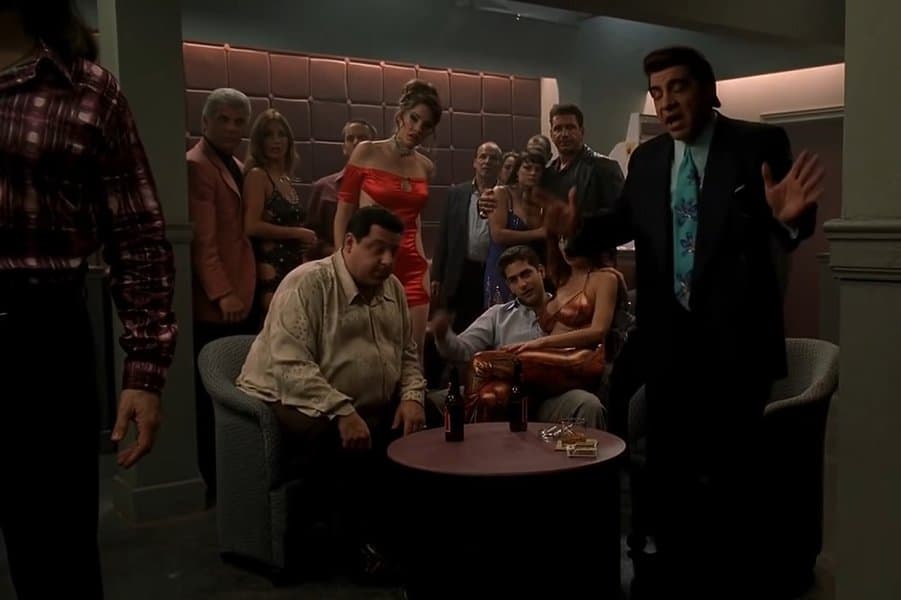 The Sopranos often pushed the limits and boundaries of television. For instance, the season three episode “University” is both critically acclaimed and controversial. The episode features two main storylines that reflect each other. The main plot revolves around a dancer, Tracee, at the Bada Bing. She attempts to be friendly with Tony, but he’s not interested. Plus, she’s in a relationship with the unstable Ralph Cifaretto.

The episode climaxes with Ralph violently murdering Tracee outside the Bada Bing. Tony breaks an important rule when he hits Ralph, a made man. In the same episode, Meadow struggles to keep her boyfriend, Noah, happy while tending to her roommate with severe depression. 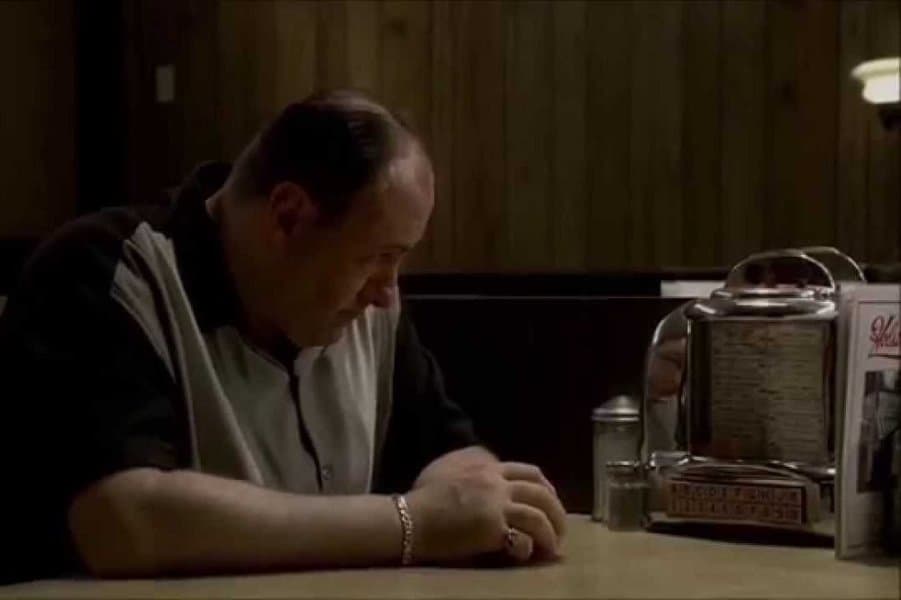 The series finale “Made in America” is one of television’s greatest and most debated finales. With Bobby Baccalieri dead and Silvio Dante in a coma, Tony Soprano remains in hiding from Phil Leotardo and his family. Eventually, Tony and his crew outsmart Phil and exact revenge. While the episode ties up many storylines, it also leaves several questions unanswered. The biggest question revolves around the fate of Tony Soprano.

The episode famously ends with Tony, Carmela, and their son AJ sitting in a diner as Journey’s “D0n’t Stop Believin” plays. As Meadow enters the restaurant, the scene suddenly cuts to black. Fans have debated Tony’s fate for years, with some speculating he was murdered in the diner and others believing he’s still alive. 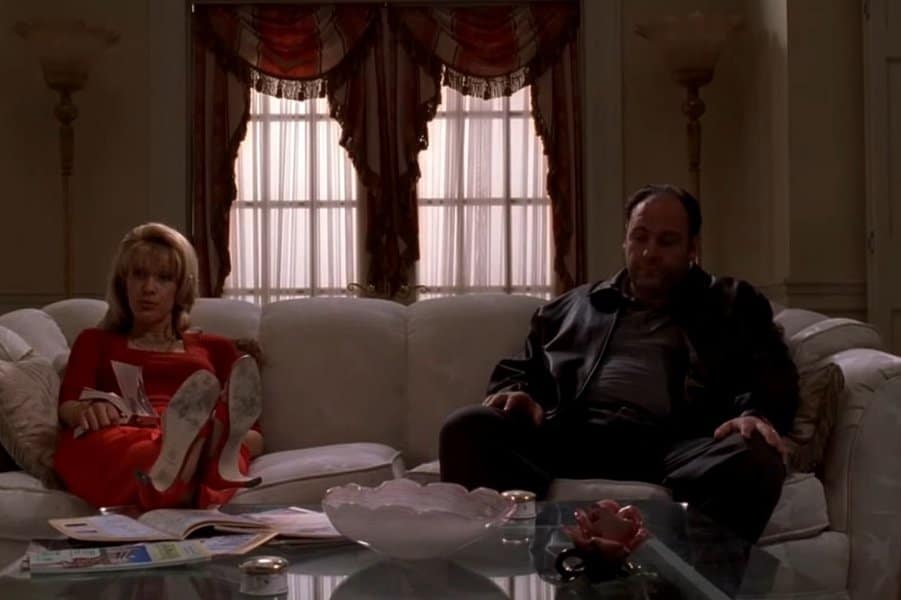 Season two of The Sopranos introduced one of Tony’s greatest enemies, Richie Aprile. Perhaps more significant, Tony’s big sister Janice Soprano debuts as well. From the moment they show up, Richie and Janice are a pain in Tony’s backside. It gets worse when they rekindle their old relationship.

In “The Knight in White Satin Armor,” Tony and Richie are on a collision course. Before either one can make a move, Janice surprisingly steps in to save her brother. After a brief argument about their upcoming wedding, Richie punches Janice in the face. An enraged Janice then murders Richie in her mother’s dining room, setting the stage for more shocking deaths. 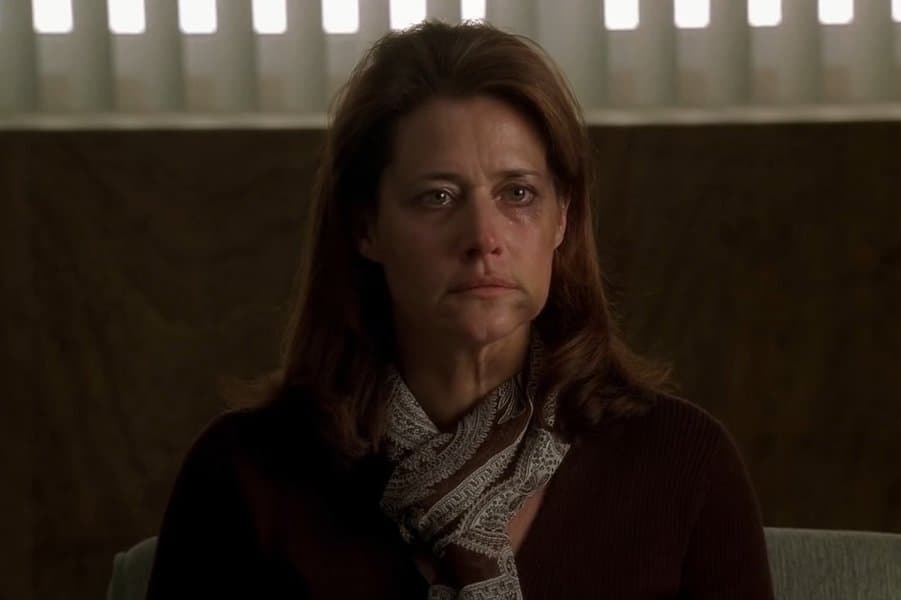 After suffering a series of panic attacks, Tony begins therapy sessions with Dr. Jennifer Melfi (portrayed by Lorraine Bracco). Melfi and Tony face many ups and downs while forming a bond that lasts until the final season. However, season three tests Melfi’s morals and values in the critically acclaimed episode “Employee of the Month.”

Melfi is brutally attacked and raped one evening in a parking garage. The traumatizing event worsens when police make a mistake in the chain of custody and let the perpetrator go. After an intense dream, Melfi realizes she could easily have the rapist killed by telling Tony. In one of the most iconic endings in the series, Melfi chooses not to tell him. 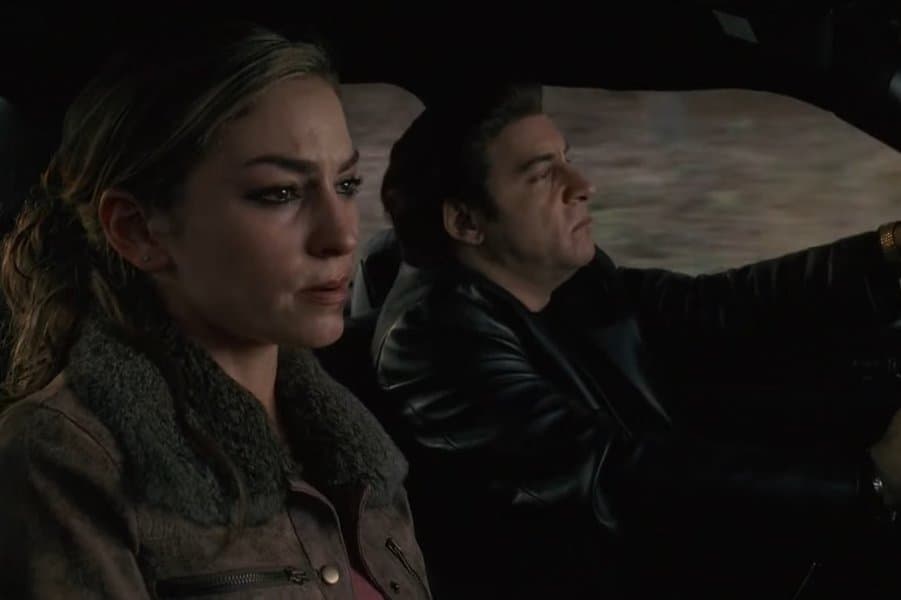 Portrayed by Michael Imperioli and Drea de Matteo, respectively, Christopher Moltisanti and Adriana La Cerva had a tumultuous relationship. They seem madly in love but their relationship was very violent and toxic. Toward the end of season 3, the FBI approaches Adriana, forcing her to become an informant. It all explodes in the season five episode “Long-Term Parking.”

It features several nail-biting scenes, notably when Adriana finally tells Christopher she’s working for the FBI. Written by Terrance Winter, the episode ends in a heartbreaking and chilling scene as Silvio Dante stalks Adriana in the woods.

See more about - 15 Best Criminal Minds Episodes Of All Time 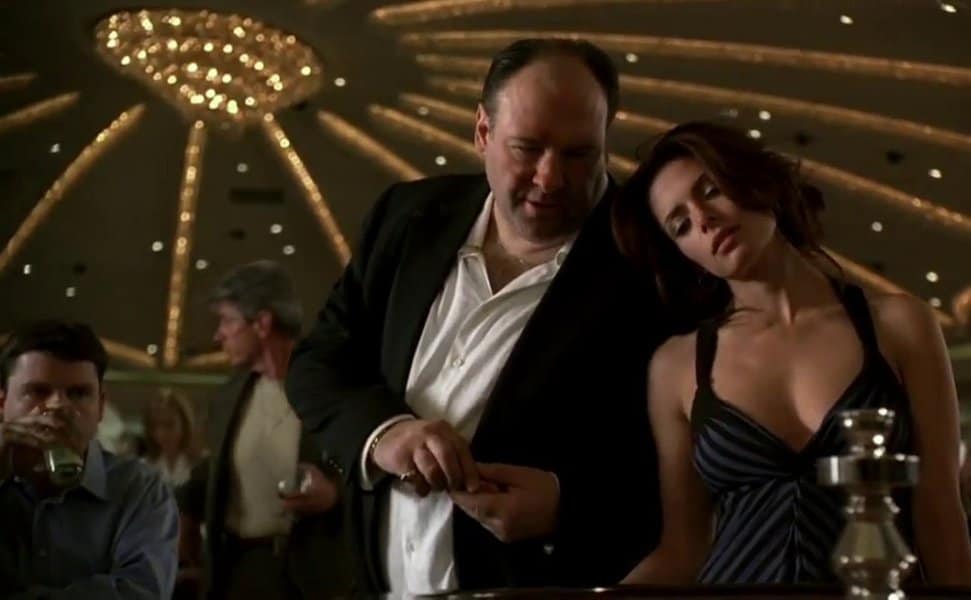 Tony Soprano committed many murders in the series. However, he crossed the line with many fans when he added his nephew Christopher to the list. Since the beginning of the series, Christopher idolized Tony and would do anything for his approval. However, Chris’s drug problems changed their bond.

In the season six episode “Kennedy and Heidi,” Tony shockingly kills Chris after a car wreck. Throughout the episode, Tony struggles with his lack of sadness and lack of remorse. 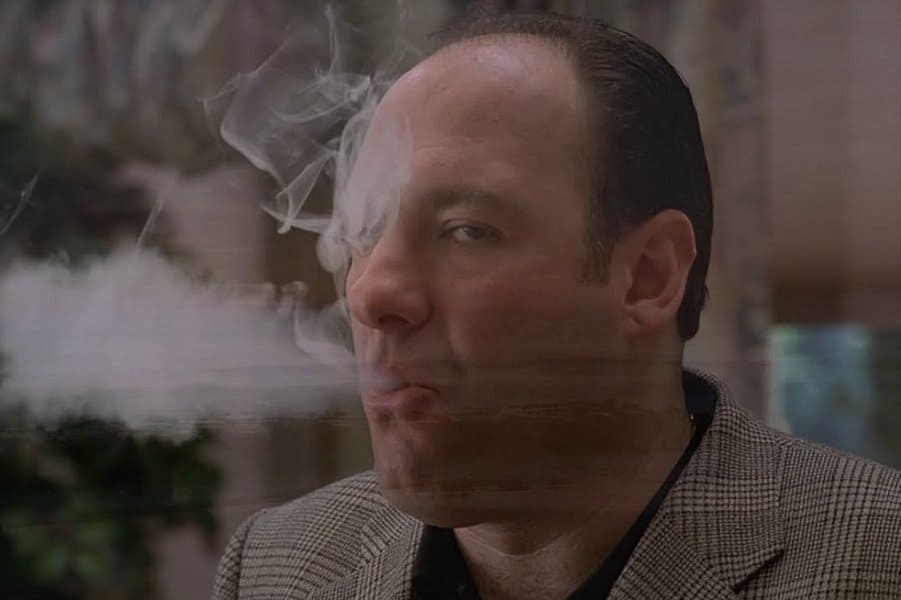 Tony Soprano often has surreal and strange dreams that reveal more about his mind. The season two episode, “Funhouse,” is the first to feature a series of dream sequences. After eating at two restaurants in one night, Tony becomes violently ill and has intense fever dreams.

While Tony blames the food, his subconscious is telling him that his suspicions about Sal “Big Pussy” Bonpensiero are correct. Tony suspects Sal is an FBI informant after his disappearance and sudden return. The famous episode ends with a shocking death and Tony’s arrest. 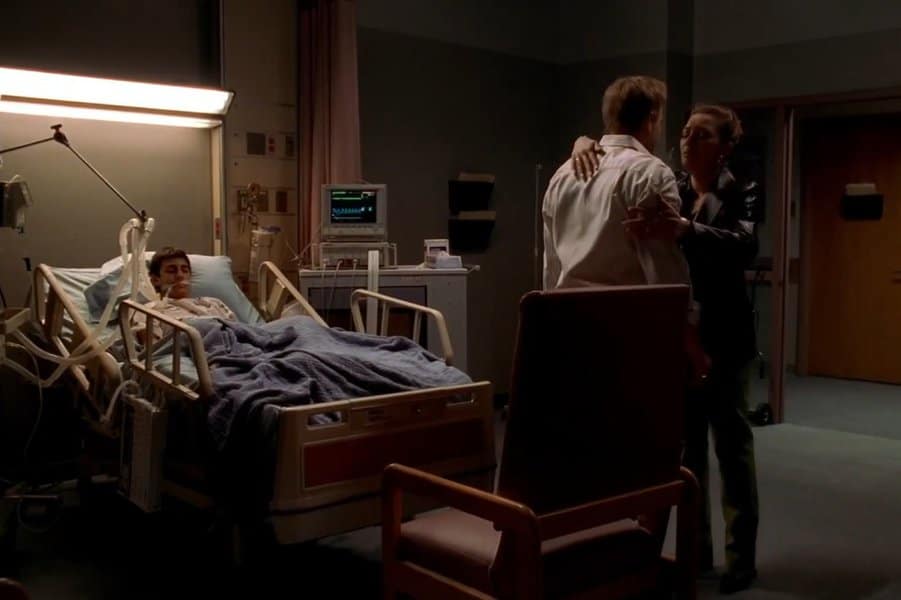 Tony has several enemies throughout the series, but few compare to Ralph Cifaretto. The tension between the two has been building since Ralph brutally murdered Tracee. Their friendship finally reaches breaking point in the season four episode “Whoever Did This.”

The episode features the cold-hearted Ralph at his most vulnerable due to an accident involving his son. Regardless, Tony suspects Ralph killed their racehorse Pie-O-My to collect the insurance. It leads to an epic confrontation and fight in Ralph’s kitchen. 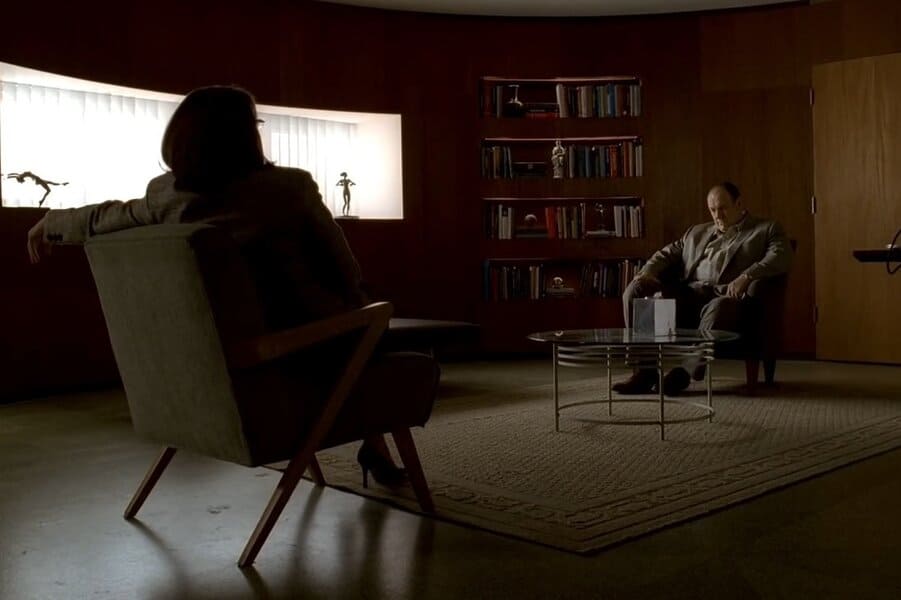 In addition to being a series about a New Jersey mob, The Sopranos often deals with mental health. Throughout the final season, AJ Soprano (portrayed by Robert Iler) struggles with depression and suicidal thoughts after the end of his relationship. It reaches its peak in “The Second Coming” when AJ attempts suicide.

In a tense moment, Tony returns home to find AJ screaming for help in the pool. The heartbreaking episode deals with a relatable mental health issue. 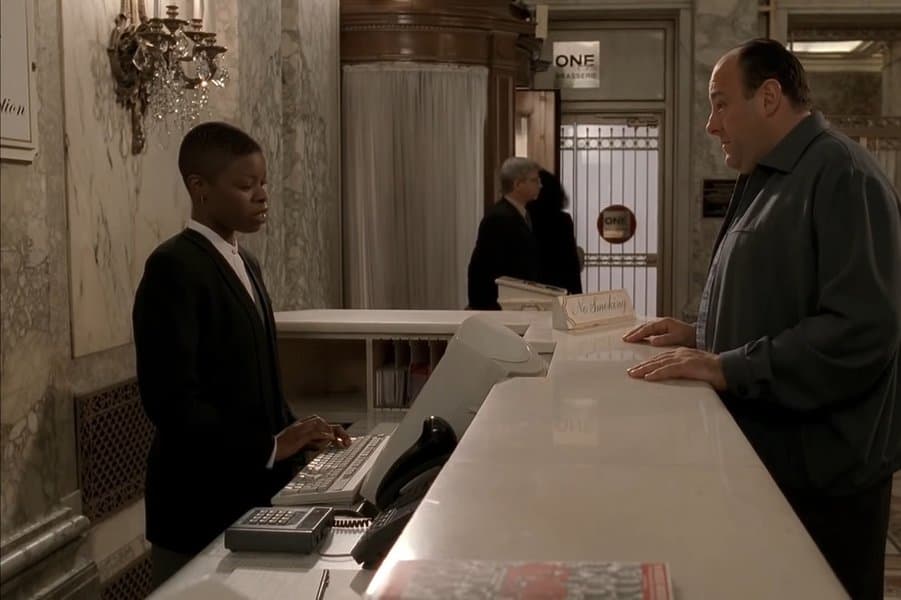 By season five, Tony’s life has changed drastically. He’s separated from Carmella, his mother has passed away, and his cousin Tony Blundetto (portrayed by Steve Buscemi) is out of prison. Tony feels immense guilt for Tony B going to jail, so he goes extra easy on him. However, Tony pays the price for his decision.

The season five episode “The Test Dream” is famous for featuring a 20-minute uninterrupted dream sequence. Once again, Tony’s subconscious tries to warn him. In this case, it’s about his cousin. The surreal dream sees the return of several characters from the show’s past. 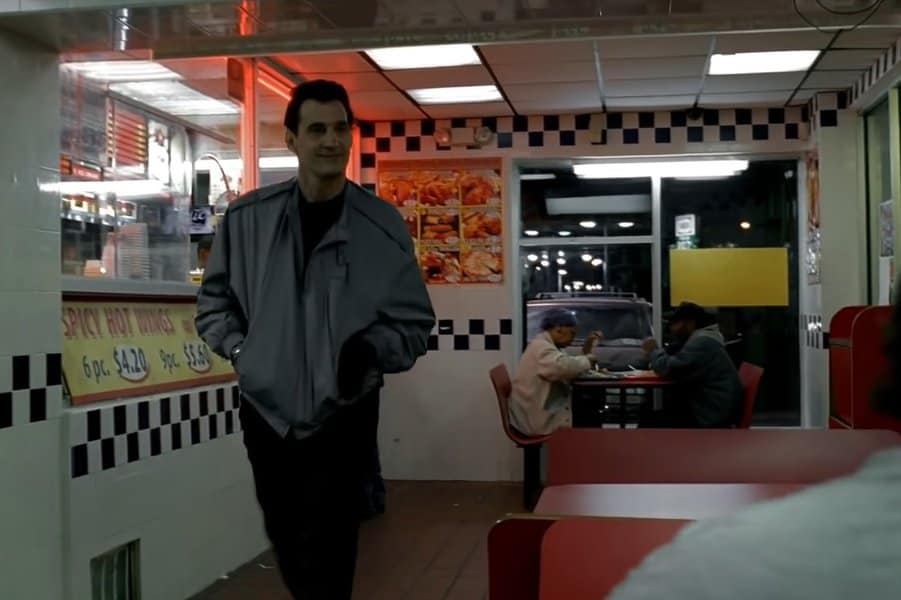 The final season of The Sopranos started with a bang. After a long break between seasons, season six wasted no time shocking fans. The episode “Members Only” revolves around Eugene attempting to get out of the organization and retire to Florida with his family. When Tony doesn’t let him go, he takes his own life. However, the episode had one more surprise left for fans.

As Uncle Junior’s mental health deteriorates, Tony refuses to get him assisted living. The episode ends with a confused Junior shockingly shooting Tony, putting him in a coma. 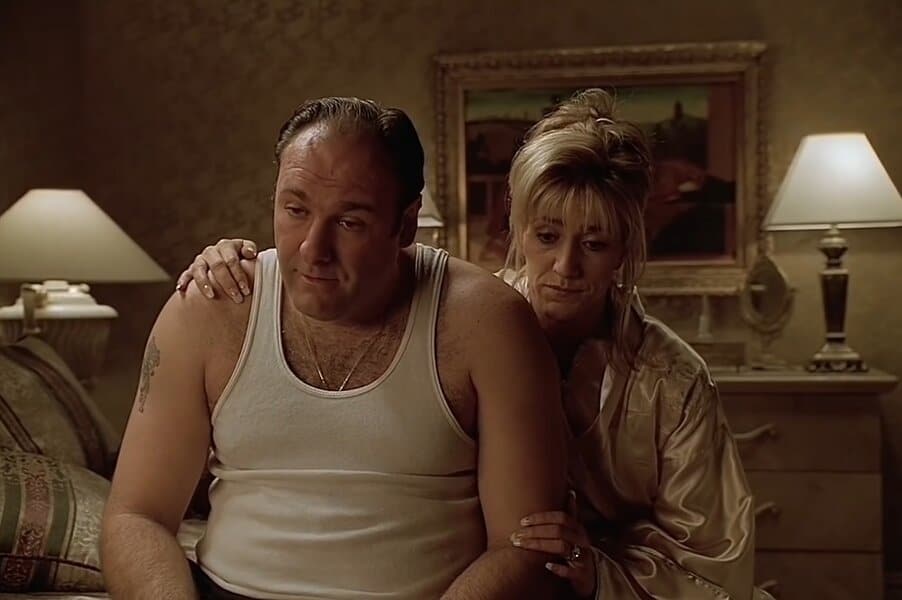 The season one finale, “I Dream of Jeannie Cusamano,” establishes the series’ shocking deaths and twists. Initially, the series revolves around Tony’s complicated relationship with his overbearing and vengeful mother, Livia Soprano. After Tony puts her in a retirement community, she conspires with Corrado’s “Uncle Junior” Soprano to kill Tony.

The season one finale focuses on Tony exacting revenge on Junior’s crew. It climaxes with Tony going to the retirement home to presumably smother his mother with a pillow. Instead, she has a stroke saving her from Tony’s wrath. 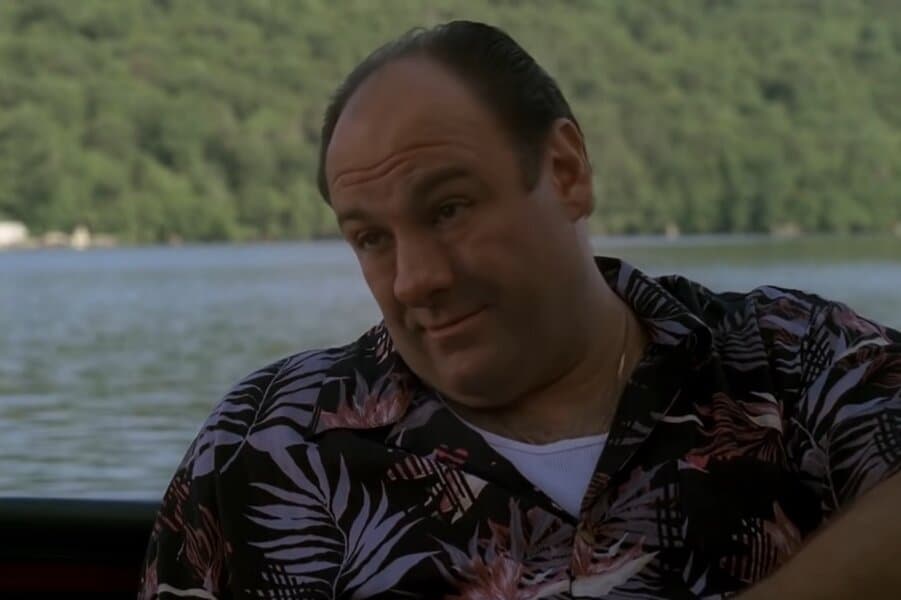 With the threat of prison looming, Tony and Carmella go upstate to visit Bobby and Janice’s cabin to celebrate Tony’s birthday. After a wild night of drinking, karaoke, and Monopoly, Bobby (portrayed by Steve Schirripa) beats the tar out of Tony after he insults Janice one too many times. Despite beating up the boss of the family, Bobby earns Tony’s respect after he carries out his first murder.

See more about - 24 Best X-Files Episodes Of All Time