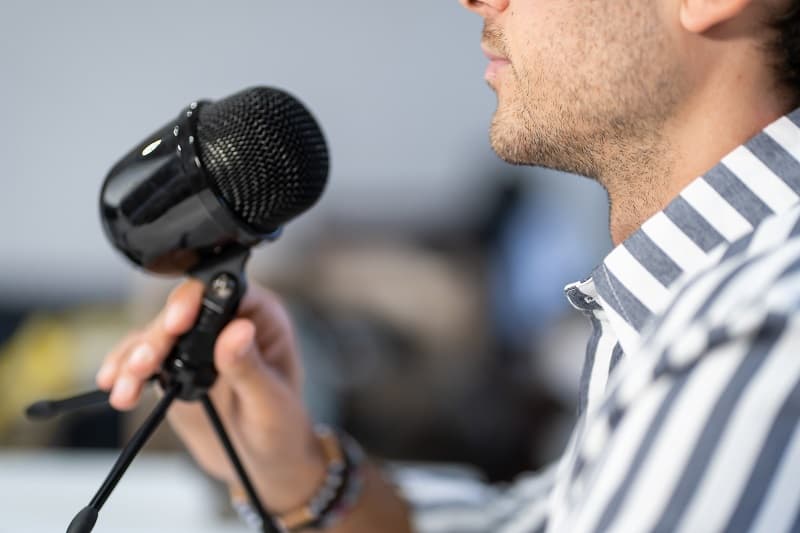 20 Best Sports Podcasts You Need To Listen To

There is a lot of division in the world today around politics, health, and culture. However, there is one thing that brings every parent, child, friend, and enemy together: sport! Sports are a big part of every culture around the globe. It often unites cities or entire countries as they support their athletes and teams. The sports vary depending on the country, but the passion is always the same. Fans can’t get enough of their favorite sports and athletes. Luckily, several popular sports podcasts cover all the sports and news around the globe.

Sports documentary podcasts look at specific moments and events in history. Some podcasts focus on one sport, such as American football, basketball, baseball, or association football. At the same time, many podcasts feature famous sports personalities and journalists discussing all the latest sports news and happenings.

The best sports podcasts feature expert analysis, fascinating interviews, and well-known stories. At the same time, the hosts often inject their engaging personalities and witty sense of humor into each episode. Here is a look at the 20 best sports podcasts you need to listen to. 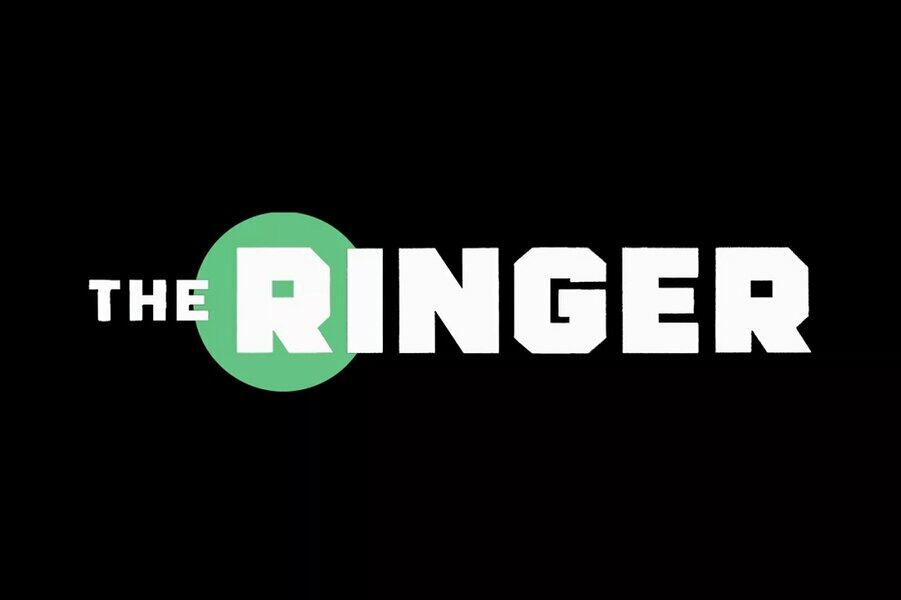 The Bill Simmons Podcast is a must-listen for all sports fans. Simmons has a brilliant mind for sports and offers the best analysis, opinions, and in-depth conversations. Throughout Simmons’s long and illustrious career, he’s worked for ESPN, hosted the B.S. Report, and hosted Any Given Wednesday on HBO. 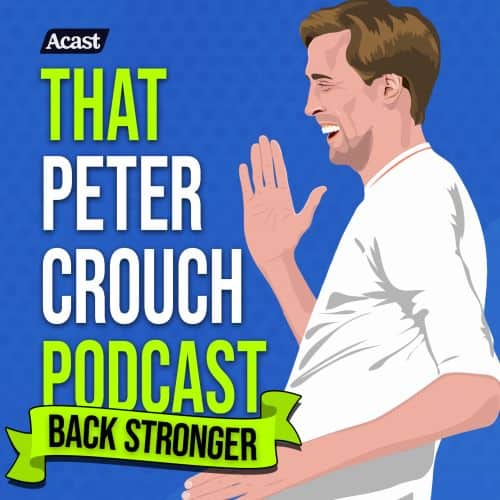 Amassing over 12 million listeners, The Peter Crouch Podcast is among the best online. Hosts Peter Crouch and Chris Stark bring listeners into the fascinating life of a pro footballer. However, the podcast doesn’t just deal with the latest news and scores. In fact, each episode focuses on a different aspect of soccer, such as goalies, penalties, and dressing rooms.

Crouch first gained fame as a star in the Premier League and played for England’s national team at two World Cups. If anyone’s an expert on the life of a professional footballer, it’s Peter Crouch. 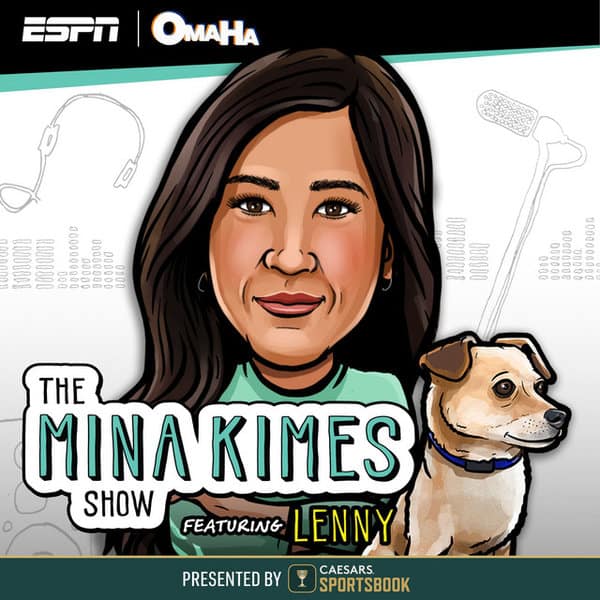 Growing up, Mina Kimes and her father formed a close bond over their love for the Seattle Seahawks. It was then that Kimes’ love for football began to take shape. She turned that love into a successful career as an NFL Live analyst and writer for ESPN. She also hosts the popular podcast The Mina Kimes Show featuring Lenny.

Kimes discusses the latest news, stories, and gossip in the NFL with her various guests. The highlight of the podcast is Kimes hilarious sense of humor and her phenomenal co-host and pet, Lenny the dog. 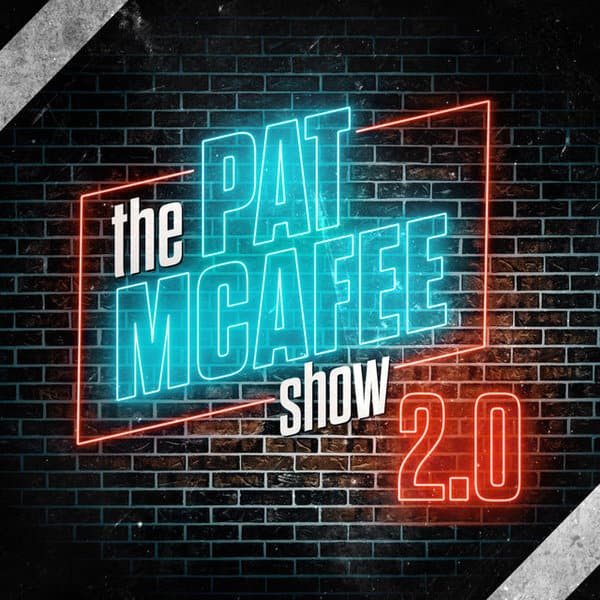 Looking for the very best sports talk podcast with exciting personalities and fascinating guests? Then The Pat McAfee Show 2.0 is the one for you. Pat McAfee has done it all, including playing in the NFL, working for ESPN, and performing in the WWE as a commentator and wrestler.

Naturally, he hosts one of the best podcasts available on Youtube and Apple Podcasts. McAfee’s an engaging personality who has excellent chemistry with his co-hosts and world-renowned guests. 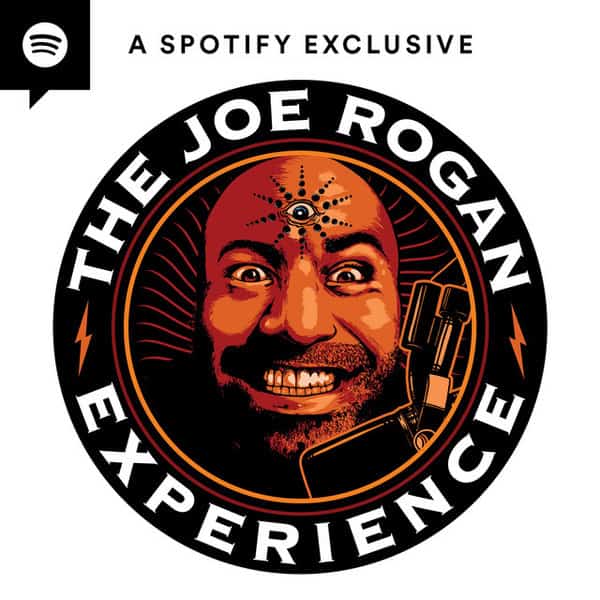 The Joe Rogan Experience is among the most popular and controversial podcasts today. Rogan is best known as a UFC color commentator, stand-up comedian, and podcast host. He often gives his opinions on the latest news in UFC and MMA with the top fighters of all time. However, his podcast is more than a sports podcast.

Rogan also discusses world events and the latest news. He interviews a wide range of athletes, comedians, and celebrities. His past guests include a wide range of celebs, such as George St. Pierre, Bill Burr, Bernie Sanders, Francis Ngannou, Elon Musk, and more. 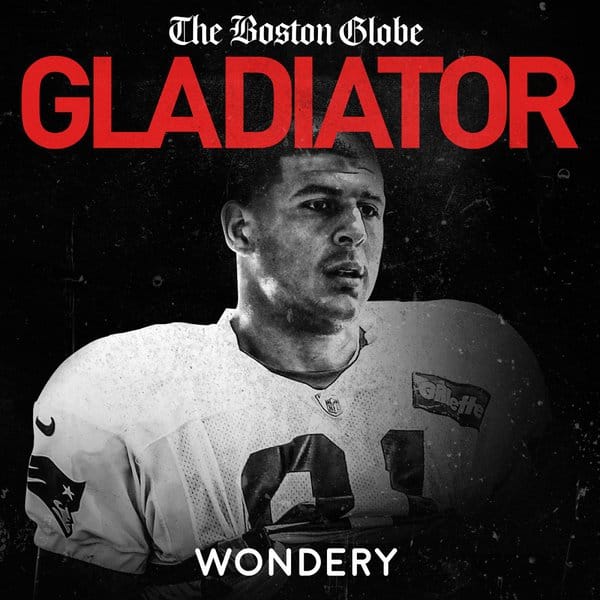 During the NFL offseason in 2013, police arrested New England Patriots tight end, Aaron Hernandez, for the murder of Odin Lloyd. The news sent shockwaves throughout the NFL, but that was only the beginning.

The Boston Globe dug deep into the case, which led to a critically acclaimed story and podcast. Gladiator: Aaron Hernandez and Football Inc. investigates the puzzling murder, trial, and aftermath. The team dives into his NFL career, celebrity lifestyle, personal life, and possible motives in this gripping true-crime and sports podcast. 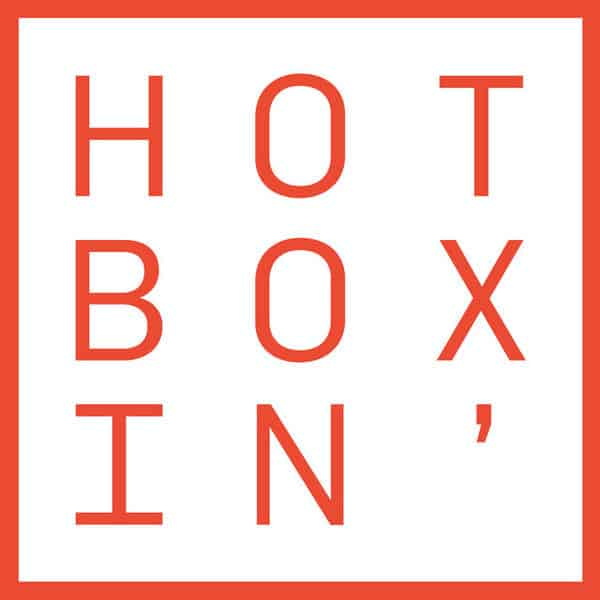 Take the baddest man on the planet, some cannabis, a podcast, roll it up, and you get Hotboxin’ with Mike Tyson. Tyson is one of the greatest yet most controversial boxers of all time. He brings that same attitude to his massively popular podcast.

Tyson’s unique insight, personality, and opinions are on display in his compelling podcast. He has in-depth and engaging conversations with fascinating celebrities, including Fat Joe, Warren G, Bill Burr, David Spade, and more. 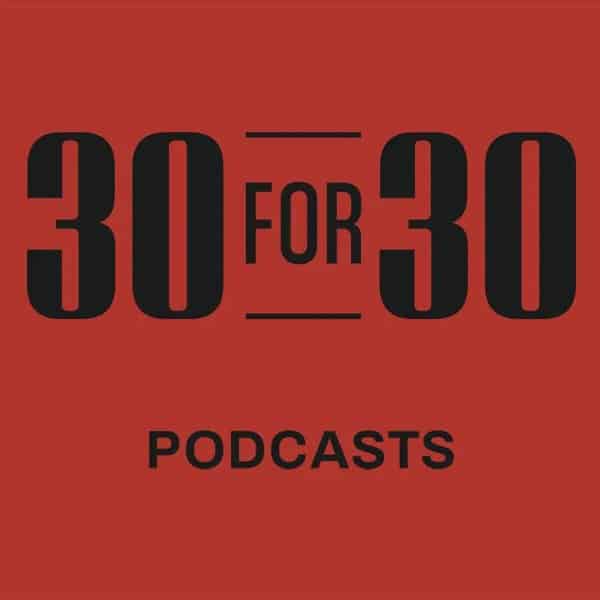 ESPN’s 30 for 30 is a documentary series that looks at groundbreaking athletes, fascinating individuals, notorious events in history, and sports moments that transcend time. The series expanded into a top-rated podcast of the same name, which took a slightly different approach.

The series features stand-alone episodes and serialized stories spanning the whole season. The podcast covers several important stories and events, including a look at women’s gymnastics, the birth of the UFC, and the Miami Heat posing in hoodies five weeks after the tragic murder of Trayvon Martin. 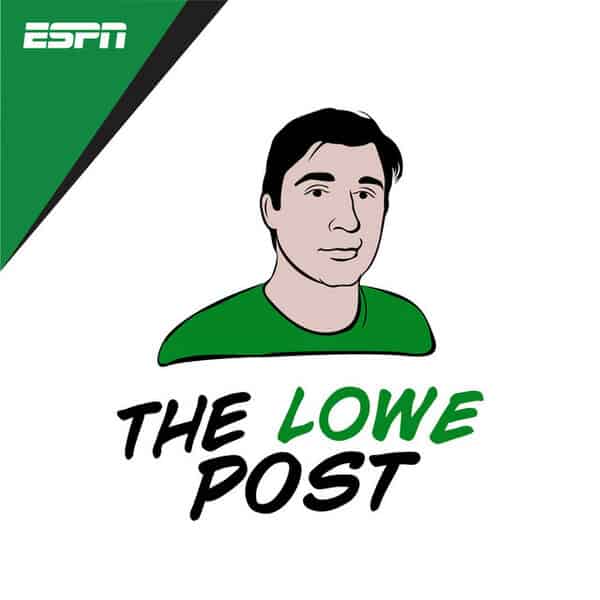 NBA fans will instantly become addicted to The Lowe Post podcast. Host Zach Lowe has casual conversations with the top coaches, players, and journalists about the NBA and basketball.

Unlike most sports podcasters, Lowe has a background as a crime reporter and brought that style of writing to Grantland and ESPN. After signing a major multi-year deal with ESPN, Lowe launched the Lowe Post, which exploded in popularity. 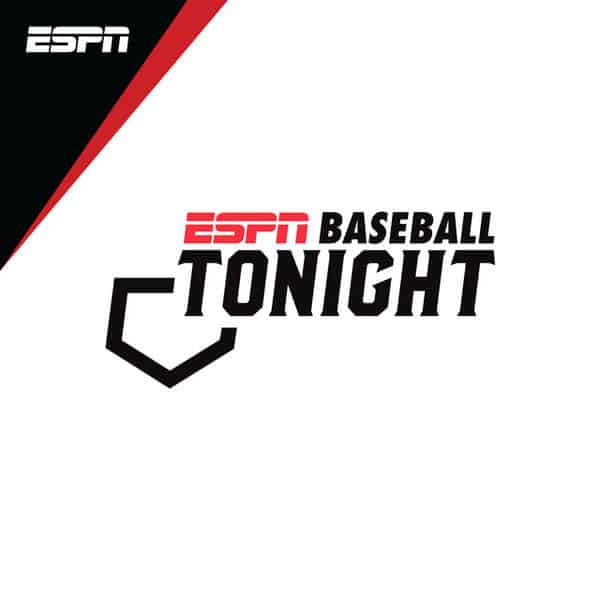 The television show, Baseball Tonight, has been a staple of ESPN since debuting in 1990. The daily podcast Baseball Tonight with Buster Olney is a spin-off of the radio show and TV program of the same name. 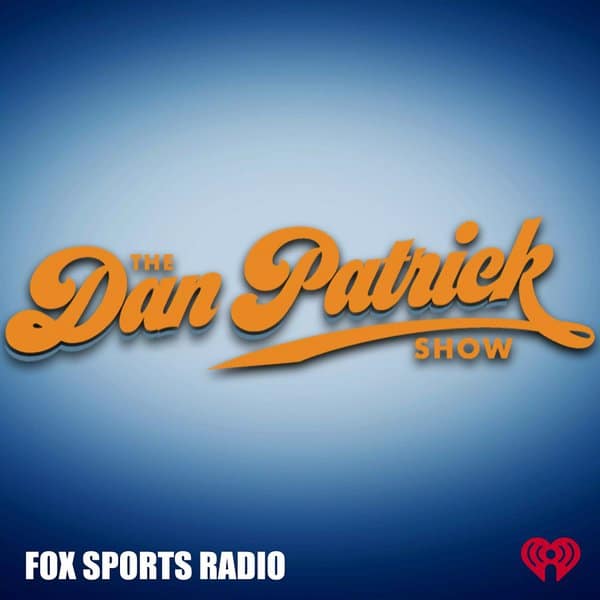 Radio personality Dan Patrick is one of the kings of sports talk. Since 2007 he’s hosted the critically acclaimed radio broadcast The Dan Patrick Show. PodcastOne distributes the show, which currently airs on Fox Sports Radio, SiriusXM, and Peacock.

Patrick is famous for his witty and irreverent sense of humor. He doesn’t hold back during interviews and doesn’t restrict his guests. He loves to share his opinion on all sports news, results, and scores, no matter how angry it makes fans.

12. Against All Odds With Cousin Sal 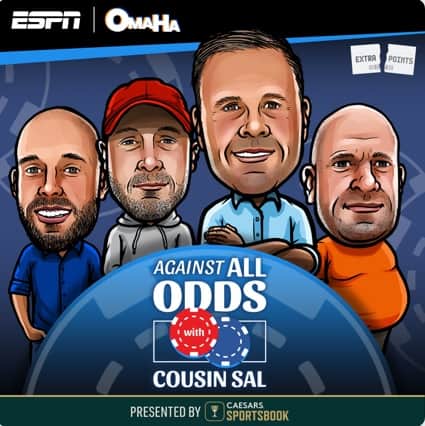 Anyone interested in sports betting needs to give Against All Odds with Cousin Sal a listen. Sal Iacono first gained fame on his cousin Jimmy Kimmel’s late-night talk show Jimmy Kimmel Live! He’s also a regular on the Bill Simmons Podcast and discusses sports betting, news, and the Dallas Cowboys.

In 2020, he launched the sports betting website Extra Points, which also distributes his podcast. Cousin Sal hosts Against All Odds with his three childhood best friends to discuss sports betting and recent major gambling events.

13. The Herd With Colin Cowherd 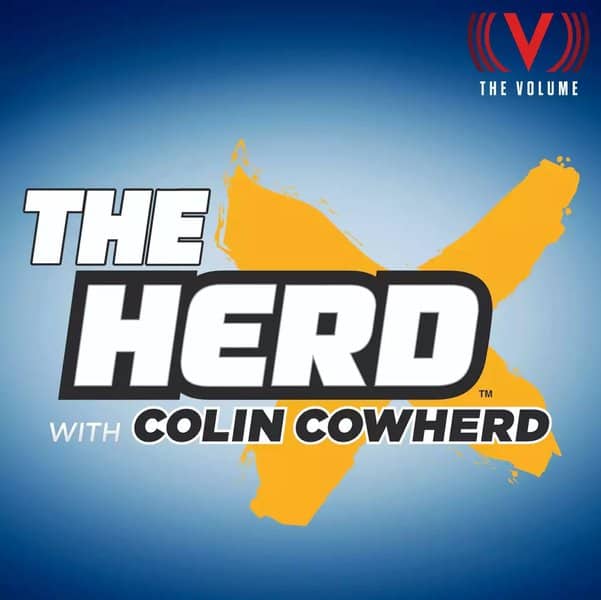 Few sports talk podcasts compare with The Herd with Colin Cowherd. He’s the sometimes controversial master of the sports talk format. After working for ESPN for years, he left to work with Fox Sports.

The popular podcast focuses on the NFL and football but often discusses other sports, world news, and pop culture topics. Cowherd and his co-host discuss their interesting perspectives and opinions about all the NFL and sports news. Plus, he also has the top athletes, coaches, and celebrities as guests on the show. 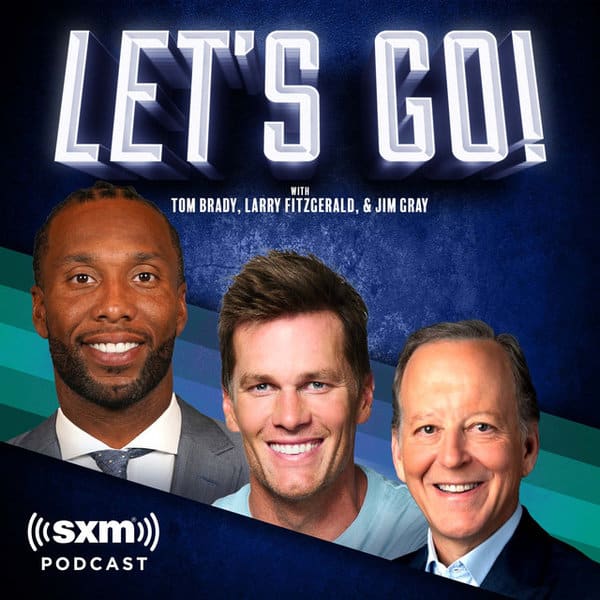 The greatest quarterback in football history, a hall of fame journalist, and one of the greatest NFL receivers formed the ultimate podcast dream team. Let’s Go! with Tom Brady, Larry Fitzgerald, and Jim Gray is the ideal podcast for NFL fans.

The three legendary sports figures have in-depth conversations about their careers, current news stories, and significant events. It’s the type of podcast NFL fans have dreamt of for years. 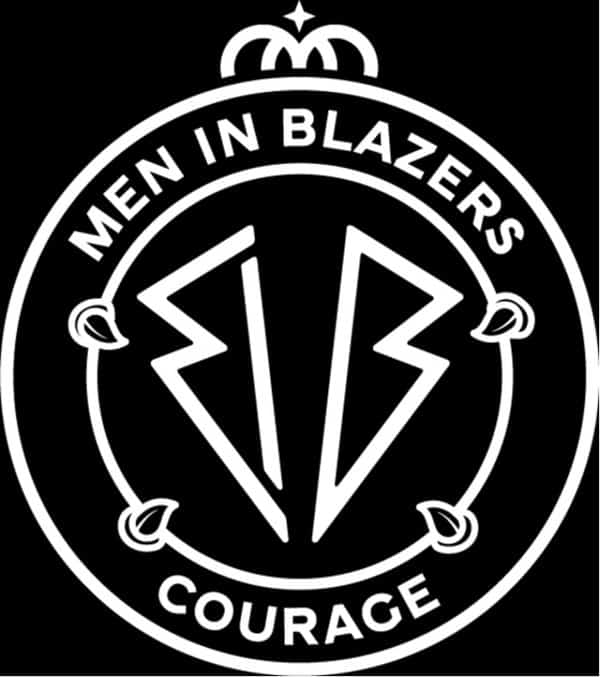 In 2006, Michael Davies and Roger Bennett met at a wedding reception in New York. They bonded over missing the FIFA World Cup final due to the reception. Their friendship and love for soccer eventually led to the creation of the Men in Blazers podcast.

The co-hosts discuss football globally but focus on American soccer. In addition to the popular podcast, Davies and Bennett give out a golden blazer to individuals helping make soccer popular in the US. 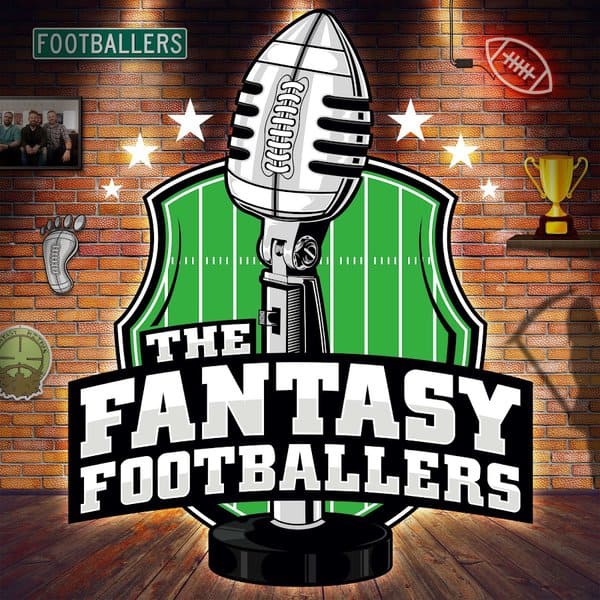 When it comes to fantasy football, nothing beats the Fantasy Footballers podcast. It’s the number one stop for fantasy football advice as they break down games and offer analysis.

Hosts Andy Holloway, Jason Moore, and Mike Wright launched the podcast in 2015 to rave reviews. Most critics agree that the Fantasy Footballers podcast is one of the best sports podcasts.

17. The Right Time With Bomani Jones 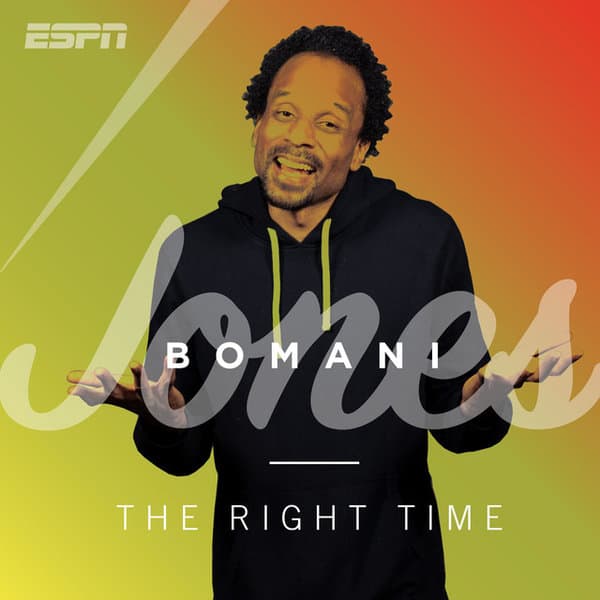 ESPN Radio features several popular podcasts, but few are on the same level as The Right Time with Bomani Jones. Jones is a popular ESPN personality that has appeared on numerous shows, including Highly Questionable, Outside the Lines, and Around the Horn.

Jones began to host The Right Time on ESPN Radio before moving to the podcast. He often discusses daily sports news, pop culture, and other stories from around the world. 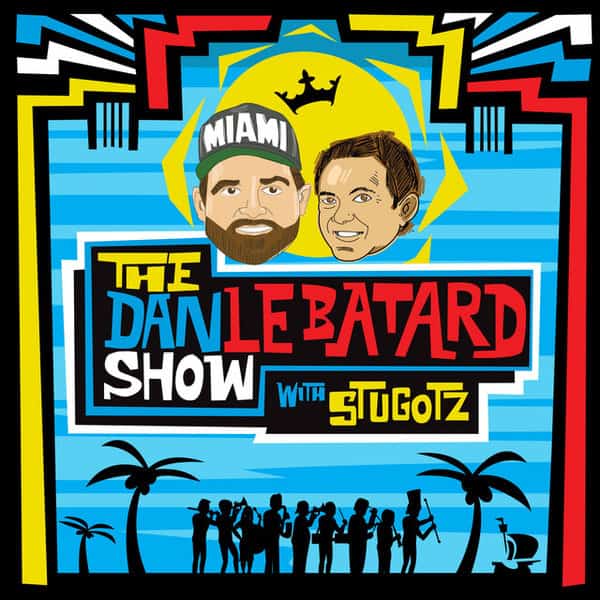 The Dan Le Batard Show with Stugotz started as a radio show on several different stations and ESPN platforms before becoming a top-rated podcast. Hosts Dan Le Batard and Joe “Stugotz” Weiner bring their unique self-deprecating humor, expert sports analysis, and engaging personalities to the world of the sports podcast.

The host’s incredible chemistry shines through as they discuss the latest sports news, pop culture happenings, and world events. 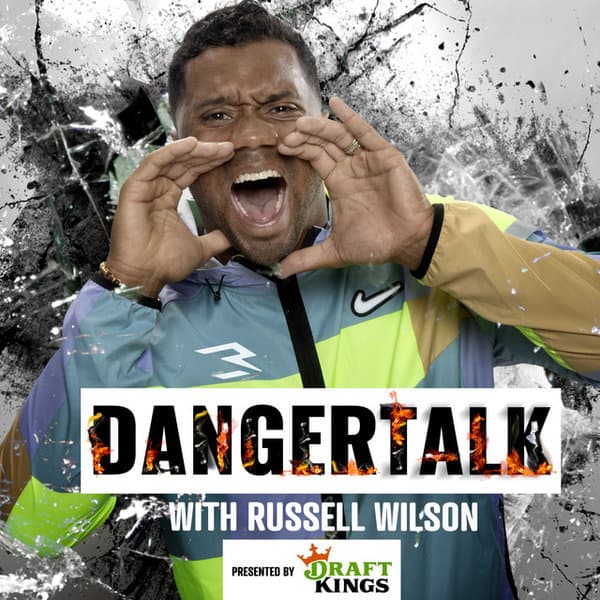 Russell Wilson is best known for his time with the Seattle Seahawks and currently plays for the Denver Broncos. He’s often considered one of the best quarterbacks in the NFL’s history. He decided to take his skills and knowledge of the game to the world of podcasts.

Russell Wilson’s Dangertalk Podcast brings his unique personality and love of the game into fans’ ears worldwide. Wilson gives his opinion on the latest sports news and has in-depth interviews with athletes and celebrities. 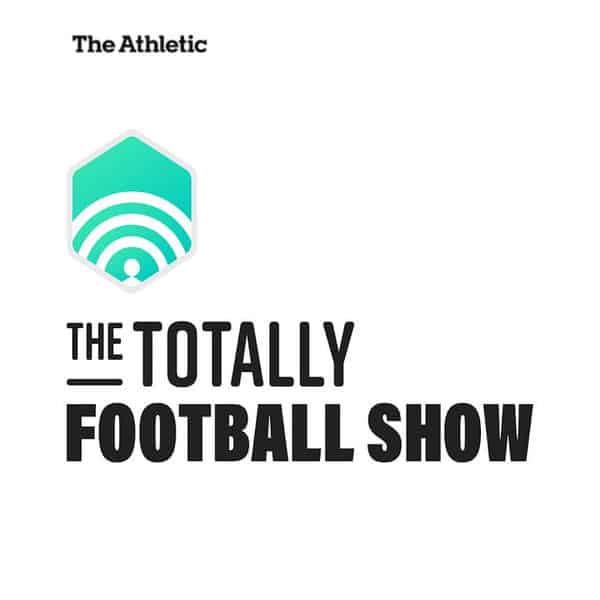 Richardson and his co-hosts inject their expert opinions, witty personalities, and sense of humor into all the big football topics. Every Monday and Thursday they cover all the Premier League happenings, while Wednesdays focus on UEFA Championship League, La Liga, Serie A, and other European leagues.

See more about - 19 Best Crime Podcasts You Must Hear