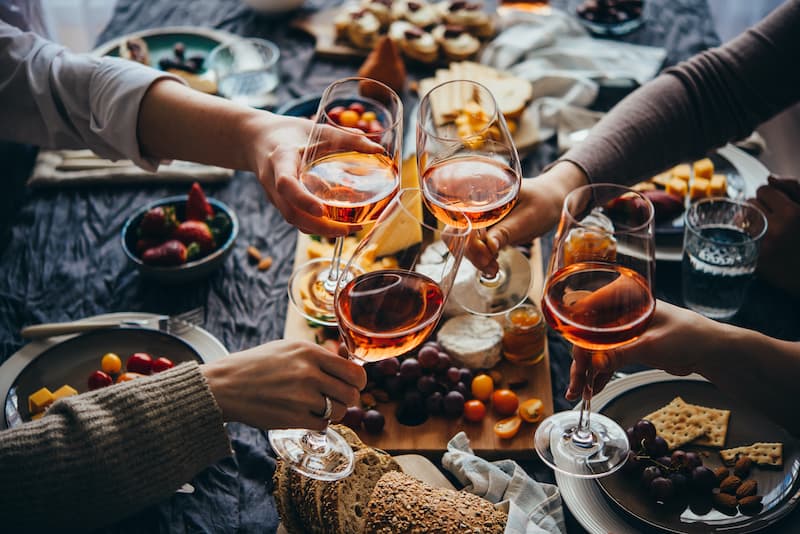 The 12 Best Spotify Playlists for Your Next Dinner Party

Are you planning a dinner party but not sure what music you should play? We’ve got you covered! Instead of scratching your head trying to come up with a playlist, you can just choose one of these Spotify playlists instead.

We’ve looked across a range of different genres so you’re sure to find something you love. Whether you want some chilled out background music or something that you can sing along to, it’s all here.

So check out our list which includes playlists made by Spotify and some curated by their users. Let’s get started!

If you’re looking for a can’t-go-wrong playlist then this is going to be your safe option. These songs are perfect for sitting in the background without distracting too much from the party.

They are tracks that won’t intrude on your conversation but will still perk the interest of any music lover. We see a selection of artists more laidback melodies such as Landslide from Fleetwood Mac and Your Song by Elton John.

There is a great mix of old and new here as well, with some Ed Sheeran and Taylor Swift, along with the classics.

It’s great for any type of dinner party and at around 250 songs, you’ll never need to worry about repeats. You can easily play it again at your next dinner party. It’s a sure win and your guests will love it.

This list proudly states that it captures the 100 greatest dinner party songs ever and it’s hard to disagree. While we all have our favorites, this list captures many brilliant songs that are perfect for any dinner setting.

As with the above list, this is one you can’t go wrong with. Many want dinner party songs to be great but able to blend in with the background. That’s exactly the type of song you get here.

It’s suitable for many musical tastes and for all ages. The playlist does have a smattering of more deep and powerful songs such as The Blower’s Daughter by Damien Rice and Both Sides Now by Joni Mitchell.

Those types of songs are great for talking about music if the conversation dries out. In that respect, this playlist has a little more personality than our number one pick.

With the name of this playlist, you can probably already guess that it’s a little different from the other two. This is perfect for those more lively social gatherings where you are serving less formal food.

It’s a playlist that mainly focuses on modern rock tunes such as All My Life by Foo Fighters and Seven Nation Army by The White Stripes. There is also plenty of soft rock too here as well.

If you’re having a BBQ with your pals, this is the playlist for you. It’s also great for a regular dinner party if you know that all of your guests love this type of music.

It’s probably not the best if you’re hosting a more serious meal but there are plenty of other playlists for that. This one has plenty of great songs and you’ll probably be playing some air guitar by the end of the night.

Not really into music but want something interesting playing in the background? If that’s what you’re looking for then choose this playlist. It’s a great collection of beautiful classical music that won’t intrude on your party.

It’ll give the room plenty of warmth but without imposing at all. Your guests won’t be distracted and instead, you can focus on having deep conversations.

Also, it may be that you just love classical music and want to show off that you know your Piano Sonata No. 14 In C-Sharp Minor from your Nocturne in E-Flat Major.

The playlist is almost four hours long so it’s great for playing while you enjoy your meal. It’s also great for a fledgling couple too, as you can concentrate on each other and not worry about what’s playing.

Eating some soul food? If so, then why not accompany that with some soulful music! To be honest, it doesn’t matter what you’re eating. This playlist will go down well with any type of dinner.

As you can guess, it’s full of soul classics such as Dance With My Father by Luther Vandross and For Once In My Life by Stevie Wonder. While they are two obvious picks, there is a wide range of soul songs here.

As well as being a great playlist, it’s also a long one with nearly 300 songs. This means you can keep playing it without ever getting bored. If you host dinner parties often, then you can put it in a rotation with other playlists we’ve looked at here.

It’s a fantastic collection of songs to listen to as the wine and the conversation flows. You’ll get many compliments about your choice of music.

Here is another playlist around 300 songs long. As the description states, with this one good times are guaranteed. This is music that’s not going to sit quietly in the background.

If your dinner parties often turn into a fun night of drinking then this is probably what you’re looking for. It will instantly get you in the mood for a singalong and a dance for those lively parties.

Want to turn back time with Cher or become a dancing queen with ABBA? Well, you can do that right here. It’s an upbeat collection for people who don’t like to take themselves too seriously.

With around 16 hours of music, the party will end long before this playlist does.

See more about - Does Music Help You Fall Asleep?

Chill Dinner is probably the antithesis to our last selection. This is a more relaxed playlist where the tempo stays at a slow and peaceful level for those nights where you just want to stay chill.

The playlist is also updated quite often with new music so you don’t have to worry about it getting too old. Not only does it take the work out of choosing a playlist, but you’ll also probably find some great new music too.

It’s perfect for sitting quietly in the background without making too much of a fuss as you listen to soothing songs from great artists like Lana Del Rey, Adele and Ray LaMontagne.

The genre of the playlist balances between indie, folk, and pop for those who like a rich mix of chilled out tunes.

There’s something about country music that gives you those images of authentic barbeque food on summer nights, sharing a beer with your pals.

Whether country is your favorite genre of music or not, this is a great playlist for your cookout. You can use this list when your dinner party consists of serving up some delicious southern food.

There are many classics here such as Chattahoochee by Alan Jackson and Sweet Home Alabama by Lynyrd Skynyrd. The artists chosen here are vast and there will be a favorite for every country fan.

Rather than just throwing in any song, this list has been perfectly curated for hosting a dinner and you’ll love it playing in the background.

If you want a playlist that never gets old, then you’ll appreciate this choice. It is being constantly added to with indie songs that are a perfect accompaniment for a night of dining with your friends.

The songs chosen are those which can be a solid background to lively conversation. This is a chilled out and formal playlist for those who prefer the indie genre instead of the more pop-style playlist.

With it constantly evolving, there is a good chance you’ll find some great new music. The creator of the list avoids the obvious and instead opts for tracks that fit in with the style.

The result is an impressive collection of beautiful songs from lesser-known artists and a playlist perfect for a dinner party.

As we’ve seen with these playlists, you need to make the choice of whether you want your music to be background noise or you want it to be a part of the conversation.

If you want the latter, you probably won’t find a better playlist than this one. Music is very subjective and this may not be your top 500 songs ever but the creator does a great job of being objective.

The 500 tracks transverse a whole spectrum of genres which is why we see artists such as Bob Dylan and Talking Heads to Queen and Nirvana. There’s something for everyone.

You’ll love debating about the songs and love hearing them at the same time. It’s a brilliant list that can be used for a lot more than dinner parties.

Want to transport yourself back in time to the days of the old honky tonk? Here we see the perfect playlist for if you’re hosting a retro night or if you just love those old tunes.

The list is a fun and upbeat collection of classic songs that are perfect for singing along. We see this with tracks such as Oh, Pretty Woman, Shake, Rattle and Roll, and I Saw Her Standing There.

It’s quite a short playlist but works perfectly for lightening the mood and putting a smile on everyone’s face. It also works well for when people have finished their meals and you’re pouring the next round of drinks.

You’ll soon be musing about a simpler time when rock ‘n’ roll was taking the world by storm.

We’ve mentioned modern rock, soft rock, and country rock as well as a few indie playlists. If they weren’t quite to your tastes then how about some classic rock for your dinner party?

This is a brilliantly curated playlist that manages to include many great rock songs but avoids any of them being too intrusive or jarring when you’re trying to host a dinner party.

The types of artists you can expect from this long playlist are Dire Straits, Neil Young, and Bruce Springsteen among many, many others.

It’s a beautiful celebration of classic rock and if this is the type of music your guests like, then they’ll love this fantastic playlist.