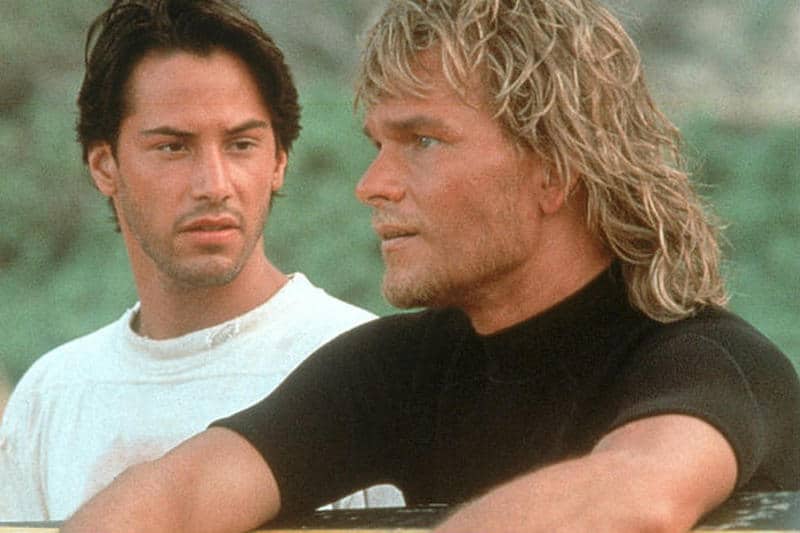 The 8 Best Surf Movies of All Time

Over the decades the movie industry has never been afraid to wade in on appealing but challenging to capture topics, exploring themes and environments that, for the most part, are unfamiliar to the viewing public. Perhaps the most significant example of this is the genre of sci-fi, where the spectator is taken into a completely foreign world and often indulged with a gripping and authentic sense of escapism. Laser beams and all.

Another genre you might say that the movie industry has attempted to achieve a similar audience experience is that of surfing. Albeit of this planet, the pastime of surfing is certainly not your everyday hobby. Yet, its appeal to a broader audience is unquestionable, often leaving non-surfers – and surfers alike – with an unmistakable feeling of freedom and a fundamental connection with mother nature.

Our compilation of the eight best surf movies of all time is a mixed bag featuring films released over different decades, yet somehow all encapsulate that radical and sometimes illogical act of wave riding. Surfer or not, read on and discover your next getaway from reality, courtesy of that all-encompassing blue canvas we call the ocean.

Possibly the most iconic of all surf movies on our list, and aptly starting things off, this 70s era coming-of-age tale works so many angles other than surfing itself. The backdrop explores themes such as sex, addiction, and even war. Not what you might expect when you envisage a surfer strutting down the beach board underarm, but still, this movie doesn’t sugar-coat the Californian surf dream of the 60s and 70s one inch. And for this alone, it’s quite possibly one of the best surf movies ever made.

Set in the flashy and fluorescent driven 80s, North Shore is the classic story of one man’s journey to conquer his goal. This aside, time hasn’t been overly kind to this production, and occasionally the dialogue and acting can come off, well, a little goofy – but this is definitely part of the charm if you decide to watch it in this day and age.

You’ll also come across surf footage that was ahead of its time, both in and out of the water, making for a genuinely entertaining foray into American surf culture.

Yet another tale of one young man’s dreams to surf the big stuff, but not without a myriad of emotional and turbulent hurdles along the way. One of the main reasons this movie sits on our list is the supporting act of none other than Gerald Butler. Couple this with the main attraction of California’s real-life big wave behemoth, Mavericks, and you have a narrative-driven surf fest that’s guaranteed to entertain.

The one, the only, Point Break. If you do just one good thing to yourself in this lifetime, be sure it’s to sit down and watch this cult classic. The adrenaline certainly doesn’t come any higher with bank robberies, skydiving, surfing, and a foot chase that’s potentially one of the greatest you will ever see on the silver screen.

Sprinkled with 90s anecdotes and showcasing the fresh faces of Keanu Reeves and Patrick Swayze, this movie will undoubtedly take you to the edge – and past it. Do yourself a favor, though, avoid the remake like the plague!

See more about - The 10 best football movies of all time

Australian-made Drift deftly captures the mood of surfing in Australia during the 70s. At this time the world was a very different place. America and Russia were on the brink of war and the words climate change was yet to be uttered.

In this epoch, surfing was a renegade undertaking, and the sepia-hazed glamour of Hollywood and Californian surfing, in particular, was a far cry from the reality of those looking to ride waves Down Under. A striking plotline delivers characters and cinematography from an illustrious bygone age where most of us would jump at a chance to teleport back to – at least for a look.

This true-life adaptation of Hawaiian-born surfer, Bethany Hamilton, is much more than a surf movie. If you aren’t familiar, Bethany was a young female surfer showing great promise when a shark attacked her at just 13-years-old. Her resulting injuries meant she would go on to lose her left arm.

Her will to carry on and the battle to get back into the water and surf again is captured beautifully in this tearjerker, with incredible water footage and plot development. Prepare for all of the emotions while watching this one!

One of the late Heath Ledger’s most nuanced performances in our books, Lords of Dogtown is the underground story of a skateboard and surfing revolution that you just have to see. Set in 80s California and with a primary focus on skateboarding, if you skate and/or surf and aren’t aware of what these real-life characters did for the progression of either sport – then do yourself a favor and watch this movie, STAT. An absolute classic in its own right. Once you have, so much more will then make sense!

Our only animated inclusion not only hinges on comedic value but has a great underlying story of courage and determination in the face of adversity. In the latter part of the movie, what then develops is a David & Goliath-esque fable with a host of entertaining characters thrown in there and even a tiny spot of romance. You might think Surfs Up is more geared towards kids, but this is indisputably watchable for the much bigger kids too.

See more about - The 10 best surf spots in the world