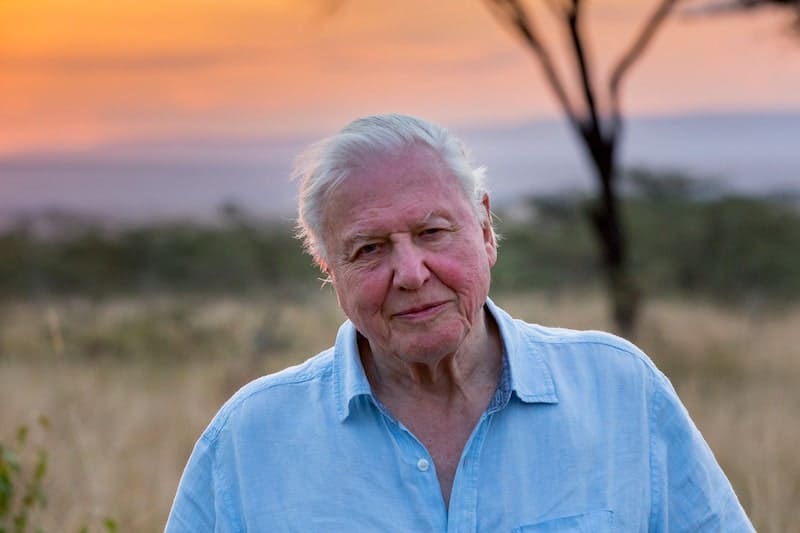 The 10 Best Travel Shows on Netflix

There’s always something captivating about travel shows. They allow you to escape into another world and explore how other cultures live. They can also give you some great ideas on where you should travel next.

Thankfully, Netflix has all the answers to your travel show needs. They have a range of great series which show the beauty of the world but also others where you can see the dark corners of it. In between these are plenty of quirky and funny shows for you to enjoy.

The problem with Netflix, as always, is trying to decide what to watch. You can spend far too long scrolling through their catalog and trying to find out whether or not it will be a good show to watch.

That’s where we can help. We’ve scoured their entire range to find the 10 best travel shows on Netflix. All you need to do now is read our reviews then sit back and watch our favorites. Let’s get started!

Our Planet was released on Netflix as an eight-part nature documentary series in April 2019. While it’s easy to get lost in breathtaking habitats, it’s a documentary that opens your eyes to the climate problems we are currently facing.

While you are enjoying the series, notice how the beautiful scenes on your screen are accompanied by the grim reality our planet is facing. The film focuses on showing you luscious forests and animals flourishing but will then hit you with some ground-breaking realities about the present and future state of our planet.

Our Planet focuses on bringing attention to how the way we live is having an impact on the animals around us. It’s a great informational piece that would be great for kids to watch and learn about what is going on in the world.

David Attenborough narrates the series using his wonderful passion and knowledge for nature. As you’d expect from one of his programs, some of the camera work is truly breathtaking as he shows you how some of the most beautiful places in the world are in danger.

David Farrier takes tourism to new heights with Dark Tourist as he takes the audience to problematic tourist areas. A great example of this is shown in the first episode where he shows the audience what it takes to cross the border into America from Mexico as an illegal immigrant.

The series continues into areas unknown to most of the population. Farrier drops us into dangerous, disturbing, and secluded locations to give us a different type of travel show.

While some travel shows can feel exploitative, Farrier keeps it from feeling like that by showing the audience his empathetic curiosity. Dark Tourist leaves us wanting more when the episode is over.

The show seeks out bizarre locations and explores the unknown. Farrier’s storytelling ability will keep you hooked as each episode shows another intriguing side of the world

3. Jack Whitehall: Travels with my Father

Comedian Jack Whitehall travels the world with his father showing us their quirky and silly encounters. This could equally be described as a comedy show as we see the hilarity of a young comedian traveling with this grumpy father.

The show’s whole premise is based on Jack taking a gap year and inviting his dad along with him. In season one they travel across eastern Europe. Micheal, Jack’s father, is a Brexit supporter, and being in such a foreign area causes him some discomfort, which makes comedy gold for the audience.

It was so well received it was renewed for a second and third season. Overall, Travels with My Father lets the audience see new places and cultures through an unscripted lens. The audience gets to feel like they are traveling with their conservative dad and liberal older brother.

In David Chang’s most recent Netflix series, we have celebrity guests acting as tour guides exploring their city while getting breakfast, lunch, and dinner.

The show feels like a podcast mixed in with an interview: a relaxed environment without a script where you learn about the guest and the city they are in. Chang brings his skills in interviewing from his podcast to the streets he’s visiting as he and his guest sit down to eat.

Throughout the wandering and amongst the chow, we discover the city we are touring virtually and the people who are giving us the tour. They dive into themselves, discussing what was going on when they were growing up, and their favorite foods. With Chang’s interview skills, our celebrity guests reveal who they are behind their public persona.

Breakfast, Lunch, & Dinner seemingly has a strong influence from Anthony Bourdain’s shows and his on-screen exploration; traveling to different cities and being shown around, and dining at popular local spots. There is a light and informal tone to the series that makes it easy to watch and it’s something you can put on in the background or potato out on the couch to get through a rainy day.

5. Down to Earth with Zac Efron

The world gets to follow Zac Efron as he travels to discover a higher level of eco-consciousness. Along the way, we get a healthy dose of thrills and adventures. The series mainly focuses on finding and maintaining healthy lifestyles from around the world.

When we go into an episode, we get to see various challenges and the solutions to those challenges around the world. In one episode, Efron and his wellness expert Darin Olien take a trip to an Italian island with some of the world’s oldest living people.

There’s a lot to discover, but they notice the region’s people eat fresh vegetables, homemade pasta, and stick to a strict low-protein diet. This is especially interesting since most fitness experts tell us that a high-protein diet is key to a healthy lifestyle.

The series is eye-opening as we discover the problems that cultures and countries are facing and how they are adapting and solving them. We get to see some fun adventures and beautiful sights while also learning about what’s going outside our little bubble.

See more about - What's coming to Netflix in March 2021

MeatEater is the first of its kind with the adventures that host Steven Rinella takes us on. Rinella is an avid hunter that never lets the game go to waste. We get taken on a wild ride of hunting to preparing the meat.

While most may enjoy (or hate) the show because of the hunting aspect, Rinella clarifies he wants the hunt and the meal that follows to be the focus of the show. He never lets any meat go to waste and doesn’t do it to acquire trophies.

Rinella covers many hunt styles and the series contains episodes with first-time hunters to get an authentic experience, highlighting problems they have in the field, and discussing ways to process and cook the game they catch.

The show is more than getting kill shots and shooting guns – we get fruitful conversations between Rinella and his guests, plus the fun of the hunt in some stunning locations.

You can feel better about the world by watching The Kindness Diaries. We follow Leon Logothetis on his travels, where he shows us that kindness is everywhere, you just need to know where to look.

The show’s premise is to rely on strangers’ kindness to be fed, get somewhere to sleep, and find gas for his little yellow Volkswagen bike. Logothetis gave up what he had while he was chronically depressed to live a life on the road. The kindness of strangers fuels his life.

When the strangers kindly oblige to help him in a time of need, Logothetis rewards them ten-fold for their kindness. When we’re not seeing him converse with strangers to get food and gas, we get the heart-warming stories that pull on our heartstrings and tell us we can be kind, despite the world’s negativity.

We are all born to explore and we have an insatiable curiosity as humans to learn. Produced by Canon, we are taken on a journey by the world’s best photographic storytellers; Art Wolfe, Darren Jew, Krystle Wright, Richard I’Anson, and Peter Eastway.

The audience gets a glimpse of these elite photographers and their minds as we follow them on their exploration into the natural world. Tales By Light covers little-known and little-understood corners of the earth. Shot in 4k with bird’s eye views, we get to travel the world without ever leaving the house.

The photographers show us the behind-the-scenes of what it looks like when they are capturing their breathtaking images. We get to start under the sea following Darren Jew capturing humpback whales.

To end the first episode, we follow them up to the top of a volcano. If you think they can’t possibly top those two, you’re in for a surprise. Tales by Light episodes are 30 minutes long, perfect for getting some educational screen time in without feeling like you have to commit an hour or more of your life to it. The episodes are told like a story and explore how people live their lives in underdeveloped parts of the world.

9. Restaurants on the Edge

Restaurants on the Edge follows a group of people that are sought out to help save failing restaurants around the world. The show’s name is a wordplay as the restaurants are on the edge of failing and are in some of the world’s most beautiful locations.

We follow the group as they analyze the restaurants; the food, the interior, and the atmosphere, and then develop a plan to save it. We get to see some of the hottest tourist spots and the hosts do a fabulous job showcasing the locals, artists, and culture.

The charming hosts show their desire to save the restaurants and invest time into studying the region to make sure they are setting up the restaurant for success. They teach the owners to be sustainable and encourage locally sourcing their menus. The restaurant owners are touched when they see their life’s work transformed and start the future with new hope.

In Moving Art we experience art in a new light as filmmaker Louie Schwartzberg grabs us and dives into the beauty found in oceans, deserts, and forests.

The filmmaker circles around a location to give us a new perspective on the scene. When watching, you will notice the lack of narration as the host believes it’s best to let the beauty of nature speak for itself.

Orchestral music is guiding the audience through the frames, almost as a therapeutic film. Instead of focusing on the past or future of life, we get to experience the now.

Moving Art is slower-paced than the rest of the exploratory travel shows we have seen but it’s surprisingly enjoyable thanks to the meditative tone. Schwartzberg describes the series as a bridge to nature instead of replacing it altogether.

The viewers can find themselves feeling connected with nature and the world around us despite watching a screen with pretty pictures. Moving Art isn’t for everyone, but if you tune in you may be pleasantly surprised by this Netflix gem.