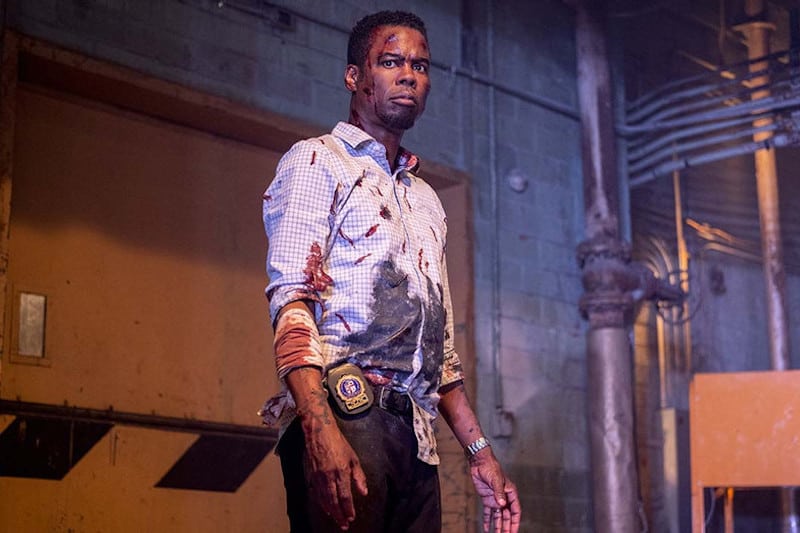 You can’t keep a good franchise down. After Saw 3D was touted as the final film in the series, Lionsgate’s opened the purse strings and commissioned one more film, the abysmal Jigsaw. Four years later and we have yet another entry into this never-ending horror thrill ride with Spiral: From the Book of Saw.

Unlike previous films, the sadistic killer Jigsaw is no more, with a new copycat killer coming up with more hair-brained ways to kill people. This time around the film focuses on Chris Rock’s Detective Ezekiel Banks, who we see from the trailer has just been sent a mysterious recording. As the bodies pile up and his officers go missing, Banks must fight against time to uncover who the killer is and why they are targeting him.

If the trailer is anything to go by, this looks like another interesting chapter in the Saw mythology. Seeing Rock – who is also an executive producer – in a horror movie is not something you’d expect, but it’s great to see him in a more dramatic type role.

Rock will be joined by Samuel  L Jackson, who plays his father, Max Minghella, Marisol Nichols, and Zoie Palmer. Franchise director and creator Darren Lynn Bousman returns behind the camera while the film will feature a hip-hop soundtrack with new music by 21 Savage and Slaughter Gang, including the new single Spiral.

“I’ve been a fan of Saw since the first film in 2004,” Rock said in a statement. “I am excited by the opportunity to take this to a really intense and twisted new place.”

Spiral: From the Book of Saw opens in theaters on May 14.