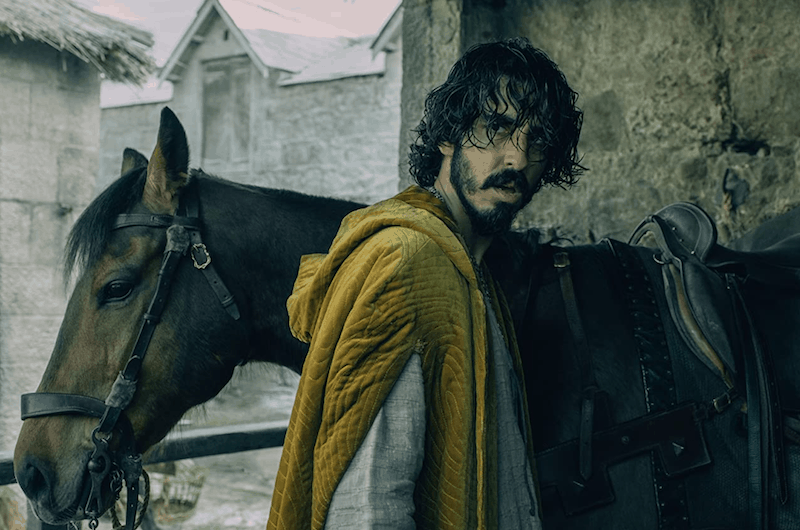 Dev Patel Gets Axe Happy in ‘The Green Knight’

The latest from independent film company A24 (Hereditary, Uncut Gems) is an enthralling take on an Arthurian legend. The Green Knight stars Dev Patel as Sir Gawain, King Arthur’s reckless nephew. When the creepy Green Knight enters Camelot and issues a challenge, Gawain gleefully accepts and chops off his head. Bad move. The Green Knight’s head then utters three words, “One. Year. Hence,” before riding off into the darkness. Unfortunately for Gawain, he must search out the hideous Green Knight and kill him again in 366 days, otherwise disaster strikes. Check out the trailer below.

Patel as an ax-wielding knight pretty much has me hooked, but after watching the trailer I must say this looks more than a hack and slash. Not only is the story intriguing, but visually this flick looks stunning. Oh yeah, Patel is accompanied by a talking fox on his journey. Sold. Check out the official synopsis below:

An epic fantasy adventure based on the timeless Arthurian legend, ‘The Green Knight’ tells the story of Sir Gawain (Dev Patel), King Arthur’s reckless and headstrong nephew, who embarks on a daring quest to confront the eponymous Green Knight, a gigantic emerald-skinned stranger, and tester of men.

Gawain contends with ghosts, giants, thieves, and schemers in what becomes a deeper journey to define his character and prove his worth in the eyes of his family and kingdom by facing the ultimate challenger. From visionary filmmaker David Lowery comes a fresh and bold spin on a classic tale from the knights of the round table.

Along with Patel, The Green Knight stars Alicia Vikander, Joel Edgerton, Sarita Choudhury, and Sean Harris. It premieres in theaters on July 30, 2021.

See more about - Tom Hardy gets crazy in 'Venom: Let There Be Carnage' first trailer