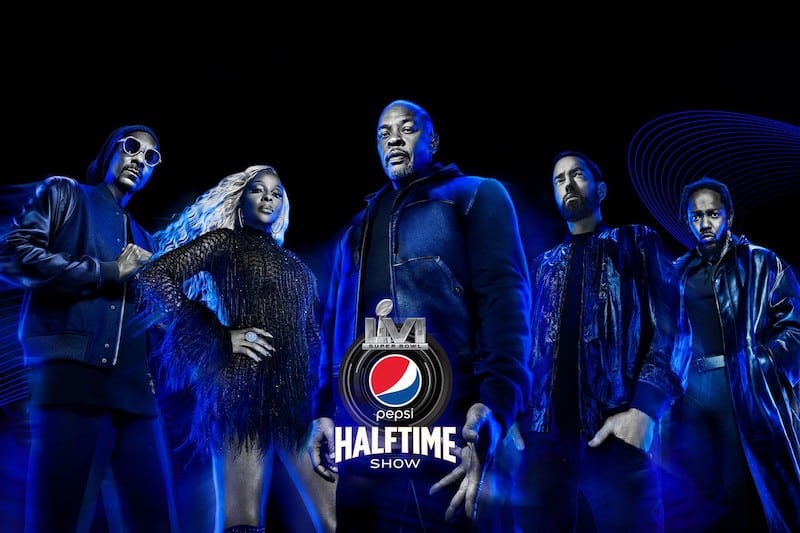 The 2022 Super Bowl could host the greatest halftime show ever after living legend Dr. Dre was announced as the headliner. While it will be hard to top Bruce Springsteen, Beyonce, and Prince, if one man can do it it’s Andre Young.  The man responsible for N.W.A. and two of the greatest hip-hop albums of all time, The Chronic and 2001, will be joined by rap royalty during his performance.

Protege Eminem, modern-day great Kendrick Lamar, 90s icon Snoop Dogg, and Mary J. Blige, one of the best female vocalists of the past 30 years, will also feature as part of the show. Between them, the artists have been awarded 43 Grammys and have had 22 #1 albums on the Billboard 200. Not bad.

The halftime show is personal for Dre, with the rapper getting the chance to perform in his old neighborhood, with Super Bowl LVI being held at SoFi Stadium in Inglewood, California.

“The opportunity to perform at the Super Bowl Halftime Show, and to do it in my own backyard, will be one of the biggest thrills of my career,” said Dr. Dre in a statement. “I’m grateful to Jay-Z, Roc Nation, the NFL, and Pepsi as well as Snoop Dogg, Eminem, Mary J. Blige, and Kendrick Lamar for joining me in what will be an unforgettable cultural moment.”