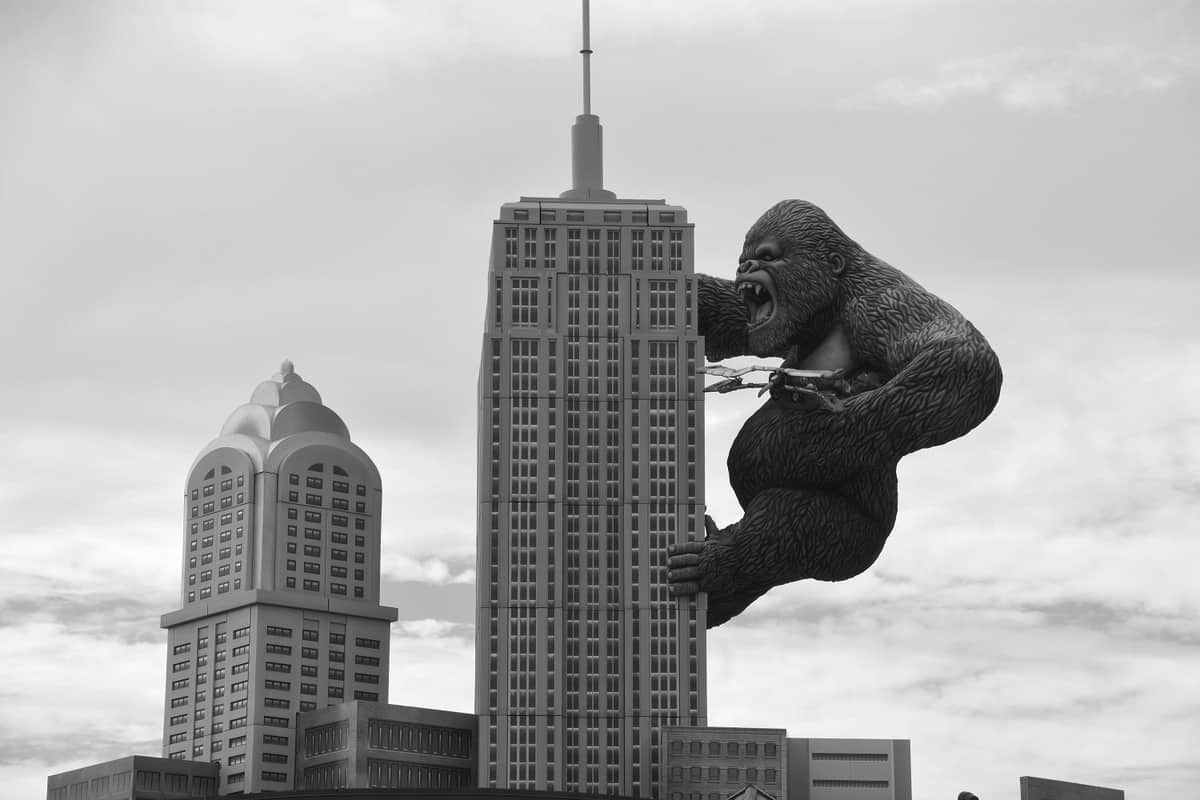 The 14 Most Famous Monkeys

Who doesn’t love monkeys? These primates are close cousins to humans and have been on earth as long as the sun has been shining. While the majority live in jungles around the world and the rest in zoos, a few of these fascinating creatures have also made their presence felt in pop culture. Throughout the decades many of these famous monkeys have made their mark on the big screen or become internet memes.

After Albert II became the first monkey in space, these lovable primates have been the focus of movies, TV shows, books, and other mediums. To celebrate these tree-dwelling simians, we have compiled a list of the most famous monkeys of all time. Some of these are real-life monkeys, while others are animated creations that are well known by the public. We are also cheating a little by including some famous monkeys that arent actually monkeys. Chimps, apes, and gorillas all get a look in as we use the term ‘monkey’ very loosely.

With that said, here are the 14 most famous monkeys in modern pop culture. 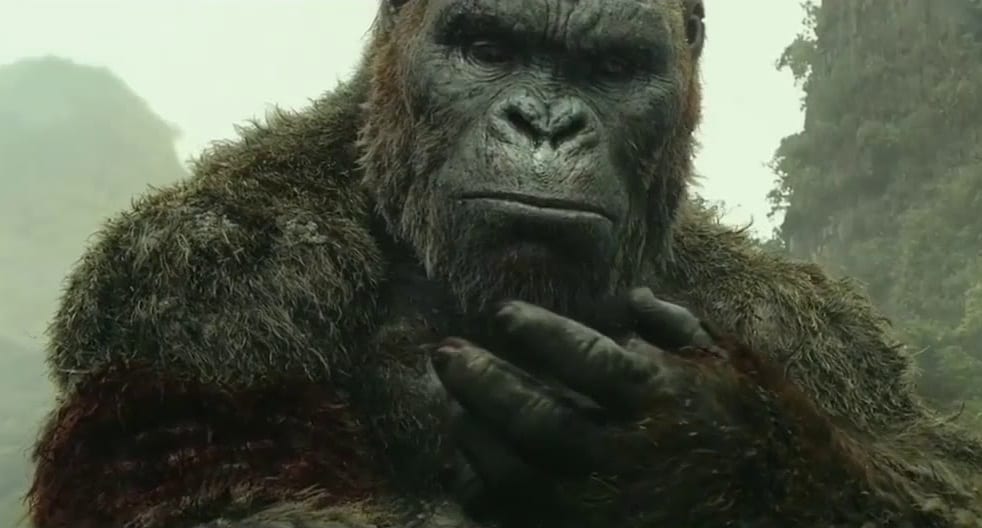 King Kong is arguably the greatest and most well-known primate in the world. The misunderstood gorilla has been the focal point of many interpretations of the original 1933 movie King Kong. The large beast is living drama-free on Skull Island when he is suddenly captured by men, chained, and taken to New York to be put on show. It’s no wonder Kong gets mad and goes a little crazy. While he does find some solace in Ann, Kong’s fate is always the same; falling to his death after being attacked while scaling the Empire State building. 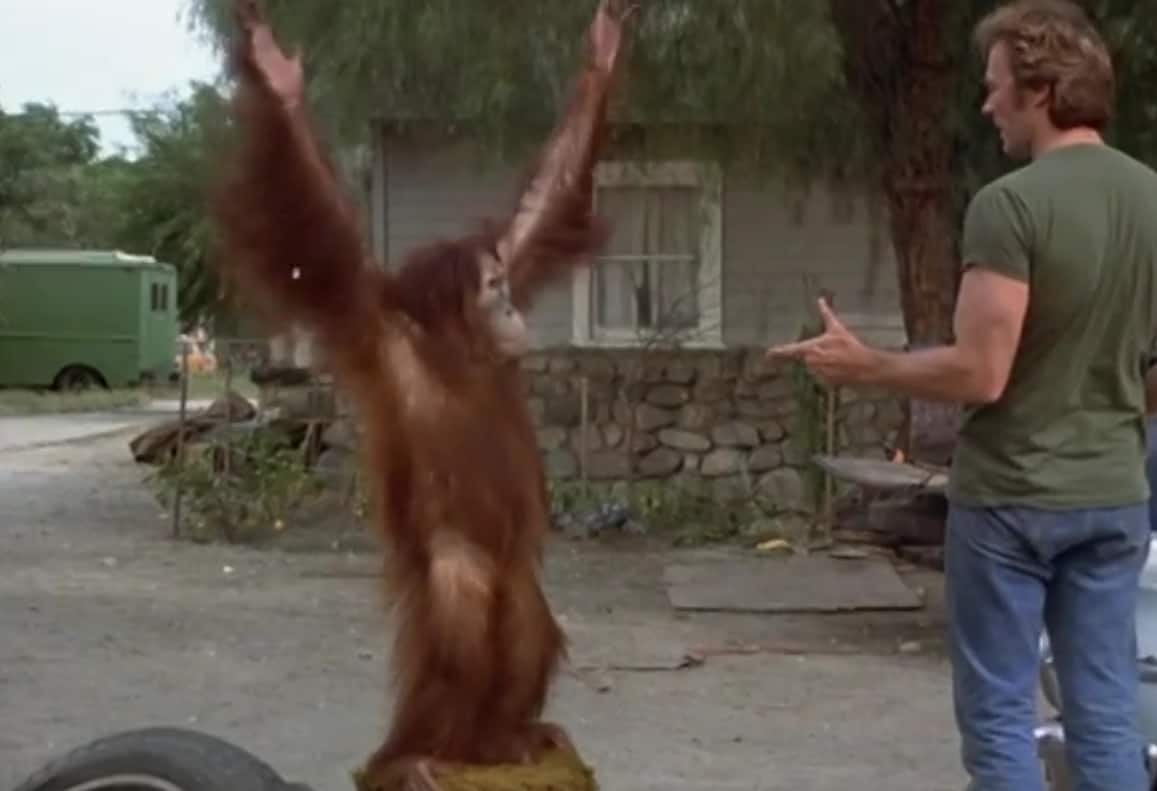 Clint Eastwood gets overshadowed by an orangutan in the late 70s comedy Every Which Way But Loose. Eastwood’s trucker and bare-knuckle fighter teams with the primate Clyde as they encounter a cast of colorful colors and find themselves on the run from a biker gang. Not only is this one of Eastwood’s highest-grossing movies, but the film turned Clyde (real name Manis) into a star. There is a strange chemistry between the two, with Clyde’s left hook quite memorable. Although he didn’t feature in the sequel, Any Which Way You Can, Clyde went on to be a big star in Las Vegas. 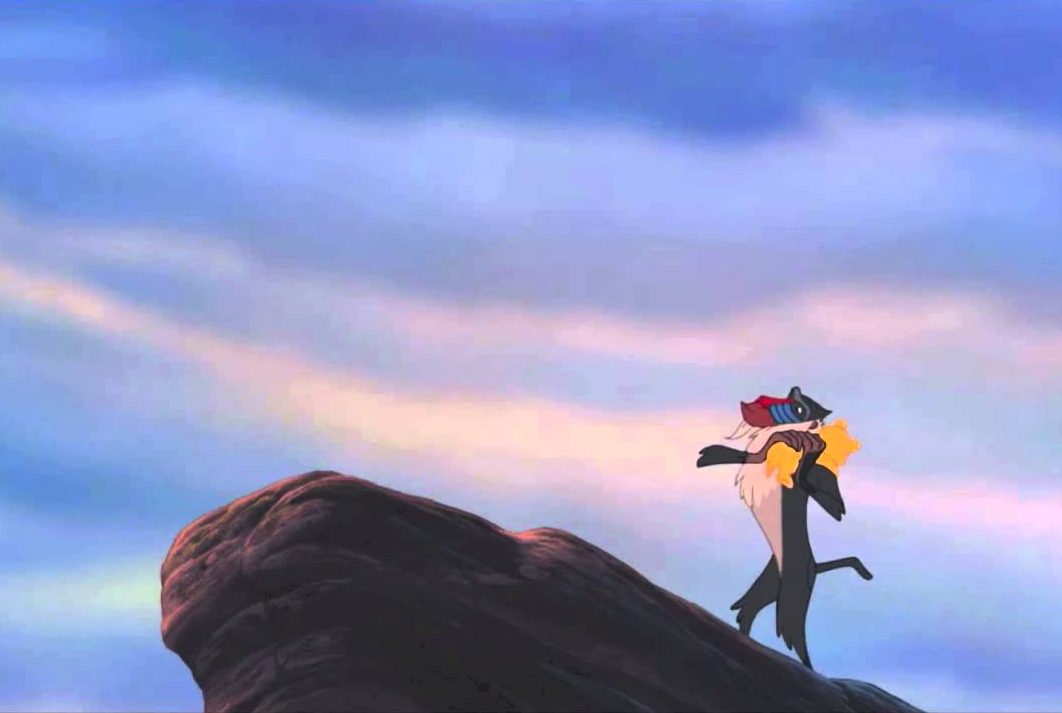 The eccentric Rakifi is a shaman in Disney’s The Lion King. While he appears unhinged at times, he is in fact a wise mandrill who brings a sense of spirituality to the jungle. While best known for the moment he raises a young Simba in the air as Circle of Life plays, he remains a trusted confidant of Simba in his older years. He is the one who coaxes him to return to Pride Rock, avenge his father, and take back the throne that is rightfully his. 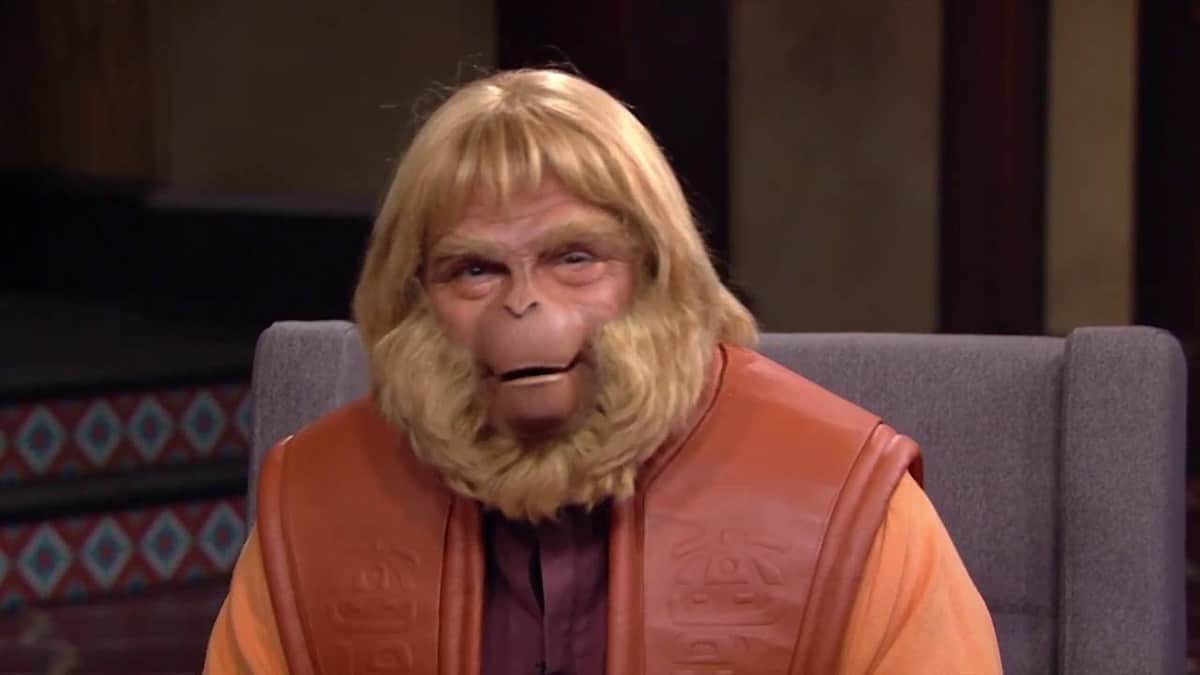 There are a lot of primates to choose from when discussing The Plant of the Apes films, but one that clearly stands out is Dr. Zaius. He is an orangutan who commands much respect amongst the primate civilization. Dr. Zaius is a member of the Ape National Assembly, serving as the Minister of Science and also as Chief Defender of the Faith. He is a bit of a zealot who sees humans as a threat and is really liked by many. While Dr. Zaius plays a major role in the first few films of the series, he is probably best known thanks to this performance on The Simpsons. 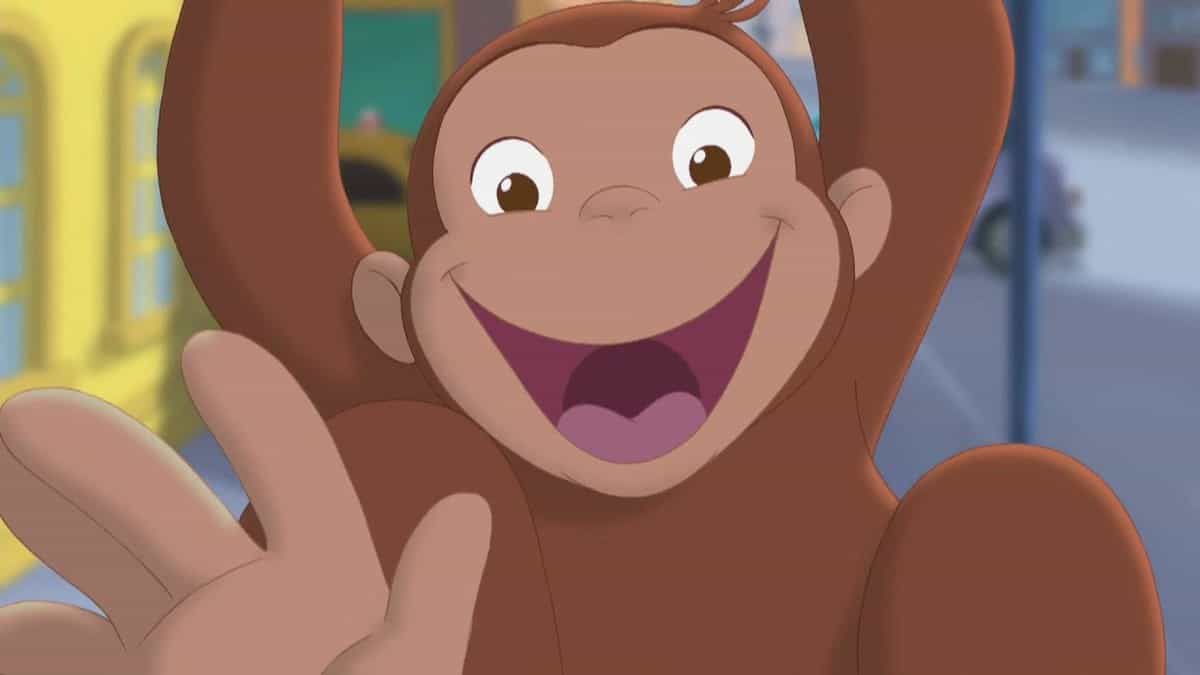 First making his presence felt in 1941, Curious George is the main character in a series of children’s books. After being taken from his home by a Man in a Yellow Hat (which is a questionable action in itself), George finds himself living happily with his captor.

Written by Margret and H. A. Rey. George, the books detail Geroge and the Man in a Yellow Hat’s adventures, which include Geroge getting a job and flying a kite. The character also starred in a TV series and has been featured in other media. 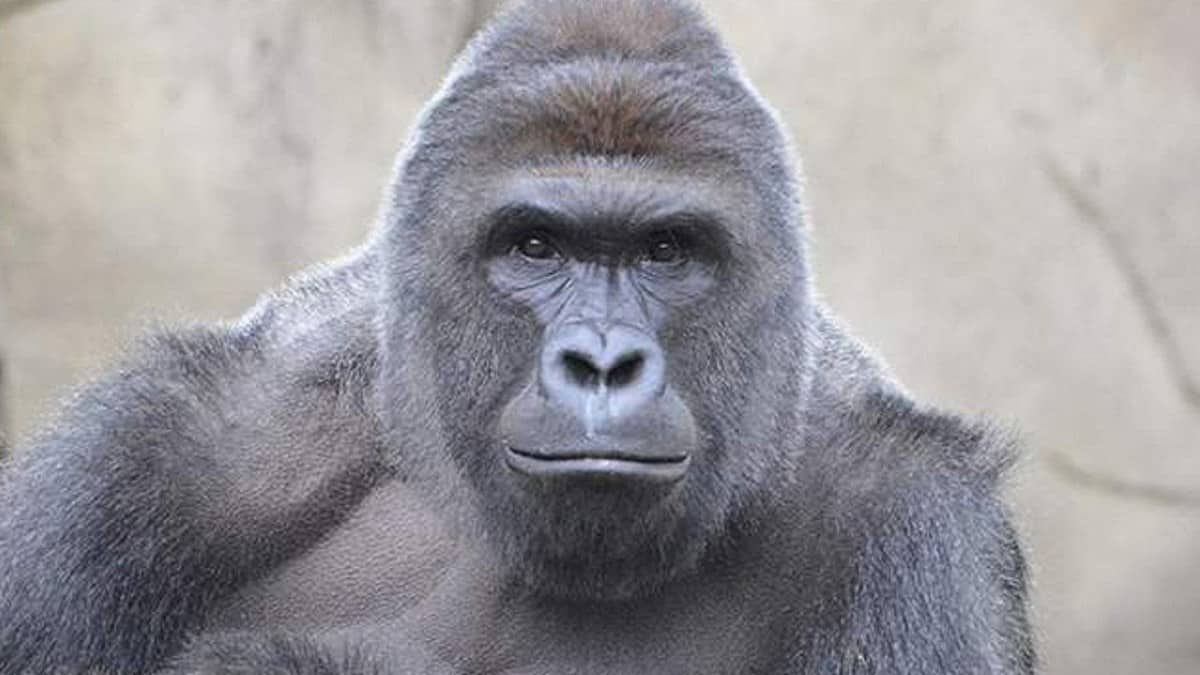 Haramabe become somewhat of an internet sensation in 2016 when he was killed by zookeepers after a child fell into his enclosure. Investigating the fallen boy, Haramabe pushed and pulled him around the yard until zookeepers killed him, fearing he would harm the boy. The entire incident was filmed by a member of the public who uploaded the footage to YouTube. It spread like wildfire and soon every man and his dog had an opinion on the killing. While many agreed, there were just as many who thought his death could have been avoided.

The gorilla soon become an internet meme that took over the world and was much talked about. From the ‘Dicks out for Harambe’ meme to Australians putting down Haramabe as their preferred candidate during the election, the gorilla was in the news for all the wrong reasons. 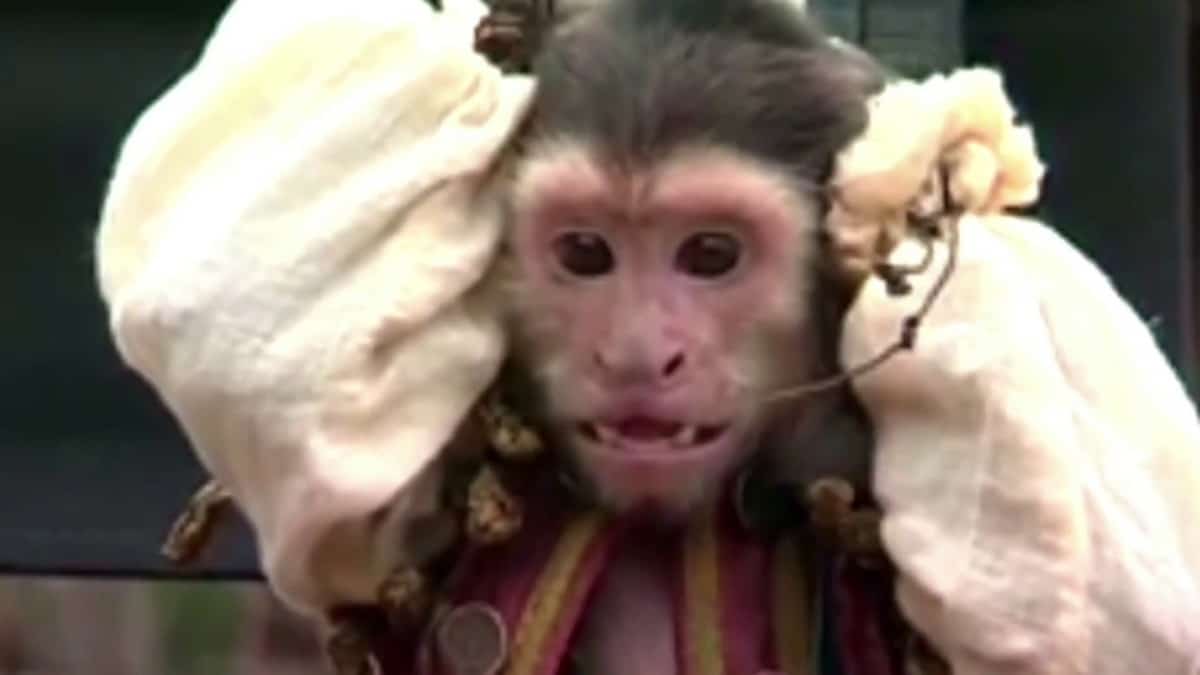 Jack the monkey made quite the impact in the Pirates of the Caribbean franchise. Not only was he the pet of Hector Barbossa and one of the meanest primates of all time, but he got his name from Captain Jack Sparrow. He also ends up dead and cursed and does his part to help bring his master (Barbossa) back from the dead. Once Barbossa carks it for a second time, Jack becomes Sparrow’s loyal mate. 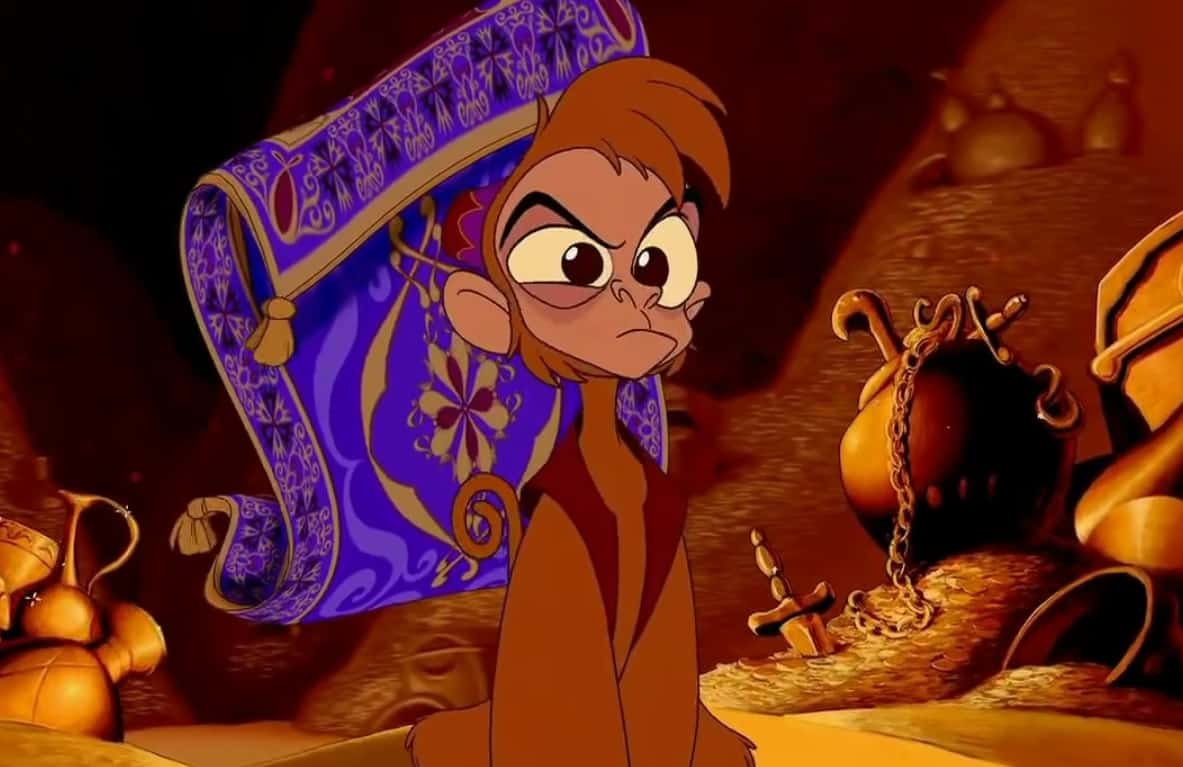 The kleptomaniac pet monkey of Aladdin, Abu is a loyal sidekick who finds himself caught up in his friend’s adventures. You have to give him credit for sticking around after he is turned into an elephant. Frank Welker, the man who voiced Abu’s falsetto in the 1992 animated version of Aladdin, also returned for the 2019 remake, lending the film some authenticity. 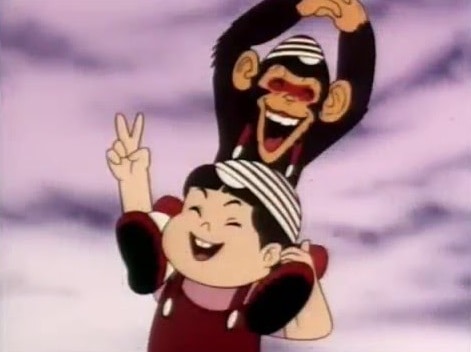 Chim Chim is a chimpanzee who is also the best mate of Speed Racer’s brother Spritle. The two go everywhere together and are pretty much joined at the hip. They have a knack for making their presence felt when Speed Racer gets in trouble, always there to help him escape in the nick of time. Despite being small in stature, Chim Chim manages to take on all manner of muscle bound baddies. Although he can’t speak, he communicates well through his facial expressions and hand gestures. 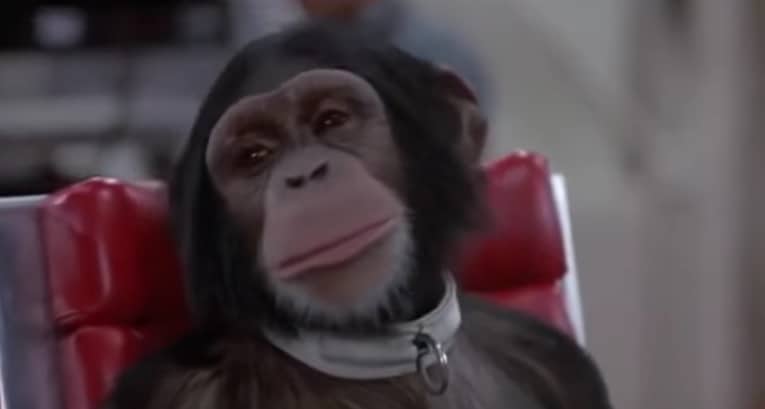 Here is another chimpanzee who outshines his co-stars. Virgil is a chimp who is part of a secret Air Force project. When his carer Matthew Broderick realizes he is going to be killed, he stages an intervention. Virgil and the other chimps escape their cages and try and make their way to freedom before the soldiers stop them.

*Spoiler Aler* Virgil manages to get all the other chimps onto a plane and fly them to safety. That’s right, this chimp can fly a plane! 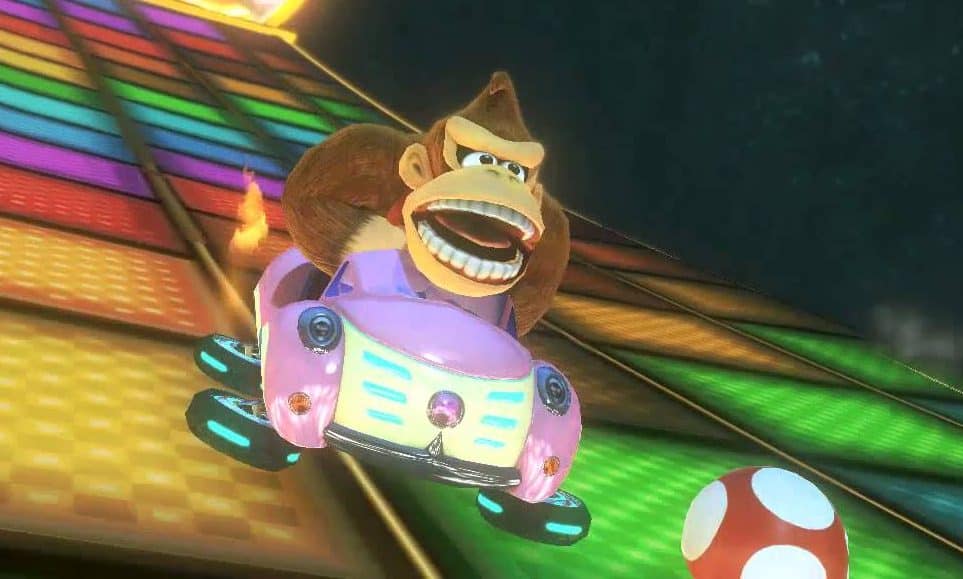 The only video game character on this list has featured in dozens of different titles since first appearing in the 1981 game Donkey Kong. At first the nemesis of Mario, the barrel-throwing Donkey Kong has since become a fan favorite over the years, appearing in more games as the hero. Donkey Kong is so famous that Ice Cube even referenced him in a song with the line “It’s on like Donkey Kong.” This catchphrase has now been trademarked by Nintendo, highlighting the impact of this primate on pop culture. 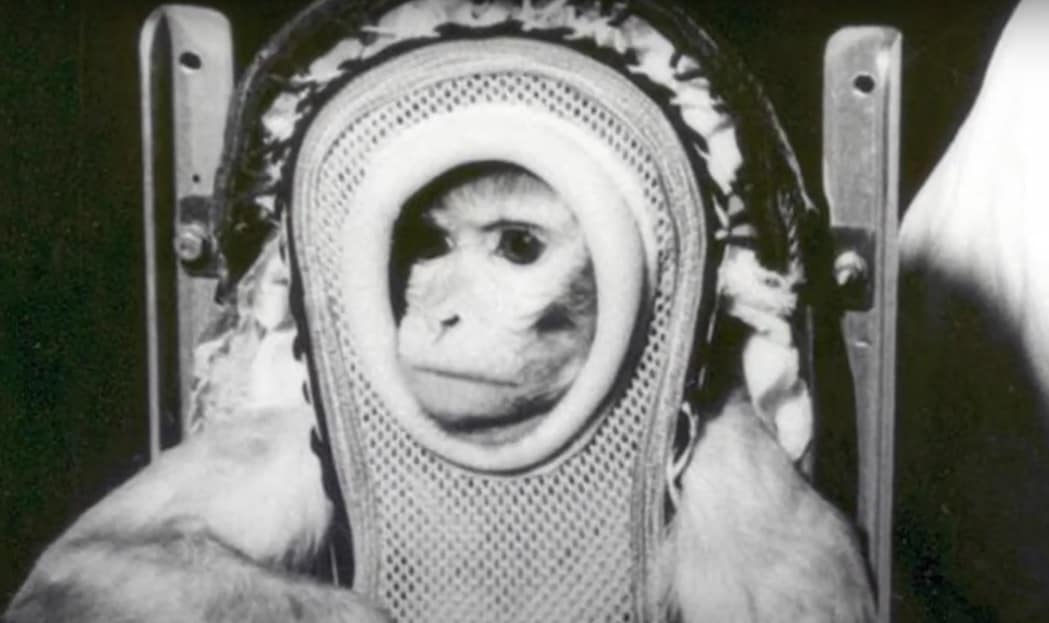 Albert II is not only the first primate to fly into space, but also the first mammal. The cheerful little fella managed to fly to an altitude of 83 miles while strapped inside a V-2 Rocket. We will never know what Albert II thought about while in space though, as he died on re-entry. After the parachute failed the rocket crashed into earth, killing poor old Albert II.

All up, 32 primates have entered space since America sent Albert I into space in 1948. Six different countries have shot primates into the great unknown, with Iran apparently sending two rhesus macaque monkeys into space over the past decade. Both are said to have come back unharmed, which is always good news. 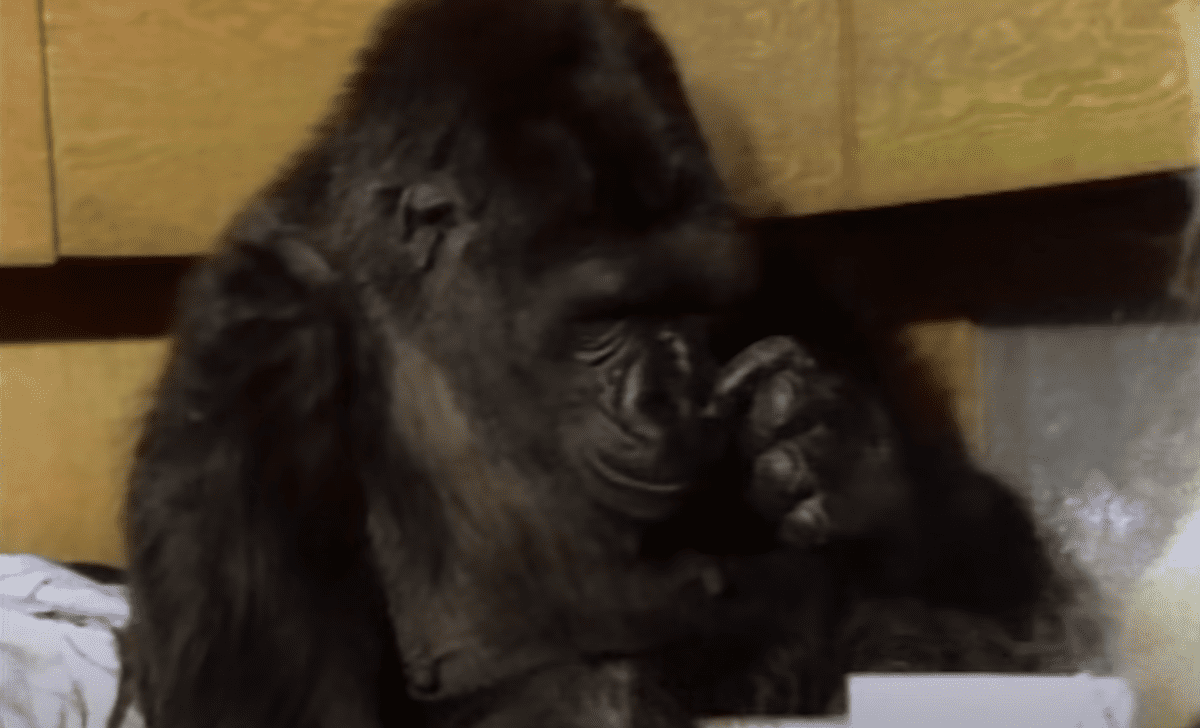 One of the smartest gorillas in captivity, Koko (Hanabiko in Japanese) was believed to have had a vocabulary of over 1,000 signs. Born in San Francisco Zoo, Koko was cared for by animal psychologist Francine Patterson. Exposed to the English language at a young age, Koko quickly picked up on certain words and sayings. She was believed to have the same understanding as a three-year-old child, which is impressive. Koko was also known for her love of pets, with Koko looking after a number of cats during her time at the zoo.

She was eventually moved to The Gorilla Foundation’s preserve in the Santa Cruz Mountains where she lived for nearly two decades with other gorillas before passing in her sleep at the age of 48 in 2018. 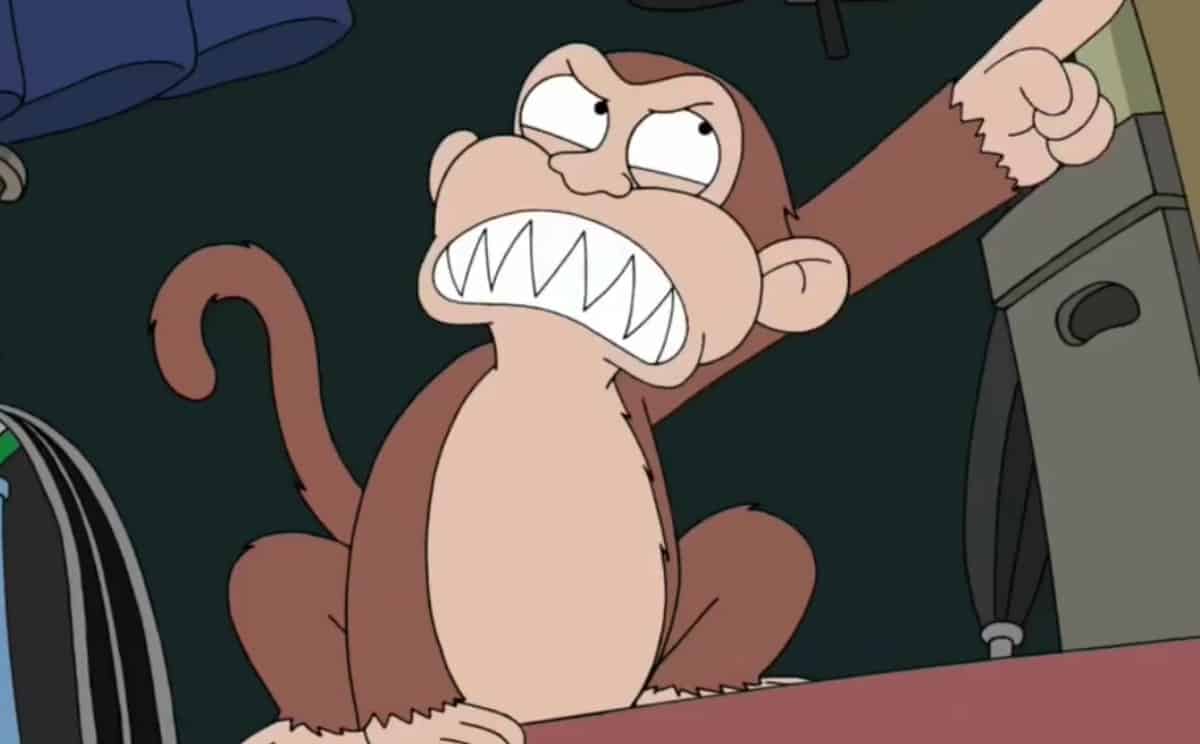 The Evil Monkey is somewhat of a running joke in Family Guy. Hiding out in Chris’ closet, the monkey is never seen by the other members of the family. His trademark pose is scowling while pointing at Chris. He has appeared in 18 episodes of the show. It was eventually discovered that he isn’t actually angry but his actions are part of his personality. He manages to help Chris and Peter repair their relationship and eventually moves out of the closet. 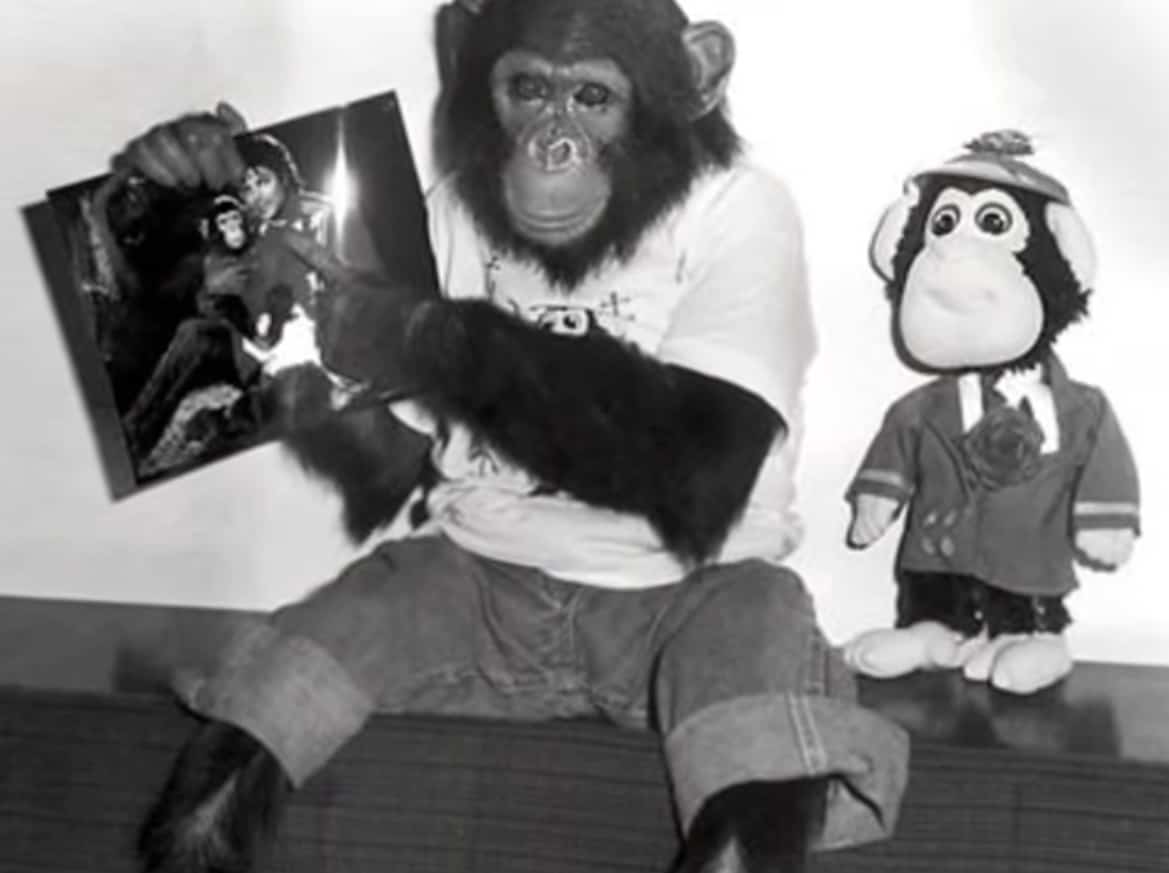 Michael Jackson was one weird dude. He owned a theme park. Had sleepovers with kids. And also had a pet monkey named Bubbles. Jackson purchased the chimp from a research facility in the 80s, around the same time he started to go over the edge with his crazy antics. Jackson kept the chimp on his property for 20 years before he was eventually moved to a sanctuary in Florida known as the Center for Great Apes, where he is living out his final days.