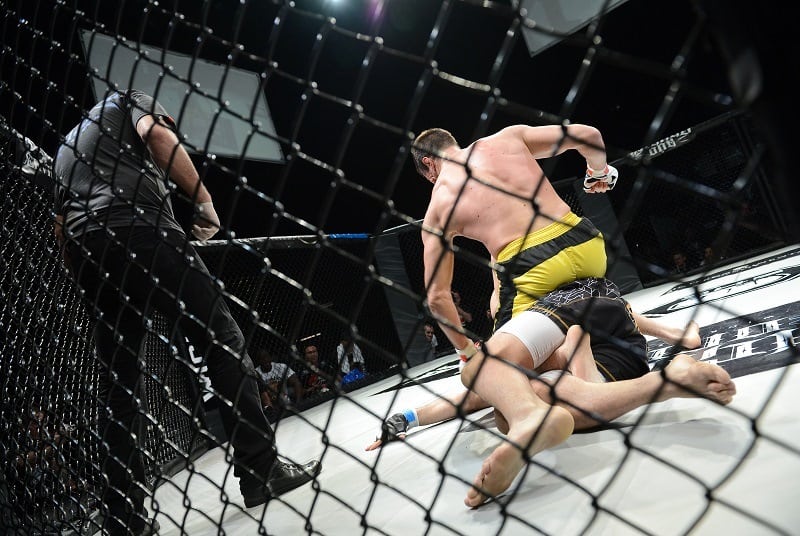 The 10 Fastest Knockouts in UFC History

There have been several instances where a knockout has occurred in the opening moments of a UFC match. We are going to take a closer look at ten of the fastest knockouts in UFC history and reveal which fighters achieved these swift knockouts.

These matches come from several different events over the last three decades and all of them have rightfully earned a place on this list based on their officially scored time.

The 10 Fastest Knockouts in UFC History

Jorge Masvidal went into UFC 239 with the intention to defeat his opponent Ben Askren. It only took five seconds for Masvidal to violently knockout Ben Askren and take the victory with one of the most dramatic knockouts in the history of the UFC.

Scoring this rapid knockout within just five seconds places this match at the top of our list in the number one position.

In July of 2012, Ryan Jimmo knocked out his opponent Anthony Perosh in a total of seven seconds at UFC 149. It only took one punch for Jinmo to solidify his victory through his knockout punch.

This match has rightfully earned its place near the top of this list in the second position.

Chan Sung Jung faced Mark Hominick as a Featherweight in UFC 140 and knocked out Hominick in seven seconds. This incredible match could have lasted a lot longer but it turns out that seven seconds was all that was needed for Chan Sung Jung to claim victory.

It may seem like a long time ago but this match is still remembered by many fans who watched or attended UFC 102 more than a decade ago in August of 2009.

Leon Edwards claimed victory over Seth Baczynski in April of 2015 at the UFC Fight Night 64 main event. This is one of the fastest knockouts of the last decade and Edwards has earned a solid place inside of the top 10 rankings due to his rapid knockout victory.

You don’t traditionally see super fast knockouts in the modern era of the UFC. This match was certainly out of the ordinary and many fans remember it because it really wasn’t that long ago.

It didn’t take long for long-time UFC fans to share their opinion of the fight, but it surely won’t be a fight that Houston Alexander wants to remember any time soon. This fight will likely remain within the top-10 fastest knockouts in UFC history for a very long time into the future.

The Don Frye vs. Thomas Ramirez battle at UFC 8 occurred in February of 1996. This match took place nearly 25 years ago and here it is being remembered as one of the fastest knockouts in the history of the UFC. Don Frye wasted very little time and knocked out Thomas Ramirez within eight seconds.

This match might not be the most popular among the fastest knockouts in the history of the UFC, but you can certainly expect it to remain solidly inside of the top ten for many years to come.

There are only a total four matches that ended at exactly the eight-second mark. The Makwan Amirkhani vs. Andy Ogle UFC battle is the fourth and final match among that category. Amirkhani knocked out Andy Ogle rapidly and created a very memorable moment from UFC on FOX 14.

This match occurred in January of 2015 and is regularly recognized as one of the fastest UFC knockouts in the Featherweight bracket ever.

Nine seconds was all that was needed for Jairzinho Rozenstruik to knock out Allen Crowder at UFC on ESPN+ 12. This is one of the most recent additions to this list because the match occurred very recently in June of 2019.

Rozenstruik went into the match as a heavy betting favorite against his opponent and he surely didn’t let anybody down after striking down Crowder in exactly nine seconds with a knockout.

The Gray Maynard vs. Joe Veres UFC match at UFC Fight Night 11 squeezes into the top-10 fastest knockouts in history with a total time of just nine seconds.

UFC Fight Night 11 took place in September of 2007 and featured several significant fights on the main card. This match is remembered after Gray Maynard improved his record with a victory over Joe Veres just seconds into the match.