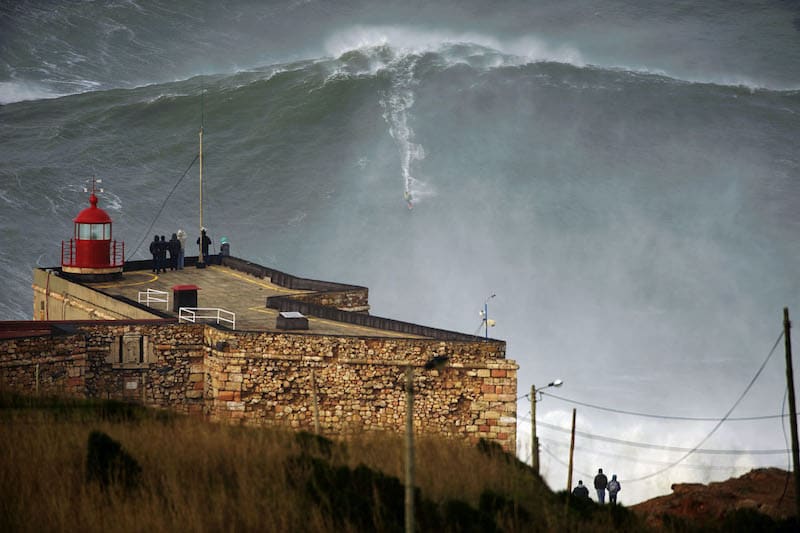 Sports documentaries seem to be a thing at the moment. After ESPN recently announced an original series focusing on NFL legend Tom Brady, HBO is getting in on the action.

100 Foot Wave is a six-part series chronicling the journey of surf pioneer Garrett McNamara. Over the past decade, the big wave surfer has been searching for the fabled 100-foot wave. A visit to a small fishing village in Portugal sparked McNamara’s endless search for the world’s biggest wave.

For years, the biggest wave ever surfed was a massive 35-footer by Greg Noll on the West Side of Oahu in 1969. Many wondered whether a wave that big really existed, leading surfers to search out waves across the globe. Monster waves were soon discovered off the coast of California, Baja, and Maui.

Then, in 2010, McNamara was sought out by Portuguese locals to see if the waves of the small village of Nazaré were surfable. The current Guinness World Record holder of the largest wave ever surfed was in awe of what he saw. Nazaré soon became the go to spot for those wishing to test their mettle, with all the tops surfers braving their life at the big wave destination.

Directed and executive produced by award-winning filmmaker Chris Smith, 100 Foot Wave chronicles McNamara’s 10-year odyssey to surf the biggest wave on the planet. It’s as much about big waves as it is the connection surfers have to both the water and each other.

Filmed across four continents, Deadline describes the series as “the tale of a town and a sport forever changed by that seemingly impossible dream.”

100 Foot Wave will premiere on HBO and be available to stream on HBO Max later this year.

RELATED: HBO announces The Last Of Us stars