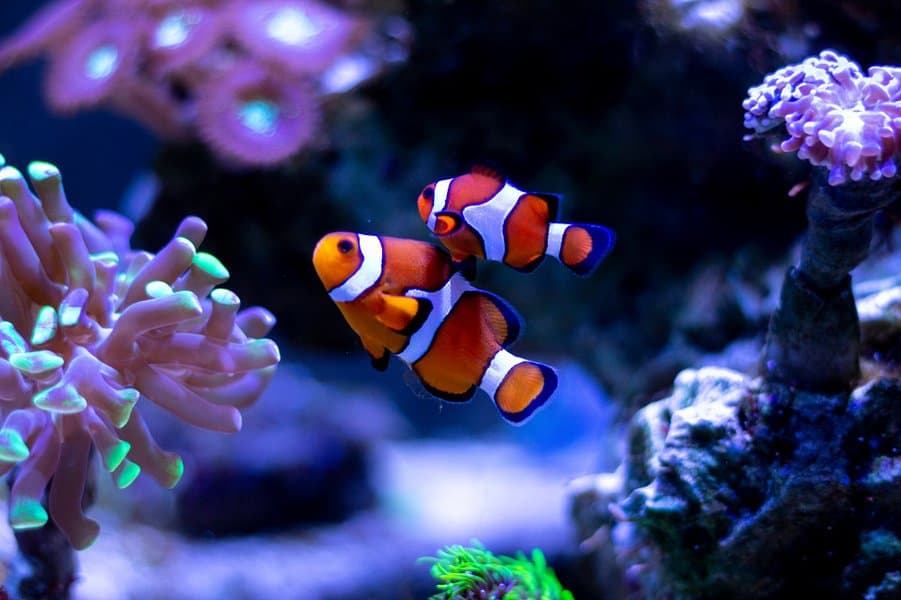 The planet is full of fascinating animal species. While humans still struggle to accept and understand each other, the animal kingdom is far ahead of civilians. Animals don’t waste their time arguing. Instead, they learn to adapt and evolve.

Some animals swing up in the trees, fly in the sky, or swim deep in the ocean. Animals have a knack for evolving and adapting to situations. And unlike humans, many animal groups don’t have separate sexes. Thus, hermaphroditism is common among these groups to reproduce. Hermaphrodite animals are organisms with both reproductive organs.

While there are no hermaphrodite mammals or birds, it’s common among snails, earthworms, and other creepy crawlies. Fish and other sea creatures can be hermaphrodites too, as can plants. Hermaphrodite animals break down into several main categories.

Sequential hermaphrodites are born with one sex but can switch to the opposite sex. They’re also able to produce gametes from both males and females. Simultaneous hermaphrodites are born with both female and male genitalia, meaning they have an xx chromosome and xy chromosome. During mating, they can take on the male or female role. In multiple cases, the animal also has the option of self-fertilization.

Let’s journey into the animal kingdom to discover the animals that don’t adhere to gender roles. 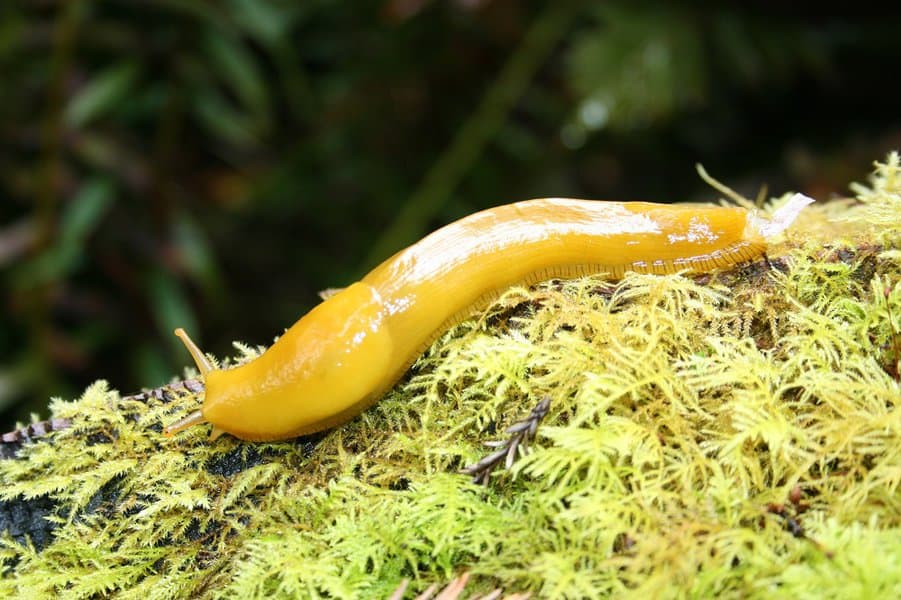 The bright yellow banana slug is easily recognizable as it moves across the floor. A large population lives in North America in redwood forests and douglas-fir forests from California to Alaska. They can reach up to 10 inches in size, making them one of the largest slugs in the world. They move slowly and take their time finding the perfect mate. Banana slugs use their slime with pheromones to attract their mate.

Furthermore, slugs are simultaneous hermaphrodites and can choose any partner. During the mating process, the slugs trade sperm with each other. The slug then uses the sperm to fertilize its own eggs. It’s common for the two slugs to become stuck while breeding. Thus, the female bites off the male organ. Since they’re hermaphrodites, the male banana slug can be a female instead.

The banana slug is one of the most interesting animals in the animal kingdom. After hiding the eggs, the slugs abandoned them to hatch on their own. If no partner is available, the banana slug can self-fertilize. 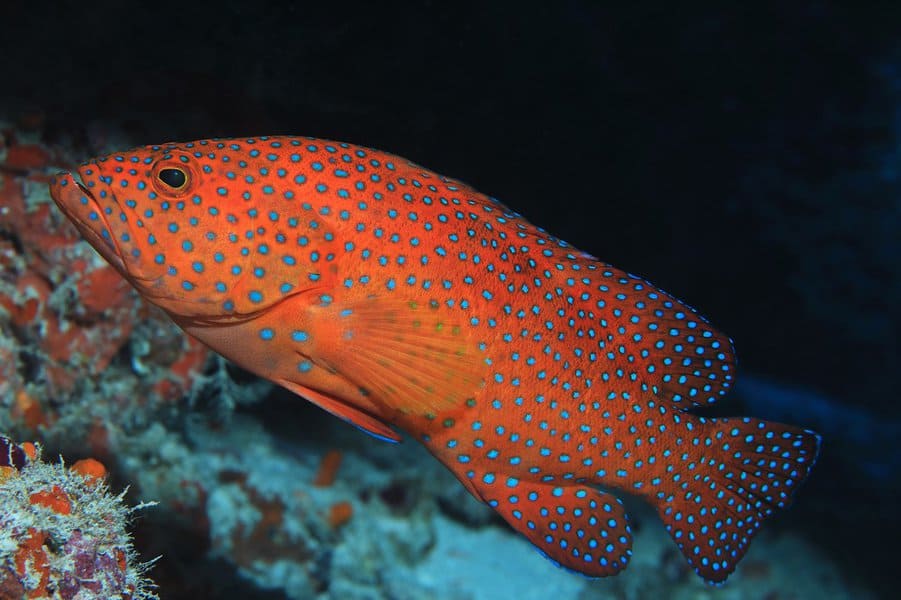 Deep in the ocean swims the extraordinary grouper fish. It might seem like a typical fish, but the grouper’s in a league all its own. The unique species are fast swimmers with plump bodies and large mouths that can go long distances. Groupers are also known for being protogynous hermaphrodites, meaning they have no gender at birth.

Once they reach a certain age, they become female for the first few years of life. They eventually change sex when they reach sexual maturity. Once they’re of age, they challenge other grouper species to assume control over the group. 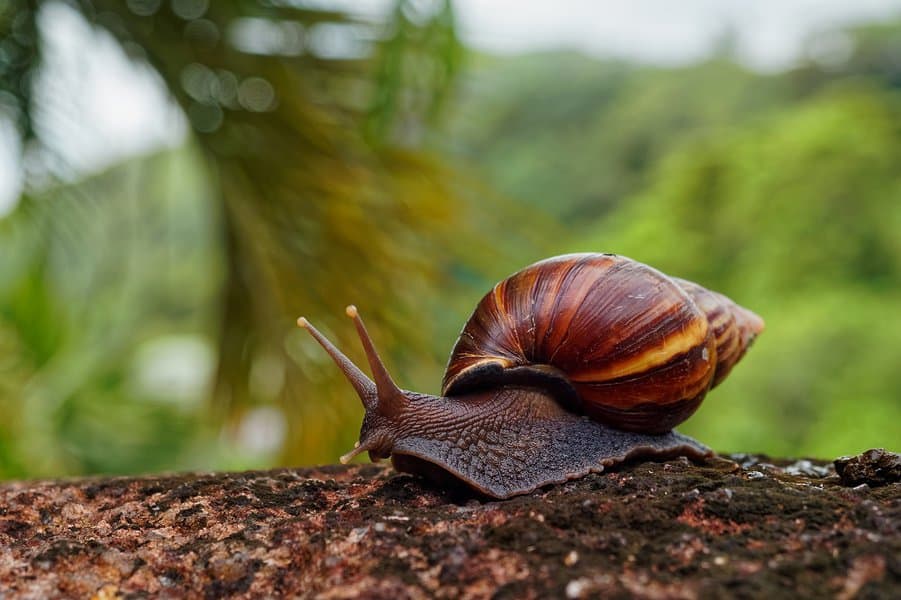 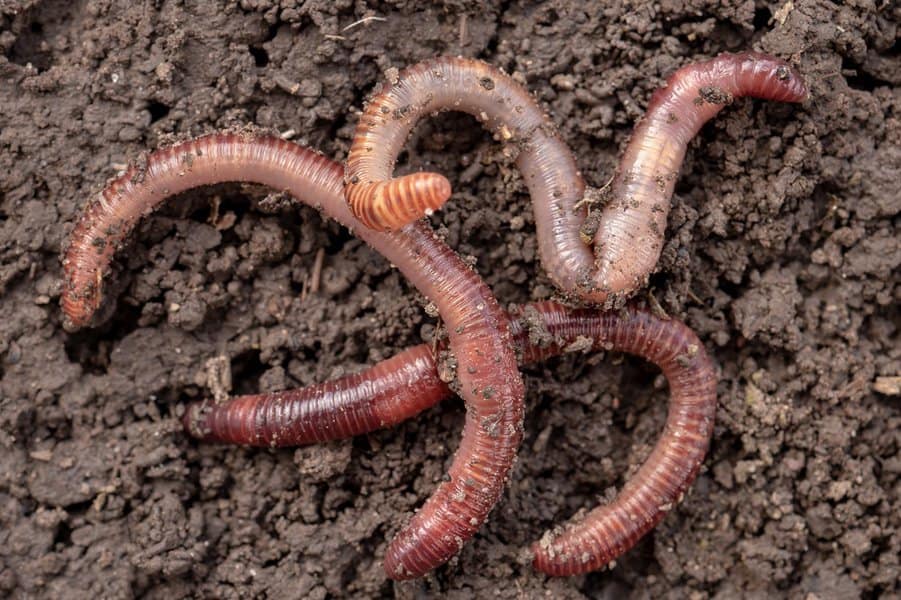 Worms are more than those slimy little creatures that come out after a rainstorm. While they mostly live beneath the surface, there’s one particular reason they come to the surface. Late at night, earthworms emerge from the soil to find a partner to reproduce. The invertebrate survives off of organic matter living deep in the earth. They choose the night to mate to avoid predators waiting to pounce. 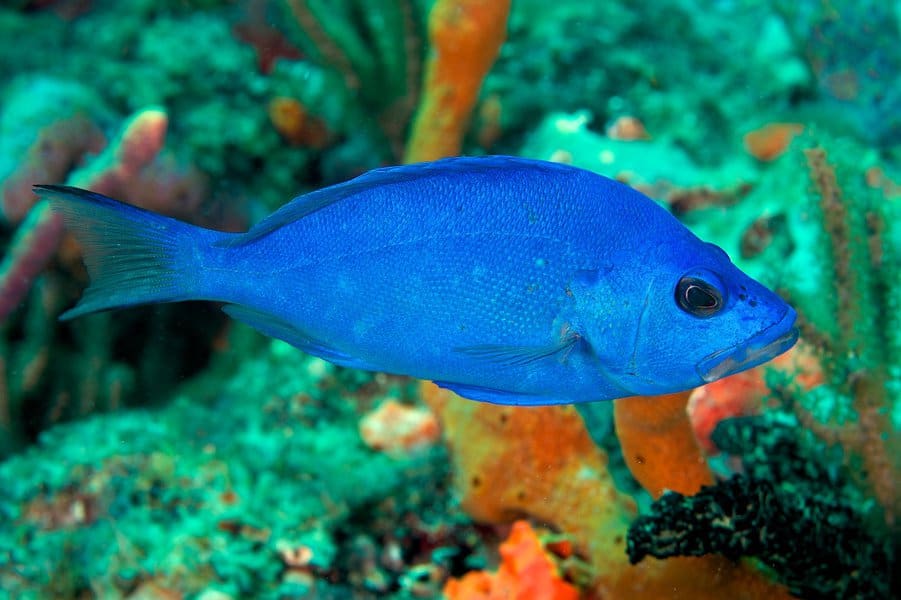 In coral reefs around the Bahamas and Florida, hamlet fish swim, eat and reproduce. The dazzling species is like no other fish in the sea. They famously come in a variety of colors and patterns. Hamlets often stick to the same color pattern when choosing a mate. Luckily, hamlets are not shy to breed in front of divers, allowing for close observations.

Hamlets are synchronous hermaphrodites, meaning they have both female and male sexual organs. Unlike other animals on this list, hamlets don’t self-fertilize when they breed. They meet several times over many nights taking turns being the female and male as they mate. 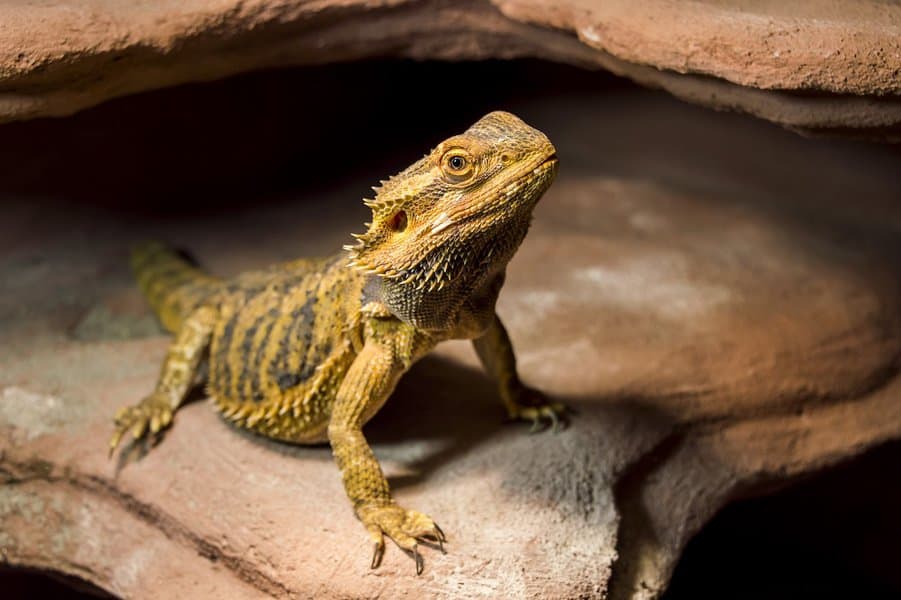 The bearded dragon roams the deserts and subtropical woodlands in Australia. Also known as Pogona, they have long, scaley bodies that puff up when threatened or stressed. The mating process begins when the male bobs his head, waves his arms, and stomps his feet.

They also display temperature sex determination. As the embryos develop, higher temperatures cause dragons with male genotypes to undergo a sex reversal to a female phenotype. So the bearded dragon baby is born female but with a male genotype. Bearded dragons born with both reproductive organs are often infertile.

See more about - What Animals Cause The Most Dangerous Bites?

Few species compare with the distinctive clownfish. They enjoy living in warm water around the Red Sea and Great Barrier Reef. Additionally, clownfish have a unique appearance with orange, yellow, reddish, or blackish patterns. Plus, they form symbiotic mutualisms with sea anemones helping each other survive in the wild.

Clownfish live in a rigid hierarchy, with the most forceful and biggest female at the top. Each clownfish is a sequential hermaphrodite as they’re male until maturity when they become female. Each group has one female and one male that reproduce, meaning the rest don’t breed. Since they don’t self-fertilize, if the dominant female dies, the male takes over as the female, and one male move up the hierarchy. 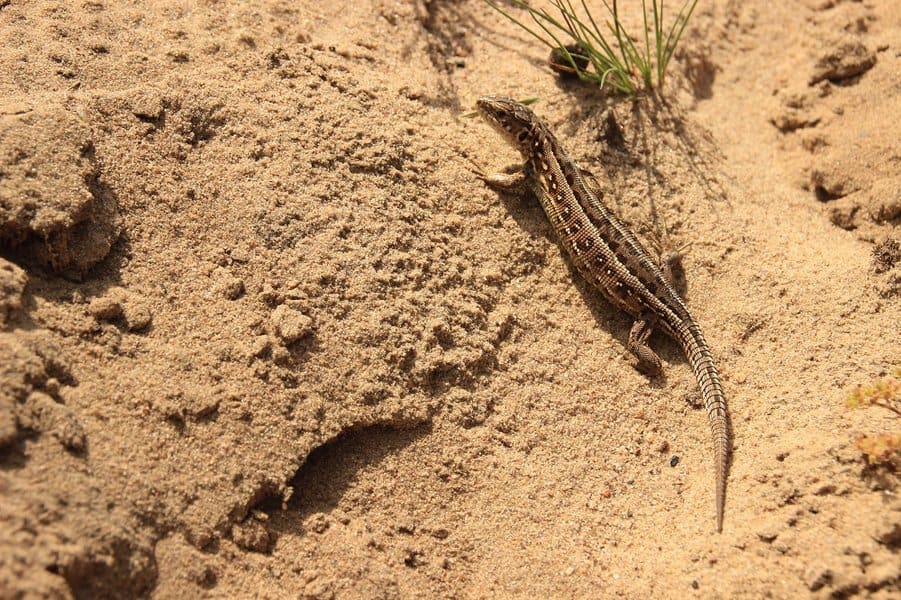 Found mainly in Arizona and New Mexico, desert grassland whiptail lizards are a unique breed of lizard. With long, skinny bodies and thin tails, the species consists of all asexual females. In fact, the whiptail lizard’s reproduction process doesn’t require male fertilization. Instead, they reproduce through parthenogenesis.

Unlike other lizards, the whiptail has chromosome triplets, allowing the asexual animal to produce similar to sexually reproductive animals. While the whiptail is different from hermaphrodites, they share similarities in terms of reproduction. 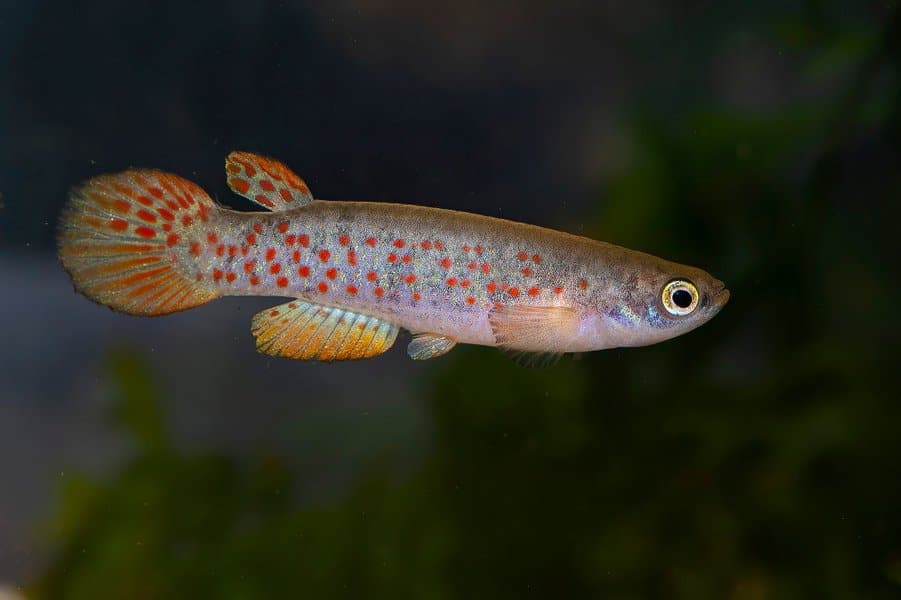 The mangrove killifish lives along the coasts of Florida, Central America, and South America. Also known as mangrove rivulus, the killifish can live on land for 66 days. With its unique jumping ability, it burrows into trees and adapts to its new surroundings. The species contains mostly hermaphrodites, although a few males exist.

Each killifish self-fertilizes as they produce sperm and eggs. They’re one of the most unique animals and one of the few self-fertilizing hermaphrodites, allowing the species to reproduce for generations. 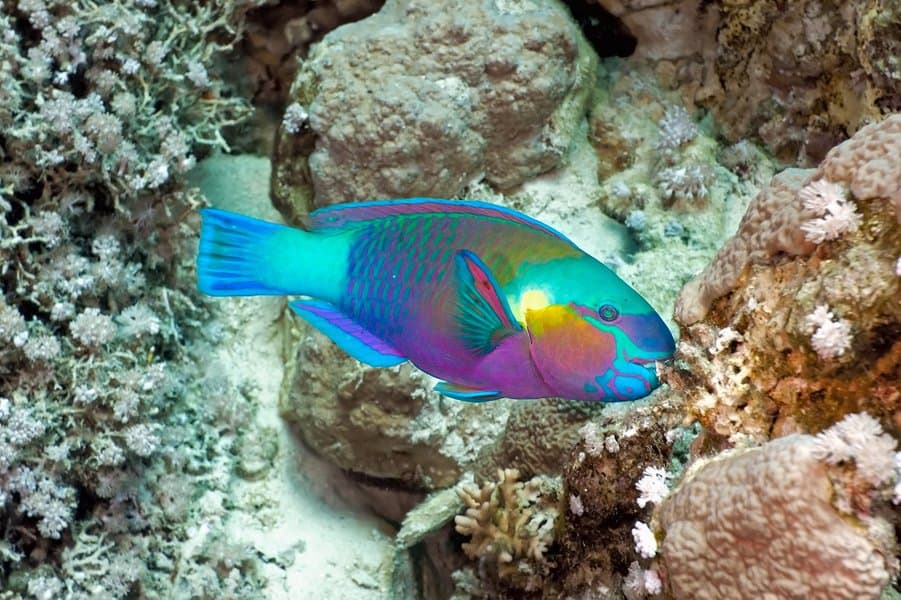 In the Indo-Pacific, parrotfish roam free in seagrass beds and coral reefs. Parrotfish is another species that doesn’t conform to gender norms. For example, parrotfish are protogynous hermaphrodites. This means the majority of parrotfish are female, but they’re born with genitalia from both sexes.

Females can become males to maintain the gender balance within the species. The transformation varies from each parrotfish variation. The parrotfish is one of the most interesting hermaphrodites in the sea. They’re able to adapt and survive in most situations. 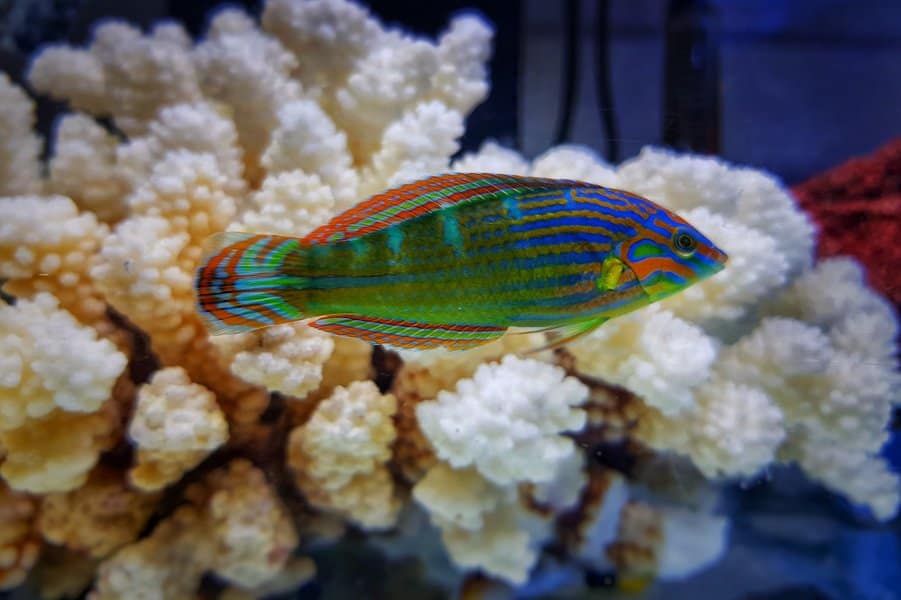 Wrasse is a large group of fishes that break down into several unique sub-groups. They live in various parts of the world depending on the variation. For the most part, they live in shallow water near rocky shores and coral reefs in the Pacific, Atlantic, and Indian oceans. Additionally, wrasse is a protogynous hermaphrodite with a complicated breeding system.

In some cases, they’re promiscuous and polygamous. There are instances of pair spawning as well as group spawning. They’re able to sex change from female to male depending on the situation. The more dominant female often chooses to remain the sole female. 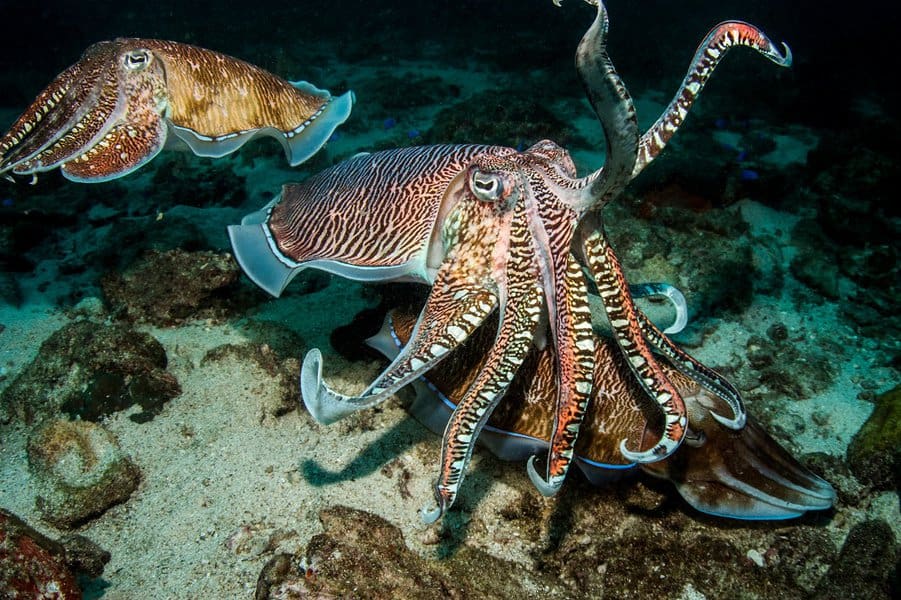 Like humans, male cuttlefish always come up with different ways to score a date. Found across the globe, the cuttlefish has a unique appearance making it easy to recognize. Technically, cuttlefish separate into male and female groups. The males compete for the female’s attention, similar to other animals.

Cuttlefish usually use intimidation and violence to scare off the other male cuttlefish. However, several male cuttlefish take a different approach when trying to win over a female.

The males sometimes disguise themselves as female to trick the larger male into thinking they’re female. They go as far as altering their color and body. In fact, they even pretend to hold an egg sack for reproduction. The male cuttlefish are often more successful with this tactic.