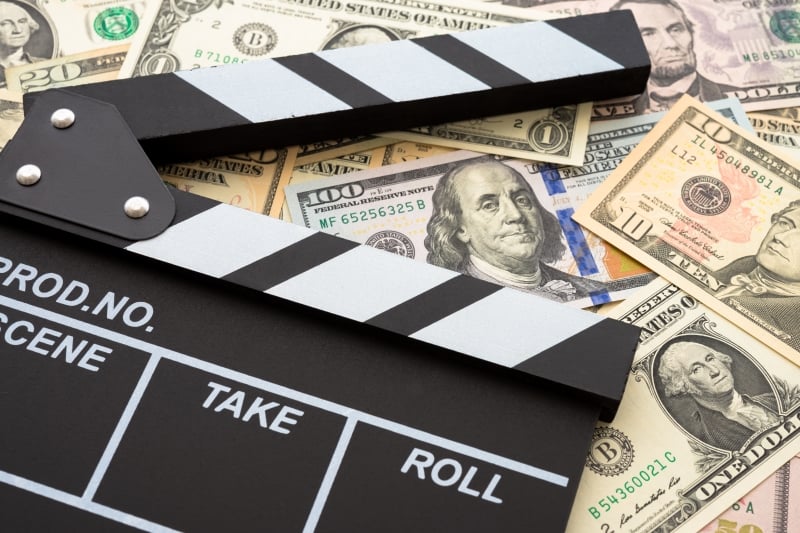 The 10 Highest Paid Movie Roles of All Time

Have you ever watched a movie and wondered how much the actors made? Hollywood is well known for creating memorable films that are also some of the most expensive movies in film history. In recent years, Hollywood has churned out many films with budgets in the hundreds of millions.

However, despite the many films produced each year, Hollywood remains a vicious place with many aspiring stars working years to feature in a movie of their dreams. Yet many never attain a movie role that gives them an enormous payoff.

That doesn’t mean it’s an impossible task. Many respected actors have managed to star in high-paying movie roles. Most of the Hollywood stars on this list have made more money for a single film role than any of us will ever receive in our lifetime.

Although it’s increasingly rare for even big-name celebrities to earn huge salaries in the current climate, it’s still possible. It’s highly likely that you will recognize most of the actors on this list, but one or two might surprise you. Should you want to learn about the highest-paid movie roles and who played them continue reading. 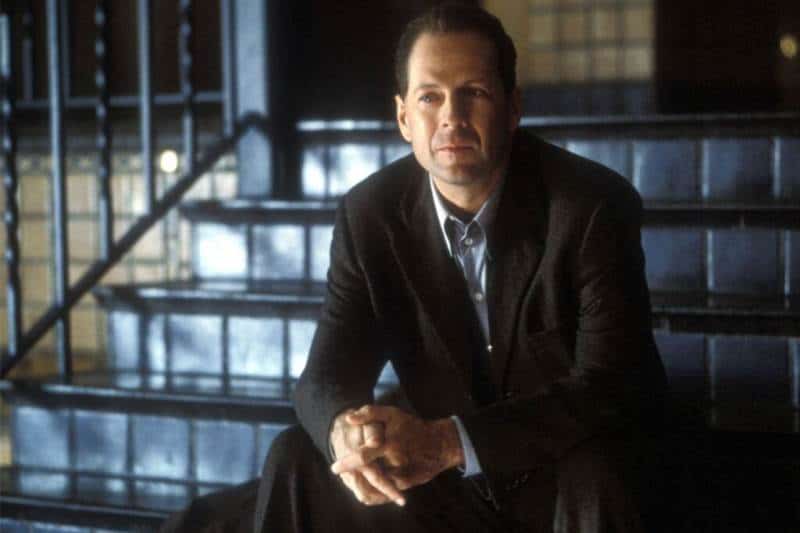 The highest-paid movie role of all time on our list belongs to Bruce Willis for his portrayal of a child psychologist in the film The Sixth Sense. This thrilling movie had one of the most shocking surprise endings and has managed to remain a classic.

The Sixth Sense was a phenomenal movie directed and written by M. Night Shyamalan. Many critics praised the film for its shocking plot twists and atmosphere. The Sixth Sense had a $40 million budget, but it made $672.8 million at the box office.

For his role as Malcolm Crowe in the film, Bruce Willis made a shocking $115 million, which was astounding for the 1990s. Willis was able to earn so much because of his savvy negotiation skills. Before agreeing to take on the role, Willis negotiated for an approximate $20 million salary, additional rights to home video sales, and 15% of the movie’s total global box office earnings. 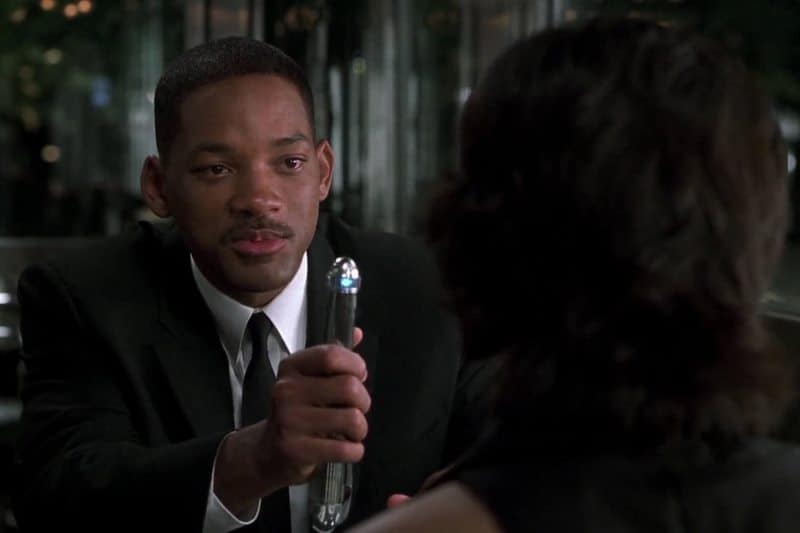 The third installment in the Men in Black franchise made waves in the film industry because of how much one of the actors earned for their role. Men in Black 3 is a science fiction action comedy loosely based on a comic book series with the same name.

Yet, who was the actor who made a record-breaking amount for his role? That honor goes to Will Smith for his portrayal of agent J. It’s believed Smith made an incredible $100 million, which is much more than his fellow co-stars. 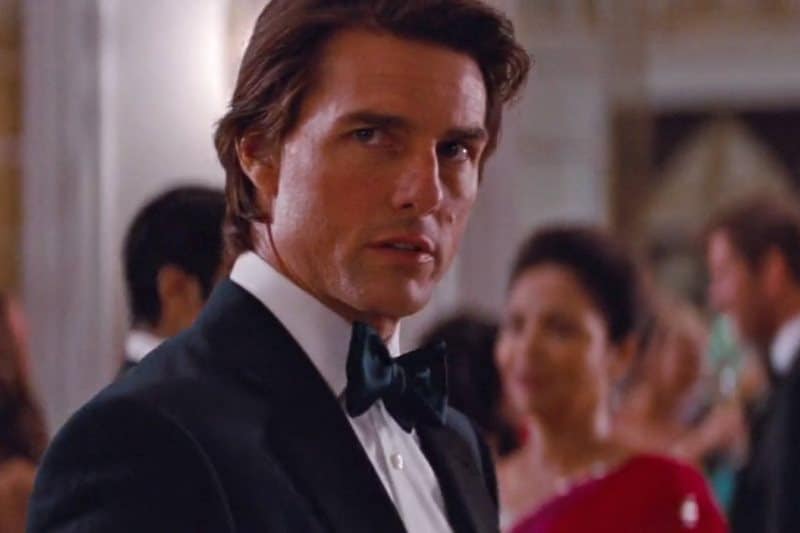 It’s debatable, yet many believe the most popular film franchises in Hollywood to be the Mission Impossible series. These films have managed to rake in incredible profits at the box office and wouldn’t be a success without the film’s main character that Tom Cruise plays.

Thus it isn’t surprising that Tom Cruise earned quite an impressive salary for his role in the film franchise’s fourth installment, Mission Impossible: Ghost Protocol. This action spy movie was directed by Brad Bird and written by Josh Appelbaum. Until it was surpassed by Mission Impossible: Rogue Nation, this fourth installment was the highest-grossing film in the series, with a global box office earnings of $694 million.

Additionally, Mission Impossible: Ghost Protocol was the fifth highest-grossing film in 2011, even though it had a budget of only $145 million. For his role in the movie, it’s reported that Tom Cruise earned $75 million. Due to his impressive earnings, Cruise was able to top Forbes most influential actors in 2012 list. 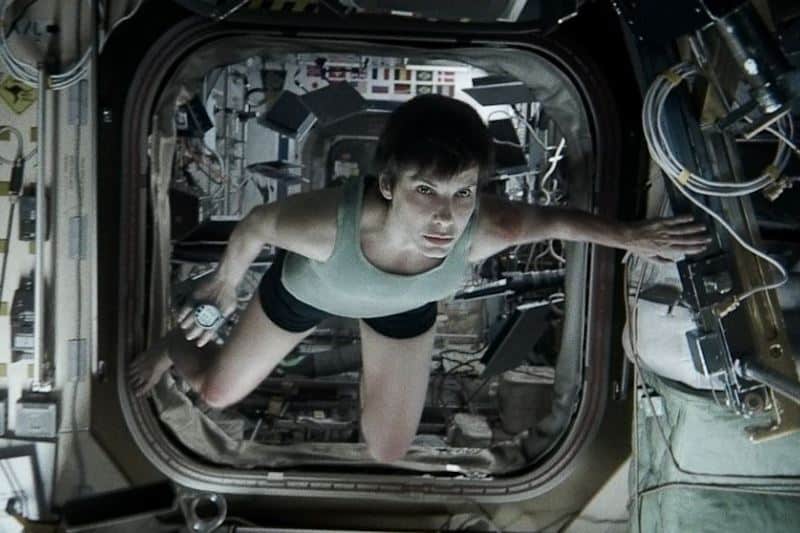 Although Hollywood is dominated by powerful male actors who claim most of the high-paying roles, a few female actors are competing with them. The 2013 science-fiction thriller Gravity is one of the films with a female lead who earned one of the highest paying roles of all time.

Interestingly, Gravity was well received by critics and even managed to receive a whopping 10 nominations at the 86th Academy Awards. The film managed to win seven out of its ten nominations, including Best Cinematography and Best Director.

This movie was written by Afonso Cuaron – who is also its director – and Jonas Cuaron. Although Gravity only had a budget of between $80 and $120 million, it managed to rake in $723.3 million at the global box office.

Sandra Bullock reportedly made $70 million for her role as Dr. Ryan Stone. Additionally, her phenomenal acting skills won her an Oscar nomination for Best Actress. Without Bullock’s impressive acting skills, it’s unlikely this film would have managed to become the eighth highest-grossing film of 2013. 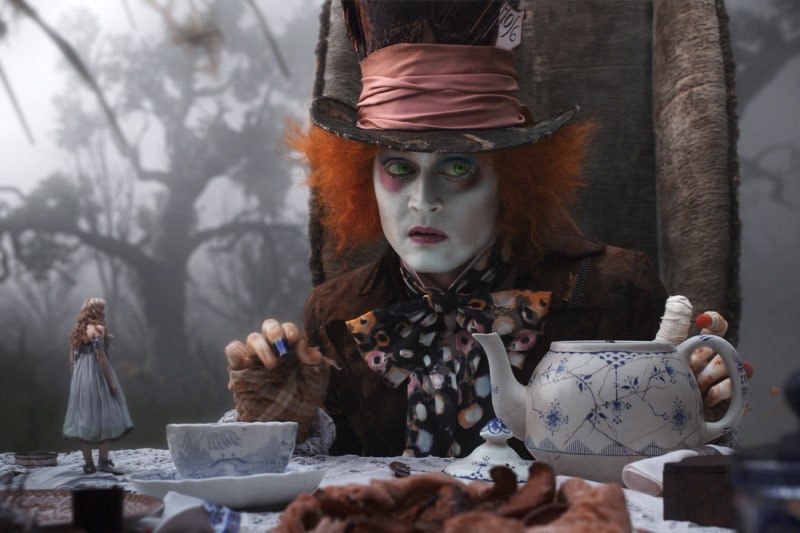 There is one actor well known for accruing some of the very best high-paying jobs in Hollywood. Can you guess who he is? If you thought Johnny Depp, you would be correct. Without his presence in the film Alice in Wonderland, it’s doubtful the film would have garnered as much attention as it did.

Despite receiving mixed reviews after its release, Alice in Wonderland still received three Oscar nominations. The film took home two Oscar awards for Best Art Direction and Best Costume Design which is unsurprising. Additionally, Alice in Wonderland won the title of the fifth highest-grossing film of all time in 2010 with a gross global box office earnings of $1.025 billion.

Tim Burton directed this modern film masterpiece from a screenplay by Linda Woolverton. The casting process for this film was very particular, but Depp still managed to land a coveted role. Although Depp rarely spoke during his role as The Mad Hatter, he still managed to earn a well-deserved $68 million. 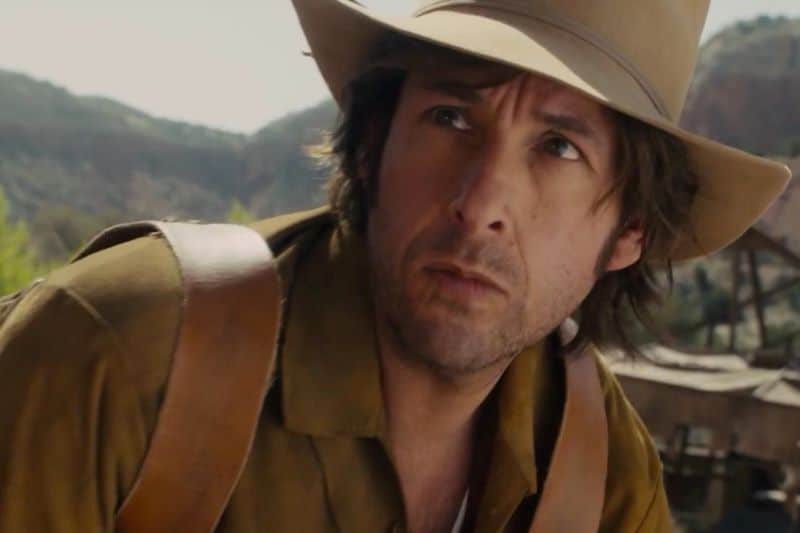 The only Netflix film on our list to have one of the highest paying movie roles belongs to The Ridiculous Six. This film was not that well-liked, nor was it very successful, but that doesn’t mean the leading man Adam Sandler didn’t earn a phenomenal amount.

This 2015 western action-comedy was written by Tim Herlihy with input from Adam Sandler and directed by Frank Coraci. Shockingly, The Ridiculous Six has a 0% rating on the critic’s website Rotten Tomatoes, which is surprising considering the comedic cast.

Although the film had a budget of $60 million, Adam Sandler earned an estimated $67.5 million for his role as Tommy “White Knife” Dunson Stockburn.

7. Harrison Ford – Indiana Jones and the Kingdom of the Crystal ($65 Million) 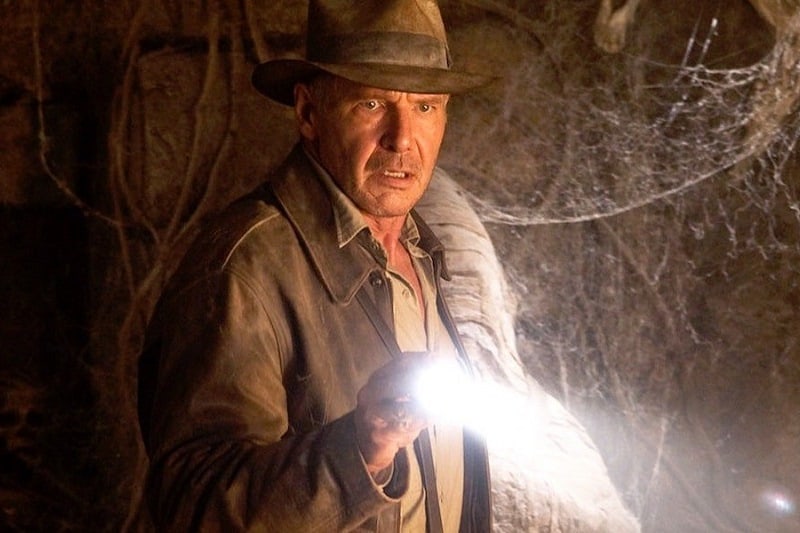 Arguably one of the most iconic American film franchises in American film history is the Indiana Jones film series. Interestingly, the fourth installment, Indiana Jones and the Kingdom of the Crystal, would not have happened if Paramount did not accede to the wishes of leading man Harrison Ford.

According to reports, Ford was hesitant to reprise his role as Indiana Jones. That’s why it took some convincing in the form of a generous salary to get him committed to the fourth installment. Ultimately, Paramount agreed to a deal that split a sizable portion of the film’s earnings amongst director Steven Spielberg, George Lucas, and Ford.

The film Inception is arguably one of the best mind-bending science fiction action movies of the 2010s. Even though the film was released over a decade ago, it has remained one of the most memorable science fiction films to come out of Hollywood.

As the fourth highest-grossing film of 2010, it’s far from shocking that this film has one of the highest-paid movie roles. Inception was written and directed by the famed Christopher Nolan, well-known for his Hollywood blockbusters.

This film managed to win four Academy Awards for Best Sound Mixing, Best Cinematography, Best Visual Effects, and Best Sound Editing. Inception had a budget of $160 million, but it far exceeded hopes with a gross box office profit of $836.8 million.

Yet, Inception would not have been the success it was without Leonardo Dicaprio playing the role of professional thief Dom Cobb. Dicaprio’s acting skills elevated the film’s storyline and made it the success it was. That’s probably why he earned $50 million for the role. 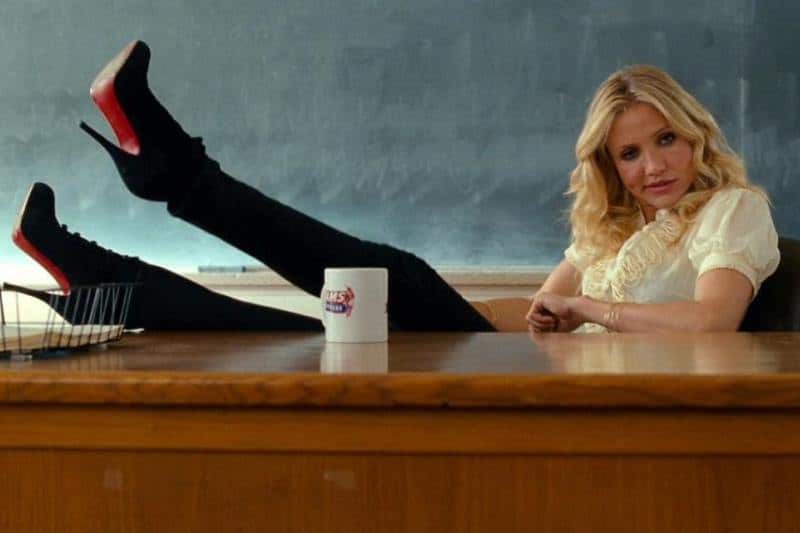 If you enjoy comedy films, you have likely seen the 2011 movie Bad Teacher. Even though this film received mostly negative reviews, it still made a profit on its budget and had one of the highest paying movie roles.

Bad Teacher was written by Lee Eisenberg and Gene Stupnitsky and directed by Jake Kasdan. The film’s budget was a mere $20 million, but it managed to make a sizable $216.2 million at the global box office.

For her role as Elizabeth Halsey, Cameron Diaz made an incredible $42 million, one of the most legendary Hollywood deals of all time. Initially, Diaz agreed to earn $1 million but later decided to renegotiate her contract to include profits from the film’s total earnings. This turned out to be a genius business move as she took home quite the sum. 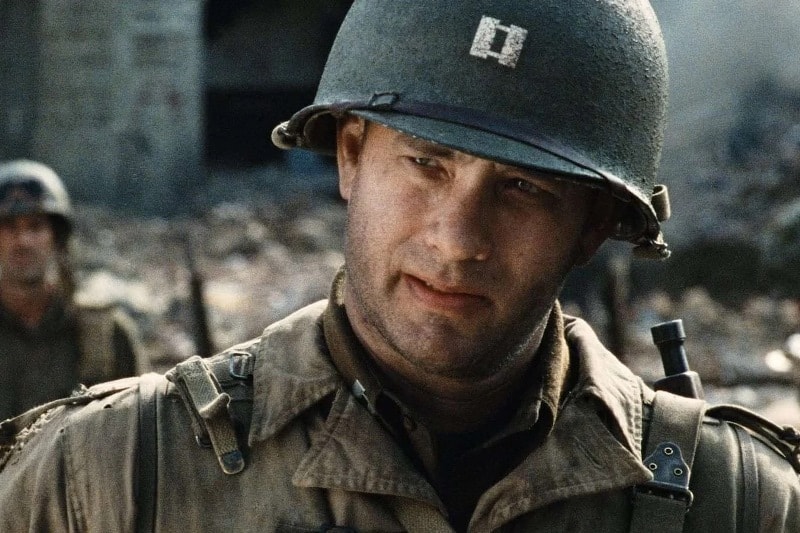 It’s likely that you know who Tom Hanks is. He is an American actor well known for the touching movie roles that have earned him numerous accolades and awards. But did you know for his role in the film Saving Private Ryan he made one of the highest salaries for a movie at that time?

Saving Private Ryan is a 1998 war film easily considered one of the greatest films of all time. It was written by famed writer Robert Rodat and directed by Steven Spielberg. This film had a budget of $70 million but managed to make an incredible $482.3 million, which was impressive for the 1990s. With earnings of $482.3 million, it won the title of the third highest-grossing film in 1998.

For his inspiring role as Captain John H. Miller, Tom Hanks earned a nomination for Best Actor. Yet, that isn’t all he earned, as it’s reported he made a staggering $40 million.