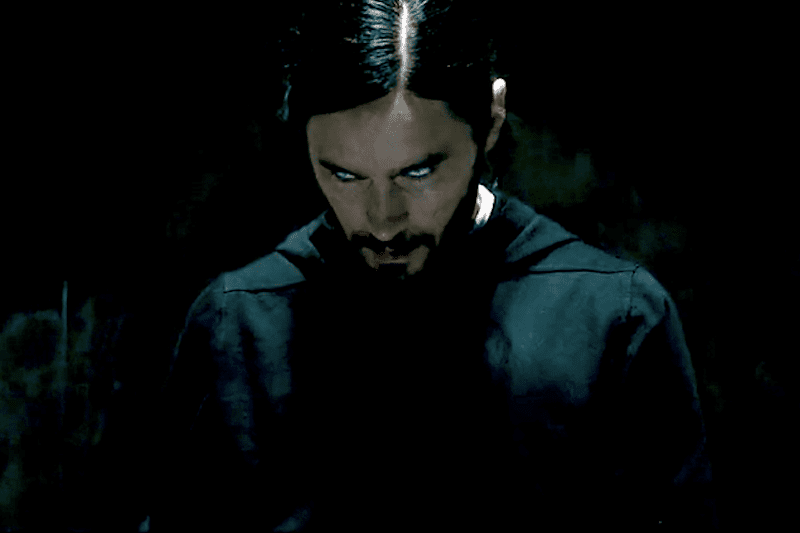 Jared Leto is a Bloodsucking Vampire in Marvel’s ‘Morbius’

After more than a two-year delay Marvel’s superhero flick, Morbius, is finally set to hit cinemas in 2022. Jared Leto stars as the titular character Dr. Michael Morbius, a scientist suffering from a rare blood disease who attempts to cure himself. While successful, his treatment turns him into a vampire. So while he possesses superhuman strength, heightened senses, and other special powers, he also has a blood lust he struggles to control.

The new trailer for Morbius makes the movie seem like an origin story, as we see the good doctor struggling with his illness before transforming into a bloodsucking nightmare. Morbius is very much an anti-hero in the mold of Venom, with the trailer showing him struggling to control his violent impulses. There’s also plenty of action, with Morbius taking down his enemies while also discovering he can fly.

Morbius is somewhat of a strange choice when it comes to Marvel characters getting their own movies. He’s never been a major villain and has more of a cult following amongst comic book fans. While he has made some memorable appearances in Spider-Man comics and had several of his own comics, he’s never taken that next level and become a standout character. That said, he’s certainly a flawed individual, and his struggle with an insatiable lust for human blood while trying to cure his new condition sure makes for an interesting movie.

There’s also the question of where Morbius fits in the Marvel universe. The trailer references three different versions of the Marvel Cinematic Universe (MCU), hinting that it takes place after Spider-Man: No Way Home. Morbius passes a poster with a picture resembling Toby Maguire’s Spide-Man suit with the word “Murderer” spray-painted on it, a possible reference to Far From Home. Then there is a brief shot of the Daily Bugle with headlines involving villains Black Cat and Rhino, a callback to Andrew Garfield’s The Amazing Spider-Man era. Then out of nowhere Michael Keaton’s Vulture shows up, who as any Spidey fan knows, is the main baddie in Tom Holland’s Spider-Man: Homecoming.

What does this all mean? Your guess is as good as mine, but it seems like Morbius is living in a post-Spider-Man: No Way Home multiverse, meaning there could be more to come from the Living Vampire. Of course, this will depend on how Morbius does at the box office.

The latest entry into the MCU will be directed by Daniel Espinosa (Safe House) and co-star Matt Smith (Dr. Who) as Morbius’ good friend Loxias Crown, aka Hunger, Adria Arjona (6 Underground) as Morbius’ fiancee Martine Bancroft, Jared Harris (Mad Men) as Morbius’ mentor, and Al Madrigal (The Way Back) and Tyrese Gibson (Fast & Furious franchise) as FBI agents Alberto Rodriguez and Simon Stroud, who are tasked with tracking down Morbius.

Morbius is set to swoop into theatres on January 28.