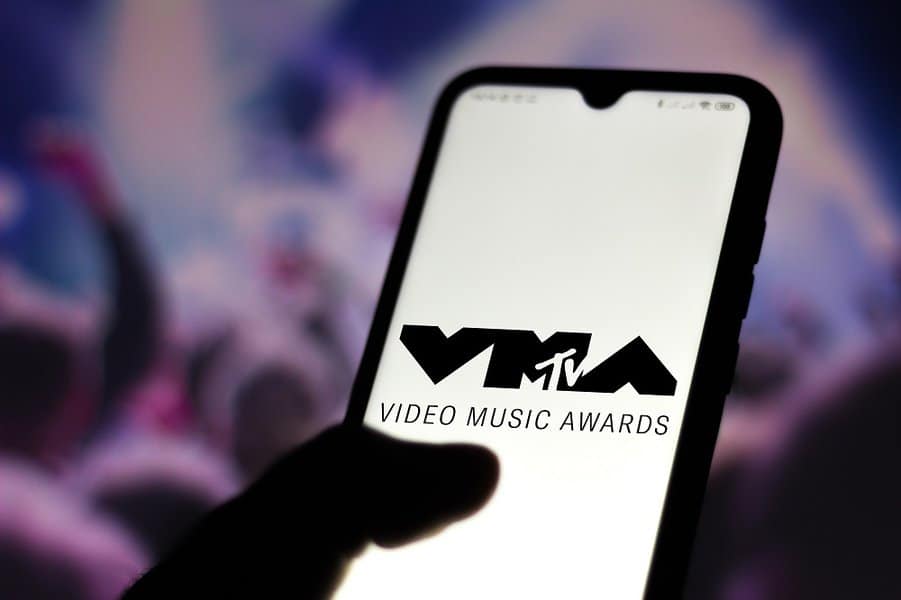 16 MTV Iconic Moments From the VMAs That Are Unforgettable

The MTV Video Music Awards (VMAs) have been around for almost four decades. Once a coveted award that meant a lot to the music industry, the annual award show has slowly become less relevant over the past ten years. That’s not to say artists don’t enjoy appearing on stage to collect their astronaut on the moon statue, it just doesn’t have the luster and prestige it once did.

While the VMAs might not be what they once were, the show still manages to create MTV iconic moments that fans still talk about today. Remember Madonna sharing a kiss with Britney Spears and Christina Aguilera? Or how about Fiona Apple’s acceptance speech that didn’t exactly endear her to fans? And you can’t forget Eminem’s performance of “Real Slim Shady” surrounded by hundreds of doppelgangers.

To celebrate all that has happened at the award show, both good and bad, here are our favorite MTV iconic moments in no particular order.

16 MTV Iconic Moments From the VMAs That Are Unforgettable

Appearing at the first MTV VMAs, Madonna was given the chance to perform her smash hit “Like a Virgin.” Never one to turn down the opportunity for free publicity, Madonna popped out of a cake on stage dressed in a wedding dress and gave a very sexual performance to the appreciative audience. It ends with Madge rolling around on the floor like she’s ready to go.

Kanye West is once again public enemy number one, but he’s always been a bit of a dick. Take this iconic moment from the 2009 VMAs. Taylor Swift was on stage accepting the award for Best Female Video for her song “You Belong With Me” when West took to the stage and grabbed the microphone from Swift.

Before the conservatorship, public meltdowns, and multiple marriages and divorces, Britney Spears was a 21-year-old pop superstar who took the world by storm. At the height of her popularity in 2001, Spears performed her hit “Slave 4 U” at the VMAs while wearing a snake around her neck. And not just a small snake, but a huge python by the name of Banana, who seems to be doing much better than Spears these days.

There’s no better way to let your fans know you’re up the duff than by appearing on a famous award show. Beyonce, rocking a sparkly purple suit was in the middle of performing “Love on Top” when she told the audience, “I want you to feel the love that’s growing inside of me.” At the end of the song, Beyonce whipped open her Dolce & Gabbana jacket to reveal a baby bump. How sweet.

Eminem changed the face of rap when he broke out with The Slim Shady LP in 1999. Although only a moderate success, the album put him on the map, with follow-up The Marshall Mathers LP selling over 25 million copies worldwide and certified 11x platinum.

Rewarded with a performance at the 2000 VMAs, Eminem and hundreds of similarly dressed people with blonde-bleached hair turned up outside the theatre in New York before descending on the venue as Em rapped “The Real Slim Shady.” Once inside, Em made his way to the stage and performed “The Way I Am” in front of an adoring crowd, solidifying his spot as the number-one rapper in the game at that moment in time.

Prince always brings the heat and his 1991 VMAs show was no different, although it included a little more skin than usual. Riding high from the success of his most recent release, Diamonds and Pearls, Prince took to the stage in a yellow jumpsuit to perform hit single “Gett Off.”

There was fire, dance routines, and a lot of sexual tension as Prince gyrated about the stage performing one of his most provocative singles. Prince really turned the heat up halfway through when he turned around to reveal his exposed bottom. It sent the censors into meltdown but once again showed there was nothing Prince couldn’t get away with. The man was a god.

A lot of major events happened at the MTV VMAs in 1999. Lauryn Hill became the first hip-hop artist to win Video of the Year. Tupac Shakur and The Notorious B.I.G.’s mothers, Afeni Shakur and Voletta Wallace, came together to present the Best Rap Video Award. Britney Spears performed at the Video Music Awards for the first time. But the best remembered moment was when icon Diana Ross fondled Lil Kim. Yep, a boob grab became the show’s highlight.

Lil Kim, always known to push the boundaries, wore a dress that exposed one of her breasts, bar for a small shell-shaped pastie that covered her nipple. For some reason, Ross decided to grab her boob while on stage presenting an award with Mary J. Blige, who didn’t seem too impressed.

In an interview discussing what happened with MTV in 2013, Kim said, “I think it was more of like a friendly, ‘Oh, my God, you look sexy, girl, but do you know you have a boob hanging out?’” By the way, if I ever did a movie of my life I would get her to play my mom.”

This is something nobody really needed to see. Robin Thicke (the less said about him the better) was on stage performing his hit single “Blurred Lines” when Miley Cyrus decided to go up to the singer and twerk. Just for reference, she was on stage singing also. It’s not like she came from backstage and decided to get all up in Thicke’s space.

Anyway, the event became a huge talking point of the show and overshadowed great performances from Ariana Grande, Justin Timberlake, and Kendrick Lamar. The critics didn’t like it and neither did most music fans. Unsettling yes, iconic, maybe not so, but it still ranks as one of those unforgettable moments in VMA history.

This odd pairing turned out to be the highlight of the 1992 MTV VMA show. Elton John and Axel Rose sat at dueling pianos backed by the rest of Guns N’ Roses and an orchestra as they put on one hell of a performance. While Elton didn’t really do much, just seeing the pop star collaborating with the biggest rock band on the earth at that time must have been mind-blowing.

Elton would repeat the stunt at the 2001 Grammy Awards when he teamed with Eminem for a rendition of Em’s hit “Stan.”

If there’s one thing you can’t deny about Madonna it’s that she has managed to stay relevant as the music industry changes and evolves. She always seems one step ahead of the game and is willing to do almost anything to keep her name in the spotlight, as was the case at the 2003 VMAs.

Britney Spears and Christina Aguilera, dressed in white wedding attire, came out of a cake and sang “Like a Virgin” in tribute to Madonna’s original 1984 performance. Then Madge, decked out in a sexy black tuxedo number, made her way on stage and performed her new song “Hollywood,” ending the performance by locking lips with both Spears and Aguilera. Necessary? No. Memorable? Yes.

Rock and grunge were truly in season during the 1992 VMAs. While Guns N’ Roses and Elton John might have closed out the show with a goosebumps-inducing performance, Nirvana had fans equally as excited, but for different reasons. This was a band just hitting their peak who had no regard for celebrity or playing by the rules.

Opening their performance with the first few lines of “Rape Me,” which no doubt sent the showrunners into a frenzy backstage, the band quickly launched into an energetic rendition of “Lithium.” It all ended in chaos when bassist Krist Novoselic almost knocked himself out after throwing his bass guitar into the air, failing to catch it as it hit him square in the forehead. Kurt Cobain smashed up his guitar and stood on the drum kit as Dave Grohl strangely called out Axel Rose. MTV iconic moments don’t get much more, well, iconic.

There was a time when Michael Jackson was the biggest thing in music. While hard to listen to his music these days considering all the allegations against him, in 1994 he literally was the “King of Pop.” He had also recently married Lisa Marie Presley, the daughter of the great Elvis Presley.

Many thought the relationship was a sham concocted to take the spotlight off the investigation into Jackson sexually abusing children and to help springboard Presley’s own music career. Whatever the reasons, it was a weird coupling, made even stranger when the two opened the 1994 MTV VMAs and then shared a kiss on screen as if to prove their love to the world. Instead, it came off as desperate and pathetic.

Indie darling Fiona Apple took home the award for Best New Artist in a Video with single “Sleep to Dream.” Taking to the stage without a prepared speech, Apple used the time to call out people who try to be something they are not and urged her fans to be themselves.

“So, what I want to say is – um, everybody out there that’s watching, everybody that’s watching this world? This world is bullshit,” Apple said. “And you shouldn’t model your life – wait a second – you shouldn’t model your life about what you think that we think is cool and what we’re wearing and what we’re saying and everything. Go with yourself. Go with yourself.”

The speech wasn’t received well by critics or fans, with Apple seen as a diva and entitled. Many believed the speech torpedoed her career, but when you listen to the work she has produced since and the way it has been received, that’s hard to fathom. Whether right or wrong, her speech is an iconic moment that will forever be talked about and debated.

9/11 impacted people in many different ways and changed the world forever. Great American songwriter Bruce Springsteen tackled his feelings about the event and the future with the inspirational hit “The Rising.” The show, hosted by Jimmy Fallon, came just over a year after 9/11, with the Boss and the E Street Band in fine form as they urged everyone to “come on up for the Rising.” Inspiring stuff.

Most people forget about Lady Gaga’s horrifying 2009 VMA performance. Overshadowed by Kanye West’s antics, Gaga’s performance has been thrust into the archives of great live performances. A year before she wore a dress made of meat to the award show, Gaga got on stage and performed her hit single “Paparazzi.”

Everything seemed normal until Gaga starts bleeding from the chest, ending the performance covered in fake blood while pulled up to the sky above. While it’s the shock value that appeals, it’s still a decent performance from the hitmaker.

Nothing like a little beef to spice up an award show. After Miley Cyrus called Nicki Minaj “not very polite” in an interview, Minaj decided to take the time to call out the “Wrecking Ball” star while accepting the award for Best Hip-Hop Video for “Anaconda.” She asked Cyrus, “Miley, what’s good?” which doesn’t seem that big of an insult really but has led to a feud that is still on going today, some seven years later.

See more about - 20 Richest Musicians In The World