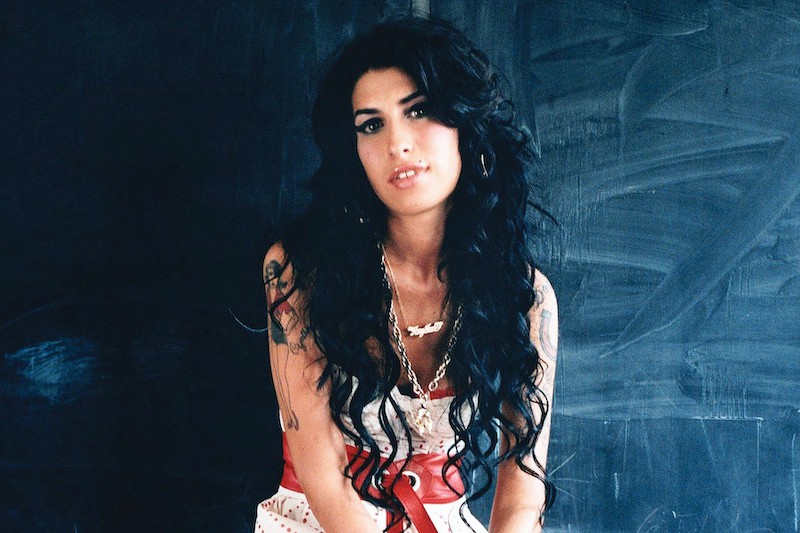 The 10 Best Music Documentaries of All Time

Music documentaries have become a staple for music lovers during Covid-19. With many TV shows and films paused or inactive and live shows canceled due to the pandemic, the ability to watch a live performance, view backstage content from your favorite rock band, or watch a concert film of a great singer has proven a boon for everyone stuck on the couch.

With the Britney Spears and Biggie Smalls documentaries in the news of late, we’ve put together a list of the 10 best music documentaries you must watch, featuring insights into music history, archival footage, uplifting stories, and the odd cautionary tale.

Check out the list below for a collection of music documentary gold across a range of genres.

The 2012 Academy Award Winner for Best Documentary is brilliant because it’s so different from backstage film, rolling concert tours, and flare-ups between band members. It feels almost like a whodunnit crossed with a treasure hunt in parts.

A musician named Rodriguez, hardly known at home in the US, became a huge hit in Apartheid-era South Africa during the 70s. Later down the track, amidst rumors of his death, two fans set out to find what became of the mysterious musician…

Writer and director Malik Bendjelloul (who sadly took his own life in 2015 after struggling with depression) showed a deft touch in helping the two fans collect stories of Rodriguez to find out what happened to the man so admired in South Africa.

From his entry into the genre with 1978s The Last Waltz, chronicling the retirement party concert of The Band, to the Rolling Thunder Revue: A Bob Dylan Story by Martin Scorsese in 2019, filmmaking legend Martin Scorcese has produced or directed some brilliant music documentaries. Check out this filmography:

As far as side projects go, telling a story about one of the Beatles (which he won an Emmy for), producing two Bob Dylan music doco classics (one of which won a Golden Globe), a Rolling Stone IMAX concert film, a Grateful Dead documentary, and chronicling the rise of blues music (where he called in Wim Wenders and Clint Eastwood to direct episodes), is about as epic as it gets.

Watch all of them and appreciate the man behind the camera, as much as those performing in front of it!

Everyone loves a shitshow, especially when it involves Ja Rule.

Fyre Festival was promoted as a luxury music festival on a private island in the Bahamas featuring bikini-clad supermodels, A-List musical performances, and the greatest glamping experience pop culture could create. Instead, they got sweet FA.

Kevin McDonald is another movie-making star – he directed the Last King of Scotland and forthcoming feature The Mauritanian – who makes a cracking documentary (start with One Day in September).

Bob Marley’s universal appeal, impact on music history, and role as a social and political activist has become a blueprint for many artists and the basis for this great music documentary.

Marley is an engrossing film that tells the story of his mystique and status, both in Jamaica and around the world, warts and all. Seriously, did you know that there was an assassination attempt on Bob Marley?

Made with the support of Bob’s family, there is archival footage, incredible live performances, and interviews with the people that were closest to the legendary reggae singer. While it could have been a big PR exercise, with McDonald at the helm the film exposes the depth of Marley the individual, and how he transformed those around him.

My best friend Dodgy and I were in university when these two films were released. Hip-hop music became our world, from Afrika Bambata to the Wu-Tang Clan, and everyone in between.

By tapping into two of the four elements of hip hop – rhyming/rapping and turntabling/deejaying (the other two are graffiti and B-boy dancing) and focussing on the skills rather than the perceived lifestyles, The Art of Rhyme and Scratch helped open the hip-hop industry to worldwide music fans, including a couple of wastrels in Canberra, Australia.

Yeah, everyone should watch the documentary release of previously unreleased live concert footage of Aretha Franklin and choir at the New Bethel Baptist Church in Watts, Los Angeles in January 1972.

Because put simply, Aretha was the GOAT. And trying to capture her brilliance on film was a herculean task.

Production issues and legal wrangling meant we never nearly got to see this piece of live music history, and that would have been a massive shame because without Aretha we wouldn’t have Beyonce or Lady Gaga.

Amy Winehouse died too soon, leaving behind one of R&Bs best ever albums (the magical Back to Black) and another cautionary tale that talent and fame can’t save people from their demons.

Rather than wrap everything up in a sympathetic memorial bow, director Asia Kapadia demonstrates Winehouse’s talent but also closely examines her self-destruction via drug abuse and its context within modern music.

Amy tells the tragic story of one of modern music’s greatest voices, but also asks questions of the watcher, leaving us with what might have been.

With the recent demise of electronic music’s famous helmet-wearing duo, it’s a good time to get into Unchained, a film documenting the French superstar’s house music and their evolution in the music industry.

The film provides great insights into Daft Punk’s creativity, the need for control, and why they were so secretive in their work.

But just as importantly, it chronicles their place within electronic music, and why it’s as indispensable to their character as the robot personas they created.

I found this fantastic documentary into the lives and careers of backup singers utterly fascinating.

Being able to take backup singers from their role in the “choir” to the forefront of an entire musical movie was a gutsy, yet brilliant choice by director Morgan Neville.

It goes a long way to show backing singer’s talents have been underappreciated since the days of big swing bands and that the difference between a superstar and the crew in the background can be very little.

Whether it’s Canned Heat in full flight, a band member off their tits playing instruments, or Jimi Hendrix making his guitar sound like bombs falling from the sky, it’s the only way you can get close to being there.

No list of the 10 best music documentaries can be made without this slice of a pop culture moment in time.

Peace and Love, everyone.

All about the Rolling Stones gig at Laurel Canyon where a murder occurred right in front of the stage.

In the first documentary of Bob Dylan, there’s some brilliant archive footage of the legendary folk singer and artist.

Madonna always knows where the cameras are.

In the early 1980s, a talking heads show was much like a stage play.