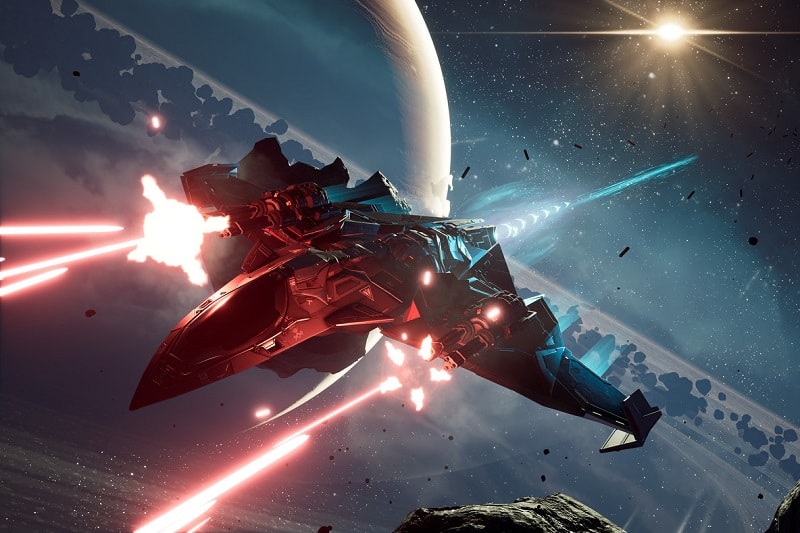 Holidays like Christmas are popular for a lot of reasons. For parents and grandparents, it is usually the season where the whole family gets together. For children, Christmas is the time for gifts and tasty food. This year, the gaming community is in high spirits for the holiday season because of the highly-awaited video game releases.

You gamers have probably heard of the upcoming release of famous titles like Halo Infinite, SpellForce 3, and Disney Magical World 2: Enchanted Edition. While some of the games on our list are already familiar titles, developers are releasing remastered editions or introducing the games to other platforms this Christmas season.

If you are looking for video games to give to your friends and family for the holidays, check out our list of the top video game releases for December 2021.

One of the most anticipated games in recent years, this Xbox and Microsoft exclusive is set to take the gaming community by storm once it is released. Developed by 343 Industries and published by Xbox Game Studios, Halo Infinite is the sixth main entry in the popular Halo series. It is also the 14th game of the franchise overall.

The game continues the main storyline of the series and focuses on Master Chief after the events of Halo 5: Guardians. This first-person shooter features a semi-open world environment where you can explore most of the terrain. Iconic weapons, vehicles, and items, such as the popular Grapple Shot and Thruster, are included in the game as well.

The campaign mode allows you to follow the story, clear enemy forward operating bases, or fight enemies as much as you want. You earn Valor as you capture more bases, which you can then use to get new weapons and vehicles. In the multiplayer mode, there are different modes like deathmatch and capture the flag. You can also play the standard 4 v 4 or big team battle 12 v 12 settings.

A new development with Halo Infinite is that the multiplayer mode in the game is now free to play, unlike its previous installments. The multiplayer has been in open beta since November 15, 2021, as a way to celebrate the franchise and Xbox’s 20th anniversary.

Solar Ash is an all-new adventure platforming game set to be released as a PlayStation and Microsoft Windows exclusive. Platforming games have been popular since they were first introduced in the 1980s. Some of the most famous titles in this genre are Donkey Kong, Mario Bros., Super Mario 64, Contra, and Metal Slug.

Developed by Heart Machine and published by Annapurna Interactive, Solar Ash is set to be the next best platforming game. You play as Rei, a voidrunner inside a black hole who is trying to save her planet. You need to progress across the landscape, avoiding obstacles, and taking out enemies with your sword

While there is an element of combat in the game, the main focus is movement, much like classic platforming games. First announced in 2019 as a follow-up title to Hyper Light Drifter, Solar Ash is meant to be vastly different from the earlier game in terms of mechanics, technology, and other key innovations.

With independent games like Jump King, Pogostuck, and Getting Over It being some of the most played games by streamers in the last couple of years, Solar Ash has the potential to be a top-tier game. Originally set to be released in October 2021, the developers have moved the release date to December in order to fix minor bugs and polish the game as much as they can.

One of the most popular animated series of all time, Teenage Mutant Ninja Turtles has been a fan favorite among children for several generations. Its main quartet, named after Italian Renaissance artists, remains iconic figures with countless toys, clothing, and other merchandise.

Teenage Mutant Ninja Turtles: Shredder’s Revenge is a side-scrolling beat ‘em up video game set to be released for Microsoft Windows and the Nintendo Switch. Developed by Tribute Games and published by Dotemu, it is on track to be the next big title in the genre. Its pixelated art style is a throwback to classic beat ‘em up games like Kung-Fu Master, Street Fighter, and Virtual Fighter.

You can play as either of the four main characters, Leonardo, Donatello, Michelangelo, and Raphael, as well as their human ally, April O’Neil. Fight your way through the streets against popular villains in the series like the Foot Clan, Bebop and Rocksteady, Krang, and the iconic Shredder. The gameplay and design are inspired by classic games based on the same series like Teenage Mutant Ninja Turtles: Turtles in Time.

Teenage Mutant Ninja Turtles: Shredder’s Revenge is meant to be released this December, but rumors persist it may be pushed back to Q1 of 2022, just in time for the 35th anniversary of the original animated series. It features single-player and multiplayer modes, with the latter supporting up to four players in local or online cooperative play.

Originally released in 2017, SpellForce III was the third main title in the SpellForce video game series and the ninth overall game of the franchise. Serving as a prequel to the first game, SpellForce: The Order of Dawn, this game retains most of the gameplay, mechanics, and setting of the main series.

The Reforced version is set to be released in December 2021 for the fifth-generation consoles, PlayStation 5 and Xbox Series X and S. Combining elements of role-playing and real-time strategy games, SpellForce III Reforced follows the story of a mage called Tahar, as well as several supporting characters that help him on his journey.

You can use different weapons, collect items, and use your abilities to fight through enemies. The many maps let you gather resources, construct buildings, and create more units with their own set of abilities. The game also features both single-player and multiplayer modes, with the main campaign allowing up to two players in cooperative mode. If you are feeling competitive and tired of the campaign grind, you can opt to fight against AI or other real players.

The game’s isometric perspective allows you to rotate the display. Depending on which map you are playing in, you are sometimes able to control a whole group of characters.

Developed and published by Spike Chunsoft, this collection will give players smoother, more polished versions of their favorite Danganronpa games. The developers have enhanced the user interface, touch controls, and added a lot of event scenes, new character voices, illustrations, and countless other design features.

One of the games included in the collection, Ultimate Summer Camp, is a standalone remaster of the board game type minigame, Ultimate Talent Development Plan (UTDP).  First released as a post-game bonus minigame in Danganronpa V3: Killing Harmony, It is set in an alternate universe where all your favorite characters from the four main games can interact in a non-violent environment called Jabberwock Island.

In this new game, you can play as any of the main characters from the series and unlock more by earning cards through the Ultimate Card Death Machine. This element is similar to the MonoMono Machines in the main series. You can use your characters on the board game mode and level them up. Each party can include up to four characters, each with unique stats and abilities.

Following in the footsteps of iconic snowboarding video games like ESPN X Games Pro Boarder, Shaun White Snowboarding, and SSx, Shredders is set to be the next big title in the genre. Hinting at a competitive multiplayer mode, this game might enter the meta of party games with friends just like the more popular FIFA and NBA 2K titles.

The game will provide players with a realistic snowboarding experience where you can let your imagination run wild. You can even combine the standard snowboarding movements and mechanics with your own unique style. Shredders gives players a lot of control over the game mechanics that will allow them to create the most unorthodox jumps possible.

Snowboarding is a sport that only people from specific places can play because it requires a certain climate. If you are not from a snowy place, Shredders is a great way to experience the sport from the comfort of your own home. Gameplay has not been featured in their trailers yet, but it seems like taking videos and posting on social media may be an added feature in the game.

Developed by Fishlabs and published by Deep Silver, this upcoming combat video game is set in outer space. Chorus is a third-person perspective combat game that follows the story of Nara, a starcraft pilot who mans the famous Forsaken. With music from composer Pedro Macedo Camacho, Chorus boasts an immersive experience unlike any other.

The spaceship can be armed with a wide array of weapons like laser cannons, machine guns, turrets, and missile launchers to protect itself and take out enemies. There are three mod slots in the ship you can use to improve its performance in combat. While most of the game’s features have not been announced yet, the developers have hinted at several interesting mechanics.

The open-world environment allows you to explore Chorus’ version of space, where you can also go on various side quests, explore ancient temples and lands, and interact with other characters. Some side quests involve the temples and solving puzzles within them to get aether as rewards. Aether is a resource that grants Nara new combat abilities that will help her later on.

The game is set to be released in December 2021 for fourth and fifth-generation consoles and Microsoft Windows. It follows the popular space video game genre but introduces new combat mechanics and its own twist on spaceship combat.

Originally released for the Nintendo 3DS in 2015, Disney Magical World became a very popular life simulation video game that introduced players to both new and old Disney characters and worlds. Developed and published by Bandai Namco Studios, the game is set to get a Nintendo Switch release in December 2021. During its original release, players in Japan were able to purchase Mickey Mouse-designed 3DS units together with the game.

With Disney bringing the game to the Switch, players have a chance to see their favorite Disney settings on a larger scale and with better graphics. This sequel to 2013’s Disney Magical World introduces new costumes, characters, worlds, and a lot of features.

Characters from Mickey Mouse and Friends, The Three Little Pigs, Snow White, Pinocchio, Fantasia, Cinderella, The Little Mermaid, Frozen, and a host of other Disney films and animated series will make their appearance for the first time. There will also be additions from Peter Pan, Alice in Wonderland, Aladdin, Hercules, Lilo & Stitch, and Tangled, among others. Disney has been a part of families’ lives for generations, so it is safe to say fans of all ages will be excited to get to visit that world on the Switch for the first time.

See more about - 10 Must Play Games For Fans Of ‘Skyrim’