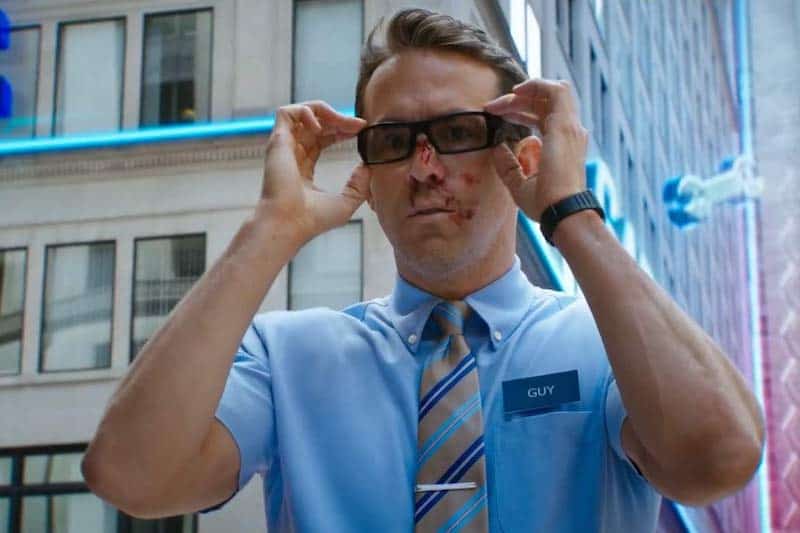 Ryan Reynolds Fights To Save the (Virtual) World in ‘Free Guy’

Although promotional material for Free Guy started appearing before the COVID-19 pandemic (it was supposed to be released in July of 2020), the film’s release date is finally here! Directed by Shawn Levy (Night at the Museum) and written by Matt Lieberman (Scoob!) and Zak Penn (Ready Player One), Free Guy follows a bank teller (Ryan Reynolds) as he slowly learns that his life is actually a part of a larger video game.

Ryan Reynolds has been on a roll these past few years, to the point where the action-comedy star is beginning to be his own genre. From the two Deadpool films to Detective Pikachu, and even The Hitman’s Bodyguard (with a sequel entitled The Hitman’s Wife’s Bodyguard is set to be released this summer), Reynolds has found the action-comedy formula that seems to work. Watch the latest trailer for Free Guy below to see what we mean.

In Twentieth Century Studio’s epic adventure-comedy “Free Guy,” a bank teller who discovers he is actually a background player in an open-world video game decides to become the hero of his own story…one he rewrites himself. Now in a world where there are no limits, he is determined to be the guy who saves his world his way…before it is too late.

With video game movies like Ready Player One and Wreck-It Ralph having become immensely popular in recent years, it’s no wonder that Free Guy would be the next blockbuster hit. But, it’s like the poster for the film says: “life’s too short to be a background character.”