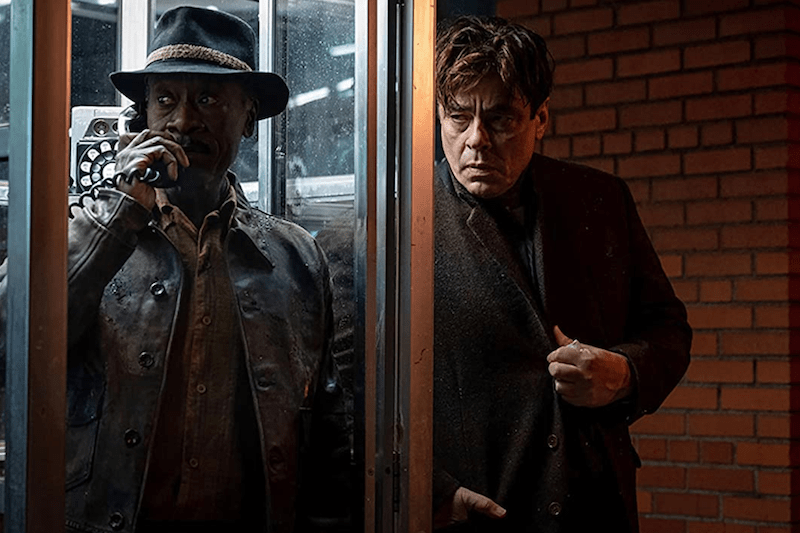 Ocean’s Trilogy director Steven Soderbergh is at it again, this time with a couple of 1950s goons who are on the run, seemingly from those who hired them in the first place. Soderbergh’s latest film, No Sudden Move, features an exciting ensemble cast in an interesting period setting, all under the clever orchestration of the director/photographer/editor.

In 1955 Detroit, a group of small-time criminals are hired to steal emerging car technology. When their plan goes horribly wrong, their search for who hired them – and for what ultimate purpose – weaves them through all echelons of the race-torn, rapidly changing city. From Academy Award-winning director Steven Soderbergh and starring Don Cheadle, Benicio del Toro, David Harbour, Ray Liotta, Jon Hamm, Brendan Fraser, Kieran Culkin, and Amy Seimetz and Julia Fox.

Between what looks to be outstanding performances from Don Cheadle (Avengers: Infinity War), Benicio del Toro (Sicario), and David Harbour (Stranger Things) and the edge-of-your-seat thrill of the 50s Detroit gangster scene, it looks like we’re in for a real treat. With such a talented cast under Soderbergh’s specific vision, No Sudden Move is looking to be one of the better event films of this post-pandemic summer.

No Sudden Move is set to be released on July 1st on HBO Max.