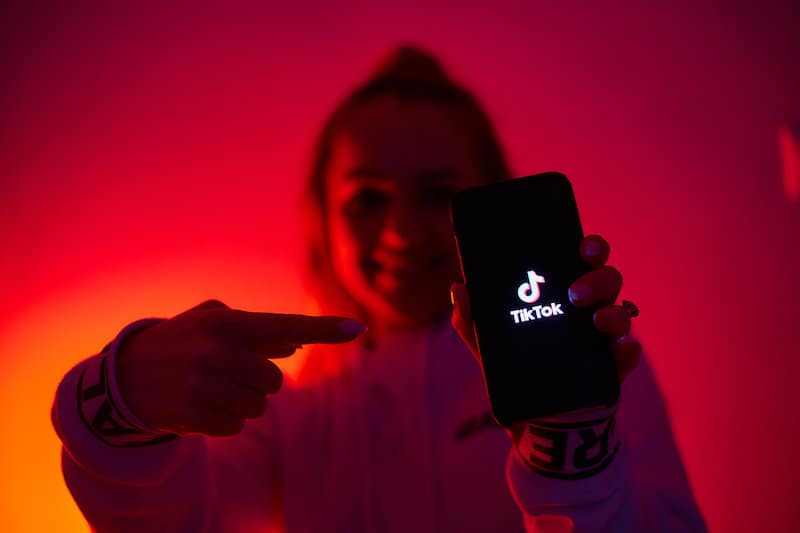 TikTok is where content creators and influencers can post various videos to millions of followers. Of course, TikTok creators love to sing and dance on social media platforms. The only thing more popular is funny videos. Indeed, several funny TikTok accounts make millions of people laugh each day. Many content creators constantly post several short videos in a single day. They gain huge amounts of followers and become household names.

As a matter of fact, several celebrities have even become more famous due to their TikTok accounts. They expanded their brand and continue to gain followers. At the same time, users discover fresh new content creators on TikTok partly because of their funny videos. Many social media personalities post various videos to their accounts, including new music, fashion tips, and life hacks. Regardless, the hilarious videos are the best part of most funny TikTok accounts.

@khaby.lame If @50 Cent had to do a casting in the 19th century. 🤣 #learnfromkhaby #learnontiktok @tiktok @tiktokcreators ♬ sonido original – 0riginal_G7

Khabane Lame is easily the funniest content creator on TikTok. Indeed, he’s the most followed TikTok account with an astonishing 147.7 million followers. After a quick glance, it’s easy to see why he’s so popular. He posts a wide range of hilarious videos to his millions of followers. He usually makes videos mocking complex life hacks or other viral videos. He even posts content with famous celebs, including Jason Derulo.

@bellapoarch Gotta bring the energy on set for this music video! 😴 ☕️ If you’re new to @Cash App make sure you use my code POARCH when signing up for $15 #partner #dollas4dolls ♬ Dolls – Bella Poarch

As of August 2022, Bella Poarch is the third most followed TikTok account with a remarkable 90.9 million followers. Her stunning beauty and incredible musical talent might get everyone talking, but it’s her funny content that steals the spotlight. Poarch’s quirky sense of humor shines through in various funny videos.

For instance, her content features hilarious interactions with her cat, her love of sushi, and running from her responsibilities, just to name a few. Poarch isn’t afraid to be the butt of the joke either and will post videos of her failing. She also has the most liked video on TikTok.

Zach King is one of the funniest TikTok stars on the platform. Indeed, his creative and funny videos made him the 6th most followed account with a whopping 69.1 million followers. King edits his mind-bending videos to make it appear that he’s doing magic. He has several funny videos, including King riding a broomstick, working out with Tony Horton, and golfing with Tom Brandy. King and his wife appeared on the 28th season of the Amazing Race featuring social media influencers. TikTok accounts don’t get much funnier.

Social media personality Loren Gray initially gained attention for her fashion sense and music. However, her funny videos are the true highlight of her TikTok account. Even the content featuring her music, fashion sense, or dancing is still funny. She has a goofy and honest personality that connects with her followers. As of August 2022, she’s the 14th most viewed TikTok account with 54.6 million followers.

Brittany Broski is taking TikTok by storm with her charm and sarcastic commentary. Broski, or kombucha girl, has a contagious laugh and smile that connects with her followers. Indeed, her simple videos have her followers laughing out loud. Broski’s witty sense of humor and honesty helped her gain 7.1 million followers.

Comedian Killian Sundermann is quickly becoming one of the funniest TikTok accounts. His funny content features quirky characters and hilarious commentary. He was born in Ireland and raised by German parents. Killian uses this in many of his videos. He started to gain a large number of followers after posting a video showing the difference between the Irish and Germans accepting a slice of cake. The hilarious video helped launch Killian’s TikTok career.

@therock For the record, I DO wash the backs of my knees and I have all 10 toes accounted for 🦶🏾🦶🏾😂 @imkevinhart and I had too much fun making #DCSuperPets ♬ original sound – The Rock

Dwayne Johnson’s charismatic personality and hilarious sense of humor shine on his TikTok account. Johnson’s currently the 12th most followed TikTok account with 55.7 million followers. Indeed, Johnson often posts inspiring and hilarious content. He also posts cute and funny videos with his kids. Of course, nothing’s funnier than a video with Johnson and Kevin Hart. Johnson and Hart have incredible chemistry and love making fun of each other on TikTok.

Addison Rae’s currently the 4th most followed content creator on TikTok with 88.5 million followers. Rae doesn’t necessarily post funny videos featuring a character or mocking a trend. Instead, Rae’s natural sense of humor shines through when she hangs out with family, goes to a basketball game, or takes a pottery class. Most of her videos feature her dancing, giving makeup tips, and looking beautiful. Indeed, the comedy comes from Rae being herself.

Jason Derulo is a world-famous musician that’s released several chart-topping singles. He’s currently the 15th most followed TikTok account, with 52.5 million followers. Derulo’s social media presence and TikTok content make him one of the funniest influencers on the platform. For instance, one TikTok video features Derulo swinging around the city like he’s Spiderman. In another funny video, Derulo sleeps comfortably in his basement after winning an argument.

TikTok sensation Charli D’Ameilo often battles for the top spot of most viewed TikTok accounts. As of August 2022, D’Amelio is the second most viewed account with 144.6 million followers. She may regain the top spot soon if she keeps posting funny videos. D’Ameilo doesn’t post many funny sketches, characters, or commentary. Instead, her comedy comes from dancing and funny viral videos. Her witty personality shines when doing everyday activities.

Brooke Averick is one of TikTok’s funniest and brightest stars. The famous TikTok influencer has quickly gained a considerable following on the social media platform. Brooke’s funny TikTok account features hilarious videos, such as when she showed her mom her unique diving technique. Her TikTok videos feature her sarcastic and silly sense of humor. She continues to grow in popularity on the app.

Tadhg Fleming first gained fame as a Facebook star after posting funny content. When a hilarious video of his parents trying to catch a bat went viral, he changed his approach. Tadhg moved over to TikTok and features his hilarious family in each video. The Fleming family’s popularity grew, and the funny family became viral sensations. Tadgh’s unique sense of humor combined with his hilarious family has proved to be a winning formula. Fleming has one of the funniest TikTok accounts around.

TikTok user Axel Webber is one of the young people who will be the platform’s future stars. He’s already made quite the impact with his funny content, goofy personality, and honest commentary. Webber started to gain a following after posting a video about his tiny apartment in New York. However, his popularity exploded when he shared a rejection letter from The Juilliard School of Music, and singer Charlie Puth responded.

Ethan Poisson is quickly becoming one of the most popular TikTok users. His funny videos have gained quite the following. The Gen Z influencer displays a sarcastic and dry sense of humor in his videos. The young star has already amassed 1.5 million followers on TikTok. Of course, that number will continue to grow as he creates more funny content.