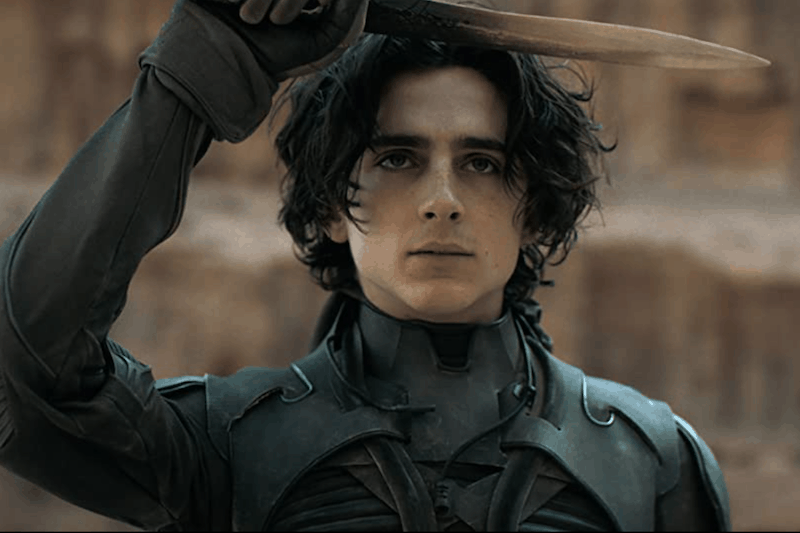 The hotly awaited new trailer for Warner Bros. and Legendary Pictures production of Dune has been released.

24-year-old Chalamet plays protagonist Paul Atreides, “a brilliant and gifted young man born into a great destiny beyond his understanding, who must travel to the most dangerous planet in the universe to ensure the future of his family and his people.”

The trailer shows off the film’s key characters, wicked space sets, killer costuming, a bit of well-placed humor, and some explosions, while the slender Chalamet shows off some impressive knife skills.