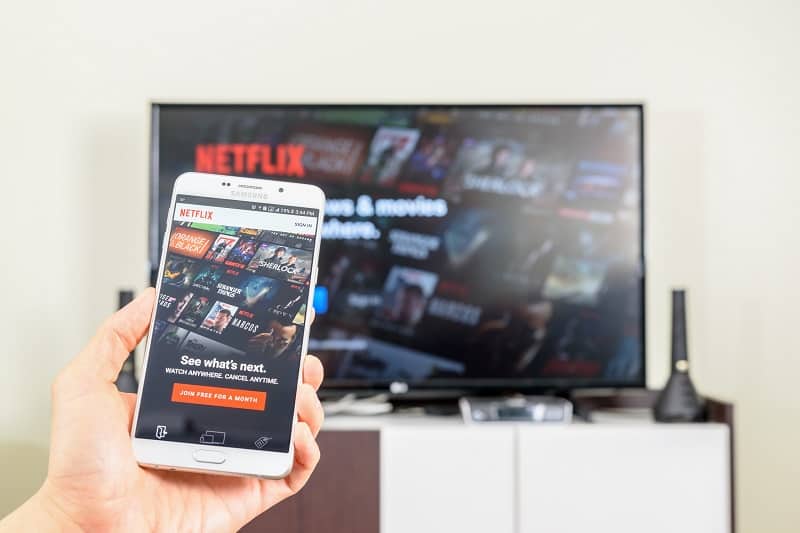 What’s Coming to Netflix in March 2022

Get out your Coogi sweaters and Nic Cage memes, throw on some Biggie Smalls and get ready to check out the latest releases dropping on Netflix this March. The following collection includes classic action films and thrillers, foreign language exclusives, monster anime, returning cartoons, and hugely anticipated documentaries in the world of sport and entertainment.

The skinny: This documentary tells the story of legendary rapper Notorious B.I.G. when he was just Christopher Wallace, with rare footage captured by his best friend Damion “D-Roc” Butler.

While the circumstances surrounding his death, and that of fellow rap star Tupac Shakur, have been dramatized on film and television numerous times, this documentary is a close-up look at the early life of Biggie Smalls as told by his closest friends and family.

2. Seven Souls in the Skull Castle

The skinny: Described as “a Japanese action romance where seven spirited souls take on the dark threat growing in shadowy Skull Castle,” Seven Skulls in the Soul Castle sounds like a hoot.

You’ll see from the trailer it’s a theatre production, but it also delivers the goods from an action-adventure standpoint (and that introductory shot of the seven is fire). If you’re into Japanese live-action cinema or films about good guys and bad guys, this could be the ticket for you in March.

The skinny: Two of Japan’s best-loved genres, Kaiju (Monsters) and anime, meet for a Netflix release based on the Pacific Rim films which featured Idris Elba and Charlie Hunnam.

A teenage boy and his younger sister search for their parents using a giant mobile weapon known as a Jaeger. Jaeger’s are massive robots used to fight the giant sea monsters called Kaiju, that come up from a shelf on the Pacific Rim and wreak havoc if they aren’t stopped.

The Skinny: This Netflix Original French crime series from Nicolás López and Ange Basterga is about a music director creating a new music video by embedding with a notorious drug dealer wanting to break into the rap game.

The found-footage style story reveals the true face of drug dealing when the director gets caught up in a bloody gang war.

The Skinny: A partial reboot of the critically acclaimed Emmy Award-winning docu-series covering college athletes, their coaches, and support staff.

Last Chance U has traditionally covered JUCO gridiron, however, the focus now shifts to covering basketball. The eight episodes follow the East Los Angeles College Huskies and the hardships the team faces.

The skinny: Allison (Jennifer Garner) and Carlos (Edgar Ramírez) go out of their way to grant every wish from their kids by saying yes. For 24 hours their three kids get to make all of the rules.

The skinny: Season three of the popular comedy animation series from the creators of Brickleberry is more of the same; lewd, crude, outrageous, and utterly hilarious shenanigans about the world’s worst-performing Police Department.

The Skinny: This underrated action crime thriller from Oliver Stone (remember him?) is about two pot growers going up against the Mexican drug cartel, and features Blake Lively at the end of her Gossip Girl run.

It’s definitely a rainy day watcher, and one you can come happily back to if you’ve seen it before.

The Skinny: You know what you get these days from Best Actor Academy Award Winner Nicolas Cage (true story). A paper thin plot, exceptional overacting, and some laugh-out-loud hilarious scene eating.

According to the release from Netflix: “Nicolas Cage features in this sci-fi epic about an ancient order of fighters battling powerful space invaders.” It also stars martial arts legend Tony Jaa and badass Frank Grillo.

This looks like being so bad it’s good, or just plain bad. And I’m ok with that!

The skinny: Three years after it premiered to critical acclaim at the Sundance Film Festival, Monster will be released on Netflix in late March.

Based on the award-winning novel by Walter Dean Myers, Monster (aka All Rise – the name was changed after the release of the CBS TV show) tells the story of Steve Harmon, a 17 yr old honors student and aspiring filmmaker who gets caught up in a robbery where a murder happens.