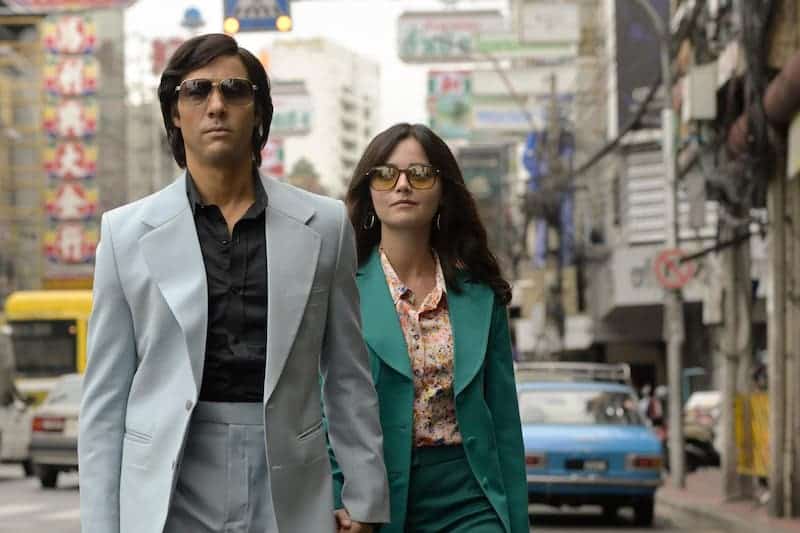 What’s Coming to Netflix in April 2021

April is set to be streaming hot fire on Netflix, with the giant set to unleash the Charles Sobrahj serial killer drama, its big-ticket fantasy series for 2021, and plenty of chuckles from Melissa McCarthy’s new superhero show.

The skinny: Documentary on the teenager, “White Boy Rick,” who was charged with running an inner-city drug operation. There’s also a movie about this kingpin kid starring Matthew McConaughey, but this documentary is much more gritty and interesting. Stick with the real thing.

The Serpent is based on the true story of notorious killer/conman/swindler Charles Sobrahj, who became the world’s most-wanted man in the 1970s when he preyed on Western tourists traveling along the “The Hippy Trail” of Asia.

The skinny: This drama from first-time feature director and writer Ricky Staub is inspired by the real-life Fletcher Street Stables.

Teenager Cole (Caleb McLaughlin) is taken to live with his estranged father Harp (Idris Elba) in North Philadelphia, where he discovers the city’s vibrant urban cowboy subculture that provides safety and purpose for the neighborhood despite the challenges of poverty, crime, and violence rife in the area.

The skinny: This heavy-duty Korean thriller from director Hoon-Jung Park shows off revenge through the lens of the mafia; cold, planned, and ruthless.

After a tragedy results in brutal retaliation, mob strongman Tae-gu is sent to the island of Jeju to lay low. There he meets Jae-yeon, a woman with a terrible illness, and gets drawn into the criminal world that won’t leave him behind.

Much like Yakuza films of Japan, or other Korean psychological dramas (think Old Boy), Park looks to balance criminal action with themes of personality, revenge, physical/mental degradation, and self-destruction.

The skinny: “In a world where supervillains are commonplace, two estranged childhood best friends reunite after one devises a treatment that gives them powers to protect their city.”

I prefer to go with: IRL besties Octavia Spencer and Melissa McCarthy say and do a whole bunch of random funny shit while wearing stinky superhero suits and trying to stop bad guy Bobby Cannavale from destroying the city. Keep an eye out for McCarthy’s husband getting tasered, and some Jason Bateman weird shit too.

See more about - The 10 best travel shows on Netflix

The skinny: As a fine art fan, I get that I may be a little more excited by this documentary than others, but a bit of thieving and culture together is always enjoyable.

In 1990, two men dressed as cops con their way into a Boston museum and steal a fortune in art. This documentary series goes deep into the theft, like some sort of real-life Oceans 11.

The skinny: “A house as old as this one, becomes, in time, a living thing.”

This is a top drawer haunted house scarefest about a naive aspiring author who travels to a dilapidated Gothic mansion with her new husband and his disapproving sister. There, she is haunted by ghostly visions and the living, breathing house.

The Skinny: “I was hired to win, I use whatever resource at my disposal.”

Chastain again, joined by another all-star cast (Mark Strong, John Lithgow, Alison Pill, Sam Waterston) in a taut political thriller of intrigue and dirty secrets. Chastain plays ruthless political lobbyist Elizabeth Sloane, who may have bitten off more than she can chew when taking on her biggest political rival

The skinny: Shadow and Bone is billed as one of Netflix’s big series releases of 2021, and it’s easy to see why, with a compelling story and fantasy elements reminiscent of Harry Potter and Game of Thrones.

Shadow and Bone tells the story of mapmaker Alina Starkov, an orphan of the country of Ravka, who when saving her friend from a shadowy enemy is found to be Grisha. The Grisha are people with the ability to manipulate the elements to use as weapons.

The skinny: The latest animated series from Le Sean Thomas, Yasuke will feature the voice of LaKeith Stanfield as the slave-turned Samurai.

The tagline reads: “He came from Africa and fought alongside a mighty feudal lord in brutal 16th century Japan. They called him the Black Samurai, and he became a legend.”

I’m all in for this one!