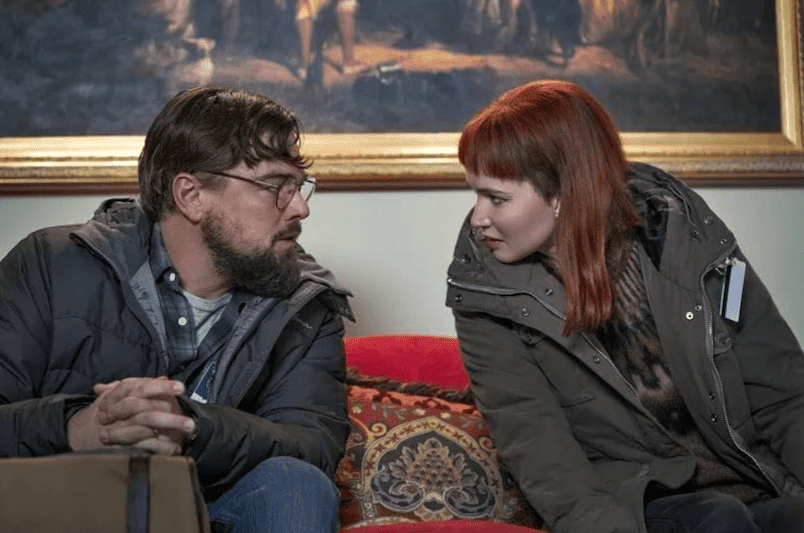 What’s Coming To Netflix This December 2021

December at Netflix is loaded with quality new shows, the return of old favorites, and an outstanding selection of award hunting feature films.

The streamer debuts a hotly anticipated Original film chock-full with A-listers, the finale of its biggest international hit, a bit of Henry Cavill action, and a new Harlan Coben drama adaptation.

Below you’ll find information on the top ten shows and movies for December on Netflix. Plan your viewing schedule accordingly so you don’t miss any of the action.

The Power of the Dog is another drama pointed squarely at Awards season. Benedict Cumberbatch chews the scenery as rancher Phil Burbank, a brilliant yet fearsome bully and a man who love forgot.

Phil’s brother George (Jesse Plemons) returns to the ranch to help him drive cattle and brings with him a new wife Rose (Kirsten Dunst), and her son Peter (Kodi Smit-McPhee). Things begin to change as Phil sees possibilities beyond what he once thought achievable.

Directed by Jane Campion (The Piano), The Power of the Dog is certain to leave an impression.

Looper is one of those films that demands a re-watch, both for a better understanding of its approach to hitman of the future, and an appreciation of the skills brought by stars Joseph Gordon Levitt and Bruce Willis, and writer/director Rian Johnson.

If you like smart hitman action flicks with a side serving of Bladerunner, Looper should be at the top of your December watch list.

The final episodes of Netflix’s most-watched international series should be anything but boring, as the Professor tries to get the gang out of the bank.

The first part of series five, which dropped in September, has done nothing to dampen the anticipation for the Money Heist finale.

Do yourself a favor and binge-watch the previous four installments and get ready for the end of a fantastic show.

Voir is a six-part documentary series from executive producers David Fincher and David Prior that plays as a group of love letters to cinema.

The official notes describe Voir as “a series of visual essays celebrating cinema and the personal connection we each have to the stories we see on the big screen. From intimate personal histories to insights on character and craft, each episode reminds us why cinema holds a special place in our lives.”

Whatever the hold movies have on you, Voir will remind you of how, and why, you fell in love with film.

Sandra Bullock playing a hardened and bitter convict released on parole after committing a violent crime? Sign me up for The Unforgivable right now.

Ruth Slater (Bullock) has been released from prison after a decade but is unable to move past the events that saw her put away. Her transition isn’t aided by a society unwilling to forgive her.

Academy Award winner Bullock doesn’t miss often, and The Unforgiven is an interesting change of pace from much of her recent work.

Geralt of Rivia (gamer Henry Cavill) is back bigger and badder than ever in the second season of The Witcher.

Geralt gets back to monster slaying this season, along with helping train Ciri (Freya Allen) at Kaer Morhen, while Yennefer (Anya Chalotra) works her magic powers while trying to thwart the Nilfgaardian Empire as it leaves a path of destruction in its wake.

At just eight action-packed episodes, I may try to bust through The Witcher in a day!

“Based on real events that haven’t happened – yet.”

Don’t Look Up stars A-listers Leonardo DiCaprio and Jennifer Lawrence in a film written and directed by Adam McKay (The Big Short, Step Brothers). DiCaprio and Lawrence play “two low-level astronomers who must go on a giant media tour to warn mankind of an approaching comet that will destroy planet Earth. ”

Don’t Look Up opens in theaters from December 10 before coming to Netflix on Christmas eve.

While her brother Jake’s been getting dragged by Taylor Swift, Maggie Gyllenhal has crafted her directorial debut with the Lost Daughter.

Olivia Coleman plays a woman who takes a little bit too much of an interest in the family of a fellow tourist (Dakota Johnson). Her obsessive and creepy behavior brings to the surface troubles from her own past.

Two-time Academy Award winner Coleman could be on the lookout for another statue with this taut, intense psychological drama.

Harlan Coben has proved fruitful territory for streaming shows, with the maestro’s taut thrillers providing the basis for popular global television that includes Safe, Just One Look, and The Woods (my favorite of his adapted shows).

The latest Netflix show based on Coben’s writing is the limited series Stay Close, about the intersection between the lives of a photojournalist, soccer mom, and homicide detective.

Everyone seems to be concealing dark secrets and is prepared to do plenty of mischief in order to keep them hidden.

The enjoyable Karate Kid spinoff shows no signs of slowing down in its fourth season, as Daniel (Ralph Macchio) and Johnny band together to fight a common enemy.

For those of us who grew up with Karate Kid, Cobra Kai is a brilliant mix of cleverness, nostalgia, and watchability.